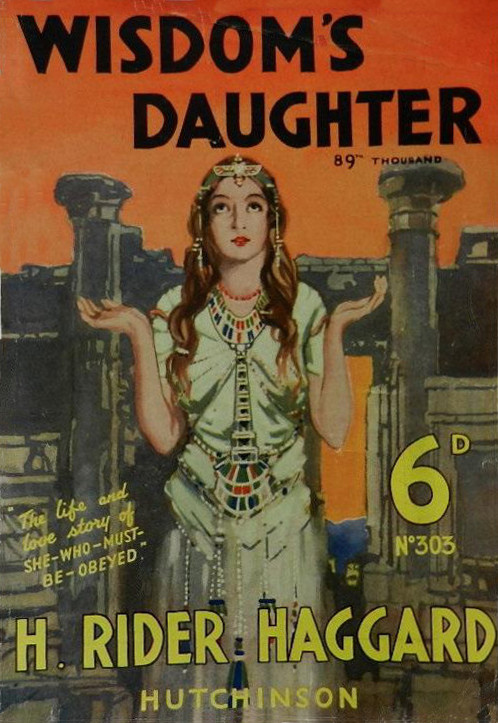 Wisdomʹs Daughter: The Life and Love Story of She‑ Who‑Must‑Be‑Obeyed provides the backstory of Ayesha. In this romance, we learn of Ayesha's time in Egypt as a priestess of the goddess Isis, her meeting with Kallikrates, and her flight to Kôr. Chronologically, it is the first book in the She series followed by She (1887), Ayesha, The Return of She (1905) and She and Allan (1921).