She, A History of Adventure 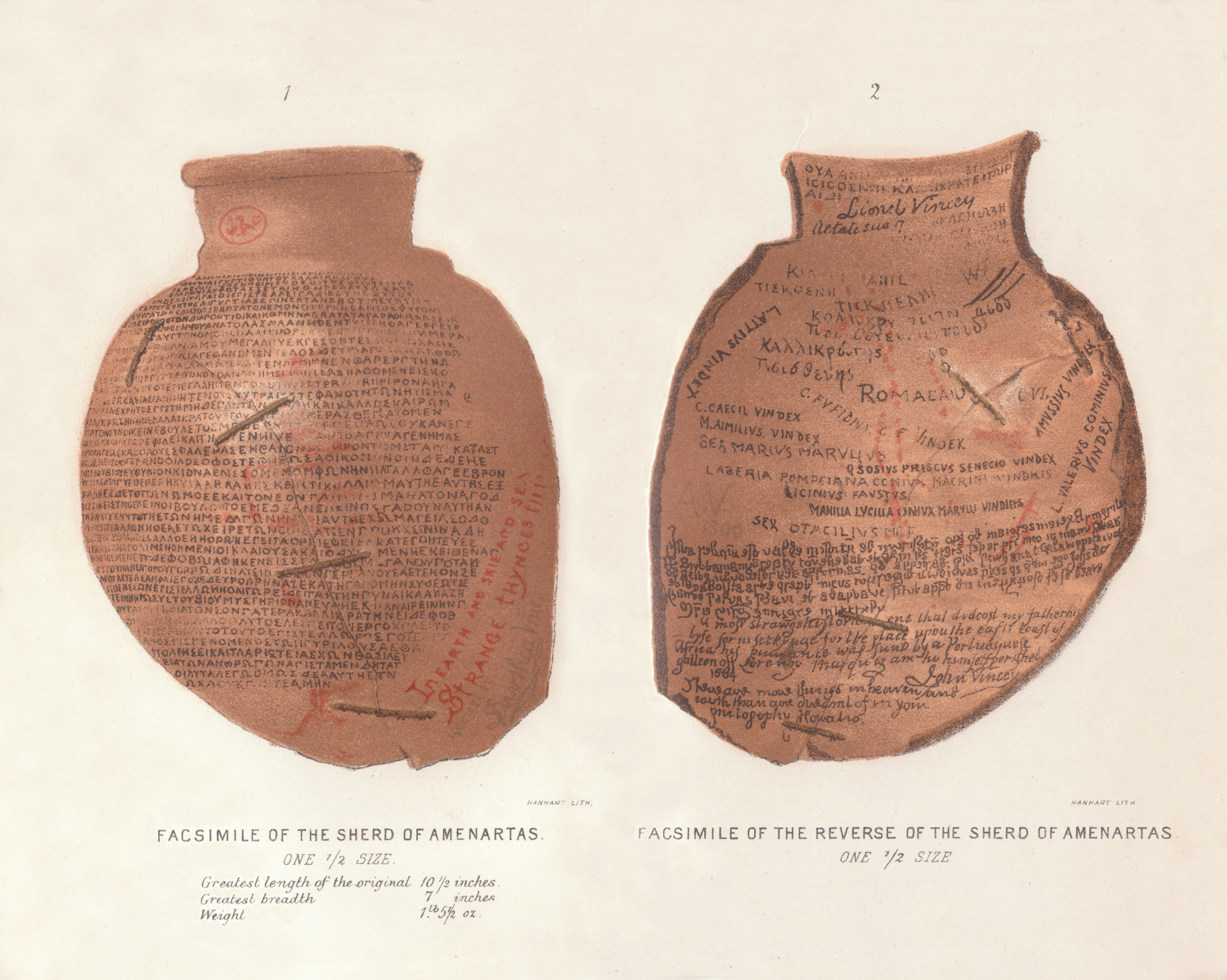 In the lost world romance She, A History of Adventure, English adventurers Horace Holly, a Cambridge University professor, and Leo Vincey, his handsome ward, are inspired by inscriptions on the Sherd of Amenartas to charter a ship to Africa. Following a catastrophic shipwreck on the eastern African coast, Leo and Holly encounter the cannibal Amahaggar tribe who lead the men to their terrible Queen, Ayesha, in her kingdom of Kôr. Leo discovers that he is the reincarnation of Kallikrates, and must decide between the affections of the immortal Ayesha or her rival, the beautiful Amahaggar woman Ustane. She introduces one of Haggard’s most enduring characters, Ayesha or “She-who-must-be-obeyed,” who will appear again in Ayesha (1905), She and Allan (1920), and Wisdom's Daughter (1923). She is also Haggard's most critically significant romance, drawing interest from women's studies scholars; psychoanalytic critics (including Freud); and race theory scholars.

She was serialized in The Graphic, London, and Harper's Weekly, New York, from October 1886 through January 1887. Both serializations were illustrated by E. K. Johnson. Harper's Franklin Square Library, New York, published the first US edition on 24 December 1886, which featured 14 full-page illustrations by Johnson. Longmans, Green, and Co., London, published the first UK edition of She in a print issue of 10,000 copies on 1 January 1887. This edition included a 2-page frontispiece of the Sherd of Amenartas, which Haggard drew with the help of his sister-in-law, Miss Barber. Longmans, London, published the UK's first illustrated version of She on 1 November 1888, which included 32 illustrations by Maurice Greiffenhagen and Charles Kerr (19 full-page and 13 supplemental). Unfortunately, not all illustrations in the Kerr and Greiffenhagen edition are signed, so attributing illustrations to artists with absolute certainty is not possible. Visitors should attend to the disqus comment history to see if the editors have identified attribution ambiguity. Whatmore claims that Longmans published the first illustrated book version of She, but he does not take the Harper's edition into account. In 1925 George Newnes New-Size Novels, published an edition of She illustrated with photoplay scenes from a Lee-Bradford Production starring Betty Blythe. Grosset & Dunlap, New York, published 8 photos from this photoplay in 1926. The artist Quint illustrated a frontispiece for the 1920 L'Édition Française Illustrée French translation of She. Macdonald & Co., London, published an edition of She illustrated by Hookway Cowles in December 1948, 1st thus, with a 3rd imprint appearing in September 1950. Of all the artists tasked with illustrating She, Haggard evidently preferred those of Greiffenhagen above all others, as he hung several of Greiffenhagen's original designs for the book in his Ditchingham, Norfolk, home.

Editions of She, A History of Adventure

Illustrations from She, A History of Adventure