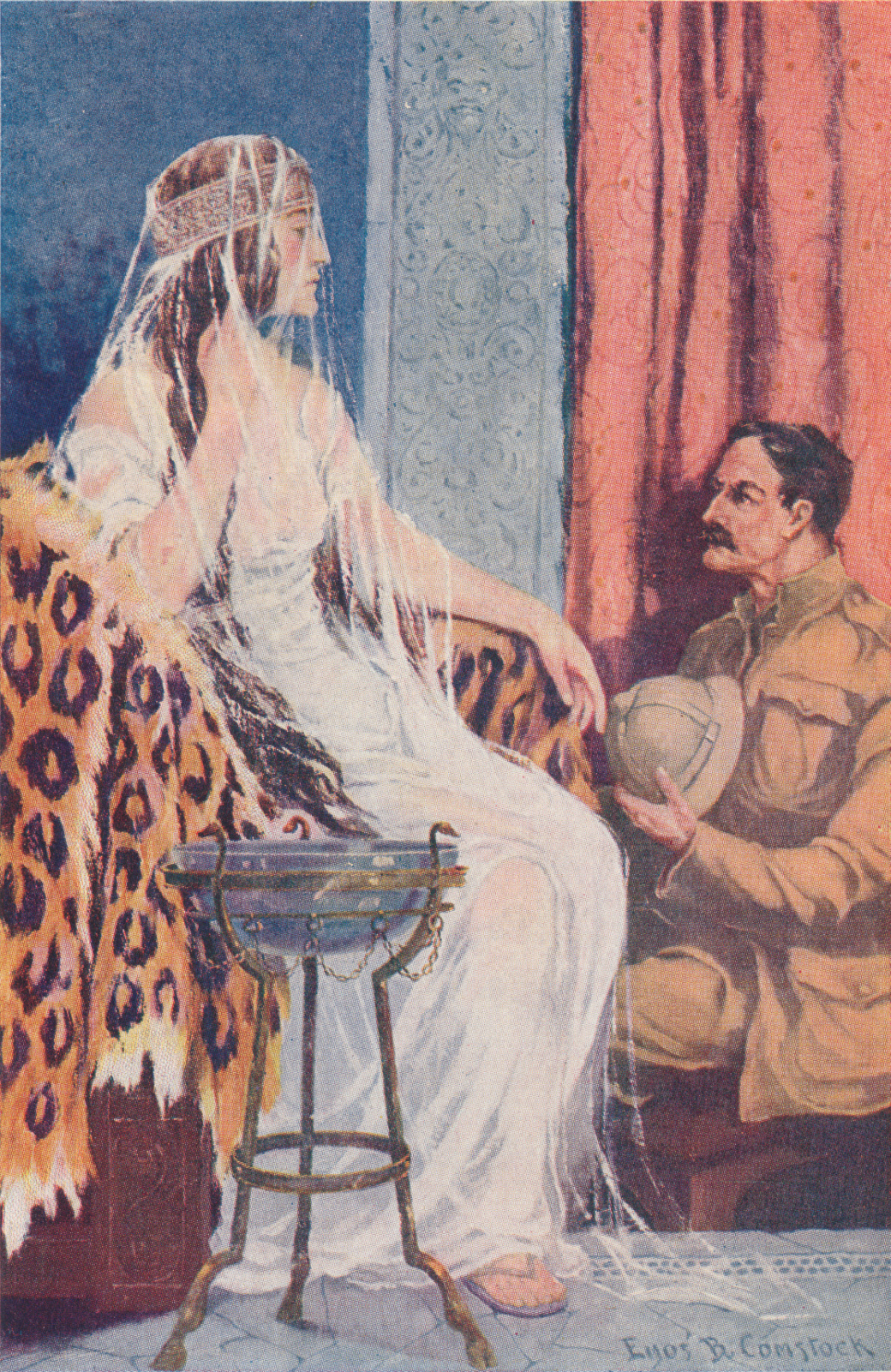 Haggard’s two most popular characters, Ayesha and Allan Quatermain, share an adventure in She and Allan. Accompanied by the Zulu warrior Umslopogaas and guided by the witch-doctor Zikali, in this lost world novel Allan and Ayesha join forces to journey to the land of the dead. Told from hunter Quatermain's perspective, the plot of this novel precedes events in Wisdom's Daughter (1923), She (1887), Ayesha (1905), and Allan Quatermain (1887), but they are set after those depicted in Quatermain's adventure novels Marie (1912), Child of Storm (1913), Finished (1917) and King Solomon's Mines (1885).

She and Allan was serialized in multiple British and American periodicals. Between July 1919 and March 1920 Hutchinson's Story Magazine serialized Haggard's novel under the title She Meets Allan, in an issue illustrated with 17 prints by Maurice Greiffenhagen. A serial also ran in the Sunday numbers of The Sandusky Register from 14 December 1919 until 28 March 1920. Edmund Frederick provided two illustrations per-number for this serial, and Vincent Aderente illustrated the frontispiece. On 14 March 1921 the publisher Hutchinson and Co., London, issued the first UK edition, which included 8 illustrations by Greiffenhagen. Longmans, Green, and Co., New York, published the first US edition in 1921, which featured a color frontispiece by Enos B. Comstock. Macdonald & Co., London, published an edition of She and Allan illustrated by Hookway Cowles in 1960.

Editions of She and Allan

Illustrations from She and Allan