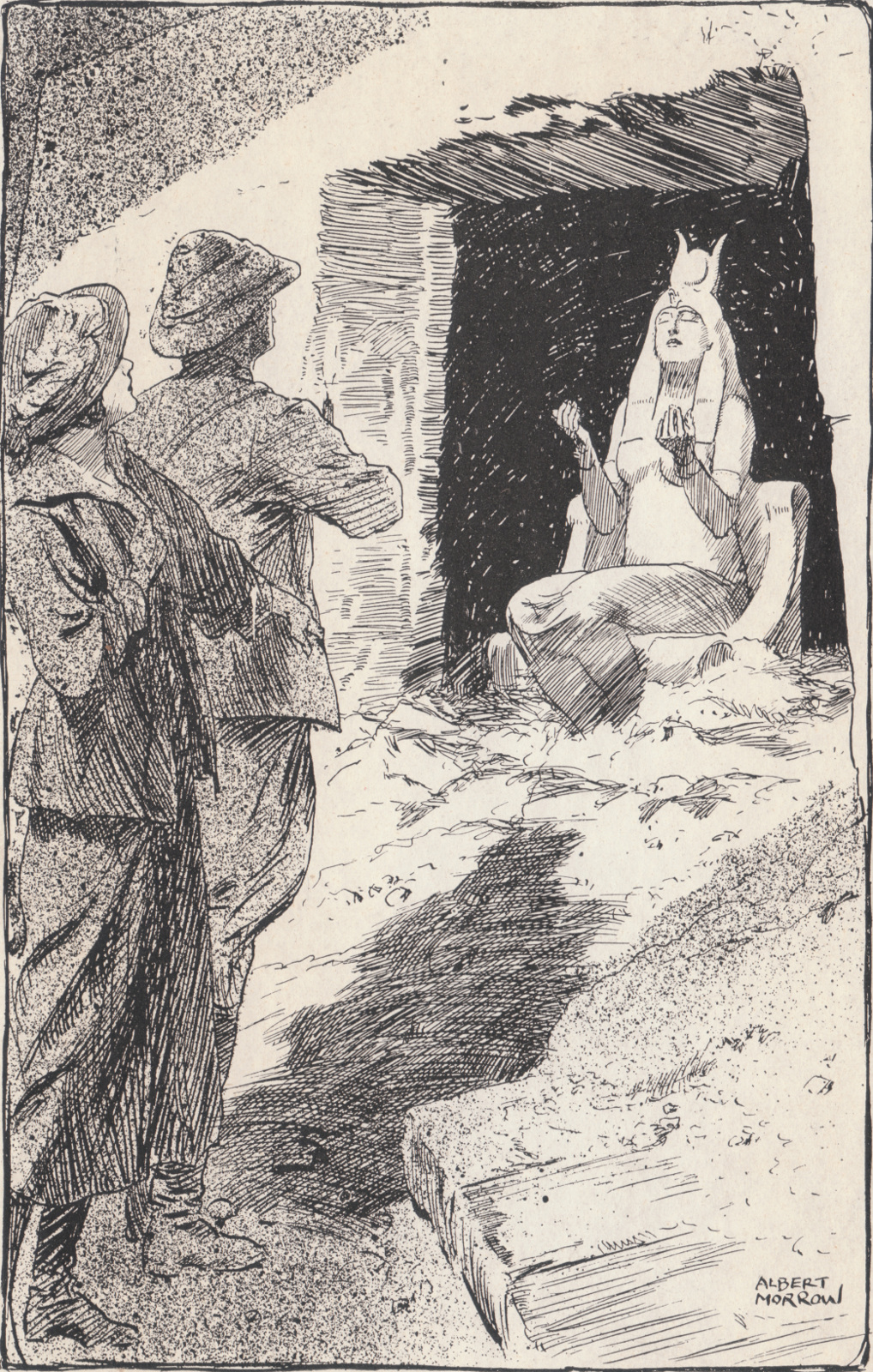 Allan Quatermain and Lady Luna Ragnall team up in The Ancient Allan, an adventure that continues Allan and the Holy Flower (1915) and The Ivory Child (1916). Under the influence of the magical herb taduki, Ragnall and Quatermain experience a shared past life as lovers in ancient Egypt.

Cassell’s Magazine serialized AA from March to October 1919, in a printing illustrated by Albert Morrow. Cassell and Co., London, published the first edition of AA on 12 February 1920, which was accompanied by a color dust jacket and eight monochrome illustrations by Morrow. 12,500 copies printed. The 5th printing of the Cassell and Co. edition published in 1934 included an illustrated dust jacket, but was not illustrated. In 1920 Longmans, Green, and Co., New York, published an edition that included a color frontispiece by Enos B. Comstock.

Editions of The Ancient Allan

Illustrations from The Ancient Allan