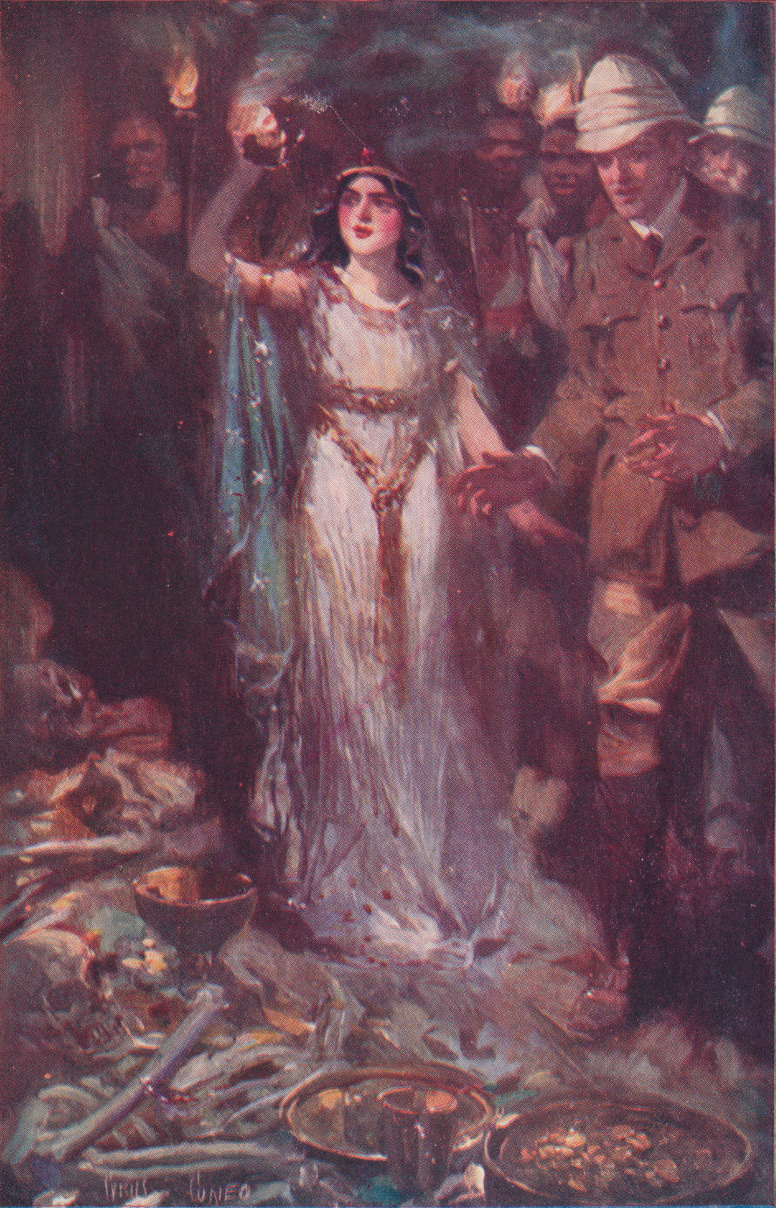 Queen Sheba's Ring is a lost world adventure set in central Africa in which Englishman Dr. Richard Adams and his companions enlist the help of Maqueda, queen of the Fung, to rescue Adams's son from the Abati people. Haggard wanted to title it Maqueda, but his publisher pushed for QSR because, “There’s romance in the title and women love a story about a ring” (qtd. Whatmore 52). QSR was serialized in Nash's Magazine from April to November 1909. The first UK edition, published by Eveleigh Nash, London, on 10 September 1910, includes a color frontispiece by Cyrus Cuneo. Eveleigh Nash issued 7,600 copies in this printing. Doubleday Page, New York, published the first US edition in 1910, which featured illustrations by Sigurd Schou. Macdonald & Co., London, published an edition of QSR illustrated by Geoffrey Whittam in October 1953, 1st thus, with a 2nd imprint appearing in January 1958.