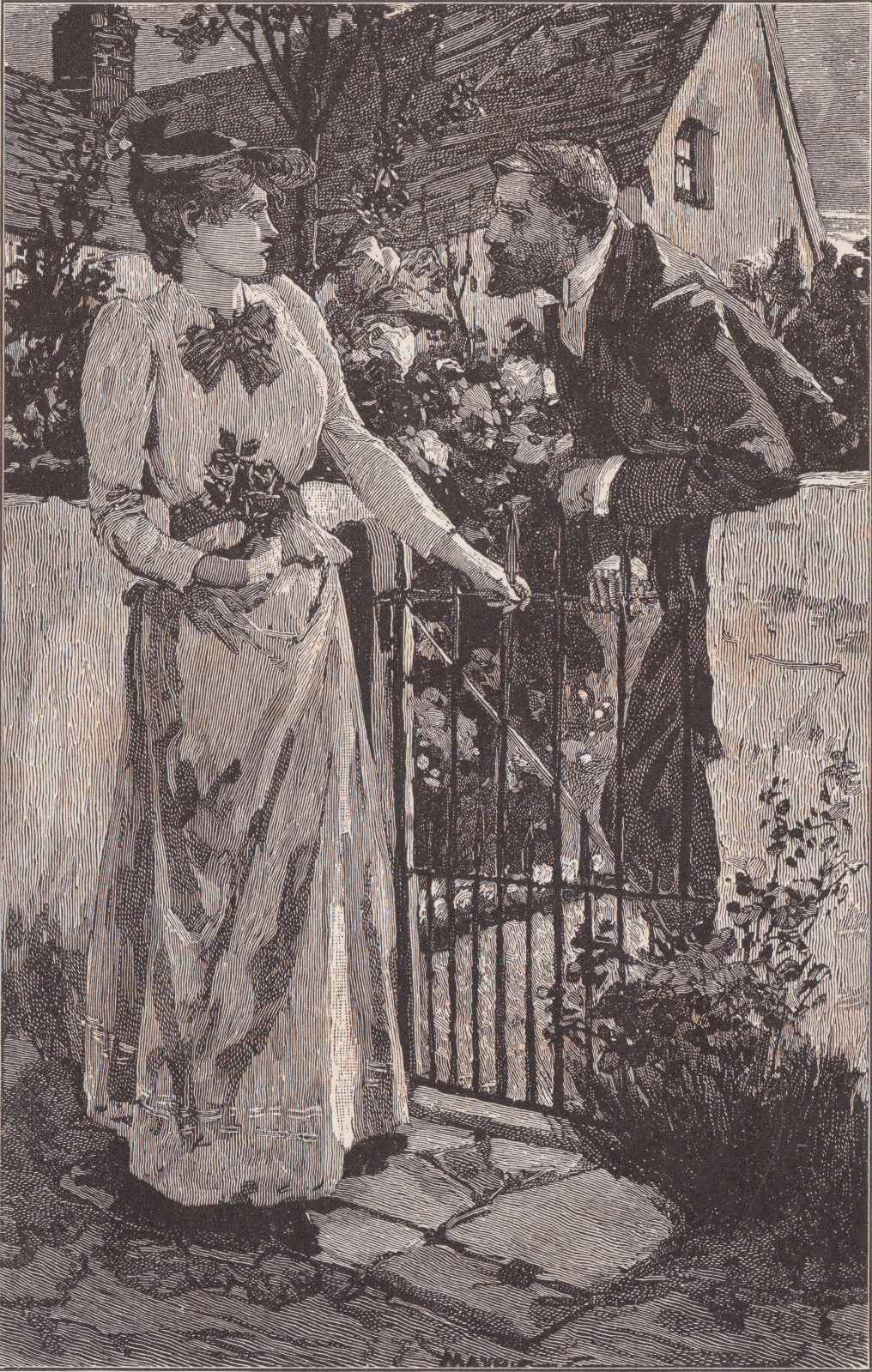 In Haggard's English melodrama Beatrice, the eponymous heroine's adulterous passions result in her suicide. While less popular than his African romances, Haggard's freethinking and atheistic heroine is noteworthy for combining many features of the nineteenth century "New Woman."

In 1890 Harper & Brothers, New York, published an edition of Beatrice that included twelve illustrations. The illustrator's identity is not recorded in the front material of this edition, however because the signature of Lancelot Speed appears on several of these illustrations (see "'He's nothing...'" and "Alas!...") I have attributed all twelve to Speed. Moreover, the Harper & Brothers illustrations were likely commissioned to accompany an earlier serialized printing of Haggard's novel, rather than this specific edition, owing to their obvious cropping (see the bottom-left corner of "'No! never...").