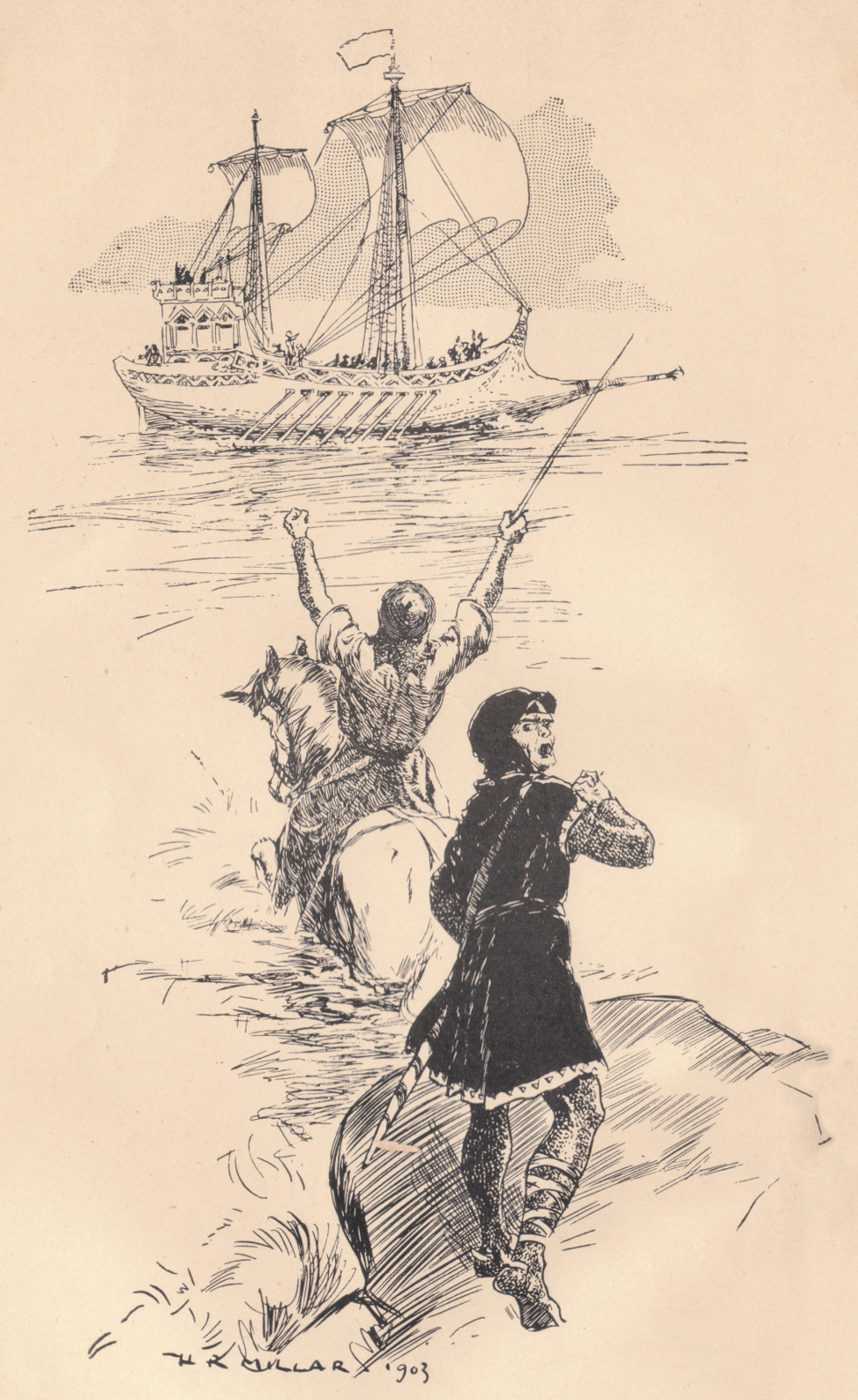 Haggard considered The Brethren, a medieval romance set during the Crusades, to be one of his best historical fictions owing to the extensive research he put into the novel. The adventure follows two Englishmen, the twin brothers Godwin and Wulf, as they pursue their cousin Rosamund to Jerusalem where Saladin holds the maiden captive. Haggard dedicated this novel to his sister Ella (now Mrs. Maddison Green), likely because her son journeyed to Cyprus and Palestine with Haggard as his secretary during the trip which inspired The Brethren.

The Brethren was serialized in Cassell's Magazine December 1903 through November 1904 in a printing that included illustrations by H. R. Millar. Haggard disliked the Millar illustrations and argued they would detract from his novel. Cassell and Co., London, published the first book edition on 30 September 1904, which was published without illustrations at Haggard’s request. 15,000 copies issued. The McClure Phillips, New York, edition published in October 1904 included 16 Millar illustrations. Tauchnitz of Leipzig published a copyright edition in 1904. Macdonald & Co., London, published an edition of The Brethren illustrated by Hookway Cowles in July 1952, 1st thus, with a 3rd imprint appearing in February 1963.


Editions of The Brethren

Illustrations from The Brethren