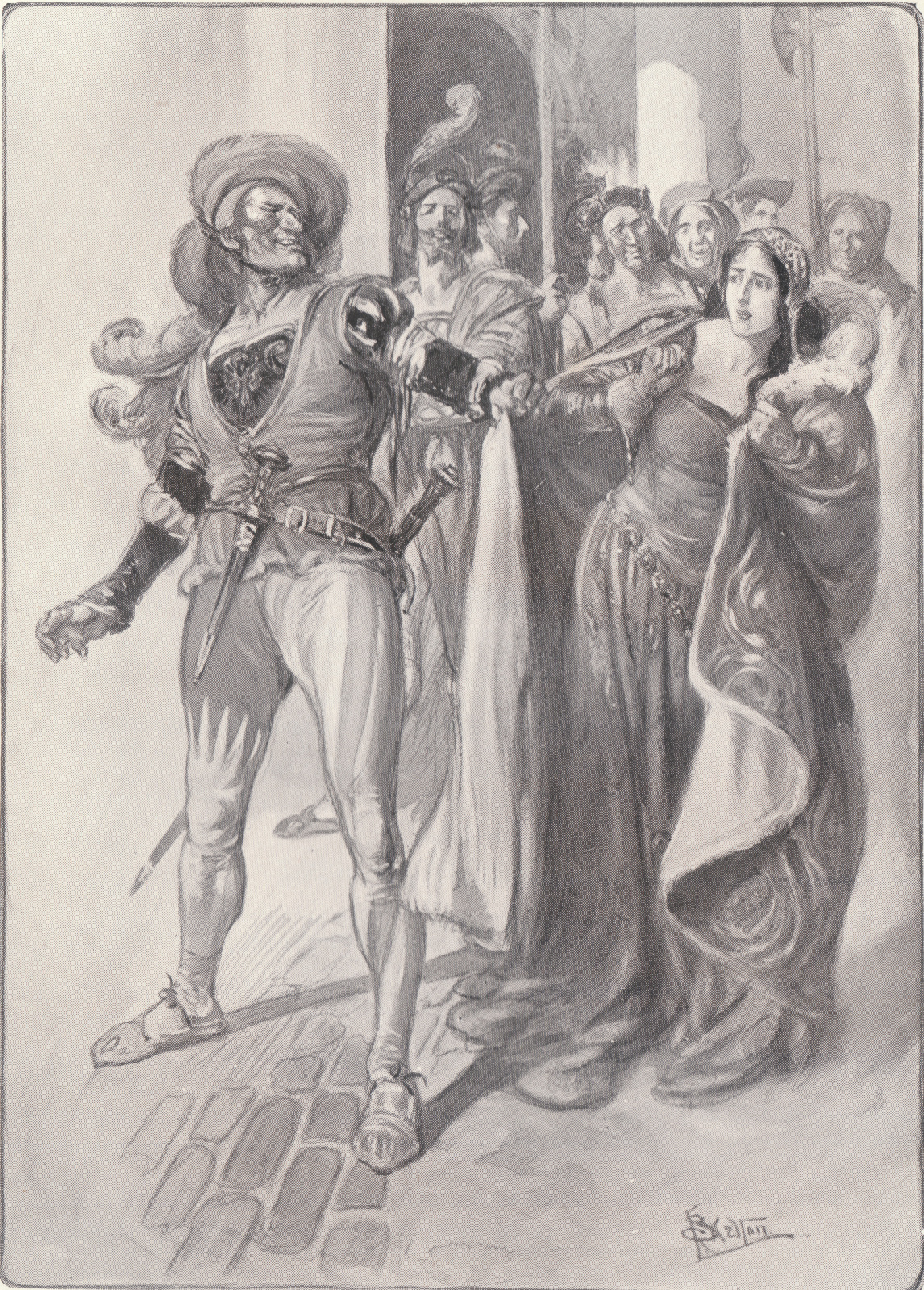 In the Spanish historical romance Fair Margaret, titled simply Margaret in some editions, Peter Brome must rescue his fiancé Margaret Castell from her kidnapper, the Marquis of Morella.