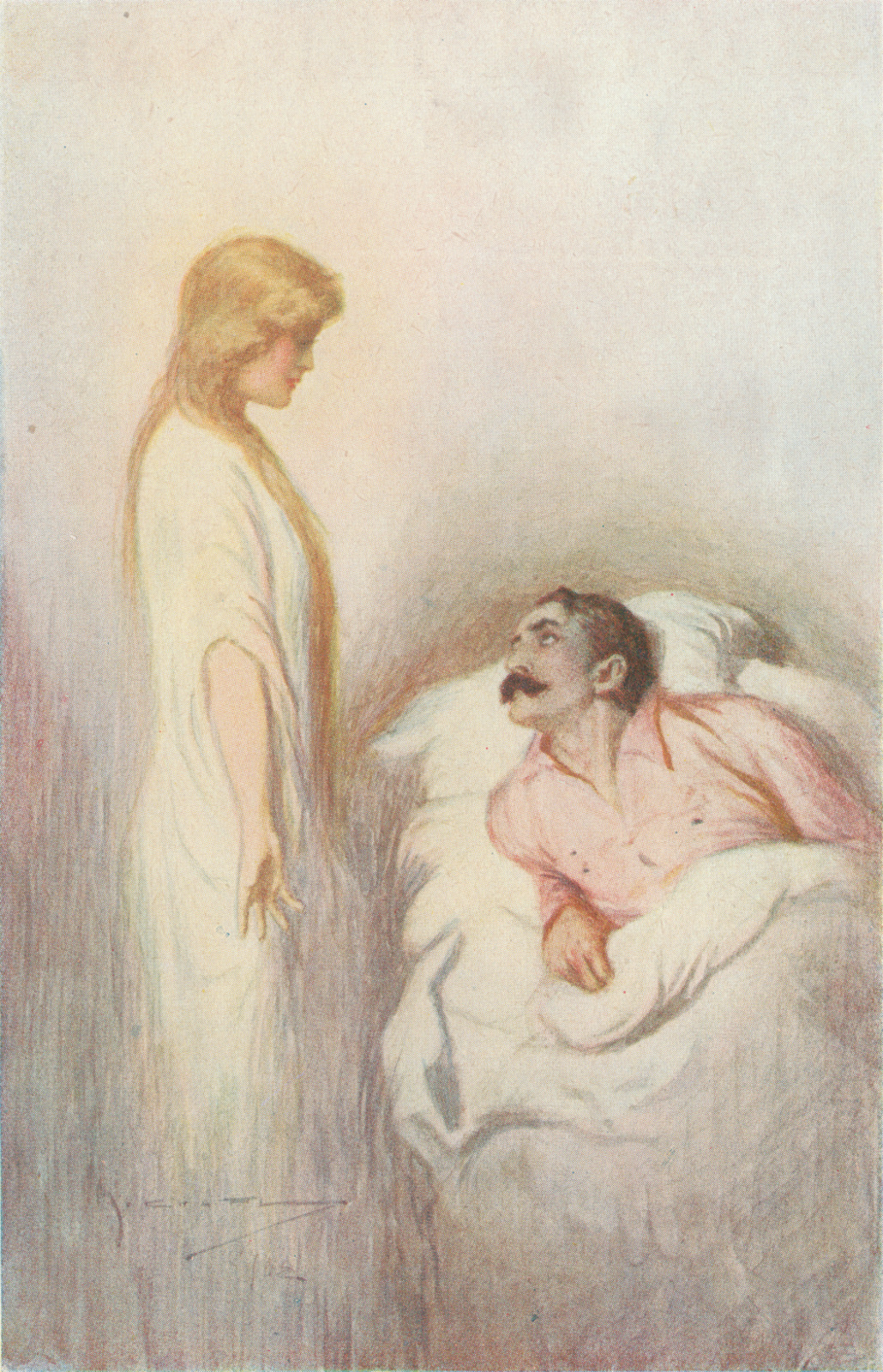 In the supernatural romance Love Eternal, Essex neighbors and eventual lovers Godfrey Knight, a dreamer, and Isobel Blake, a materialist, overcome numerous hurdles before achieving a true union in the afterlife. Haggard disparages the spiritualist movement in this romance, especially in his depiction of the antagonistic Madame Riennes (an obvious avatar for theosophist Madame Blavatsky [1831-91]). Cassell and Co., London, published the first edition of LE on 4 April 1918. This edition featured a color lithograph frontispiece by A. C. Michael, and Cassell printed 12,500 copies in this issue. Longmans, Green, and Co., New York, published the first US edition in 1918, but it is not illustrated.