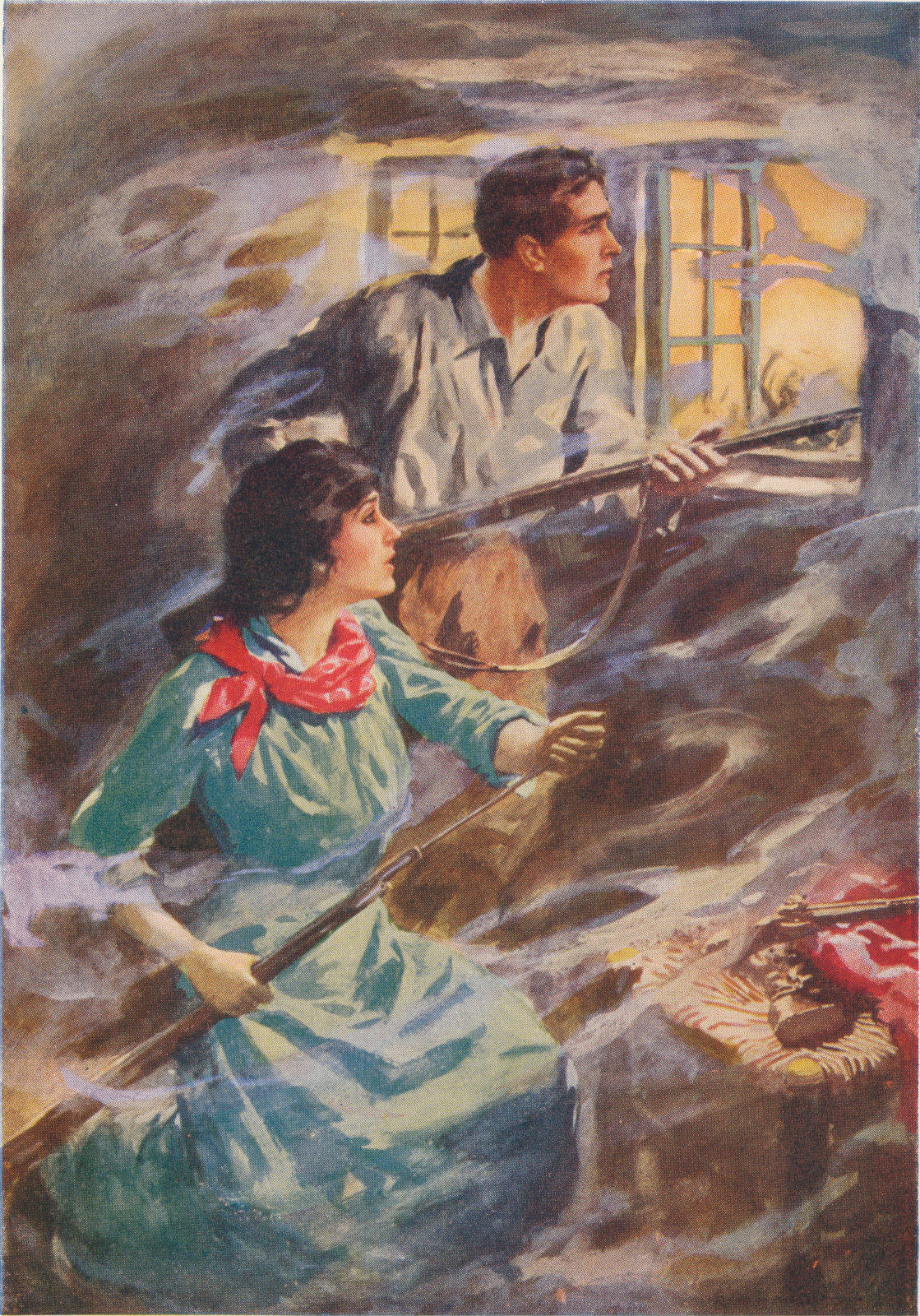 Marie is an Allan Quatermain adventure and the first novel in the trilogy including Child of Storm (1913) and Finished (1917). This story of love and honor recounts the romance and brief marriage of childhood sweethearts Quatermain and Marie Marais. In addition to near constant persecution for his English blood by his Boer companions, Allan endeavors to outwit the murderous Zulu King Dingaan while overcoming the treachery of Marie's cousin and rival suitor Hernando Pereira. Events in this novel are based in part on the Great Trek (1830s-40s) of the Boers from the British controlled Cape Colony to the northern and eastern parts of South Africa. Haggard dedicated Marie to Sir Henry Bulwer, the Lieutenant-Governor of Natal from 1875 to 1880, and a man for whom in 1875 he was appointed secretary.

Marie was serialized in Cassell's Magazine from September 1911 until February 1912, and included twenty illustrations by A. C. Michael. Cassell, London, published the first edition 25 January 1912, featuring 4 full-page illustrations by Michael including a colored frontispiece. Cassell's printed 6,997 copies for this issue. Longmans, Green, and Co., New York, published the first US edition in 1912, which contains the same Michael illustrations as Cassell, but extends the title to Marie: An Episode in the Life of the Late Allan Quatermain. Macdonald & Co., London, published an edition of Marie illustrated by Hookway Cowles in 1959.