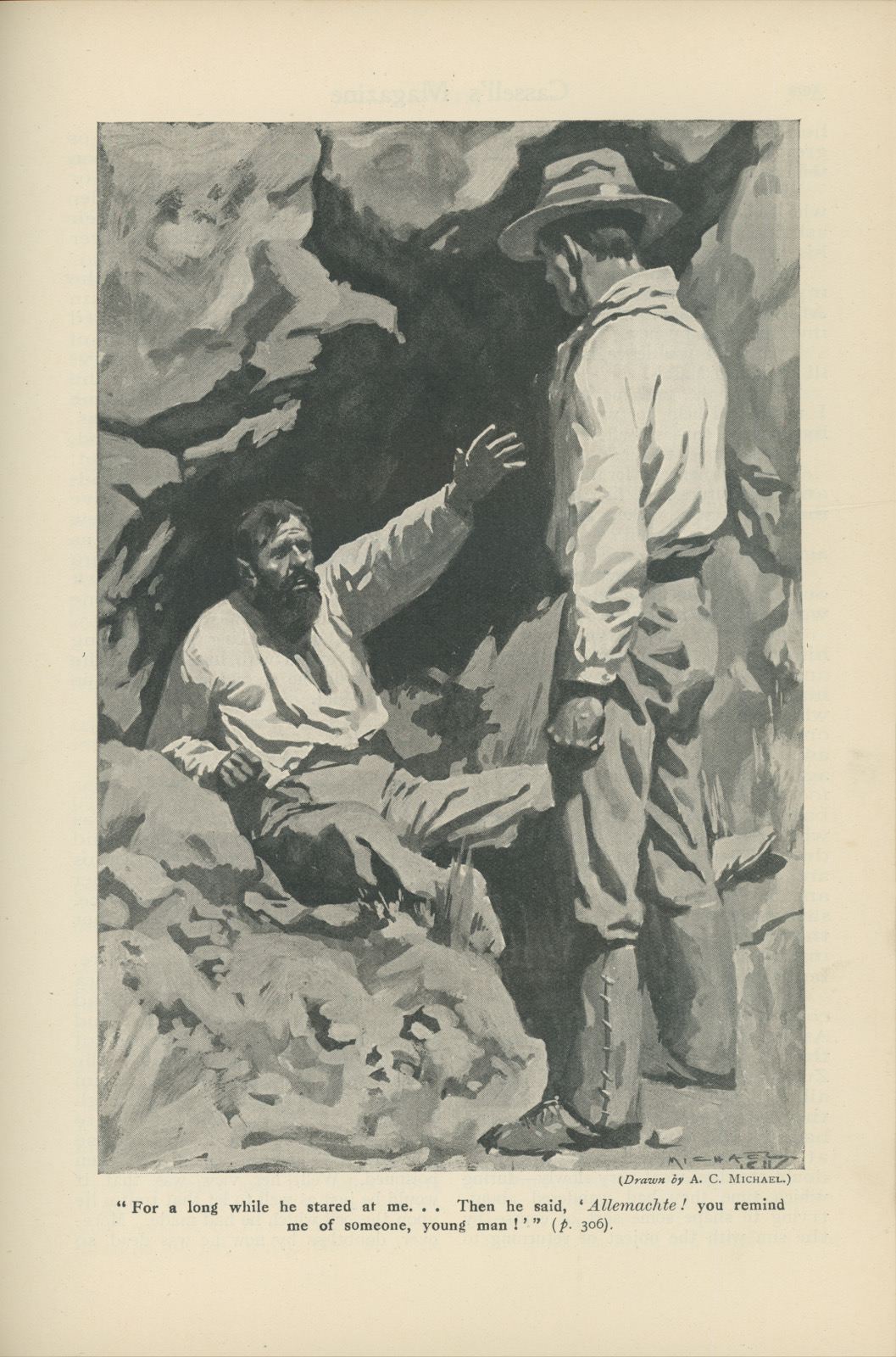 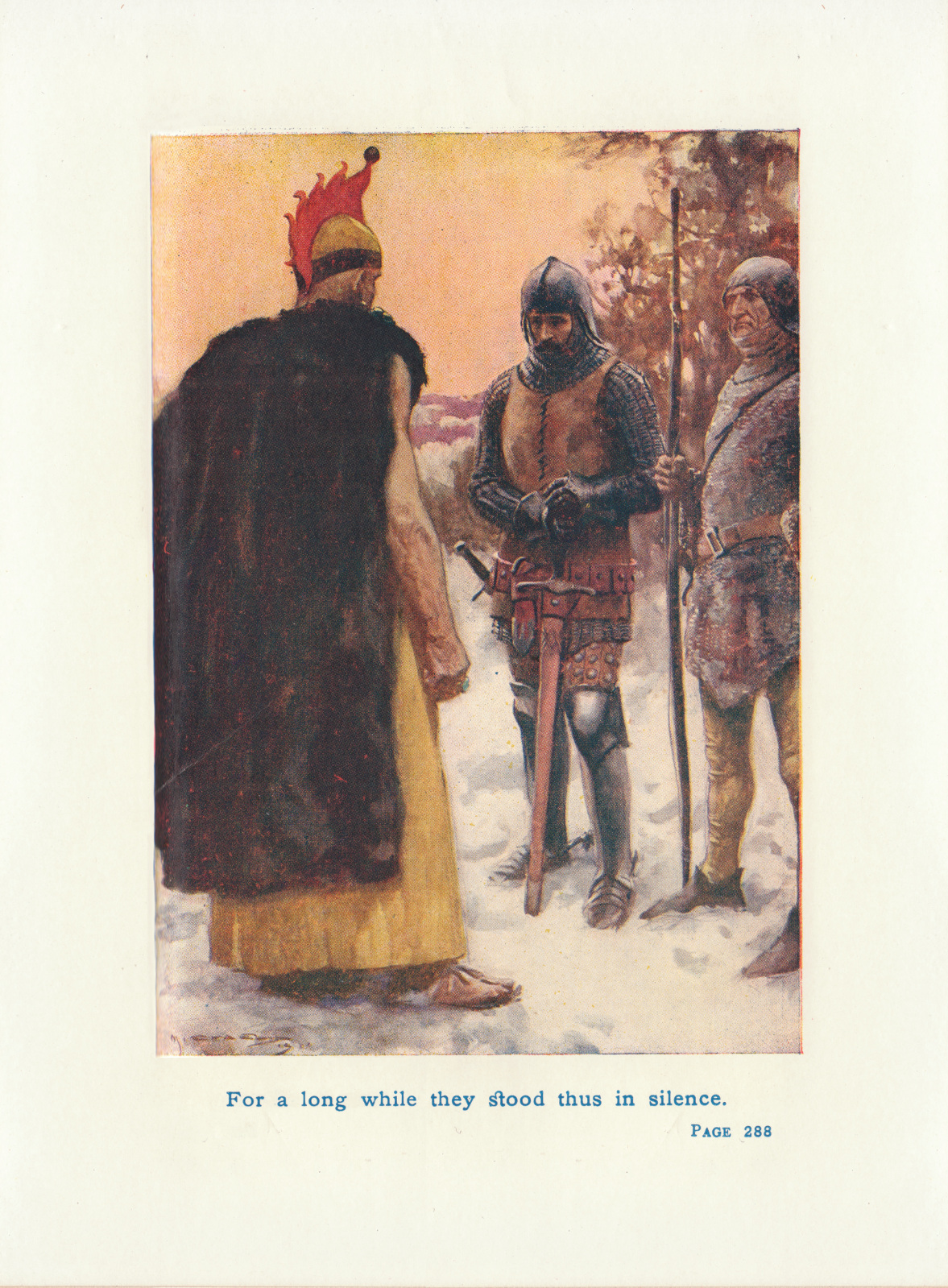 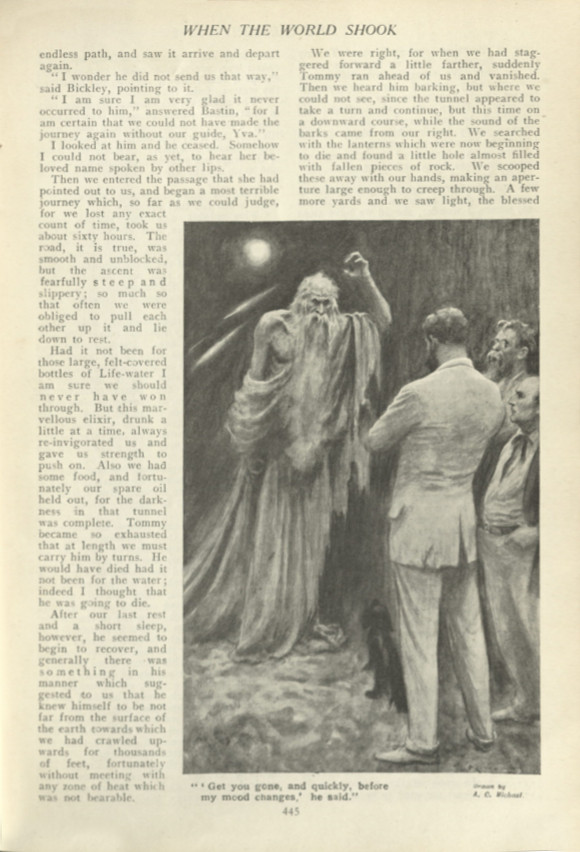 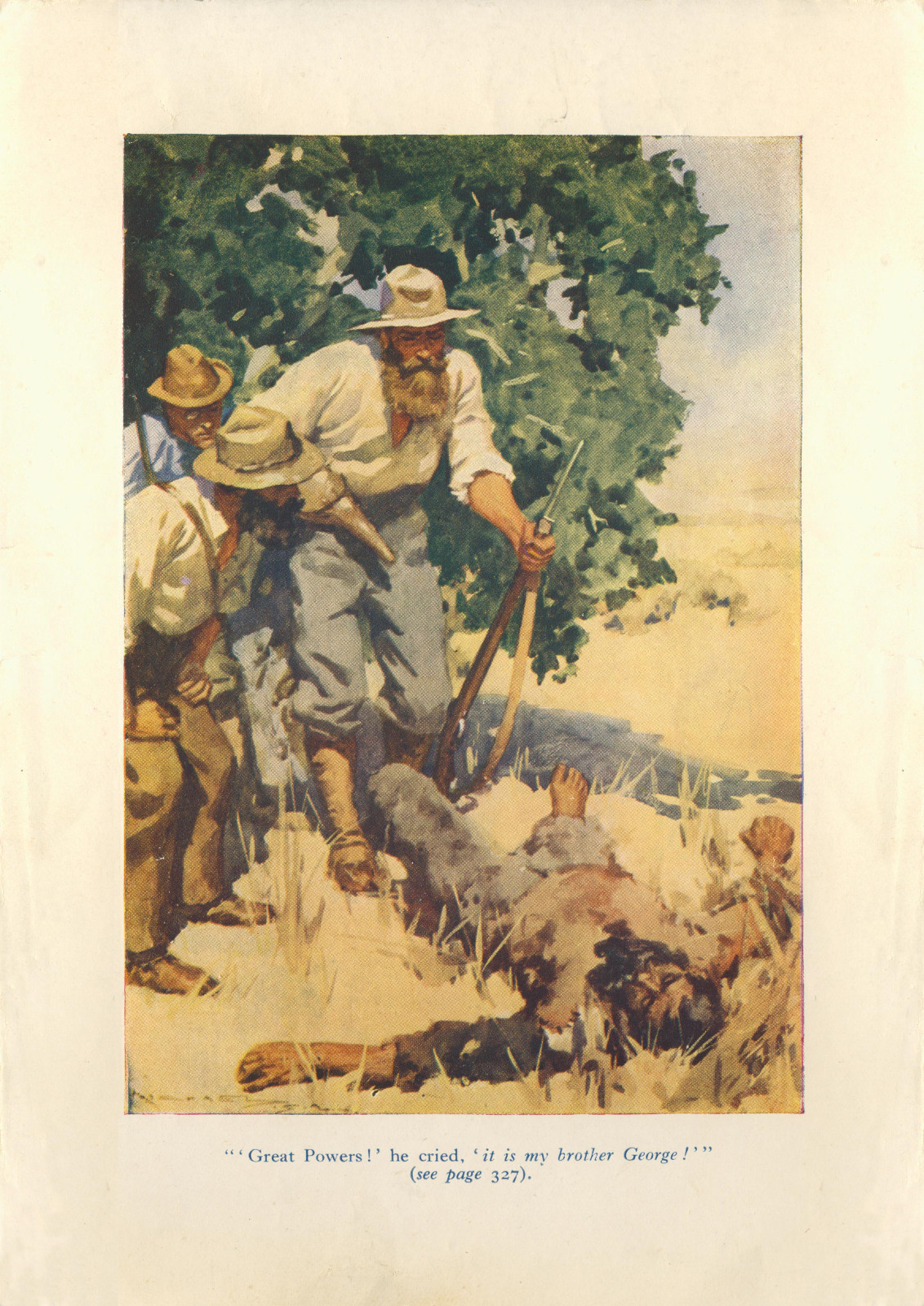 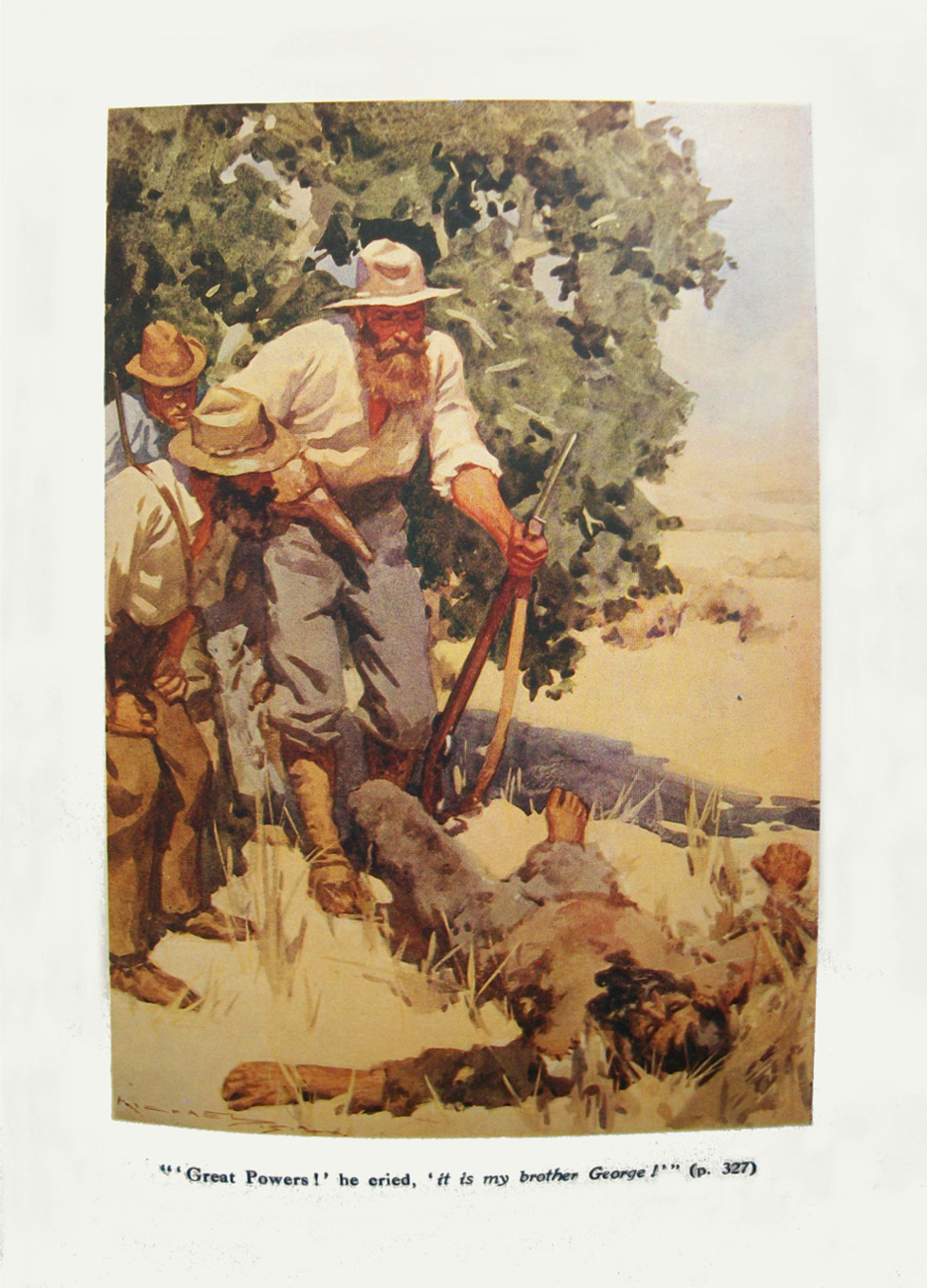 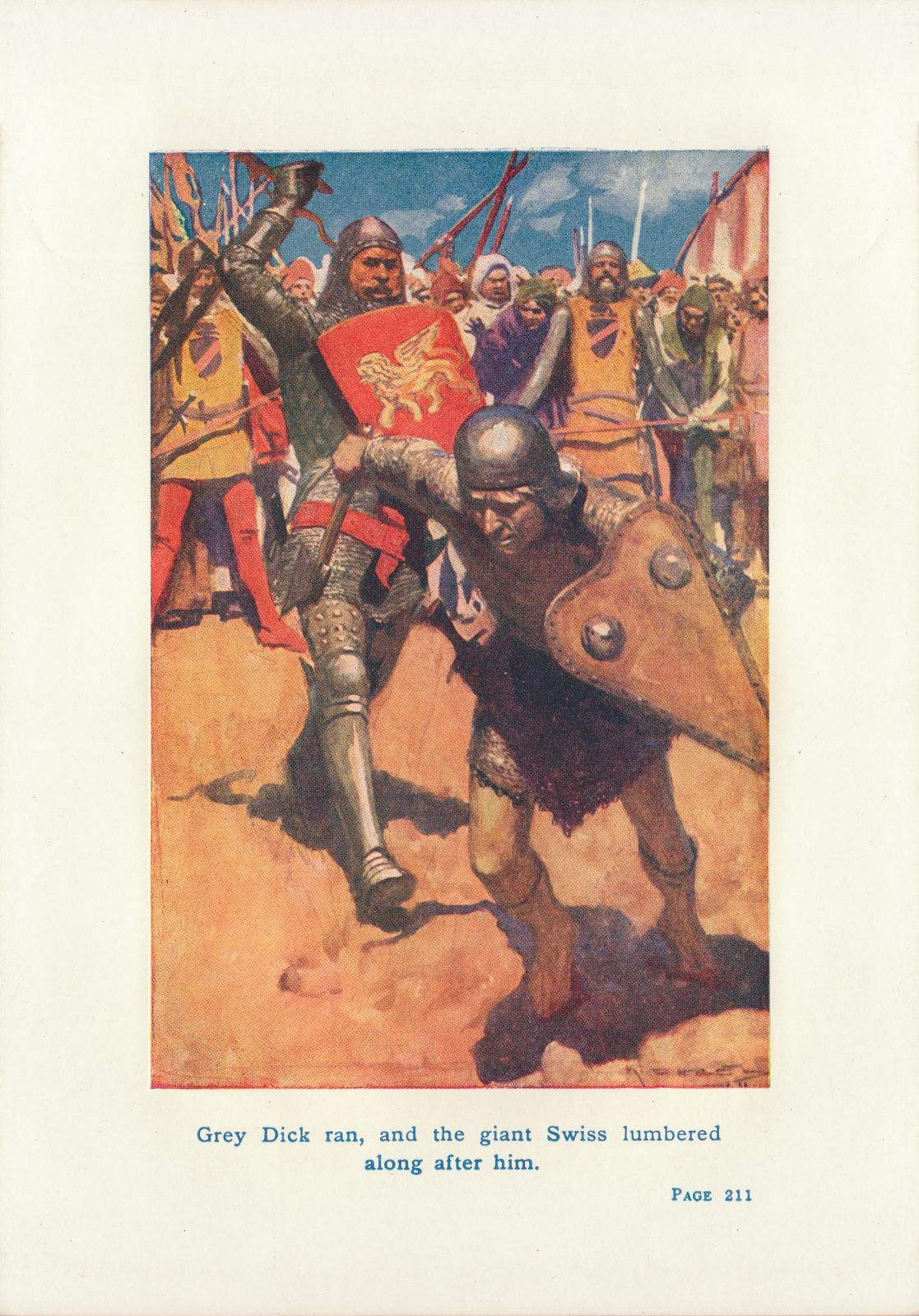 Grey Dick ran, and the giant Swiss lumbered along after him.. Red Eve. 1st UK Edition. 1911 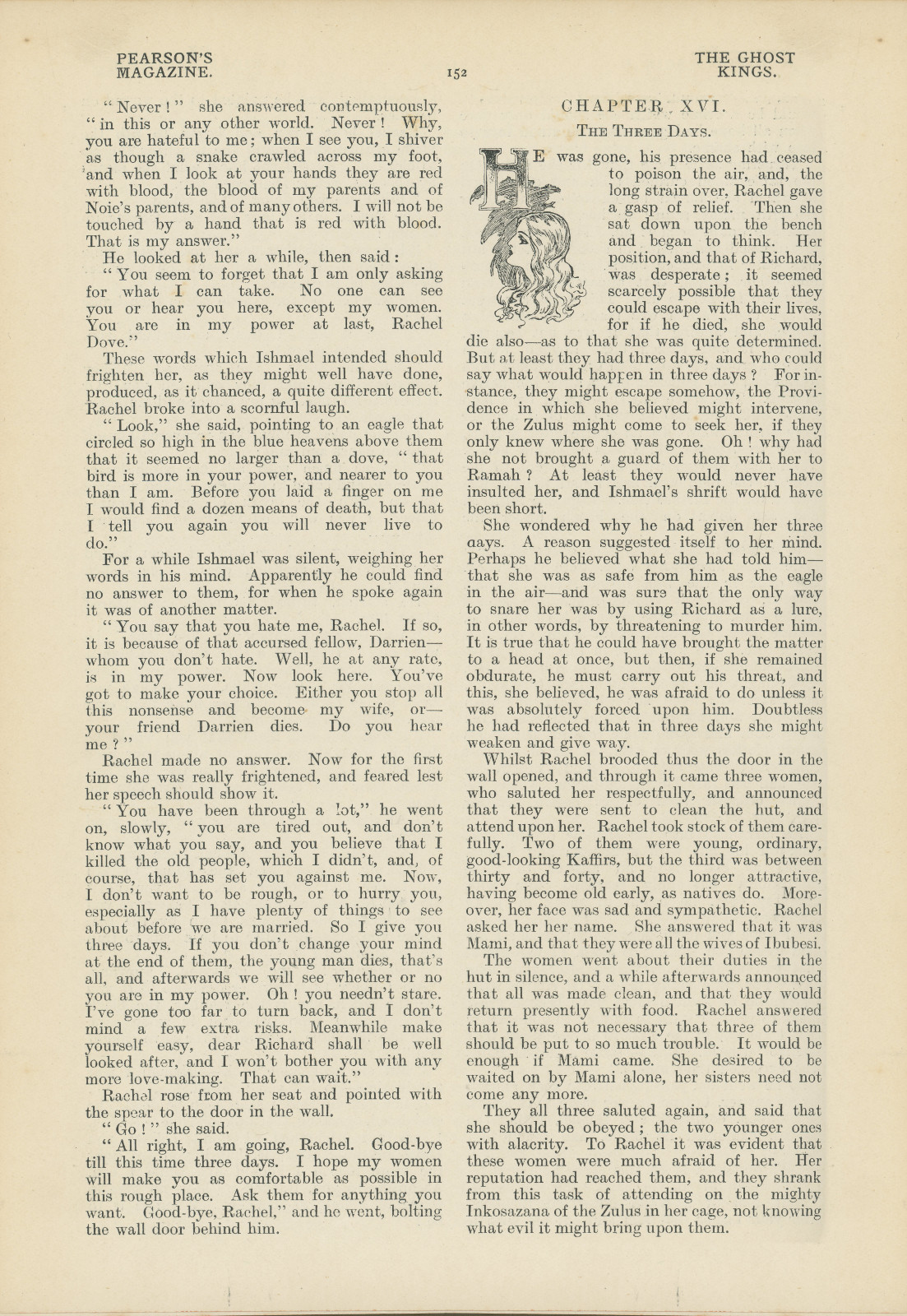 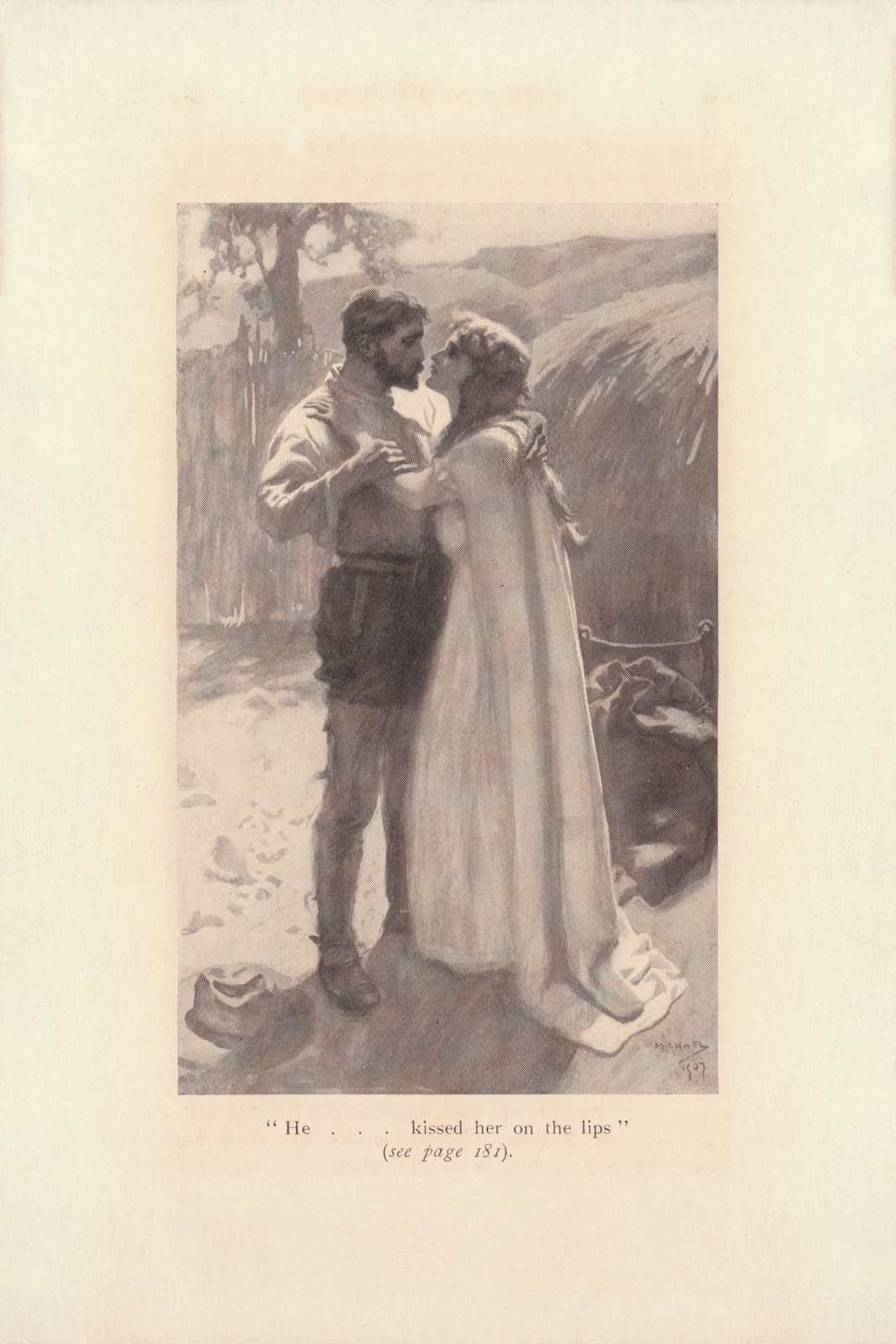 He kissed her on the lips. The Ghost Kings [The Lady of the Heavens]. 1st UK edition. 1908 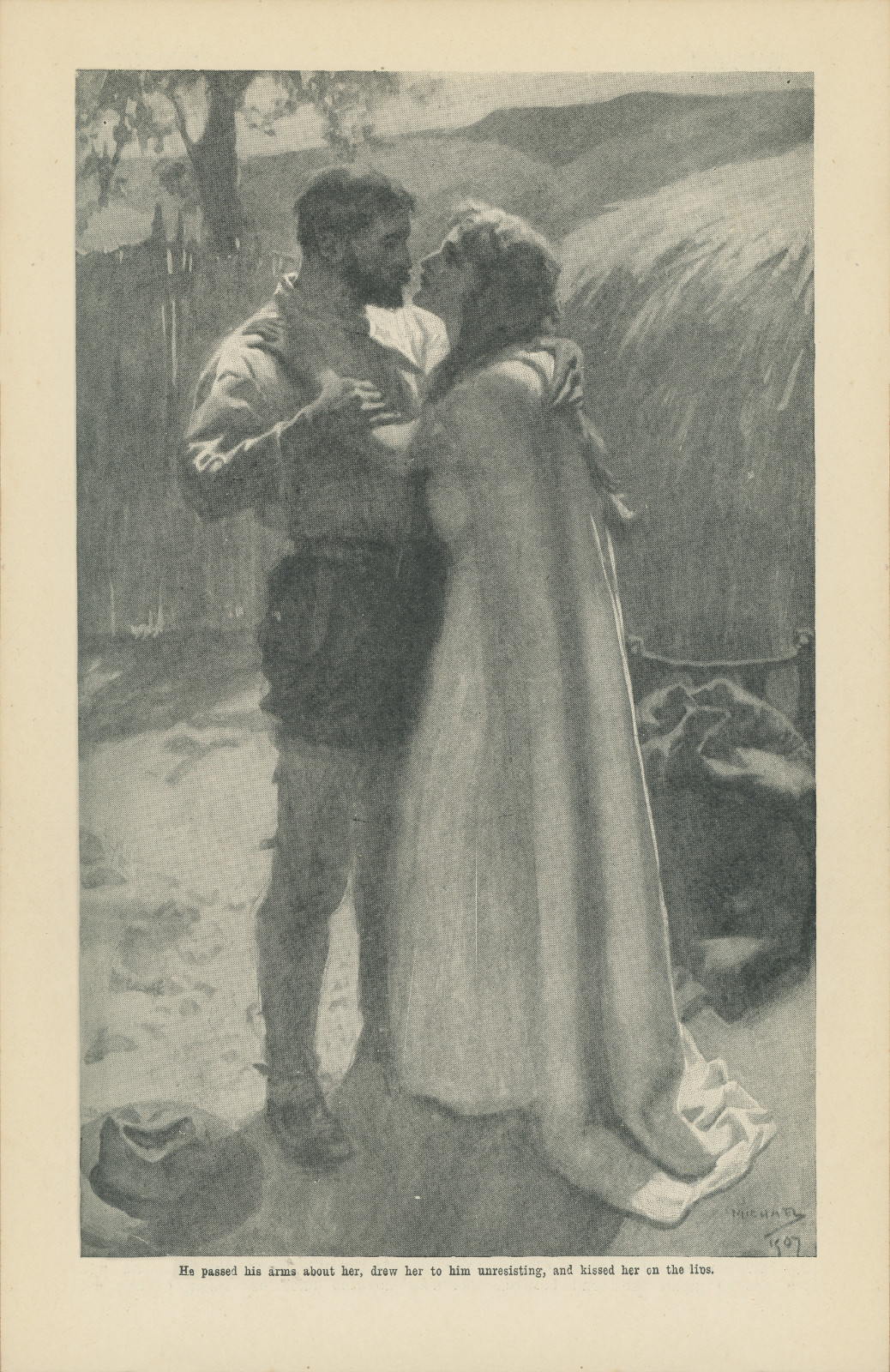 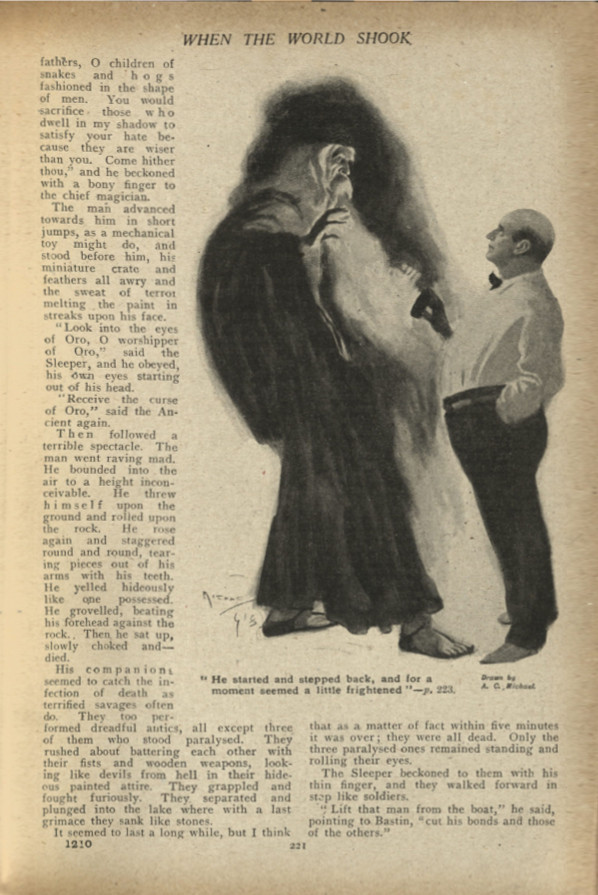 He started and stepped back, and for a moment seemed a little frightened. When the World Shook. The Quiver, vol. 54, no. 3. January 1919 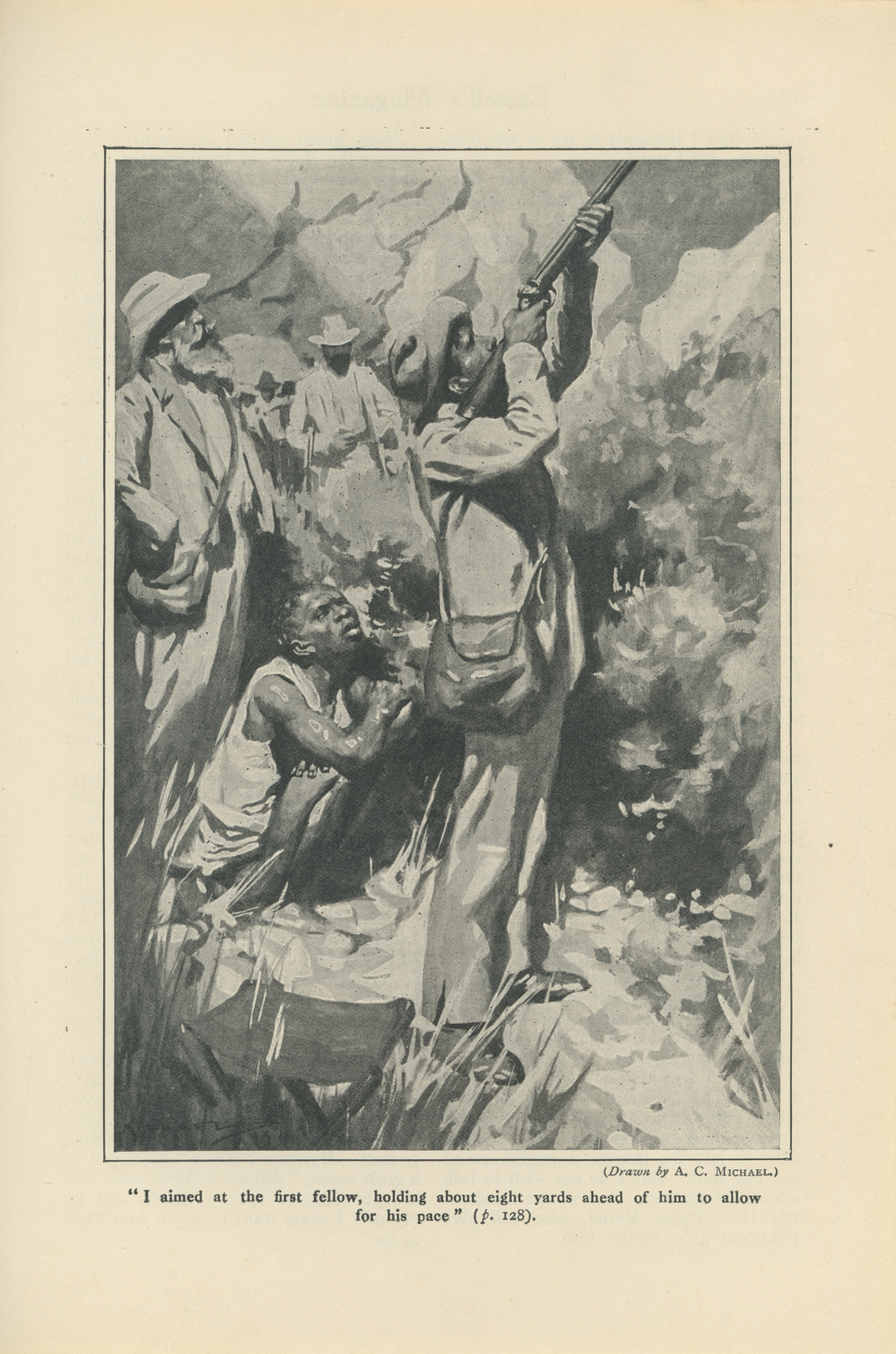 I aimed at the first fellow, holding about eight yards ahead of him to allow for his pace. Marie. Cassell's Magazine, vol. 53, no. 2. October 1911 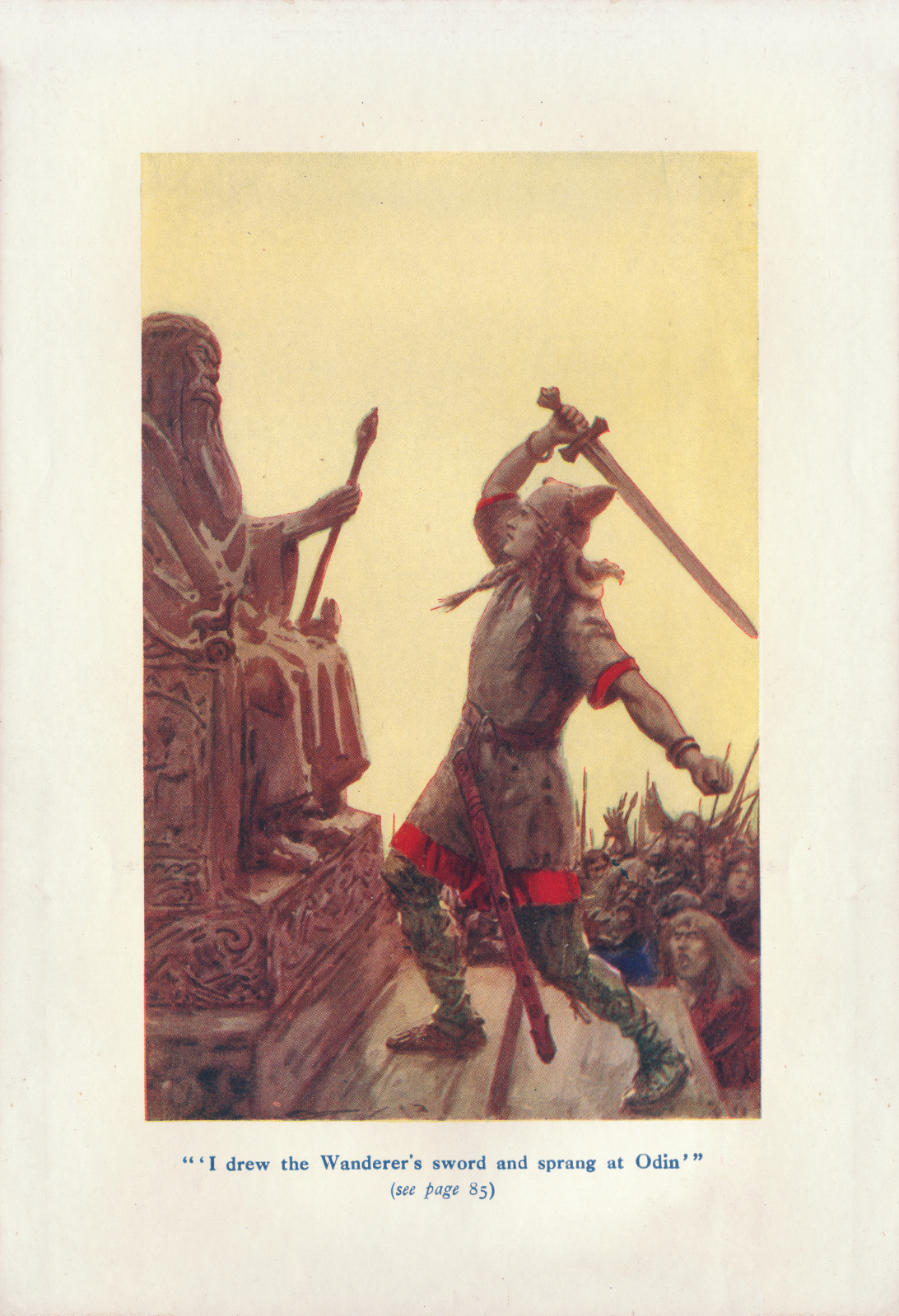