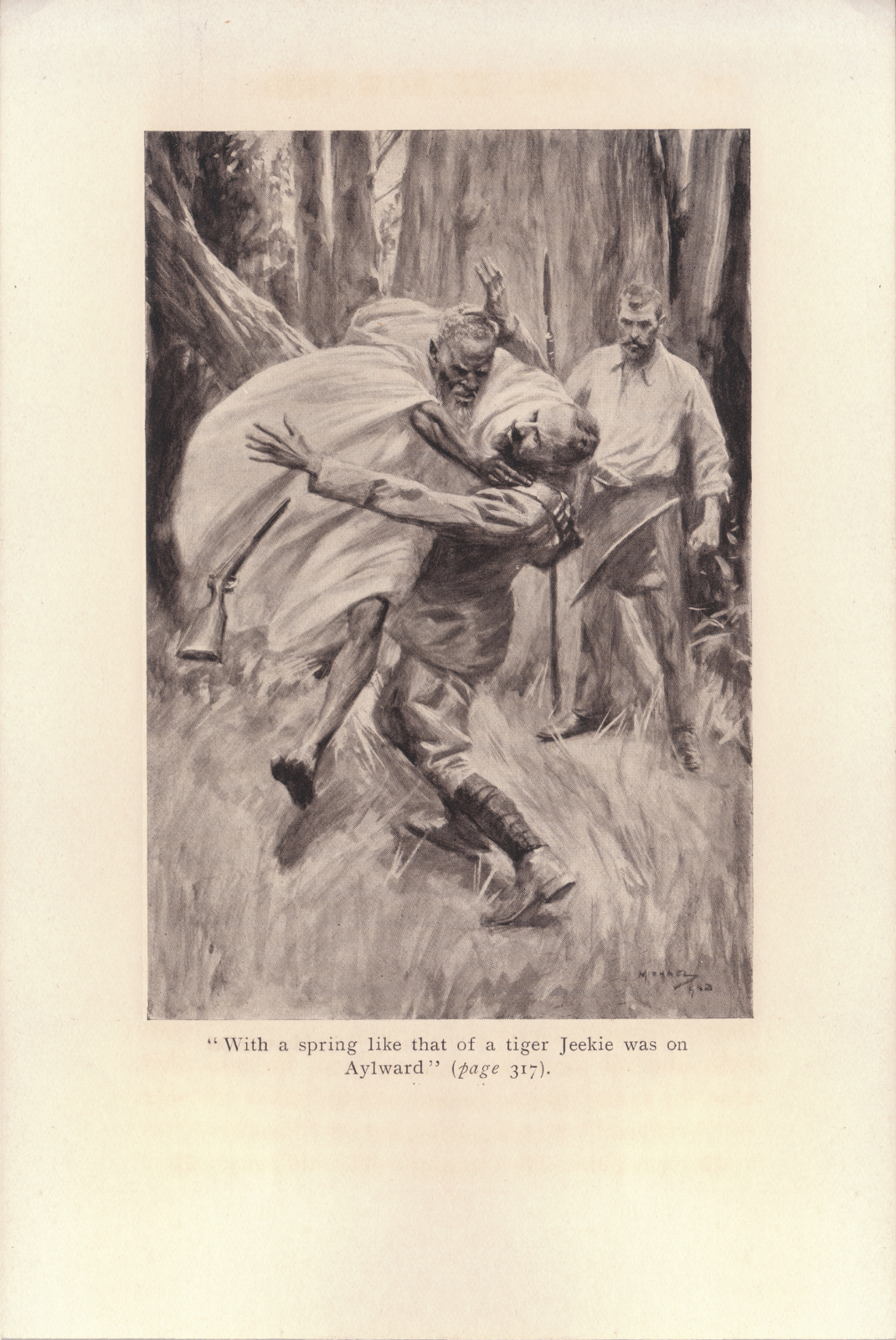 With a spring like that of a tiger Jeekie was on Aylward.. The Yellow God. 1st UK Edition. 1909 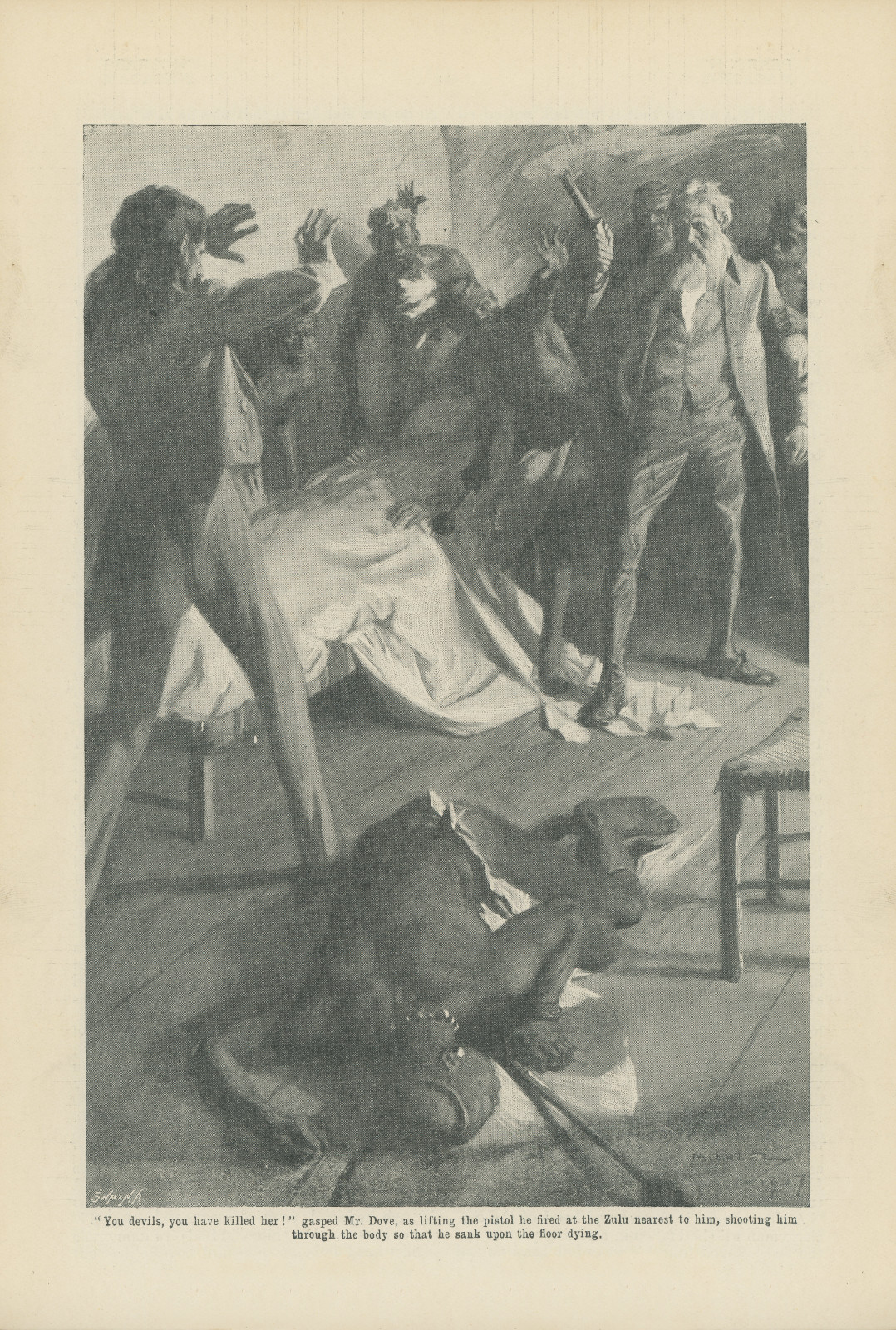 'You devils, you have killed her!' gasped Mr. Dove, as lifting the pistol he fired at the Zulu nearest to him, shooting him through the body so that he sank upon the floor dying. The Ghost Kings [The Lady of the Heavens]. Pearson's Magazine, vol. 25-9, no. 146. February 1908