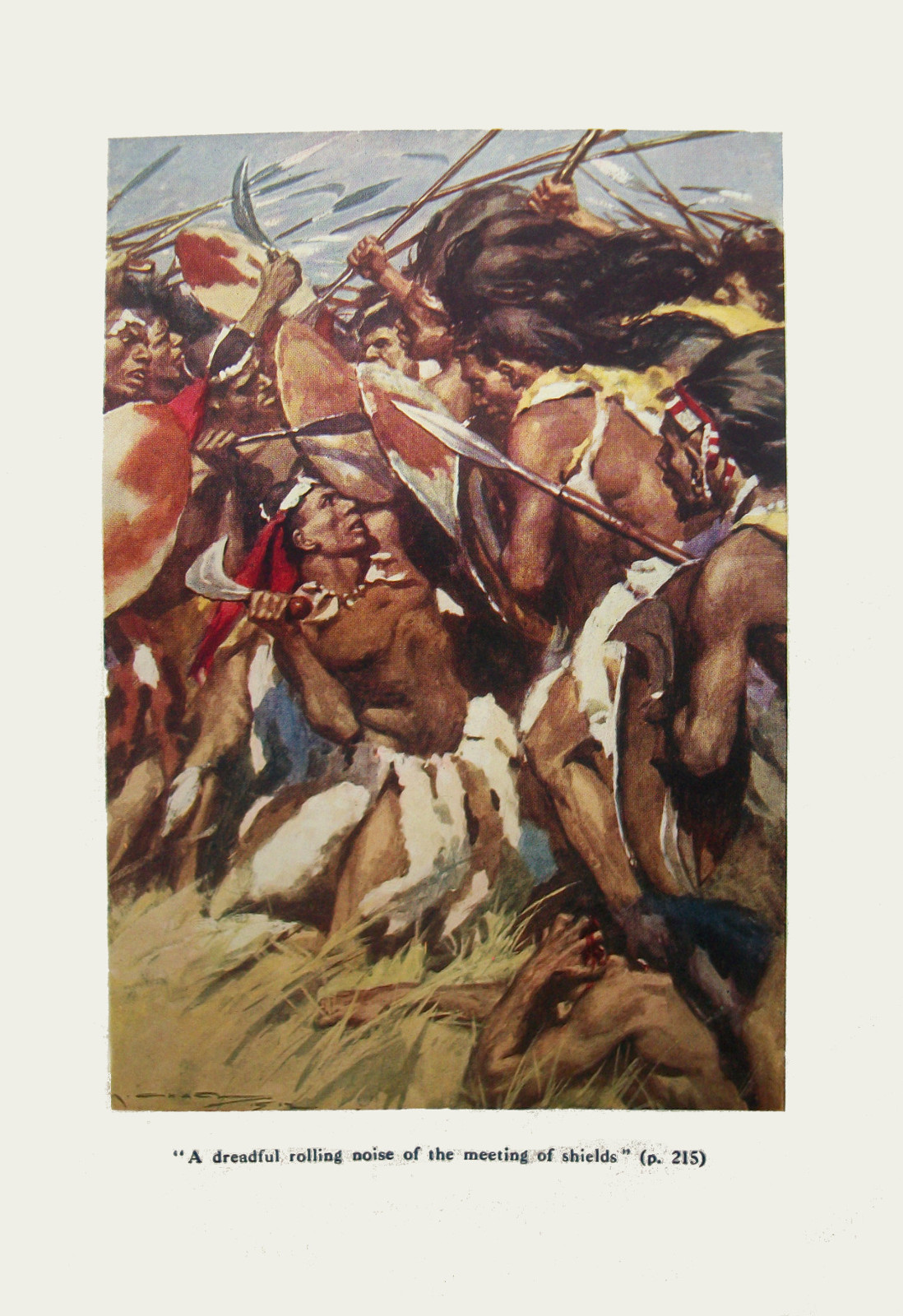 A dreadful rolling noise of the meeting of shields. King Solomon's Mines. Reprint. 1912 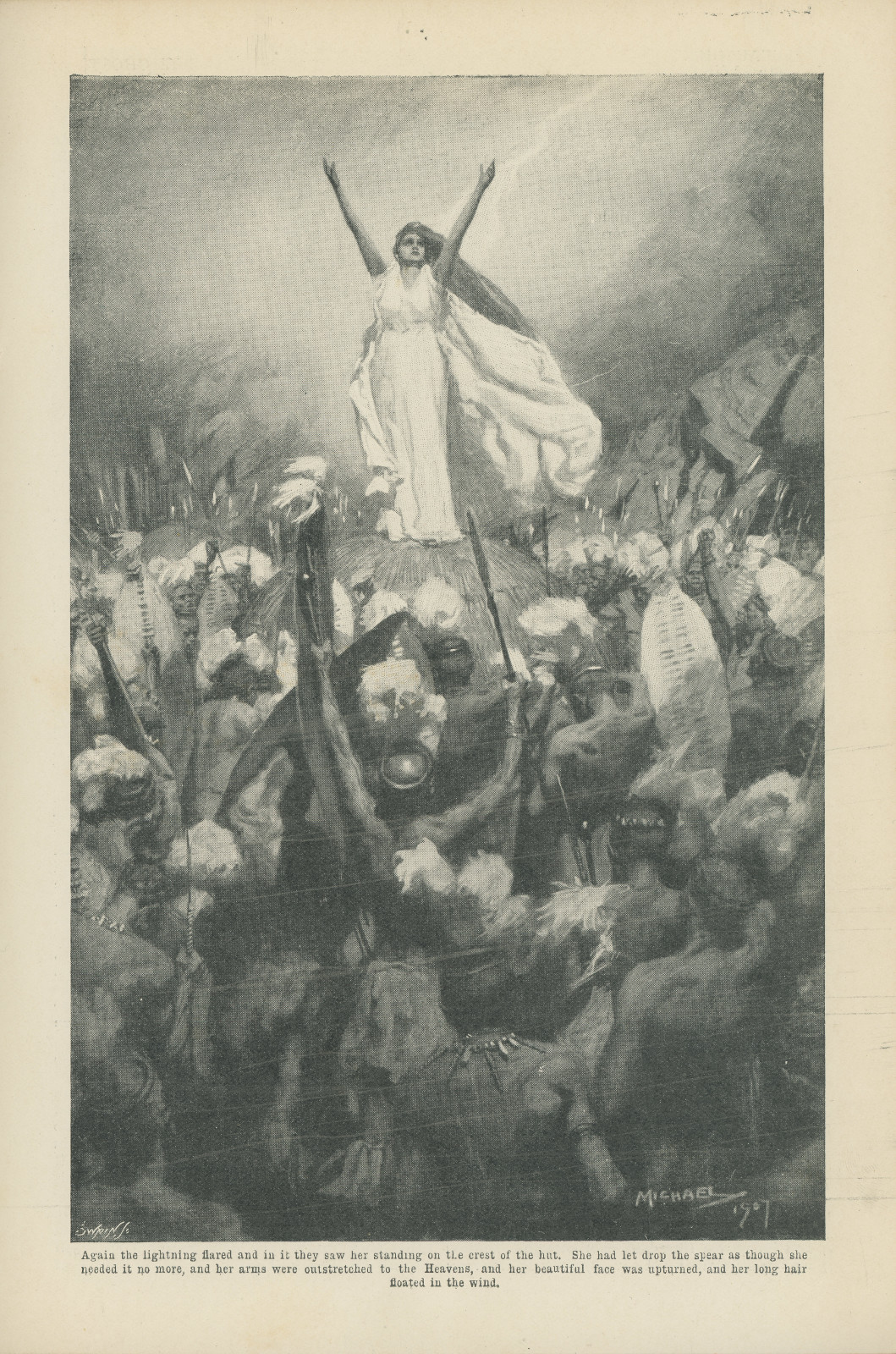 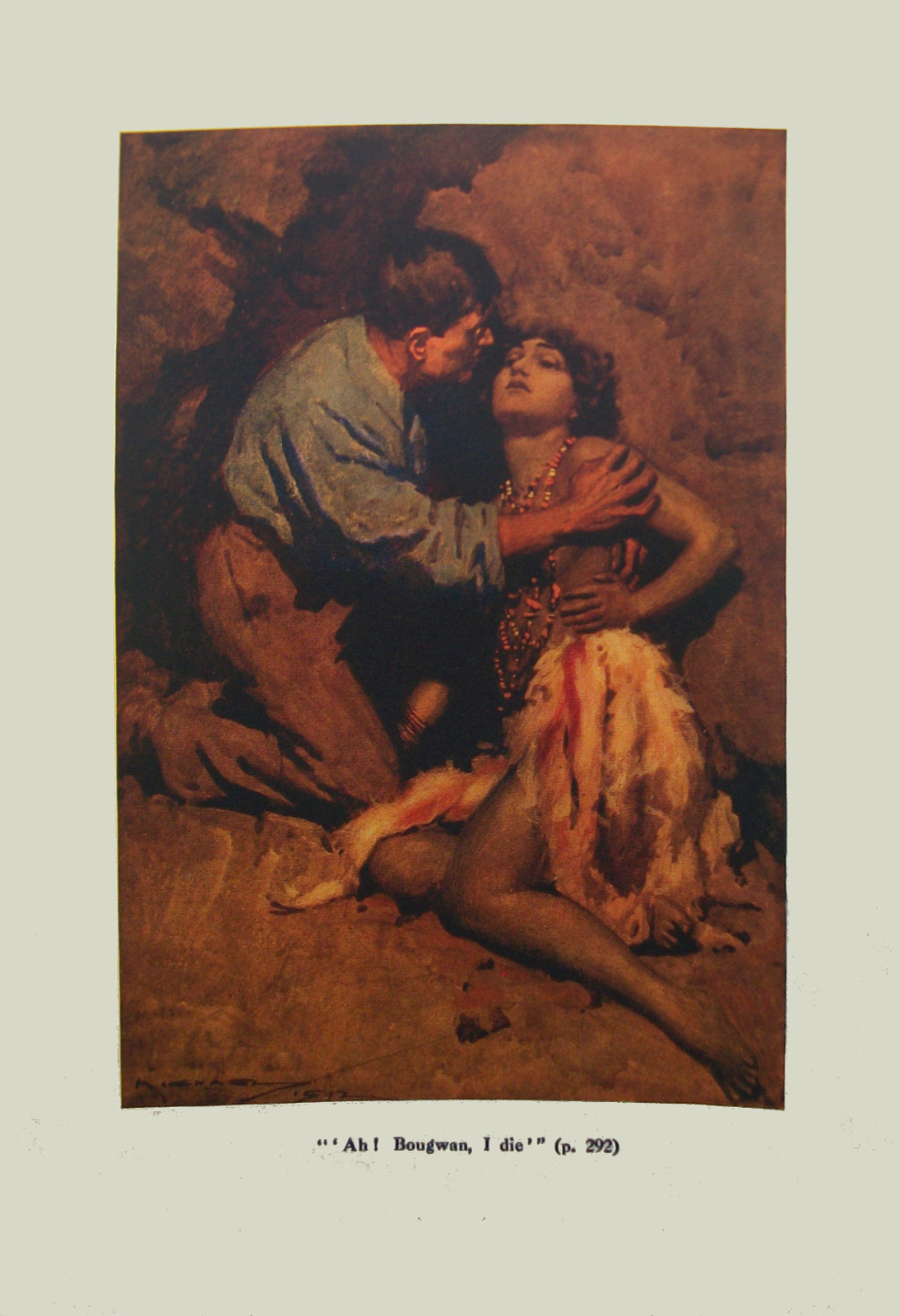 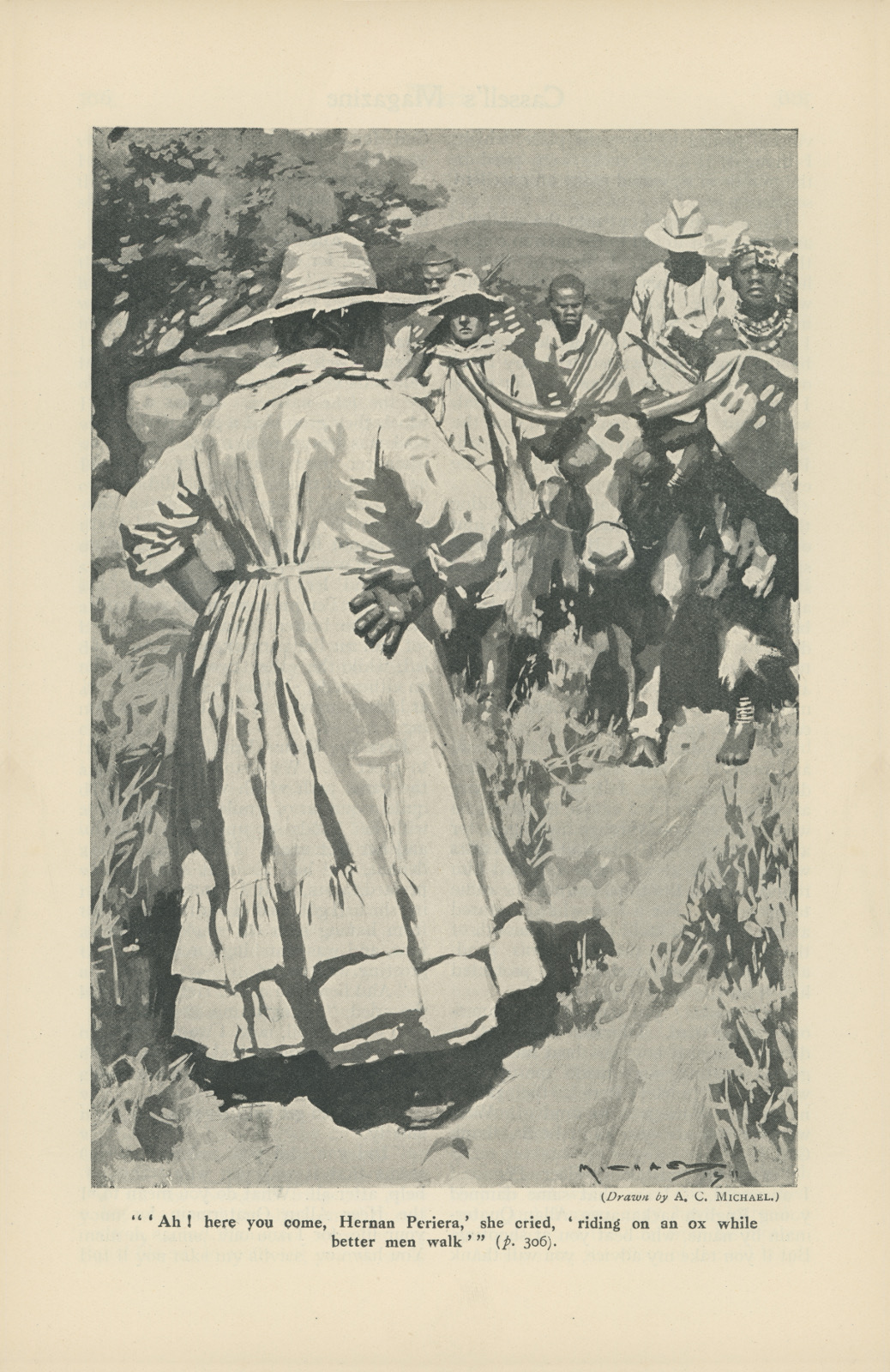 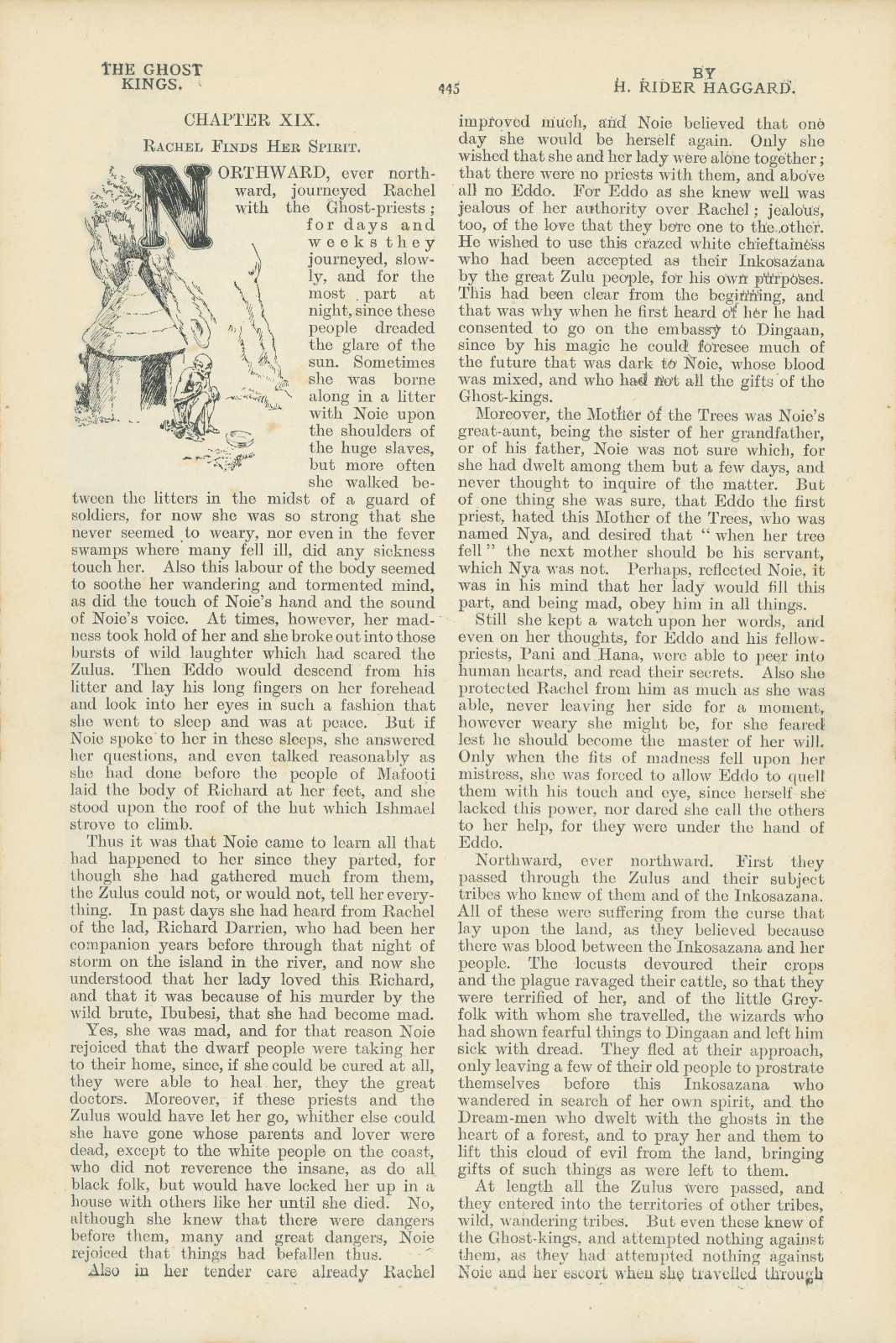 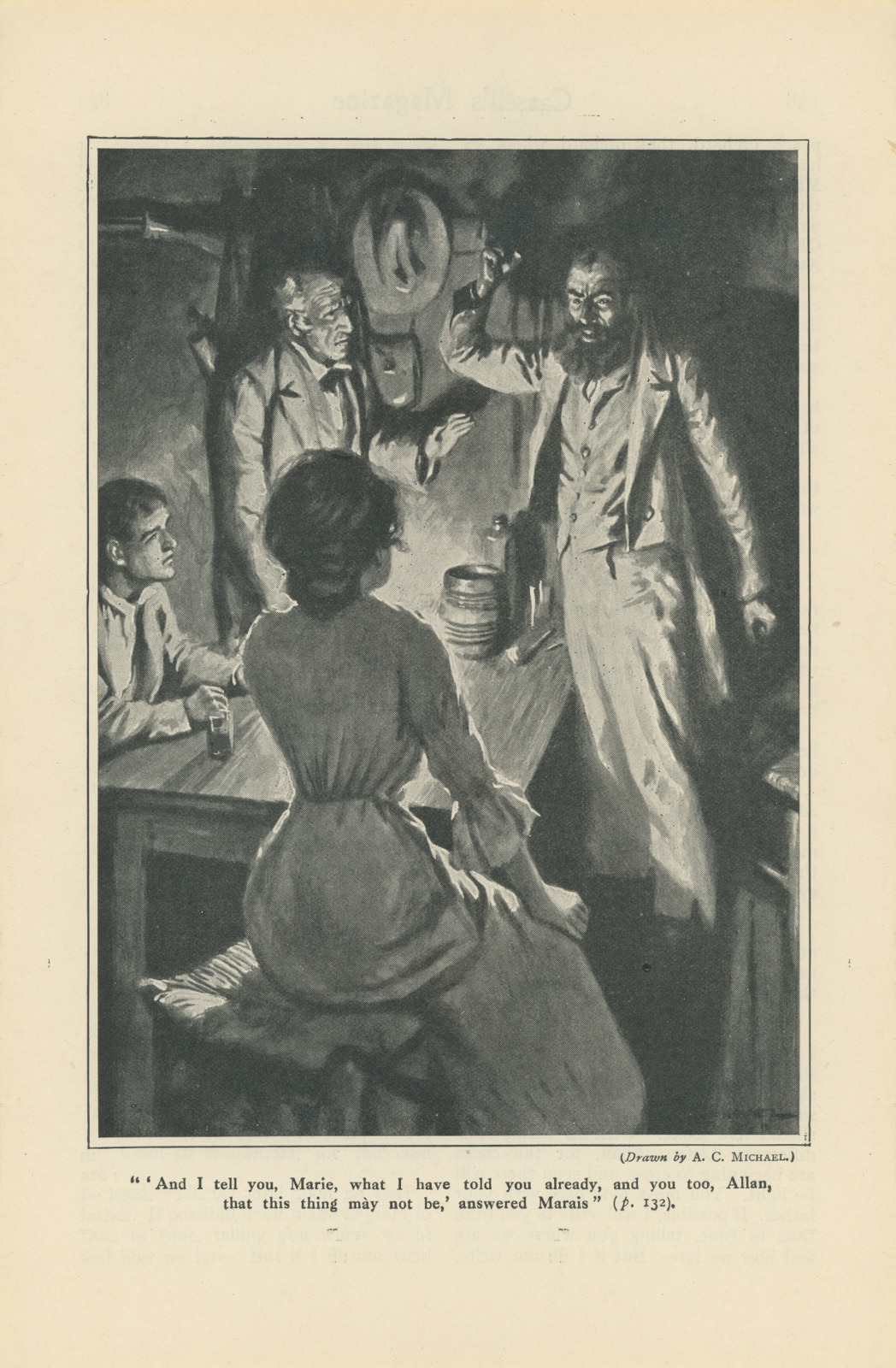 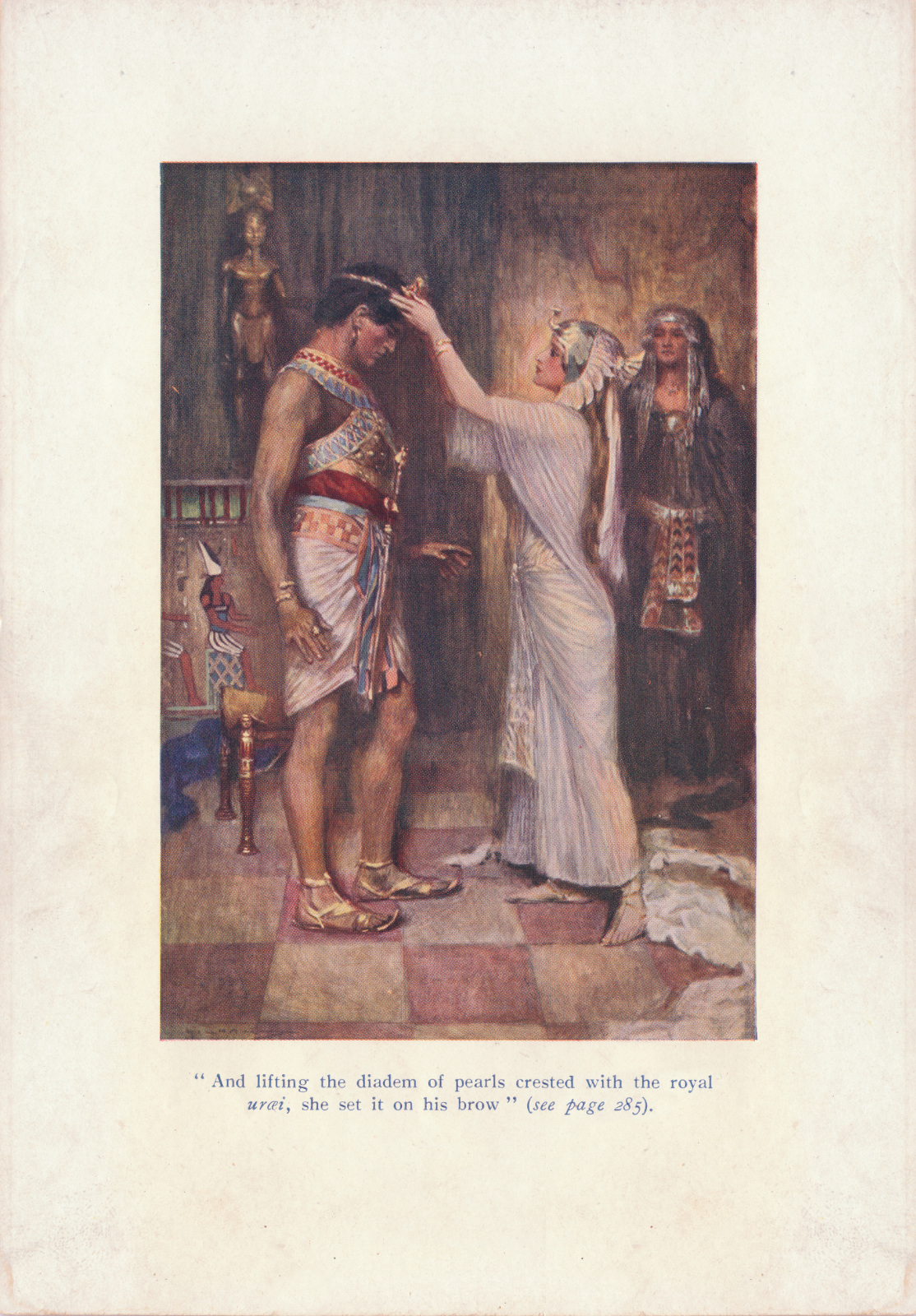 And lifting the diadem of pearls crested with the royal uraei, she set it on his brow.. Morning Star. Fourth Edition. 1910 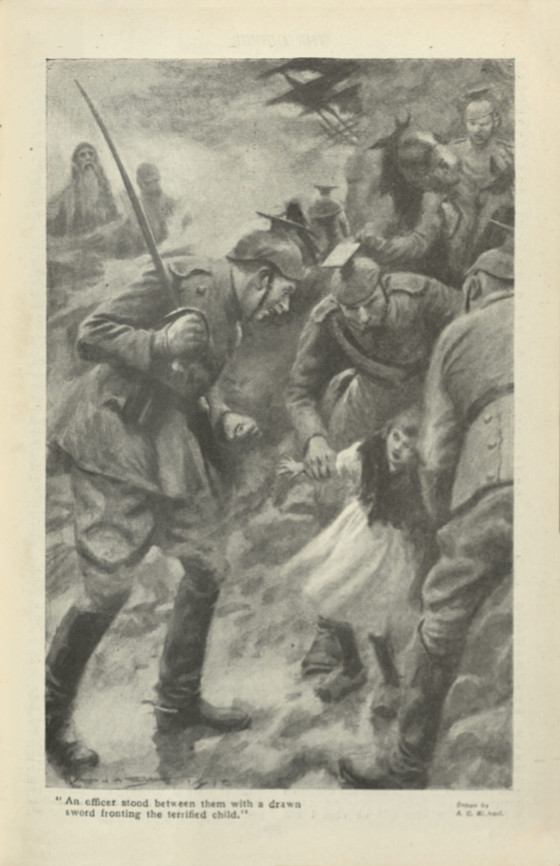 An officer stood between them with a drawn sword fronting the terrified child. When the World Shook. The Quiver, vol. 54, no. 5. March 1919 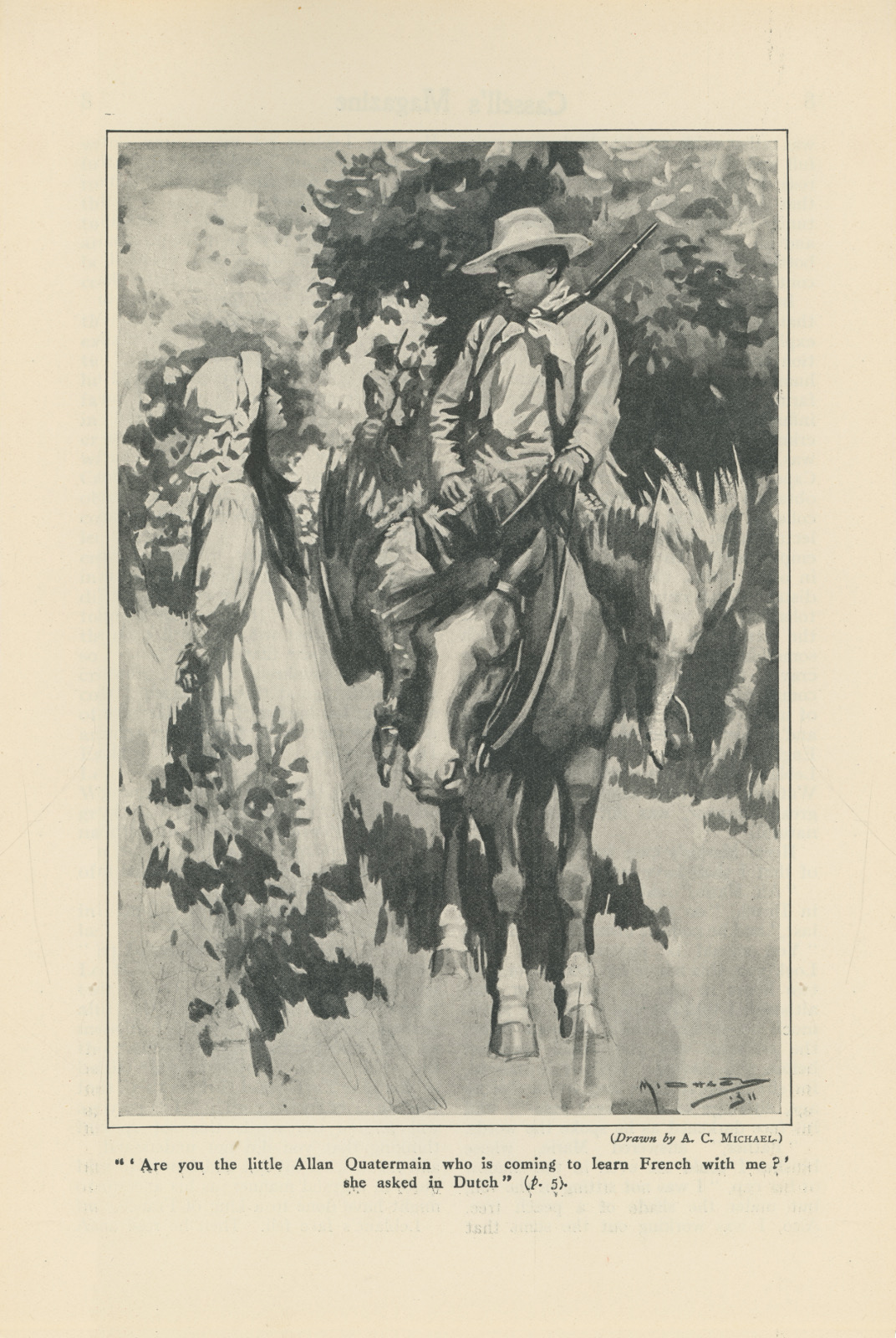 'Are you the little Allan Quatermain who is coming to learn French with me?' she asked in Dutch. Marie. Cassell's Magazine, vol. 53, no. 1. September 1911 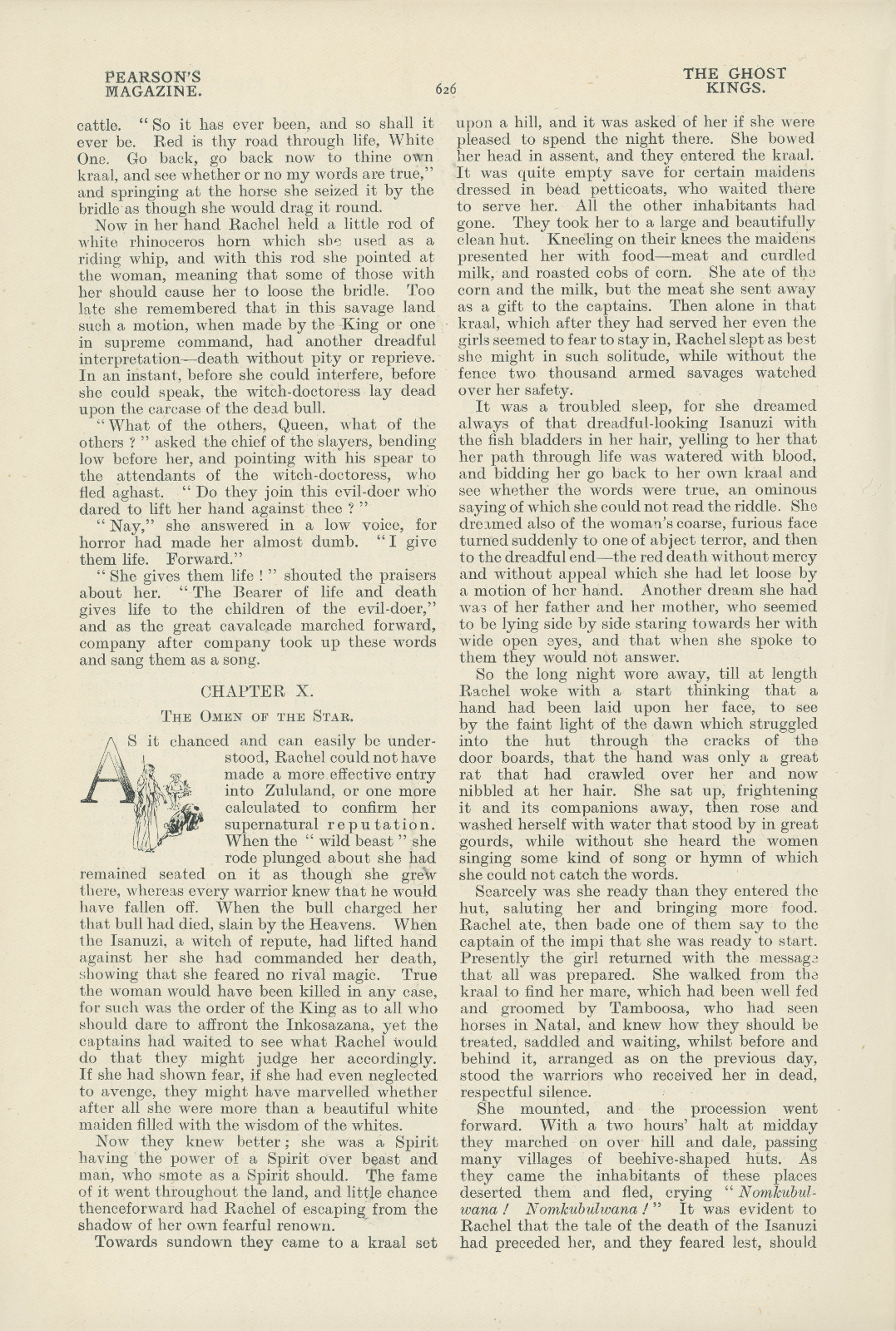 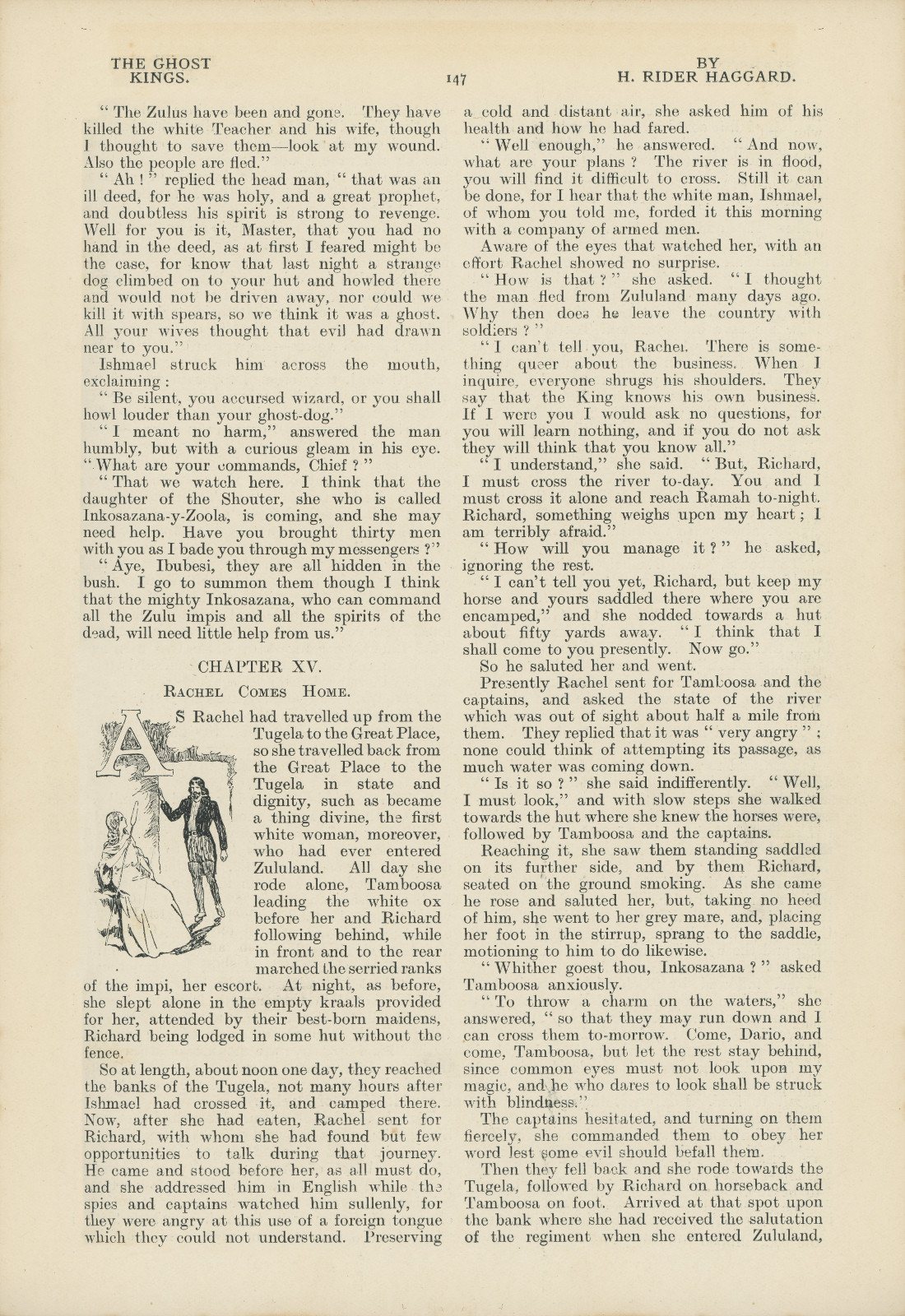 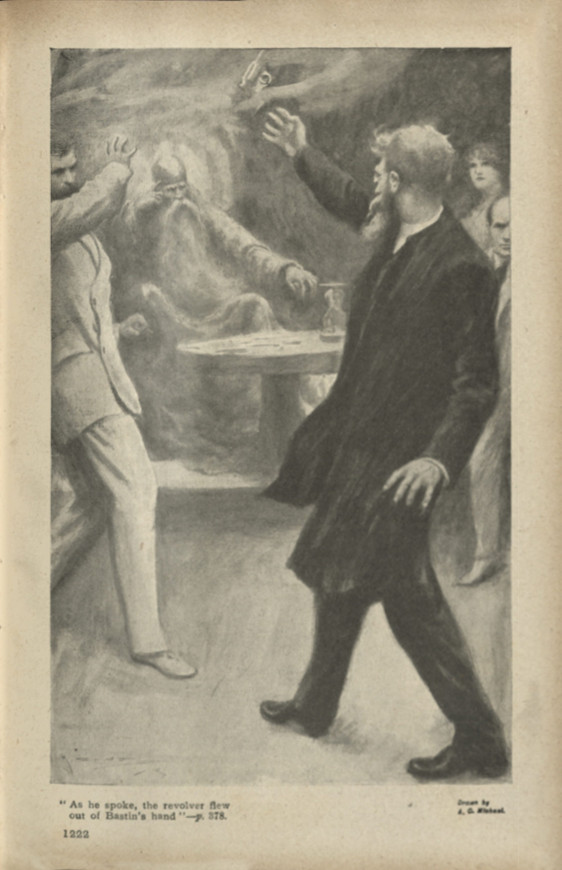