Maurice William Greiffenhagen (1862–1931) was a designer, illustrator, and portrait painter. He was born in London on 15 December 1862. Greiffenhagen was highly influenced by the Pre-Raphaelites, and particularly Dante Gabriel Rossetti (1828‑1882) and the Venetians. However, his loose and gestural style and economy of line also suggests the influence of caricaturist Phil May. Greiffenhagen attended the Royal Academy Schools beginning in 1878 where he was extremely successful, winning the Armitage Prize and cartoon medal among other accommodations. Beginning in 1887 he became increasingly involved in book and periodical illustration. He contributed to Judy, Fun, Black and White The Butterfly, The Pall Mall Budget, The Illustrated London News, The Unicorn, Pick-Me-Up, Daily Chronicle, Ally Sloper’s Half Holiday, The Sketch, The Lady’s Pictorial, and The Windsor Magazine. Greiffenhagen was also a prolific book illustrator but is best remembered for illustrating Haggard. Greiffenhagen and Haggard had a close and personal relationship. In fact, the artist named his son Rider in Haggard’s honor. Sadly, Rider Greiffenhagen died in a submarine during WWI. Haggard hung several of Greiffenhagen's She illustrations in his Ditchingham, Norfolk home. Greiffenhagen served as Headmaster, Life Department, for the Glasgow School of Art from 1906 to 1929. He decorated the British Pavilions for the 1925 Paris Exhibition and Antwerp exhibition in 1930. Greiffenhagen exhibited at the Royal Academy, Royal Society of British Artists, Royal Institute of Oil Painters, and the New English Art Club. He became an Associate Member of the Royal Academy in 1916, and a Royal Academician in 1922. Greiffenhagen died at St. John’s Wood, London, on 26 December 1931. 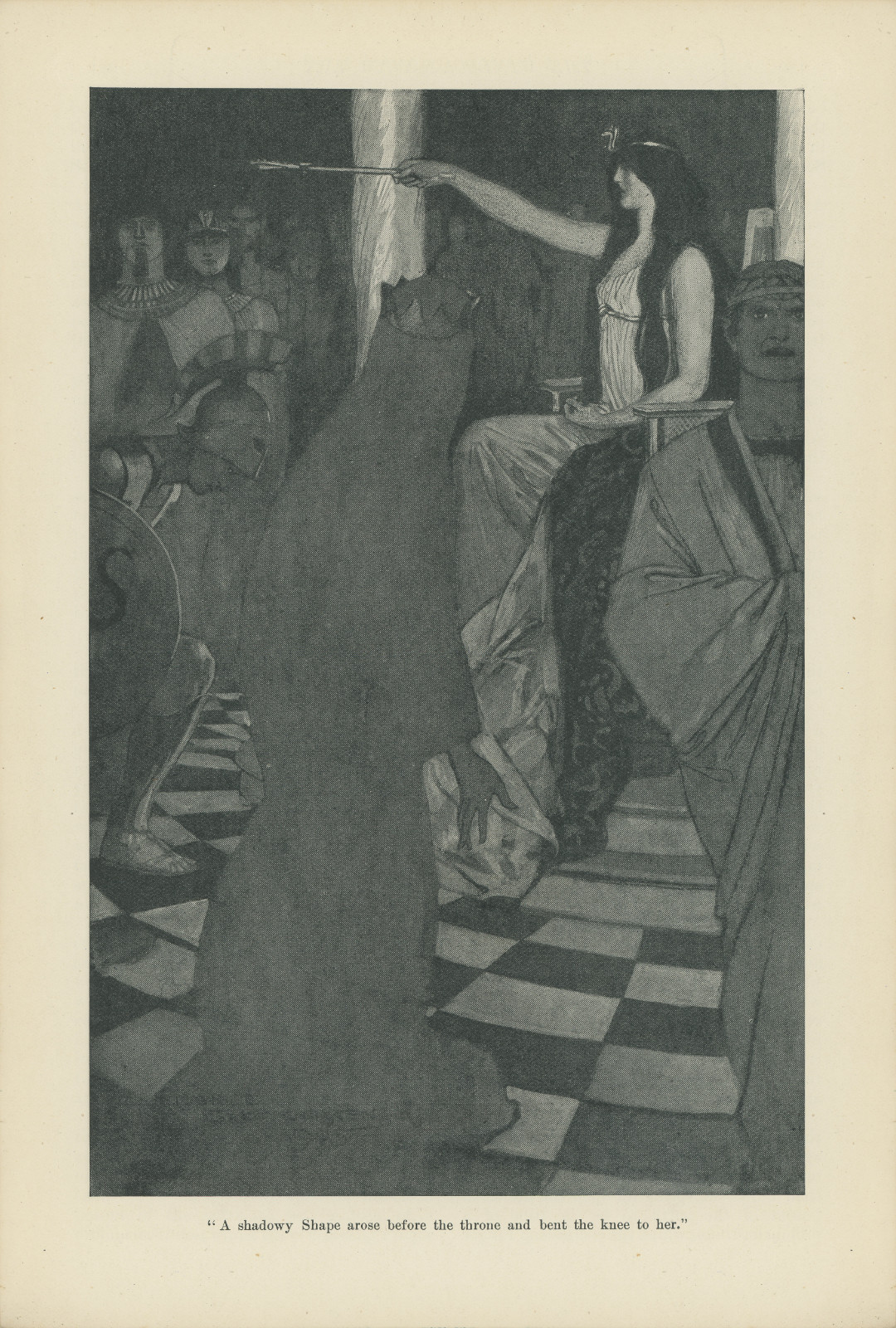 A shadowy Shape arose before the throne and bent the knee to her. Ayesha. The Windsor Magazine, vol. 22. July 1905 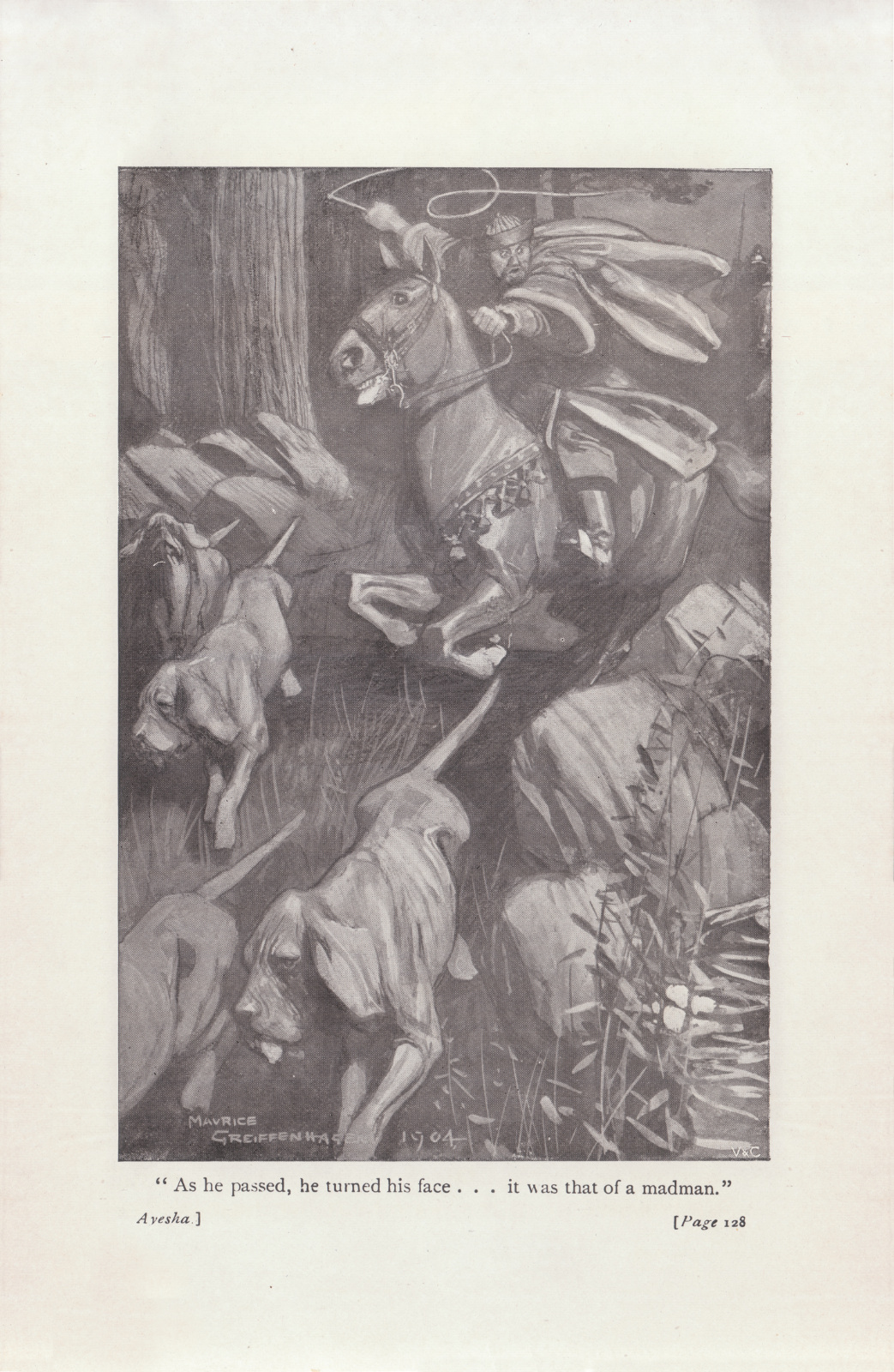 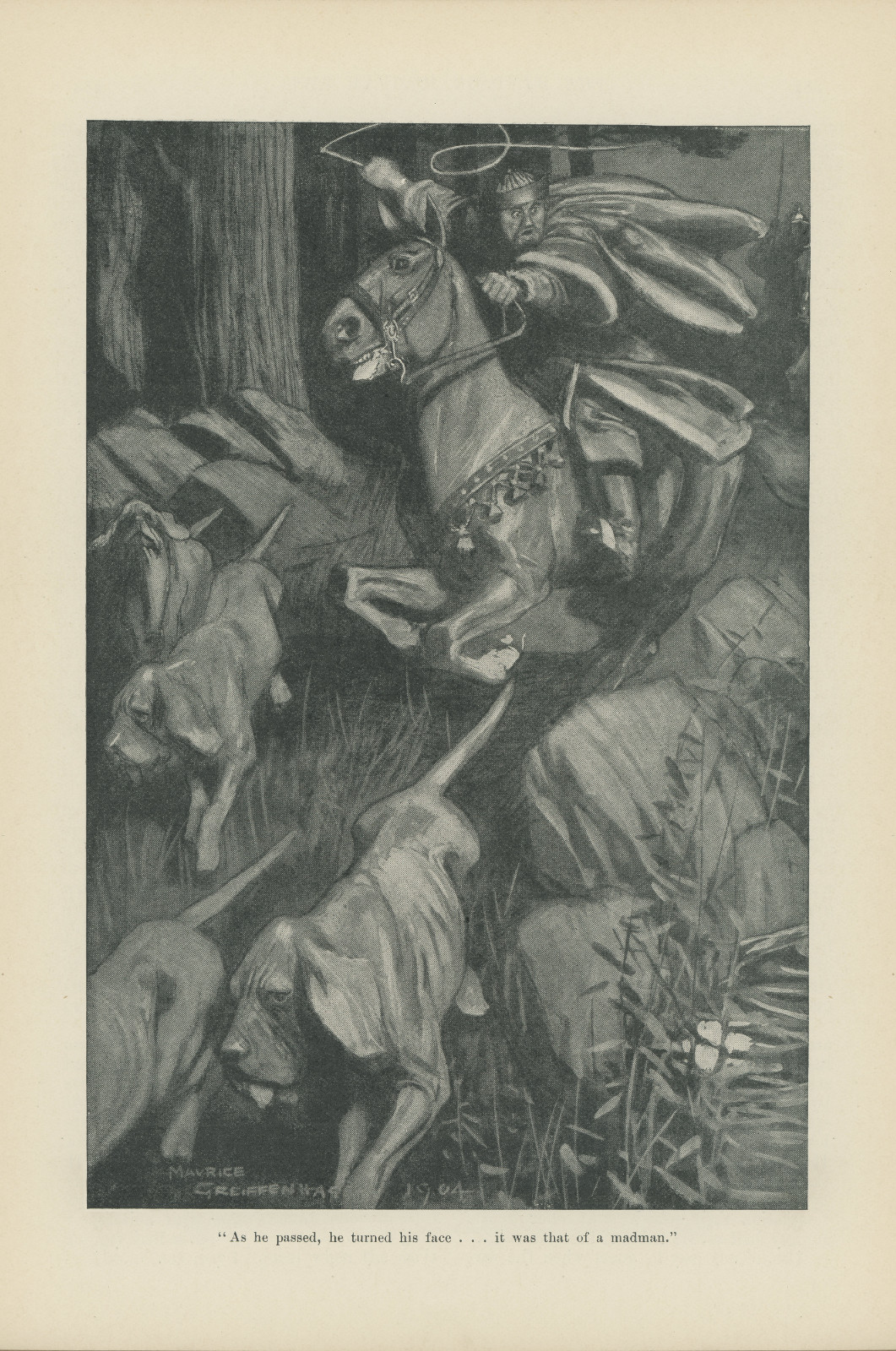 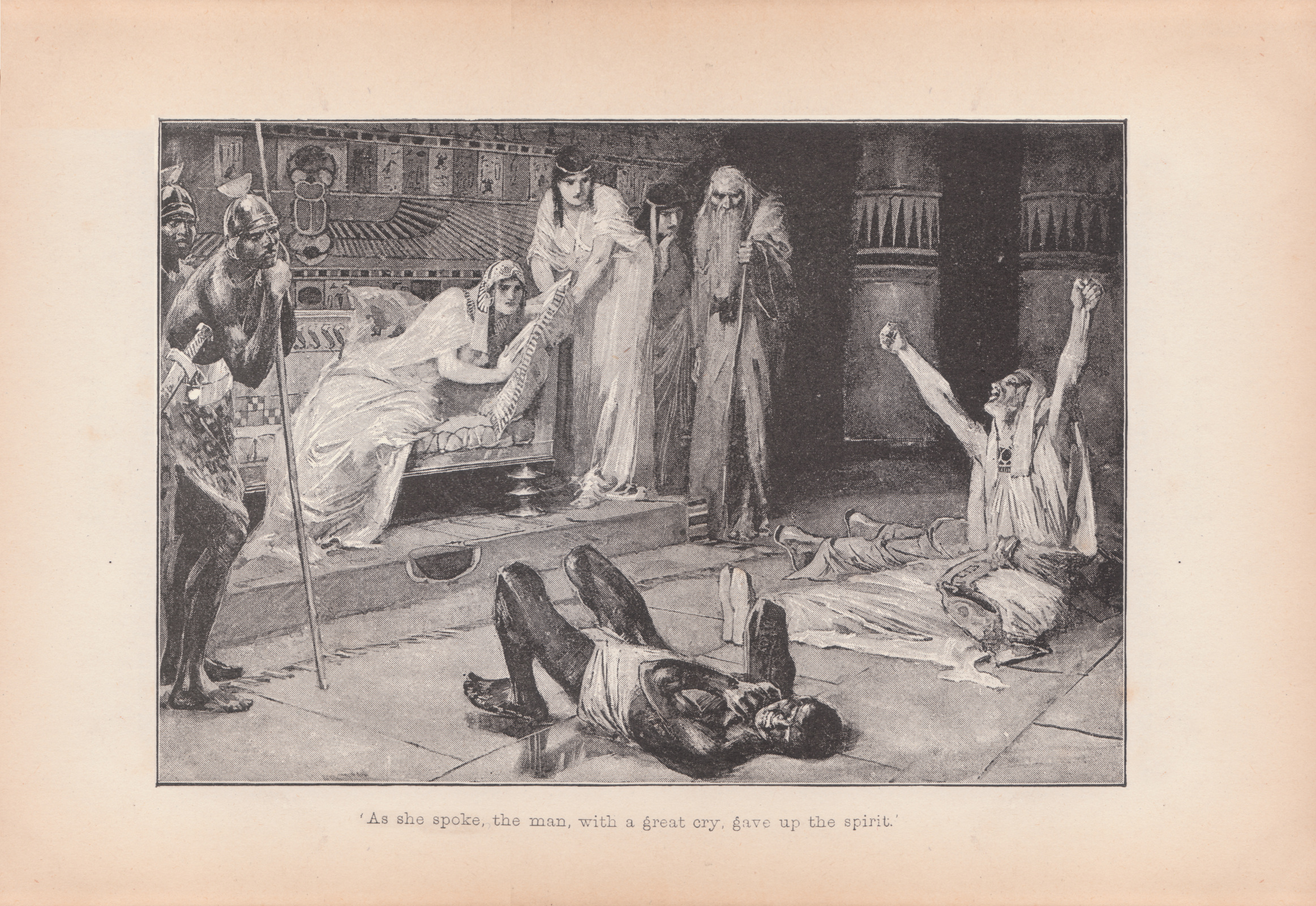 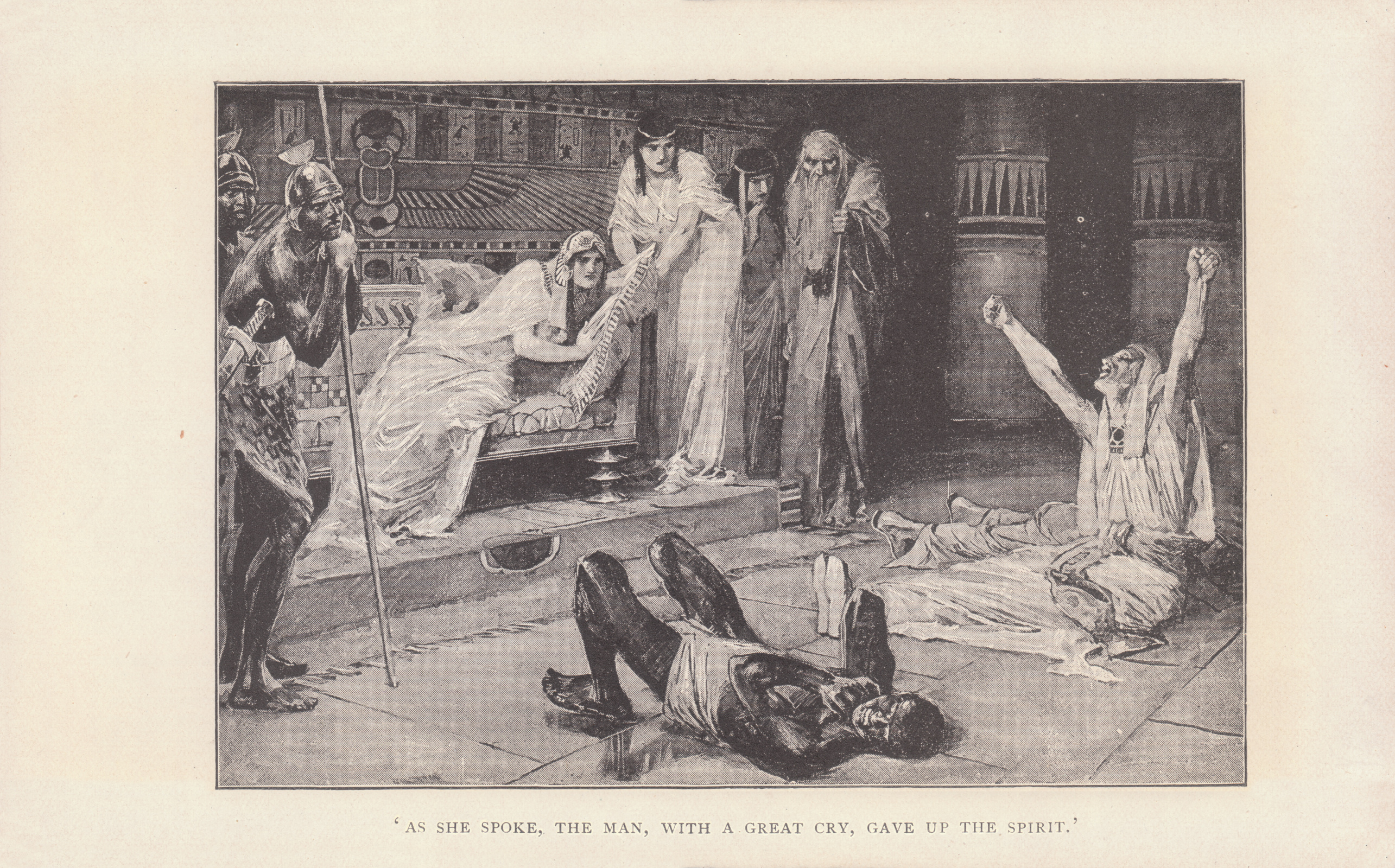 As she spoke, the man with a great cry, gave up the spirit.. Cleopatra. New Impression. 1927 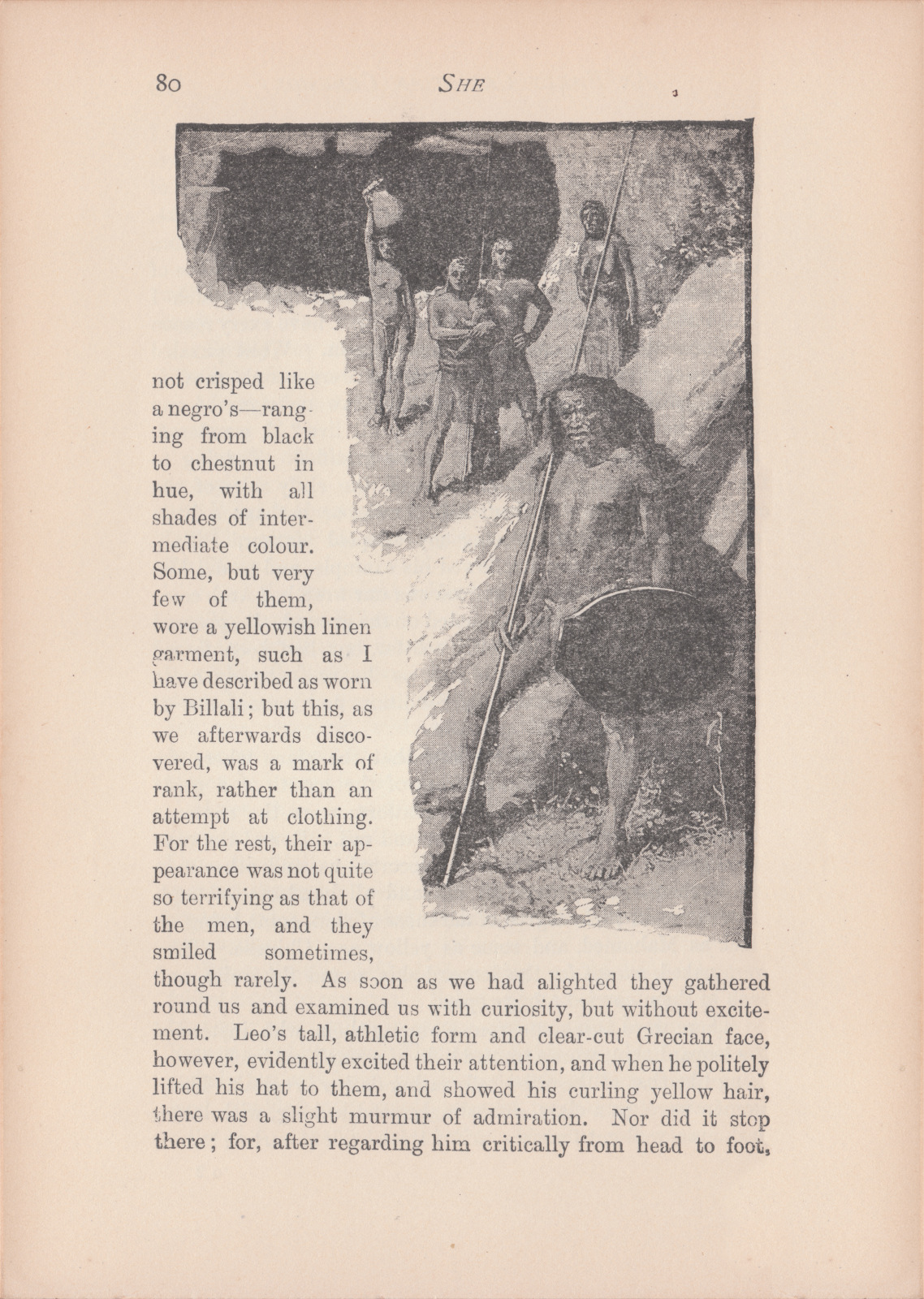 As soon as we had alighted they gathered round us and examined us with curiosity. She, A History of Adventure. New Impression (1911) Reissue. 1912 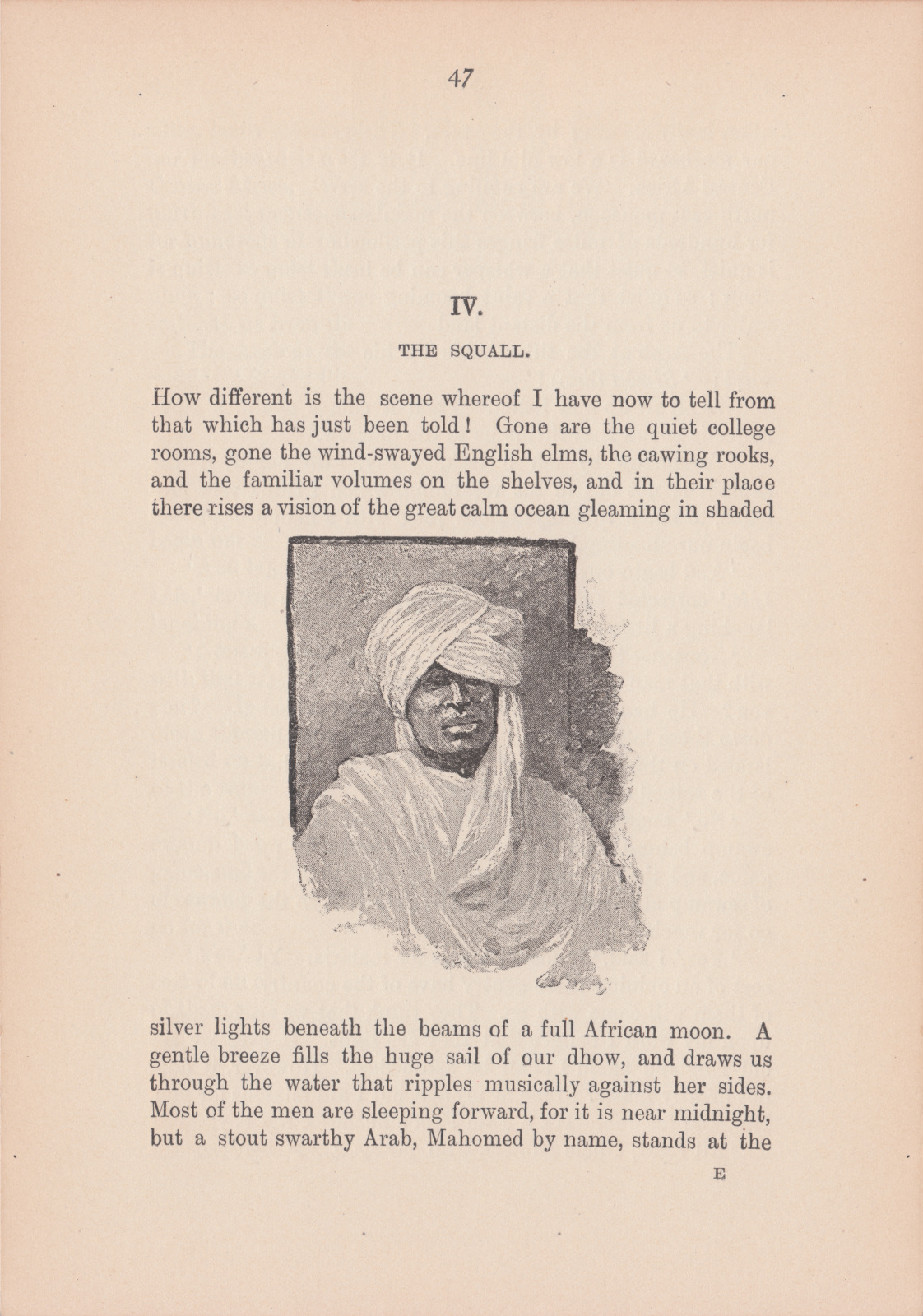 A stout swarthy Arab, Mahomed by name, stands at the tiller. She, A History of Adventure. New Impression (1911) Reissue. 1912 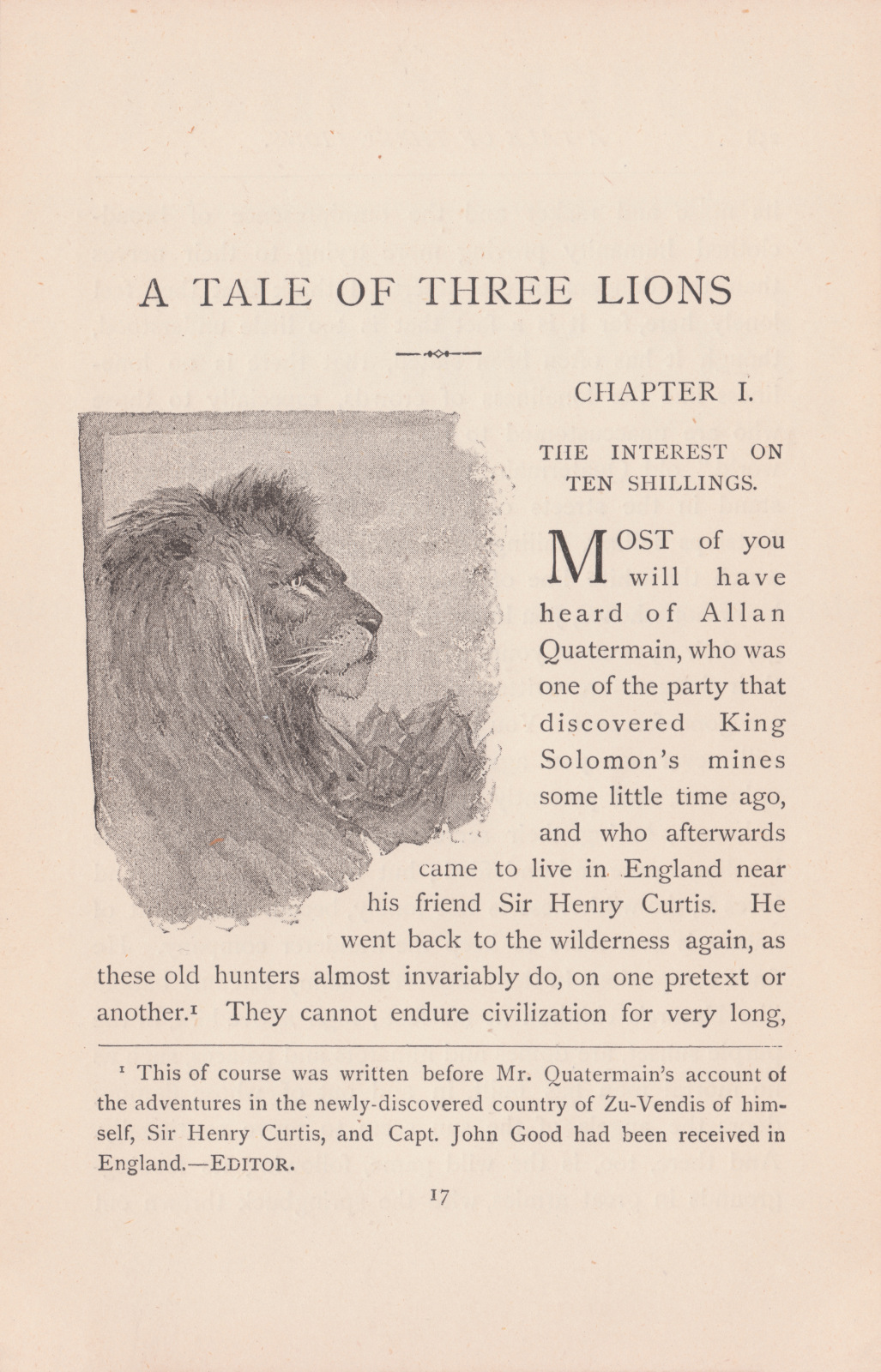 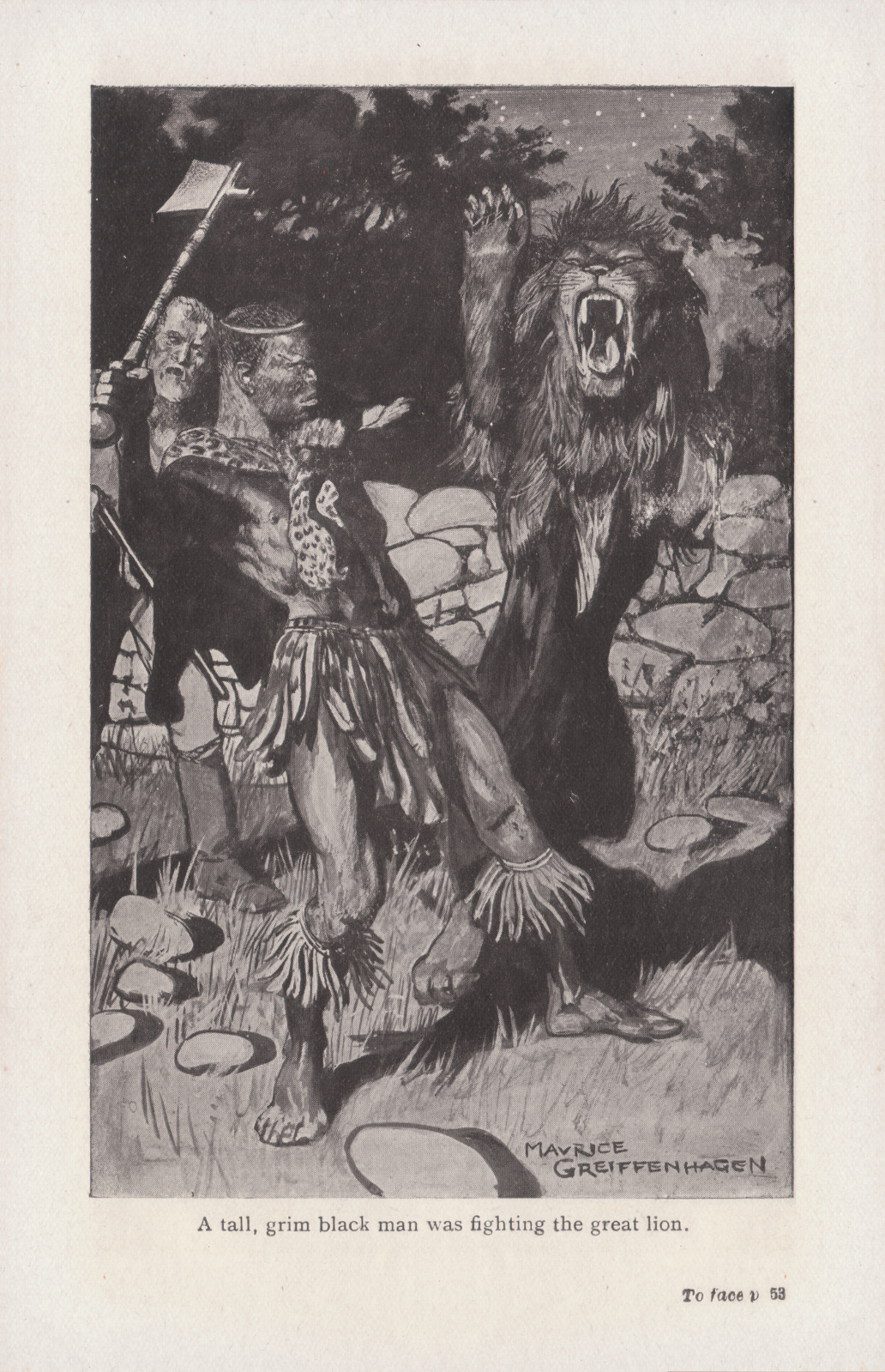 A tall, grim black man was fighting the great lion.. She and Allan. 1st UK Edition. 1921 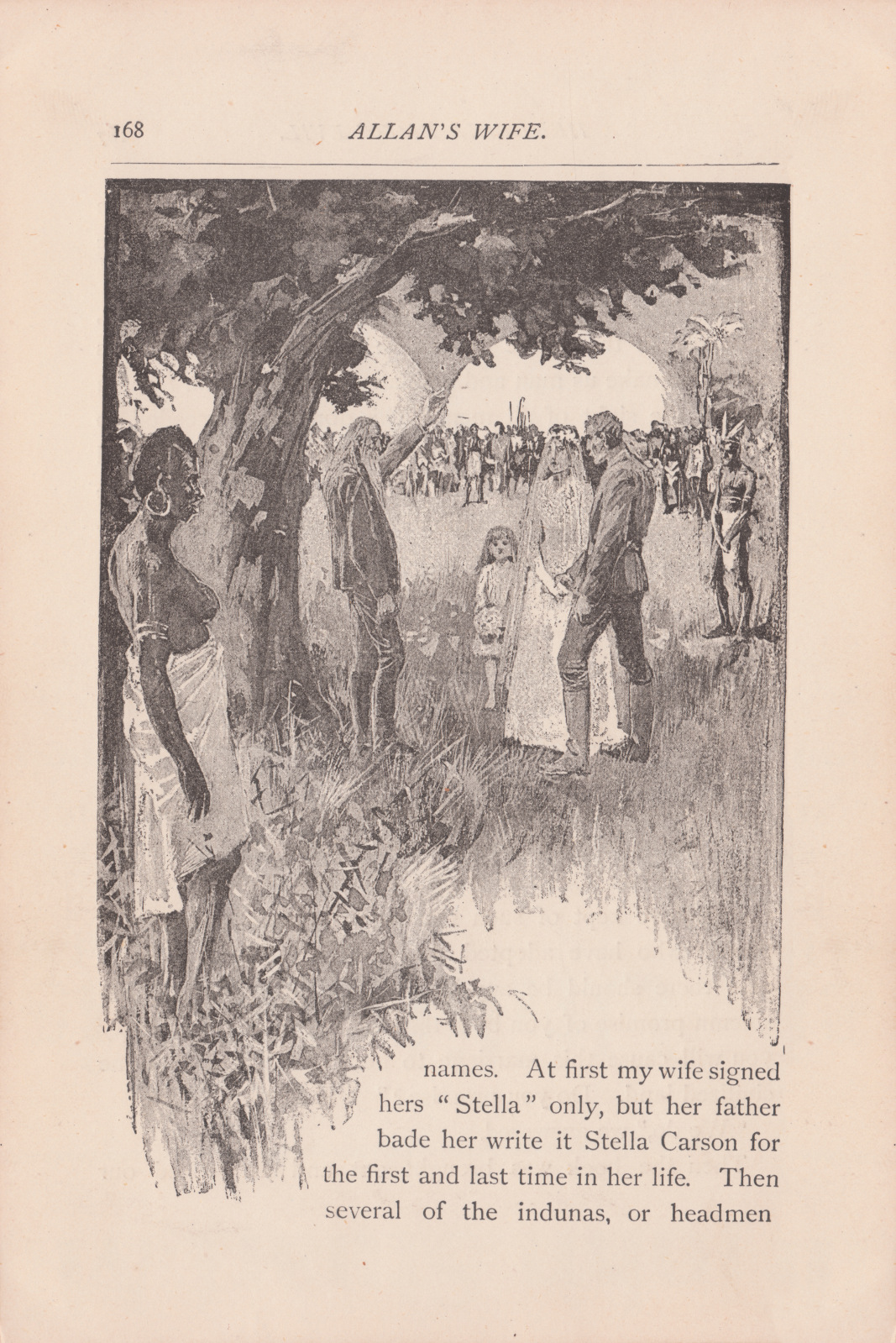 At first my wife signed hers 'Stella' only, but her father bade her write it Stella Carson for the first and last time in her life.. Allan's Wife. Griffith, Farran, Okeden, and Welsh. 1889 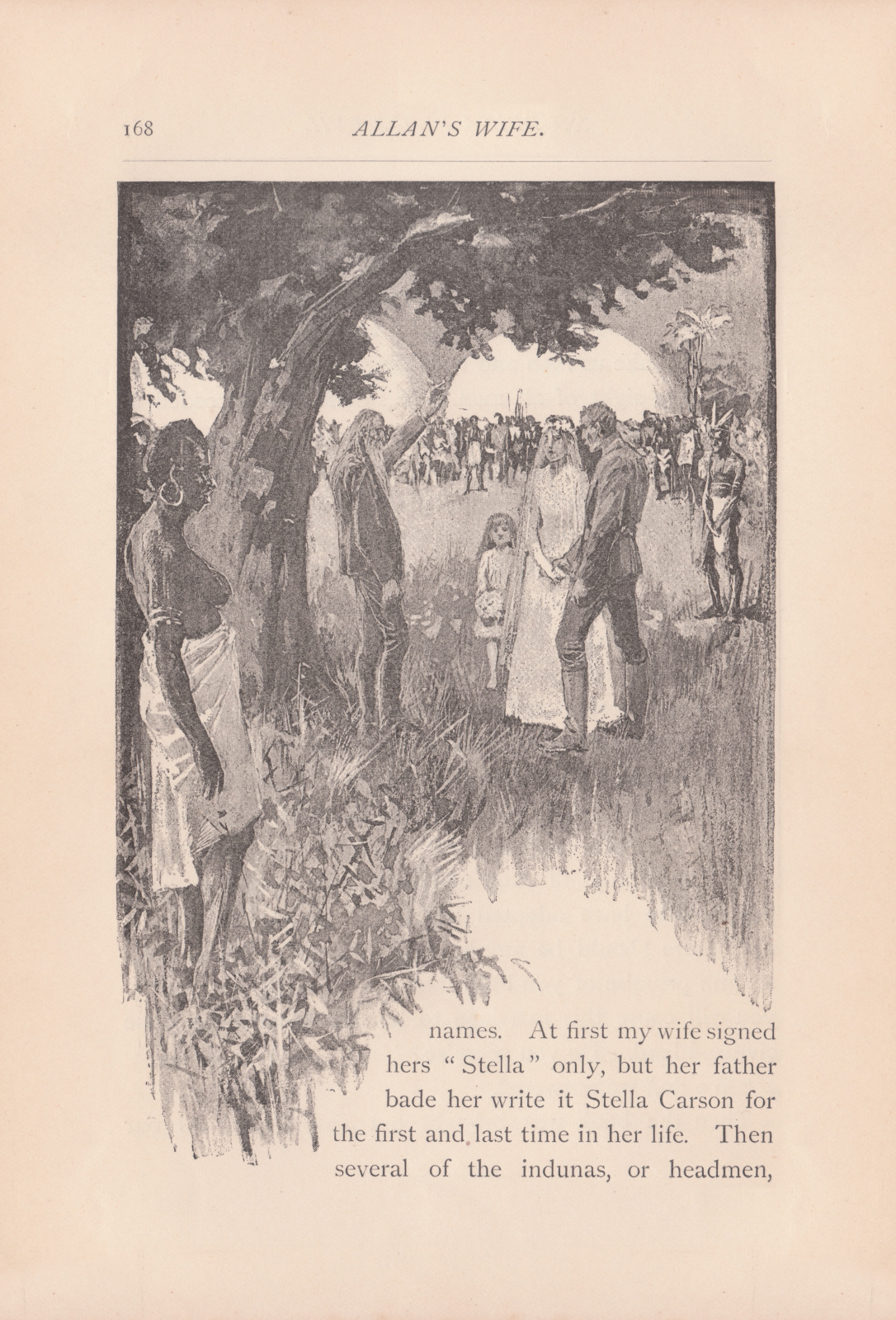 At first my wife signed hers 'Stella' only, but her father bade her write it Stella Carson for the first and last time in her life. Allan's Wife. Allan's Wife and Other Tales, 1st UK Edition. 1889 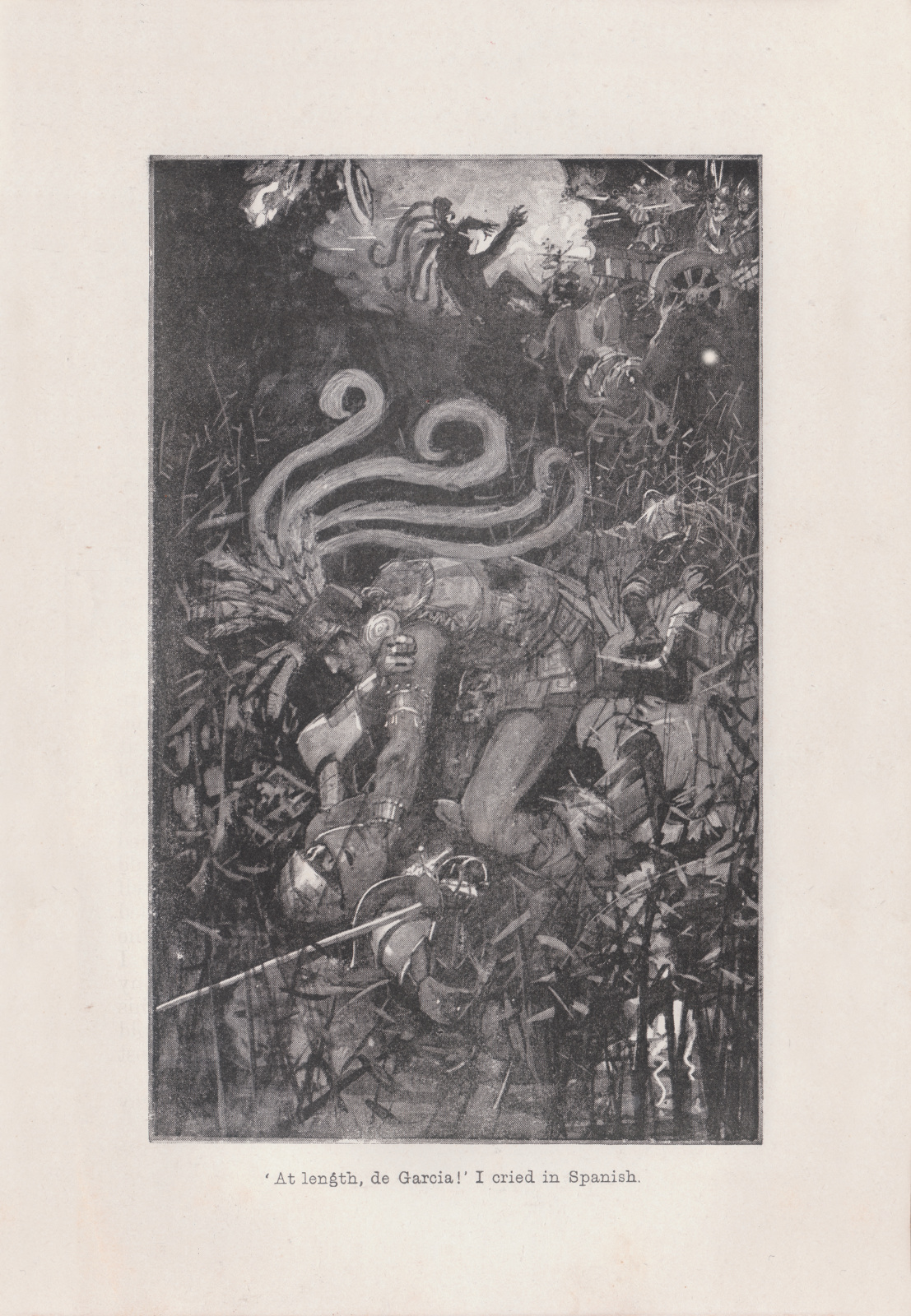