Painter and illustrator Charles Henry Malcolm Kerr (also C.H.M. Kerr or Charles Kerr) was born 22 January 1858 in London. He was educated at Corpus Christi College, Oxford, the Royal Academy Schools, and at the Académie Julian in Paris. Kerr exhibited at the Royal Academy, the Royal Society of British Artists, the New English Art Club, Royal Hibernian Society, Royal Institute of Oil Painters, Royal Institute of Painters in Watercolors. In 1890 he was elected to the Royal Academy of British Artists. Kerr died on 27 December 1907 in Campden Hill, Kensington. 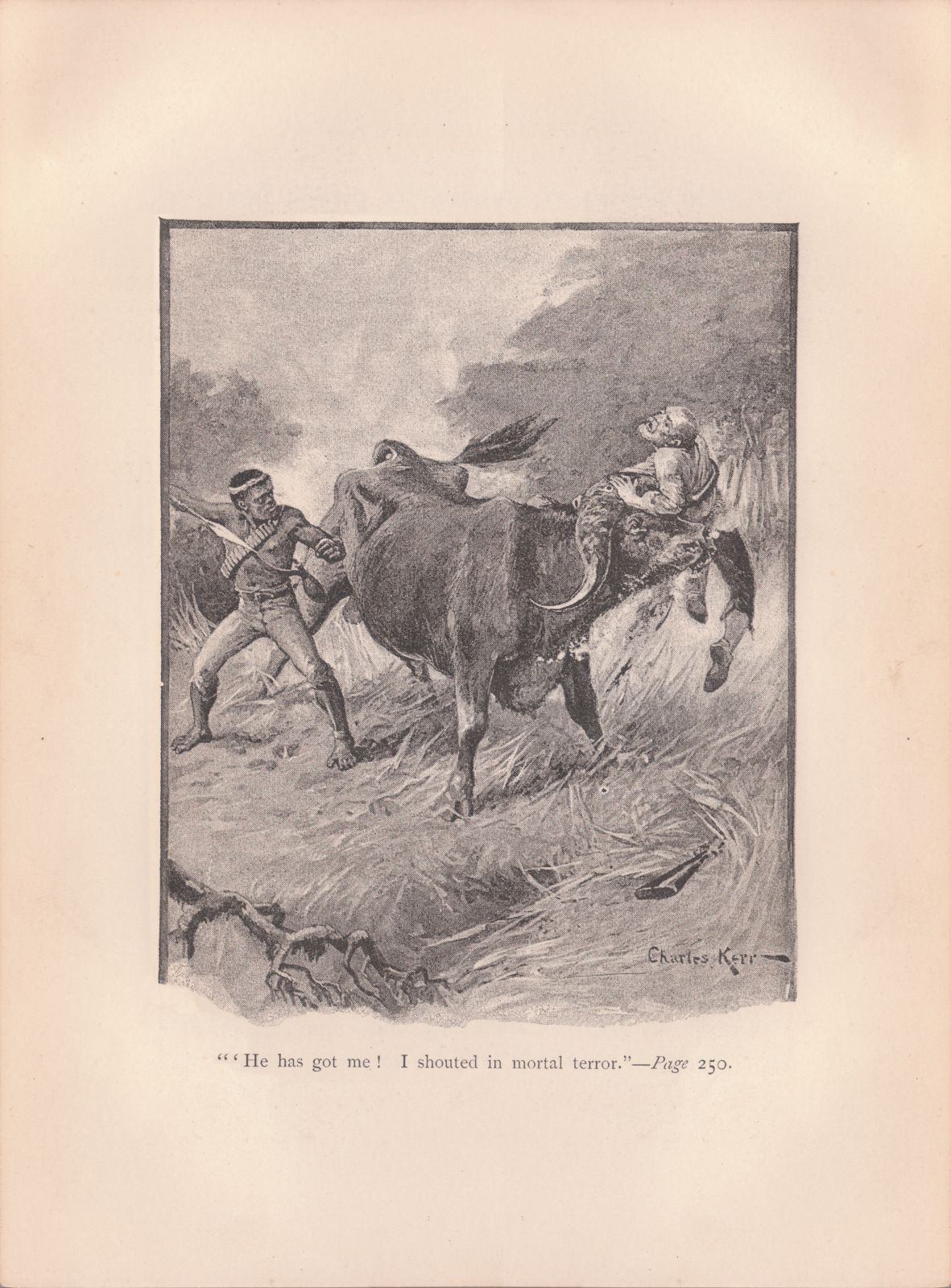 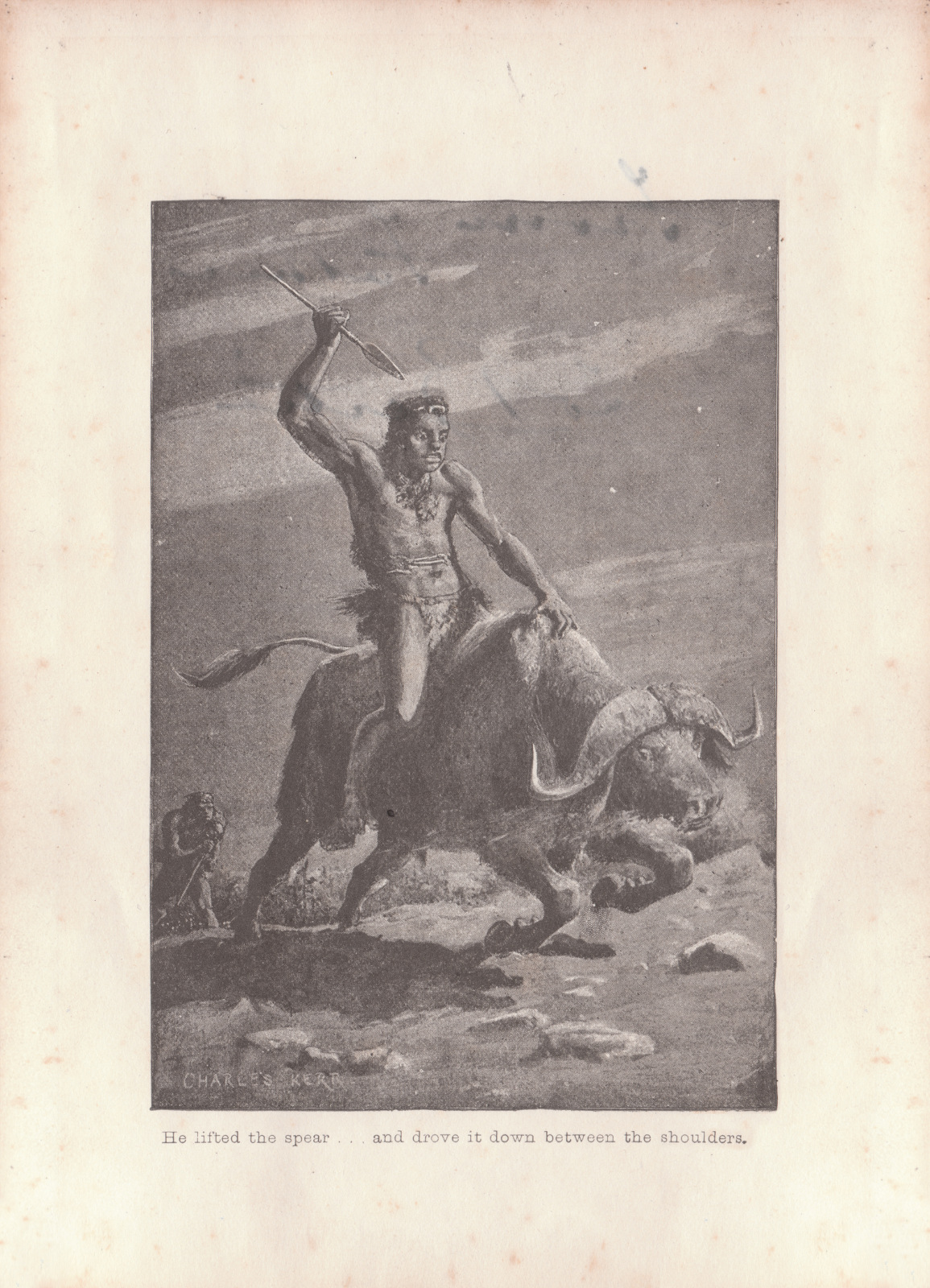 He lifted the spear... and drove it down between the shoulders.. Nada the Lily. New Edition. 1895 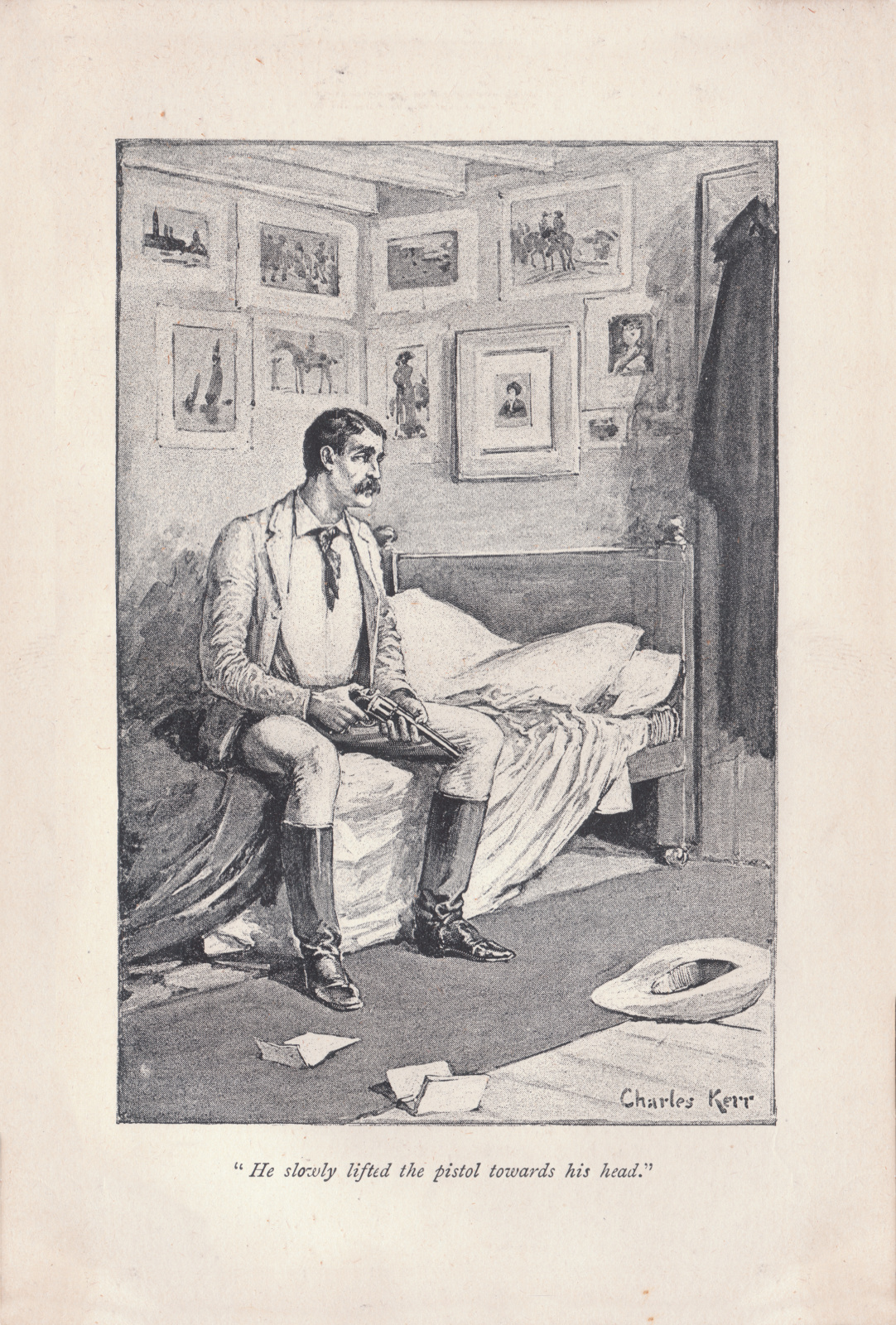 He slowly lifted the pistol towards his head.. The Witch's Head. Twenty-sixth Thousand. 1893 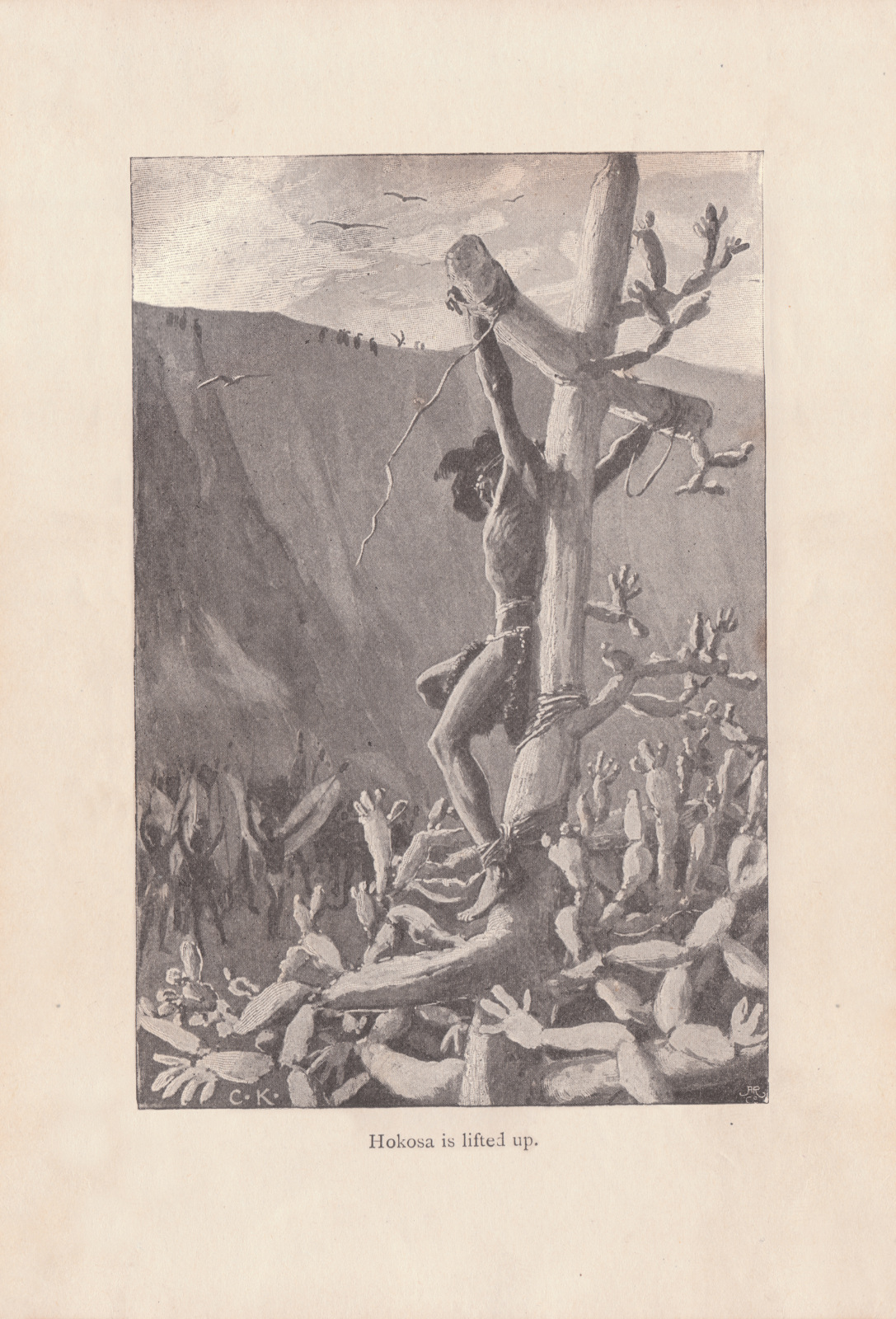 Hokosa is lifted up.. The Wizard. "The Wizard" from Black Heart and White Heart and Other Stories. 1900 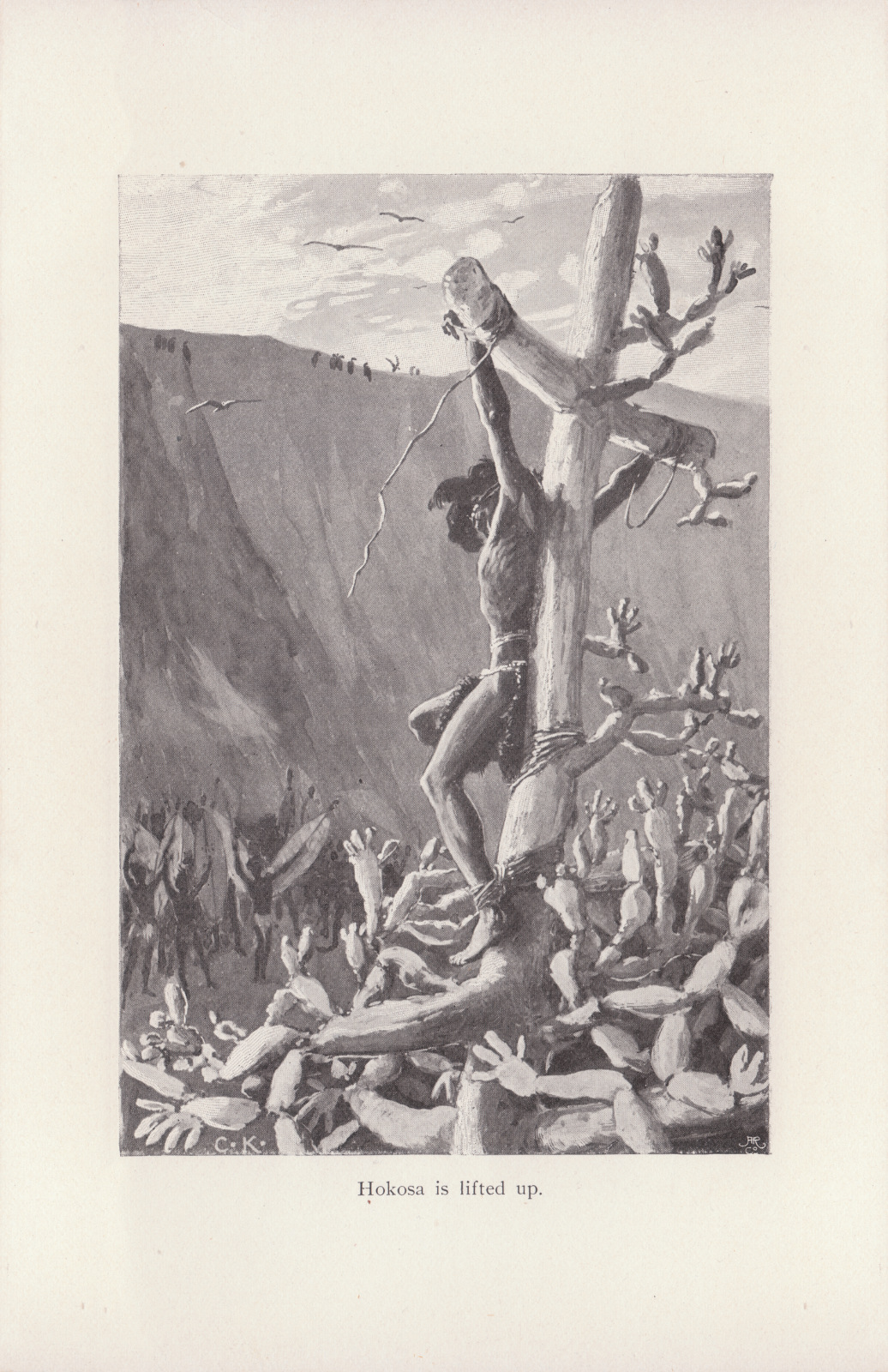 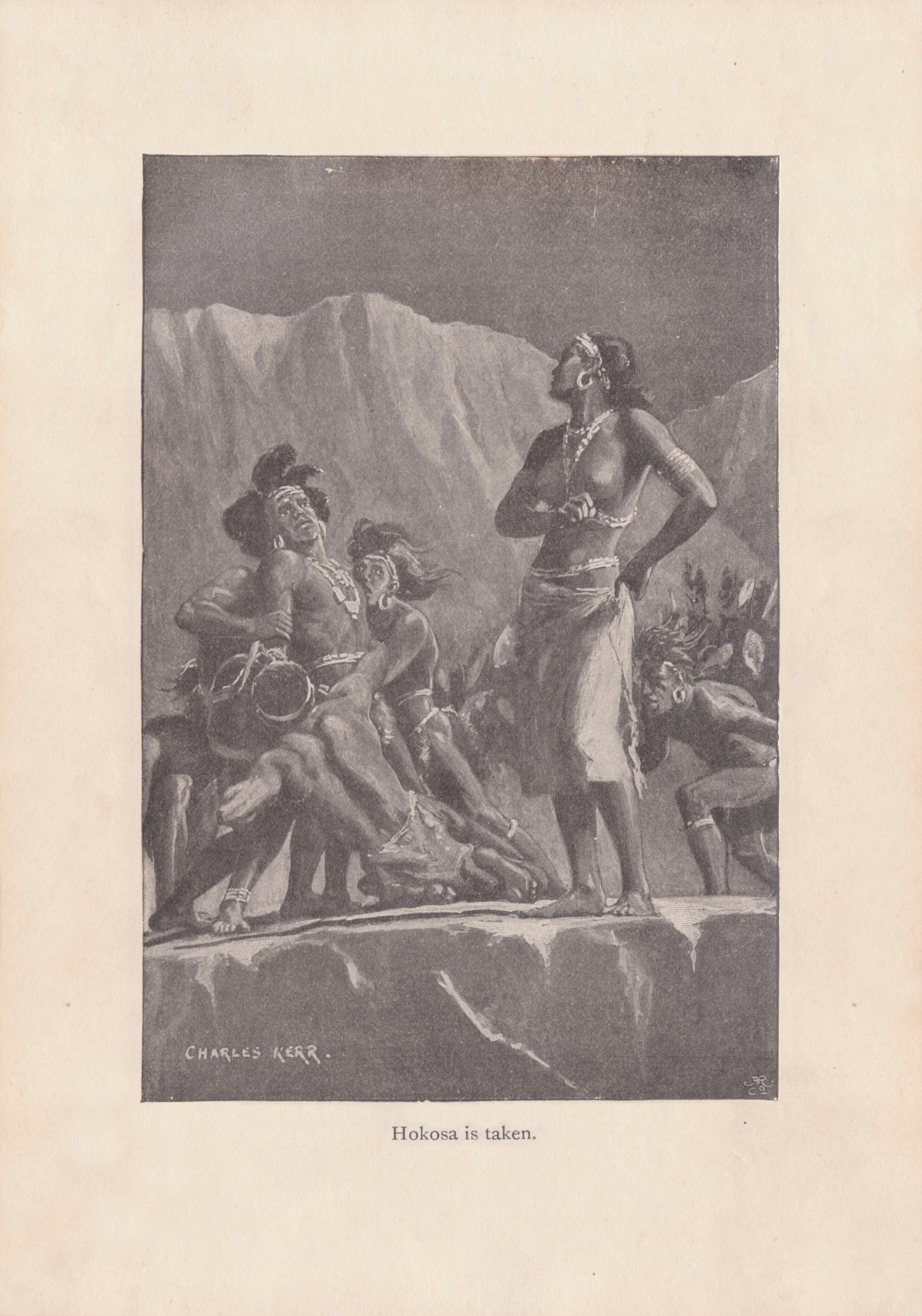 Hokosa is taken.. The Wizard. "The Wizard" from Black Heart and White Heart and Other Stories. 1900 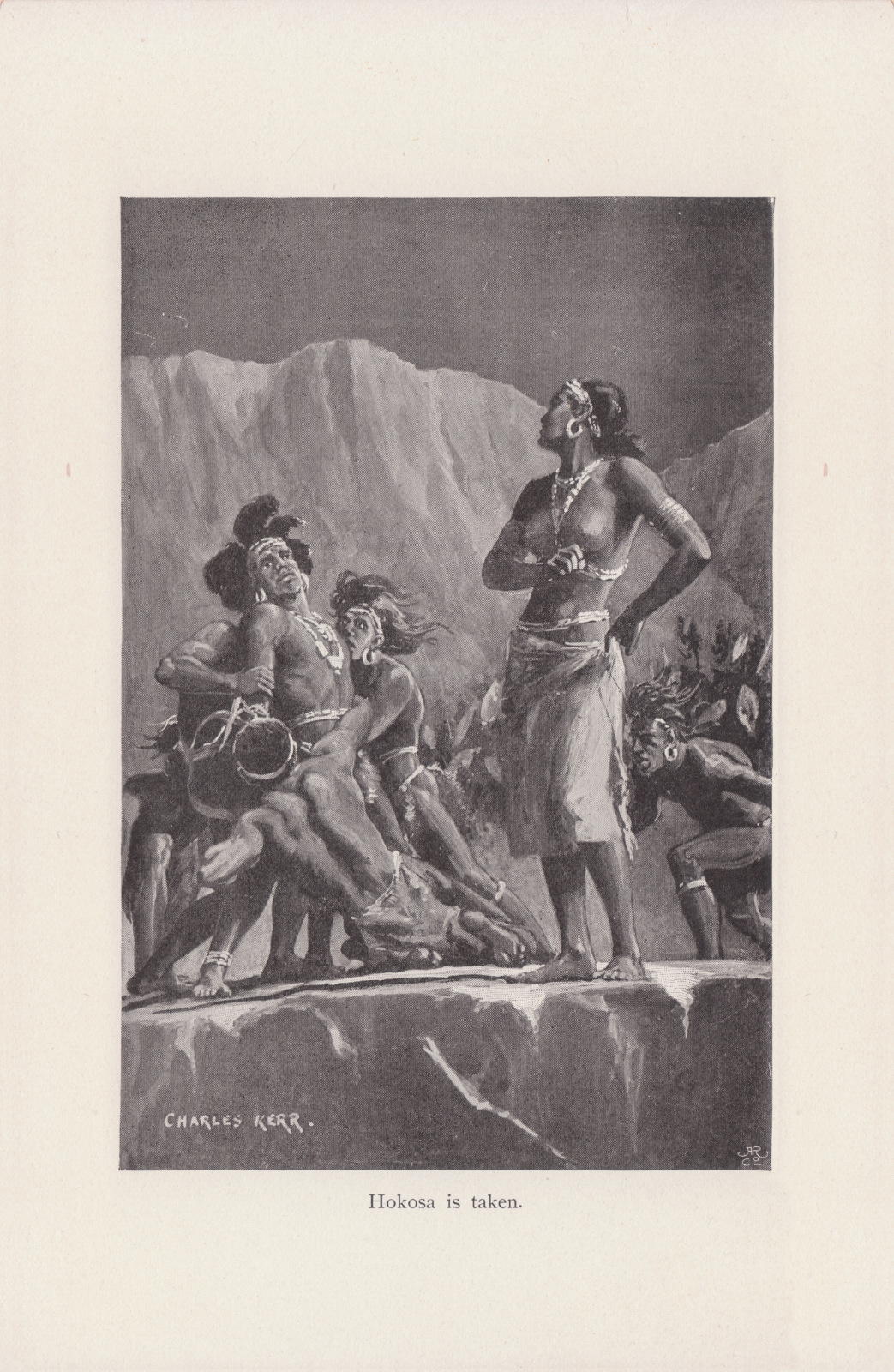 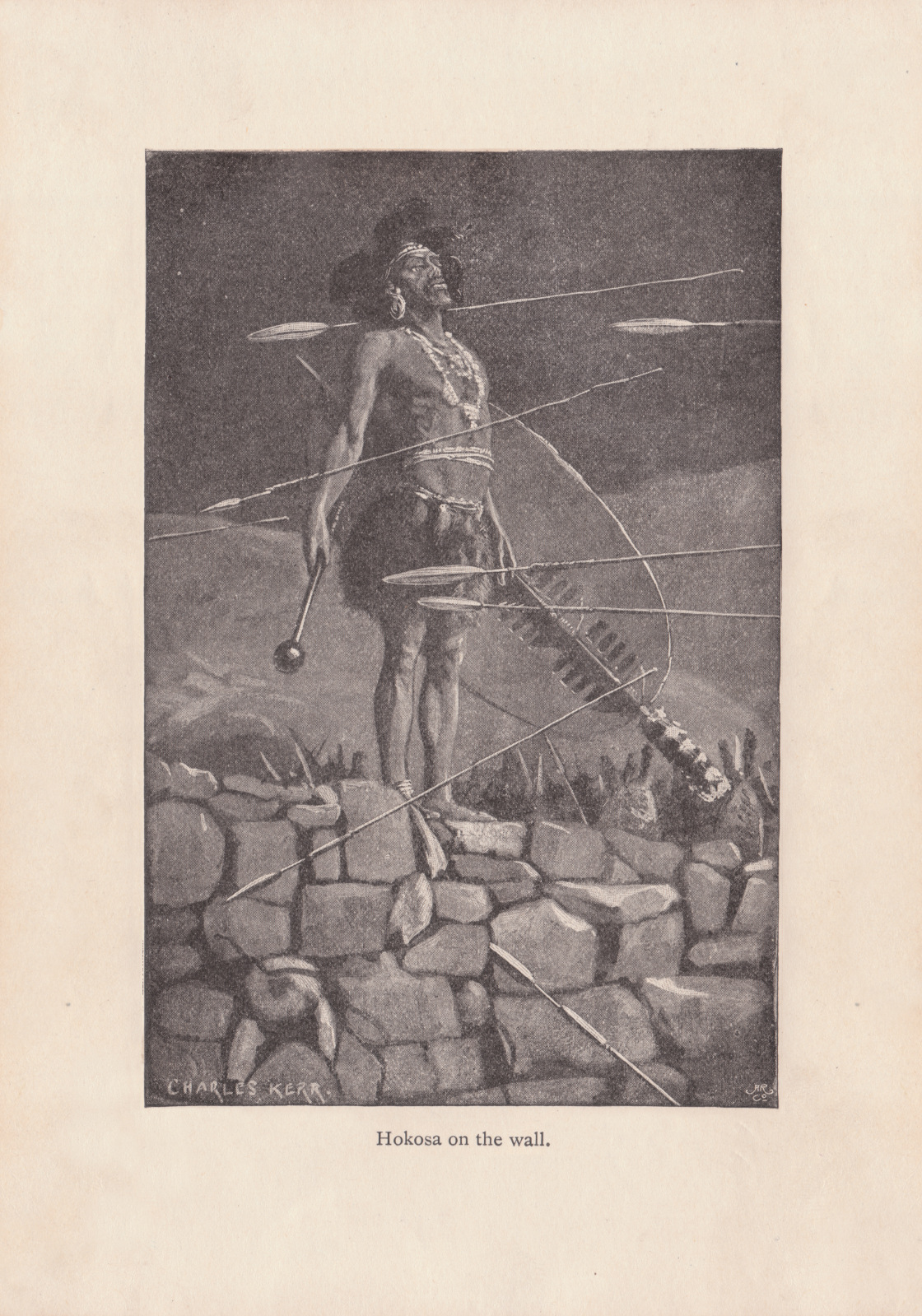 Hokosa on the Wall.. The Wizard. "The Wizard" from Black Heart and White Heart and Other Stories. 1900 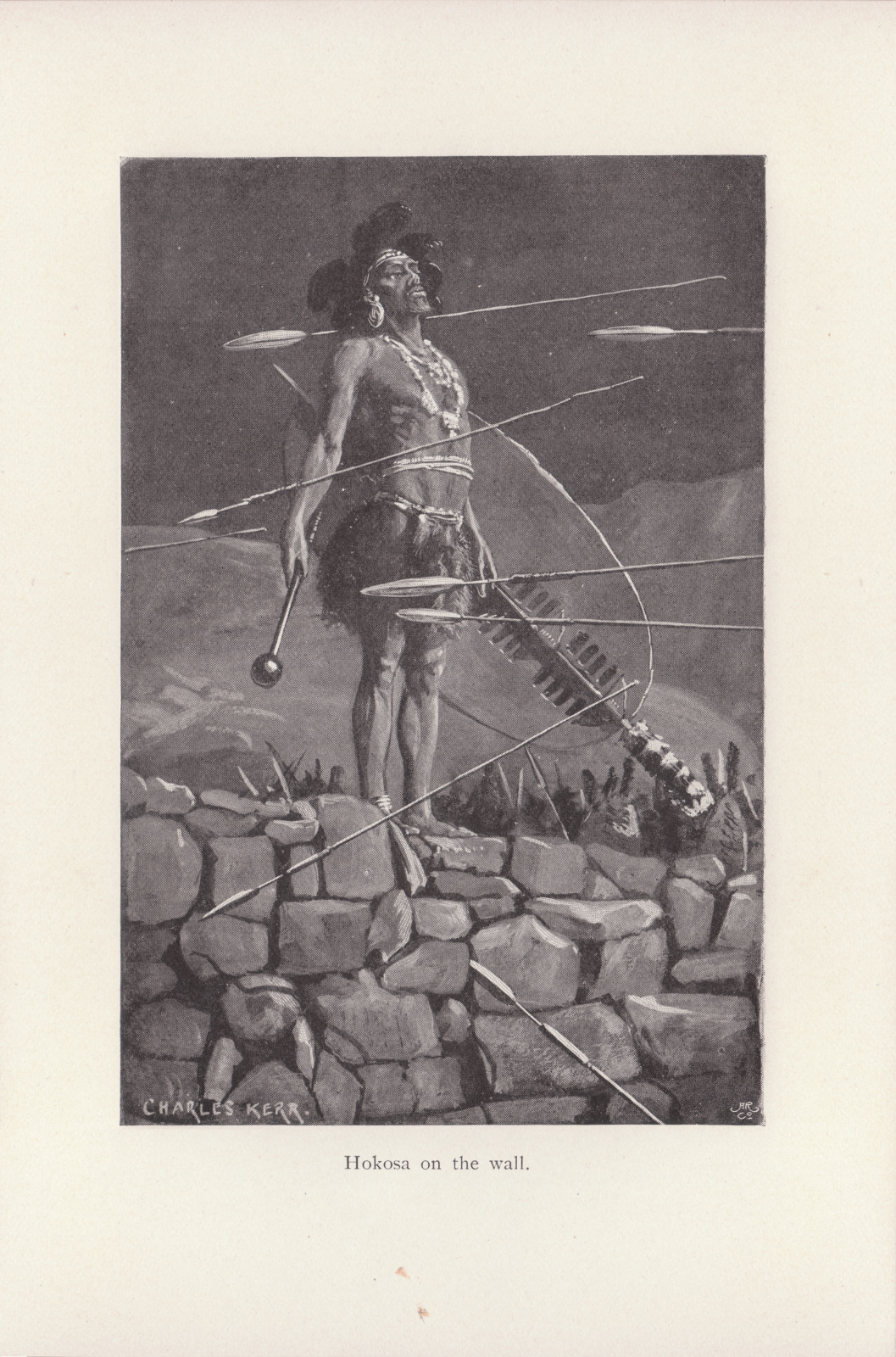 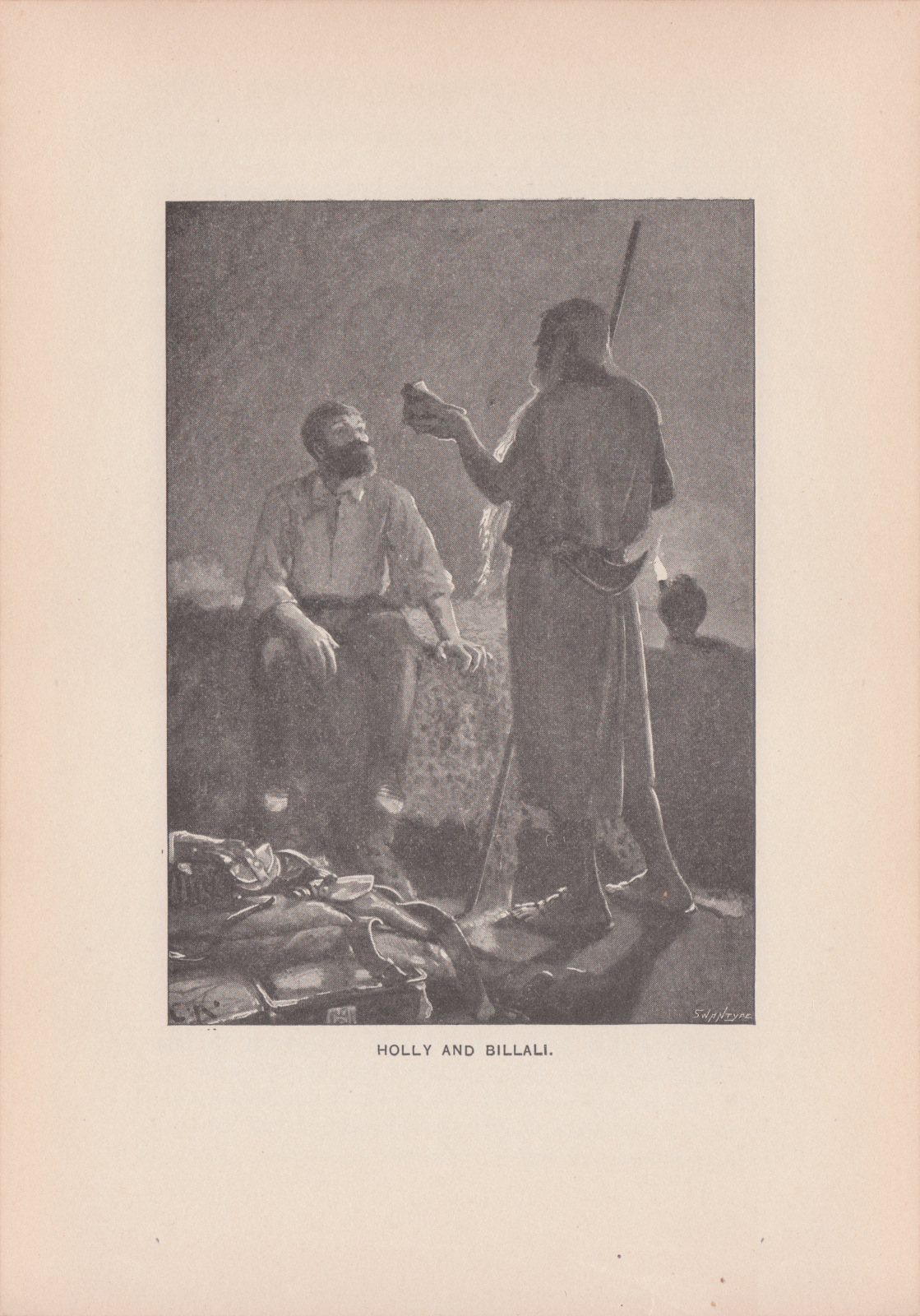 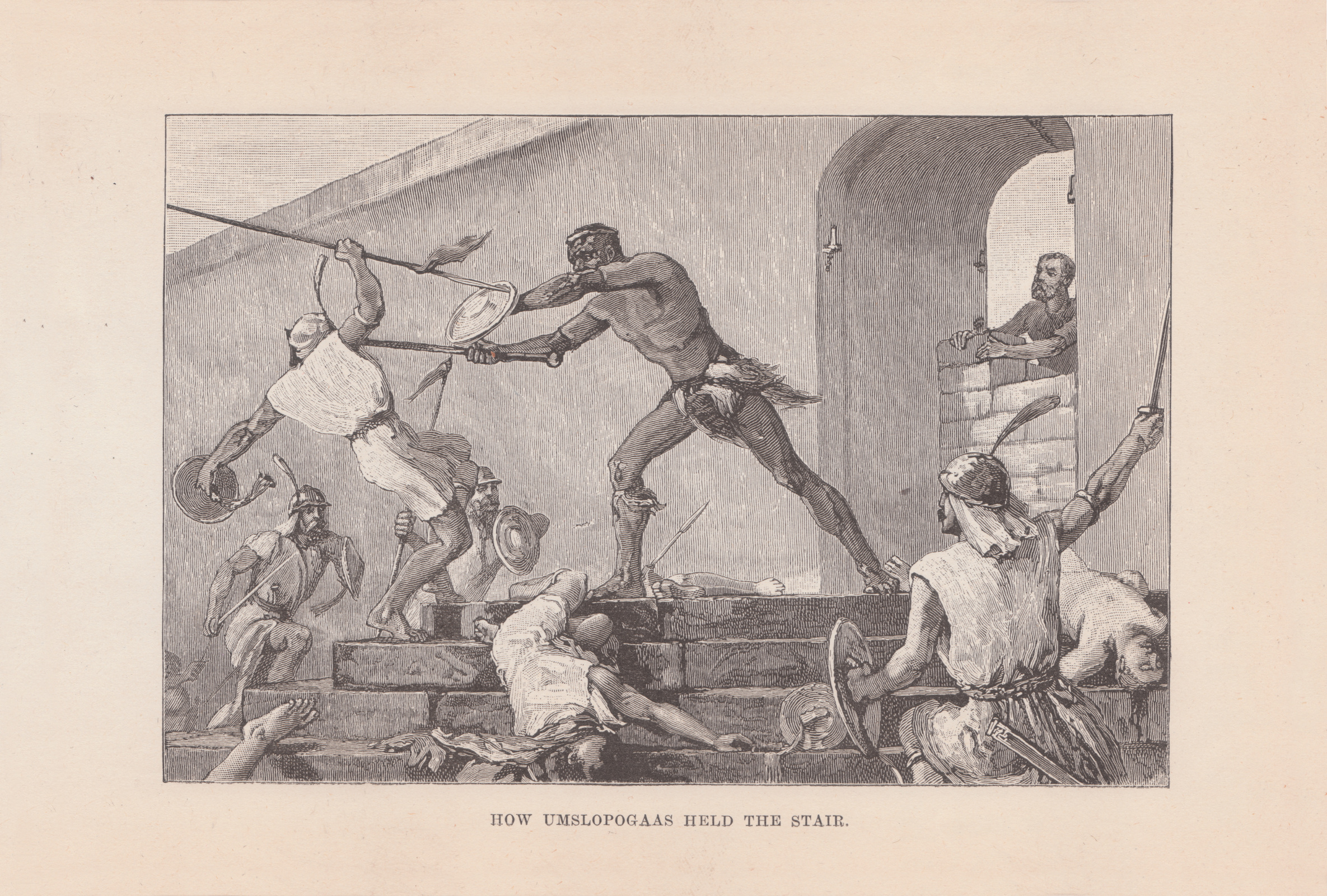