The artist T. Dart Walker (1869-1914) was born in Goshen, Indiana. He worked on the staff of the Harper Brothers, creating illustrations for Harper's Monthly, Harper's Young People. Walker specialized in journalistic illustration, documenting the 1898 Spanish-American War, and the 1893 Chicago World's Columbian Exposition. In additions to Harper's, Walker contributed illustrations to Collier's, The Graphic, The Illustrated London News, Leslie's Weekly Illustrated, and Puck. 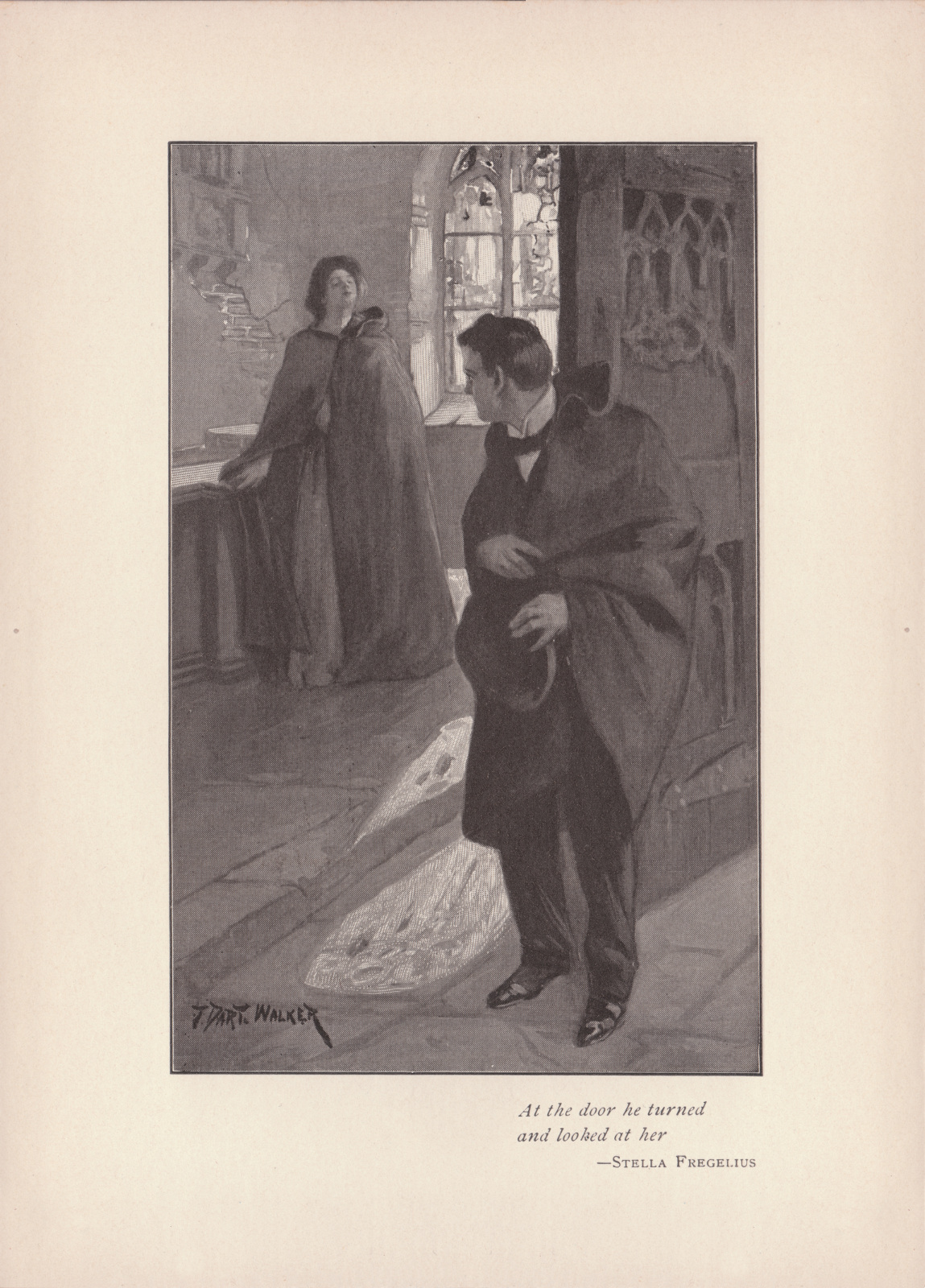 At the door he turned and looked at her. Stella Fregelius. Authorized Edition. None 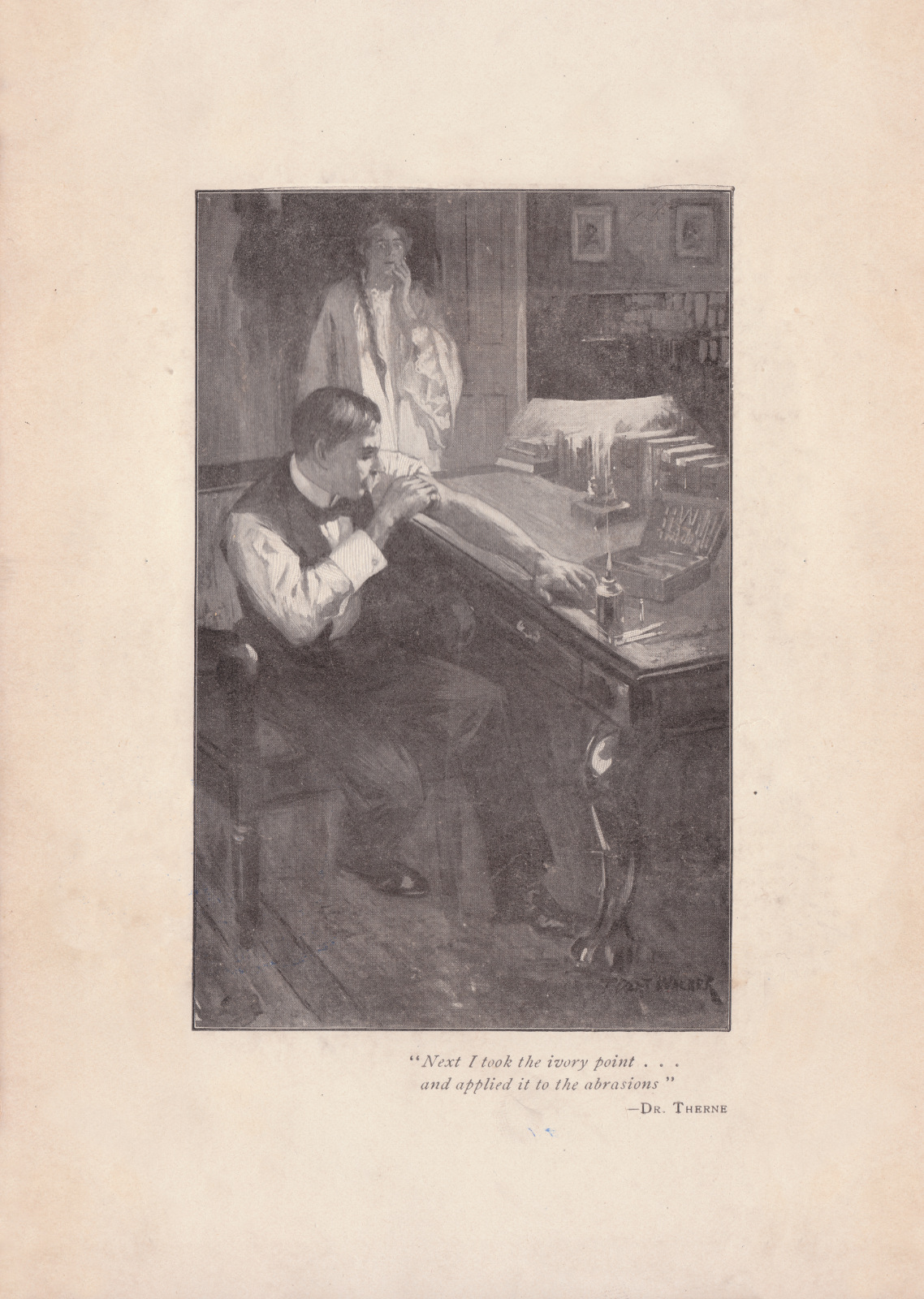 Next I took the ivory point... and applied it to the abrasions. Dr. Therne. Authorized Edition, Mr. Meeson's Will, A Novel, Doctor Therne. None 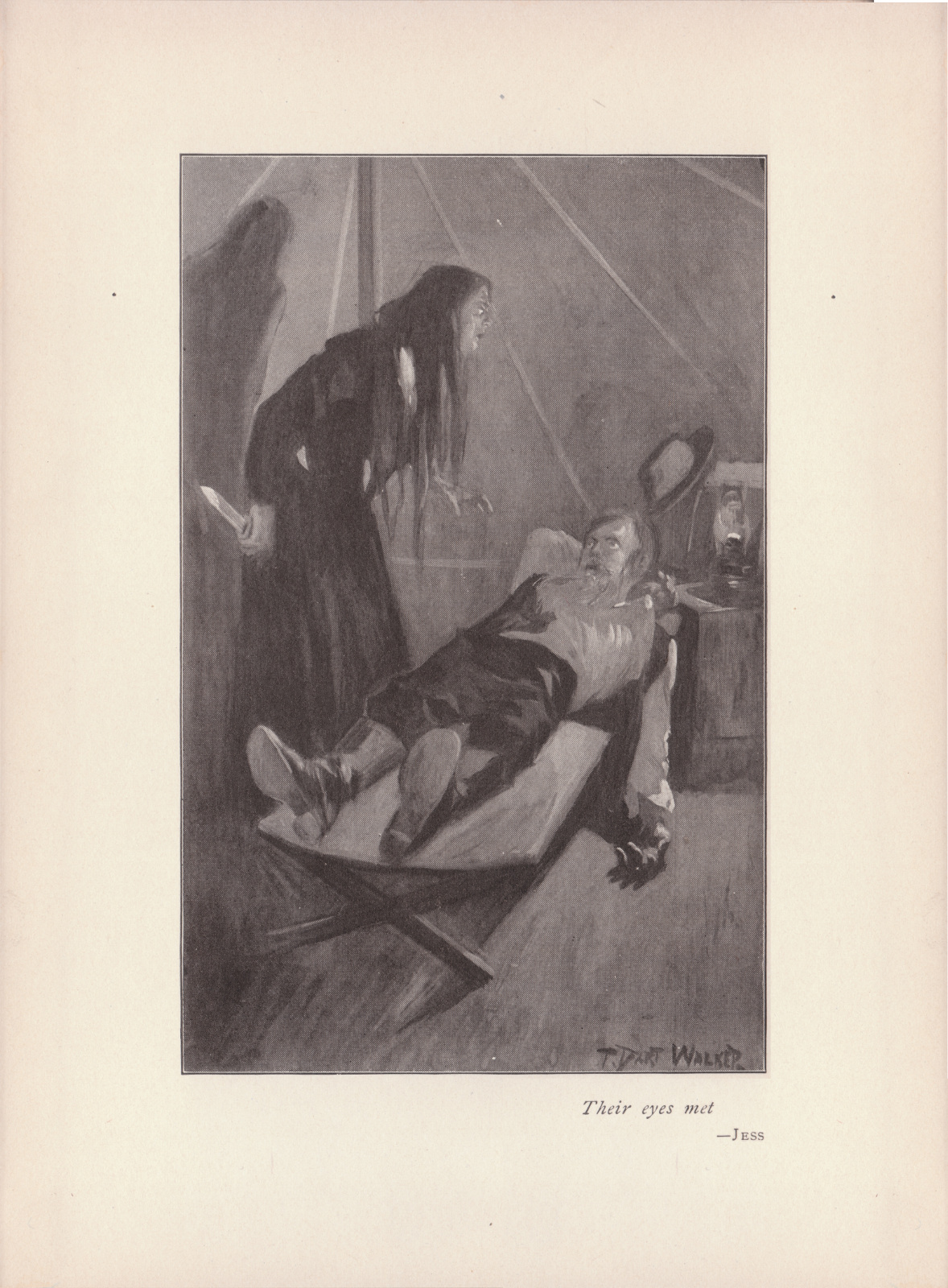