The artist Sir William Russell Flint (1880-1969) worked in oils, tempera, watercoulor, and printmaking, and was best known for his exotic and erotic female nudes. Born on 4 April 1880 in Edinburgh, the son of graphic designer Francis Wighton Flint (1850/51–1902), Flint studied at the Royal Institution School of Art, Edinburgh, and Hatherleys Art School. Flint apprenticed as a designer and lithographer for Banks & Co. between 1894 and 1900. He then worked as a medical illustrator for Messrs. Bale, Sons, and Danielsson. Flint moved into illustration work at The Illustrated London News in 1903, but his big breakthrough came when Cassell commissioned Flint to illustrate Haggard’s King Solomon’s Mines. Flint enjoyed much acclaim during his lifetime. He was a Royal Academician, a member of the Royal Society of Painter-Etchers and Engravers, a silver medal winner at the 1913 Paris Salon, and for twenty years he served as president of the Royal Society of Painters in Water Colours. Flint was knighted in 1947. Flint married fellow Hatherly’s student Sibyl Sueter (1874/5–1960) on 12 August 1905, and they had one son, artist Francis Russell Flint (1915-1977). During WWI Flint served in the Royal Naval Volunteer Reserve the RAF. Flint died in London on 27 December 1969. 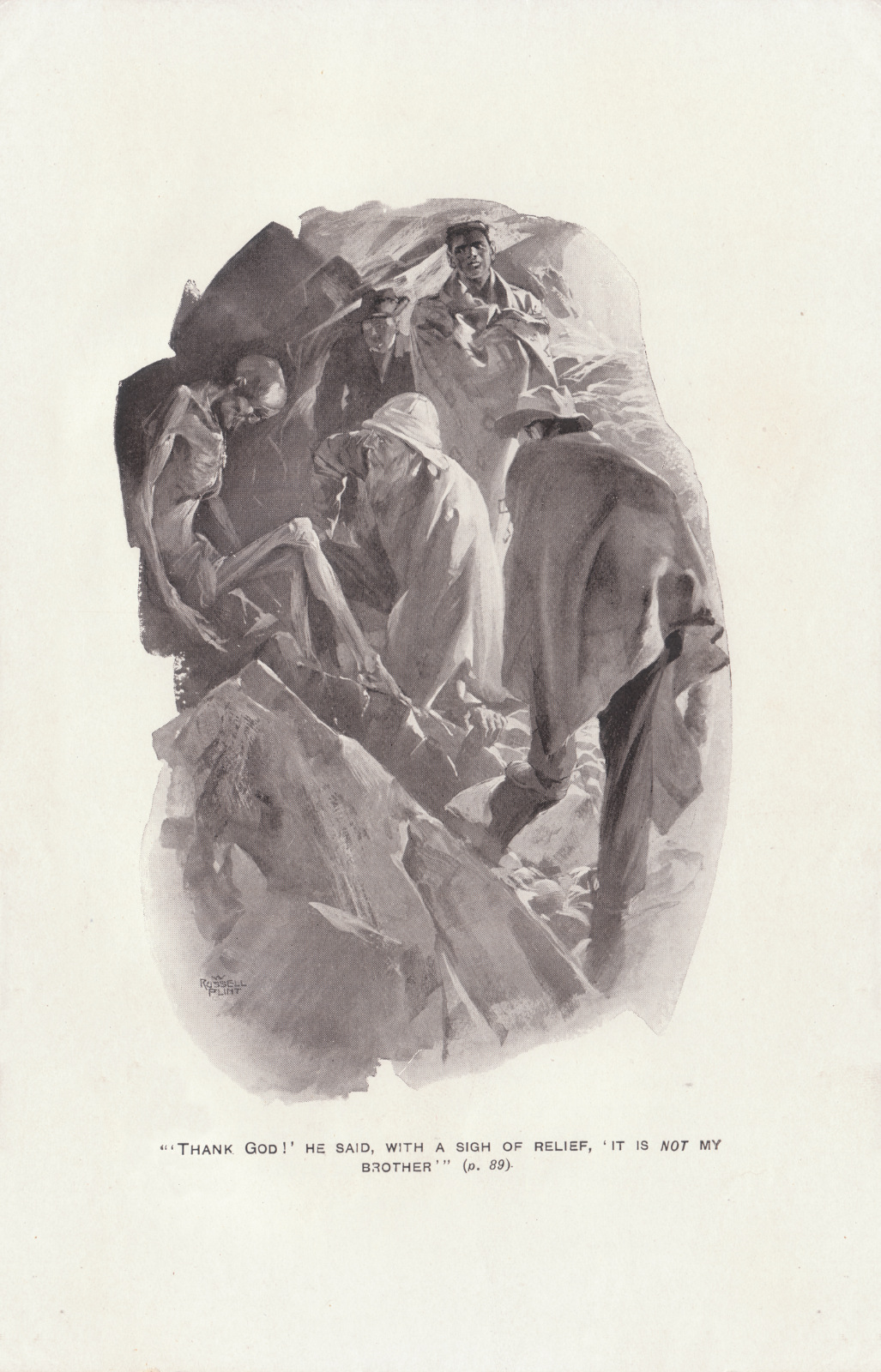 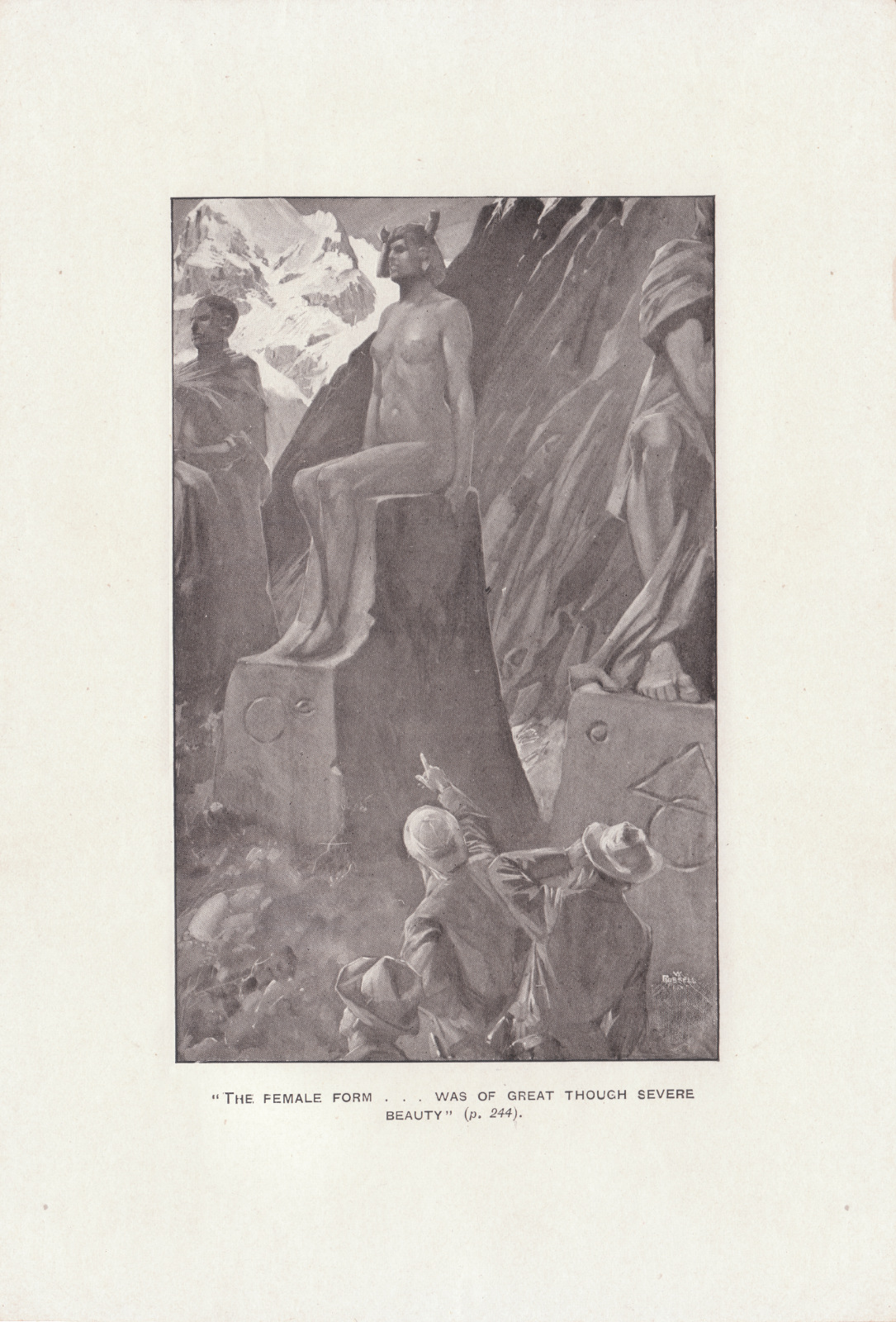 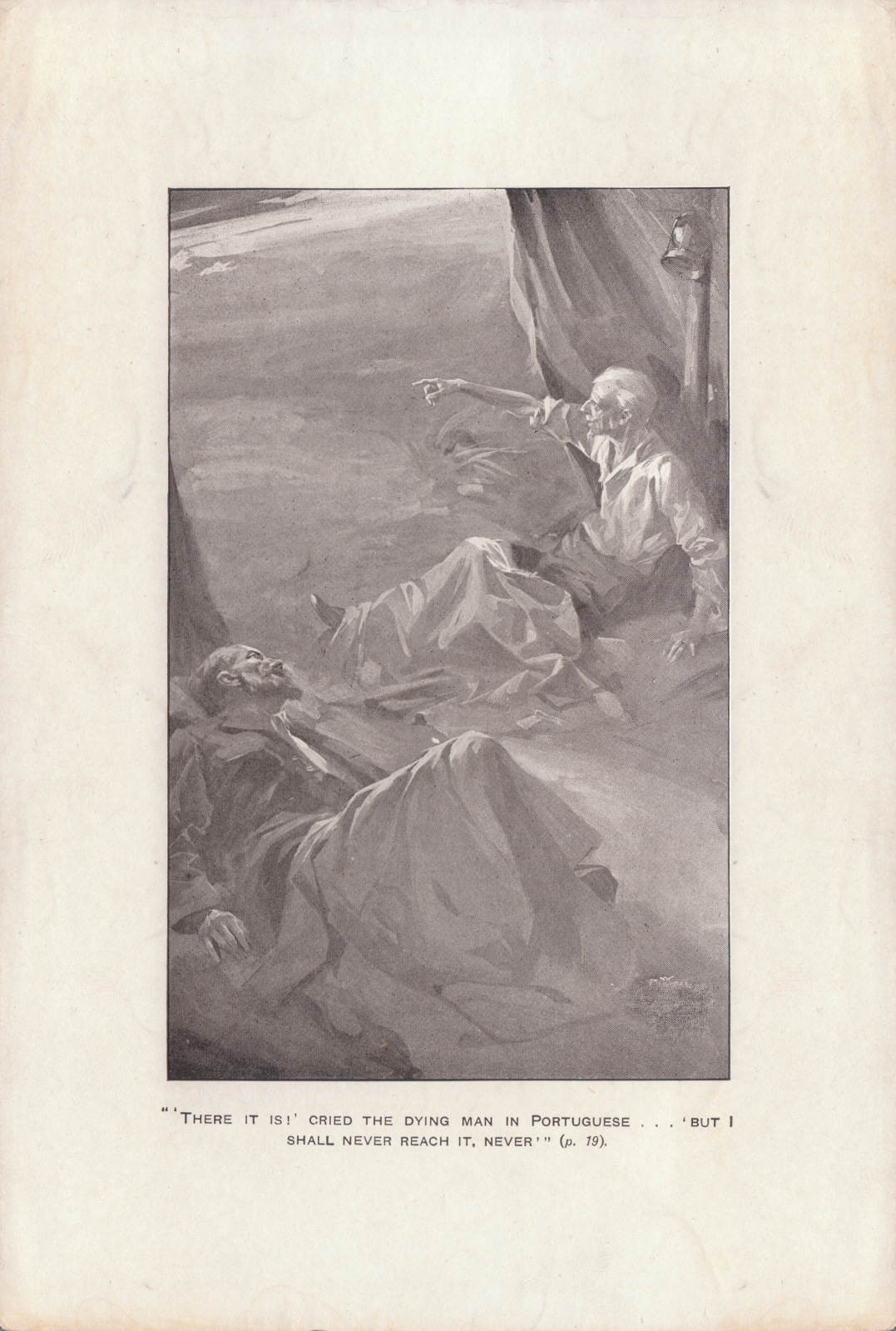 'There it is!' Cried the dying man in Portuguese... 'But I shall never reach it, never'. King Solomon's Mines. Revised Edition. 1907 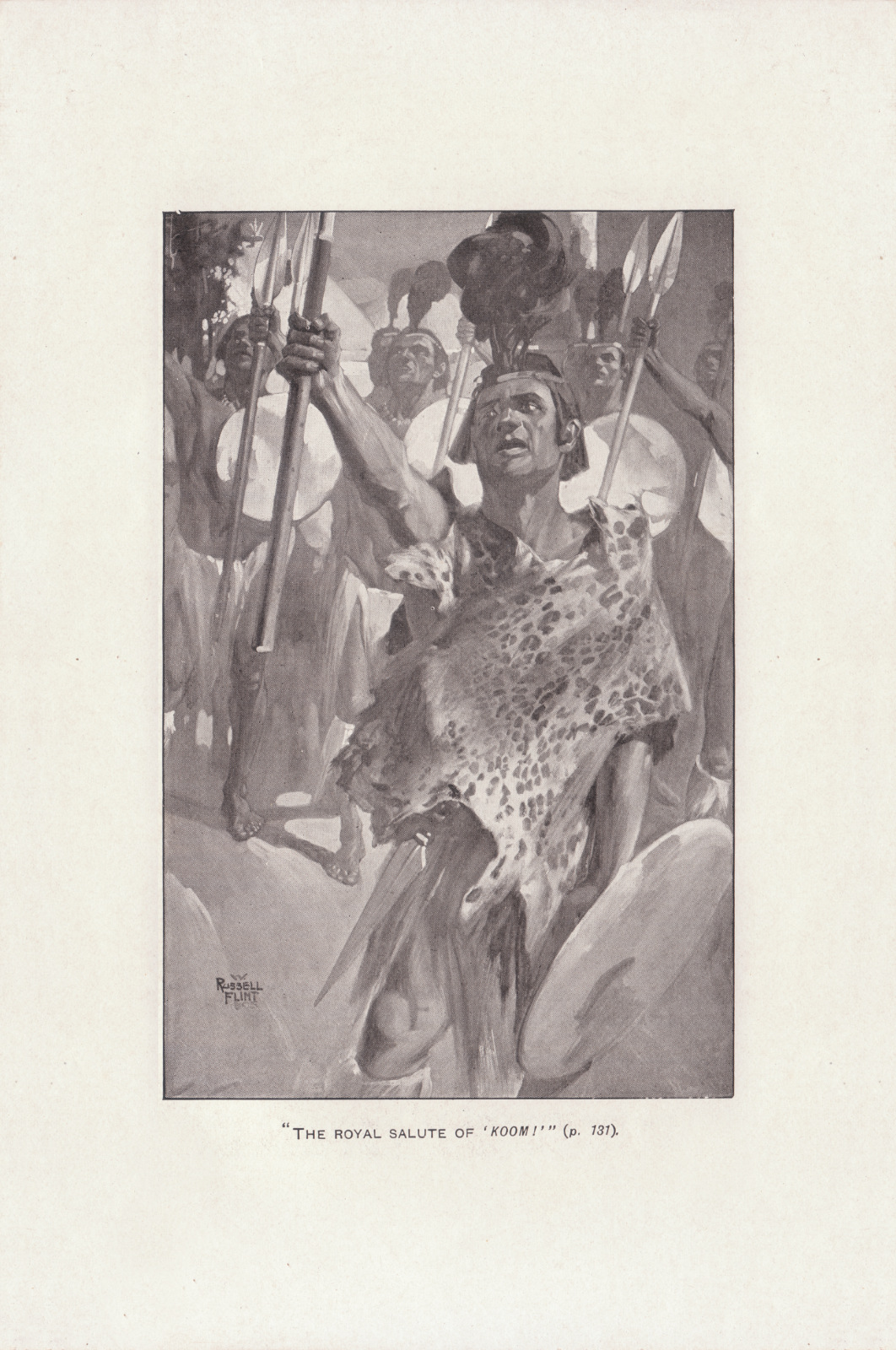 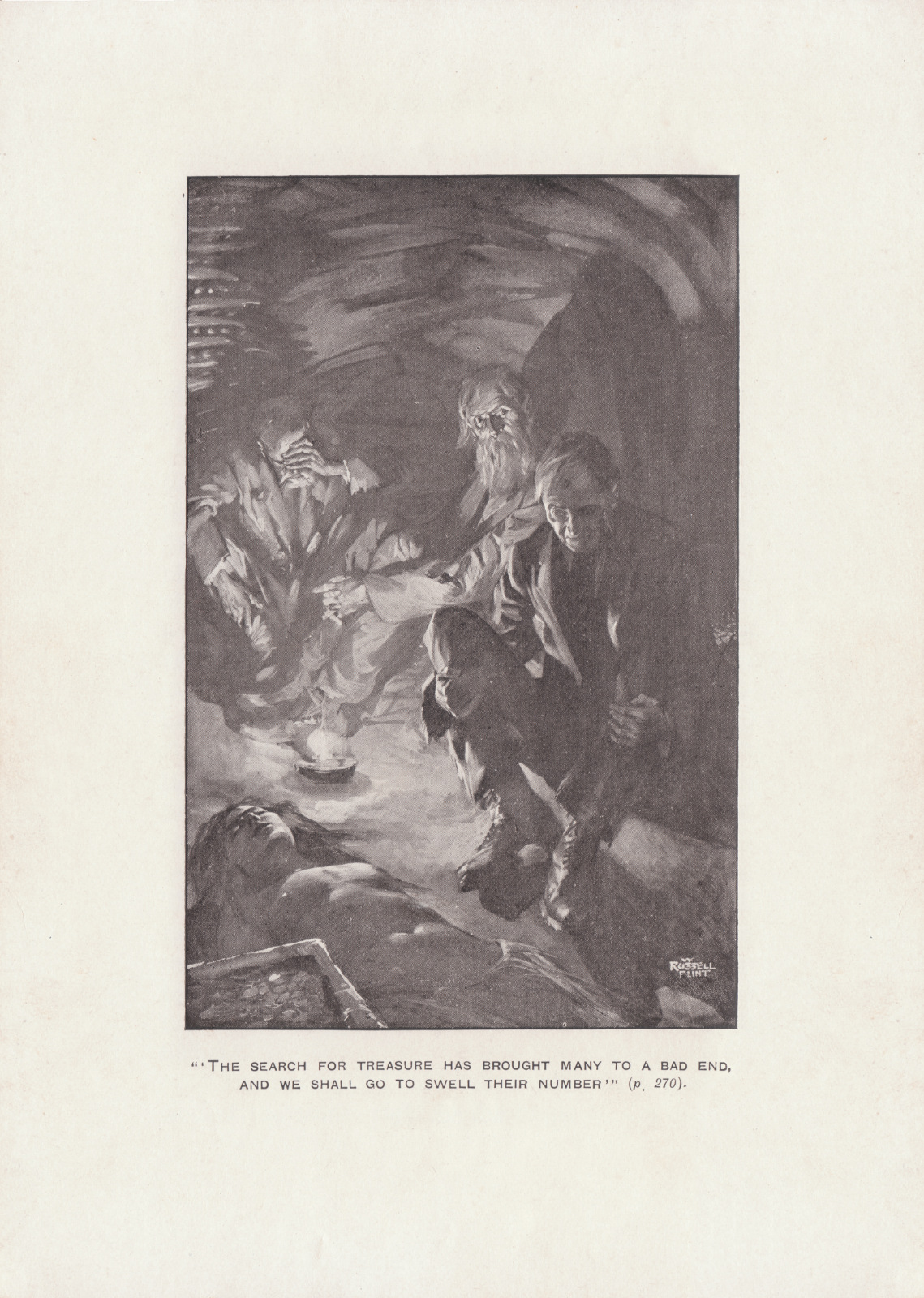 The search for treasure has brought many to a bad end, and we shall go to swell their number.. King Solomon's Mines. Revised Edition. 1907 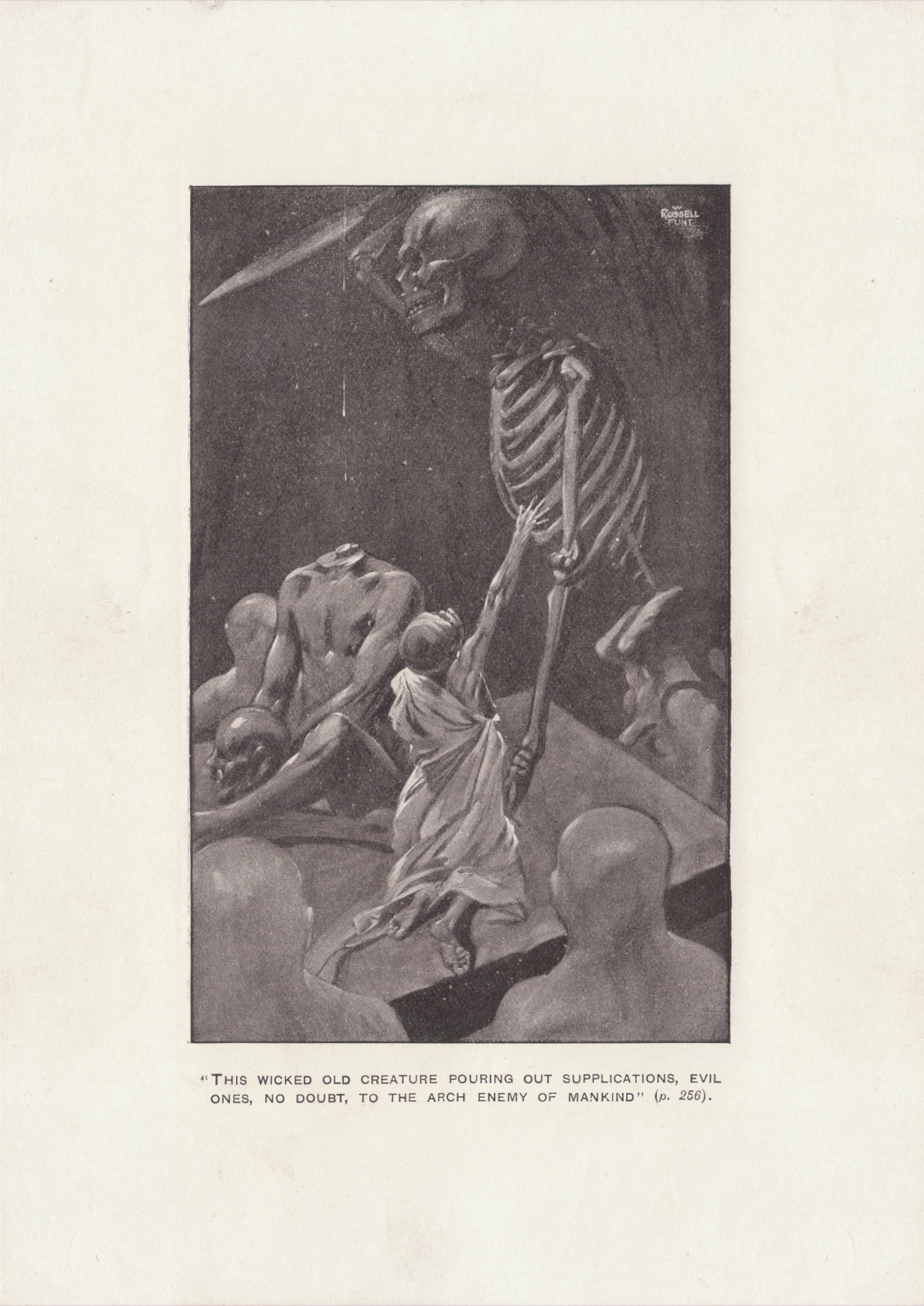 This wicked old creature pouring out supplications, evil ones, no doubt, to the arch enemy of mankind. King Solomon's Mines. Revised Edition. 1907 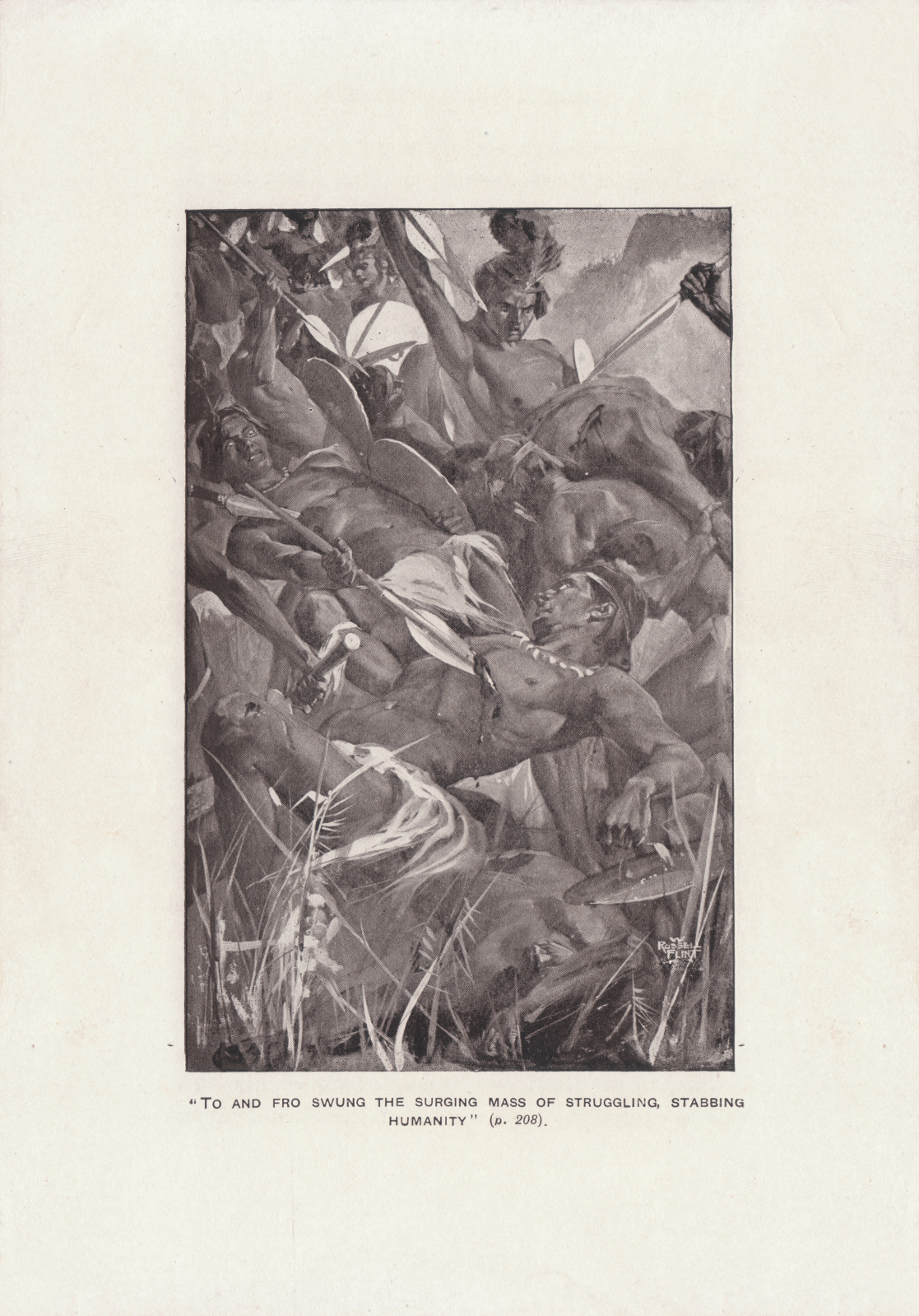 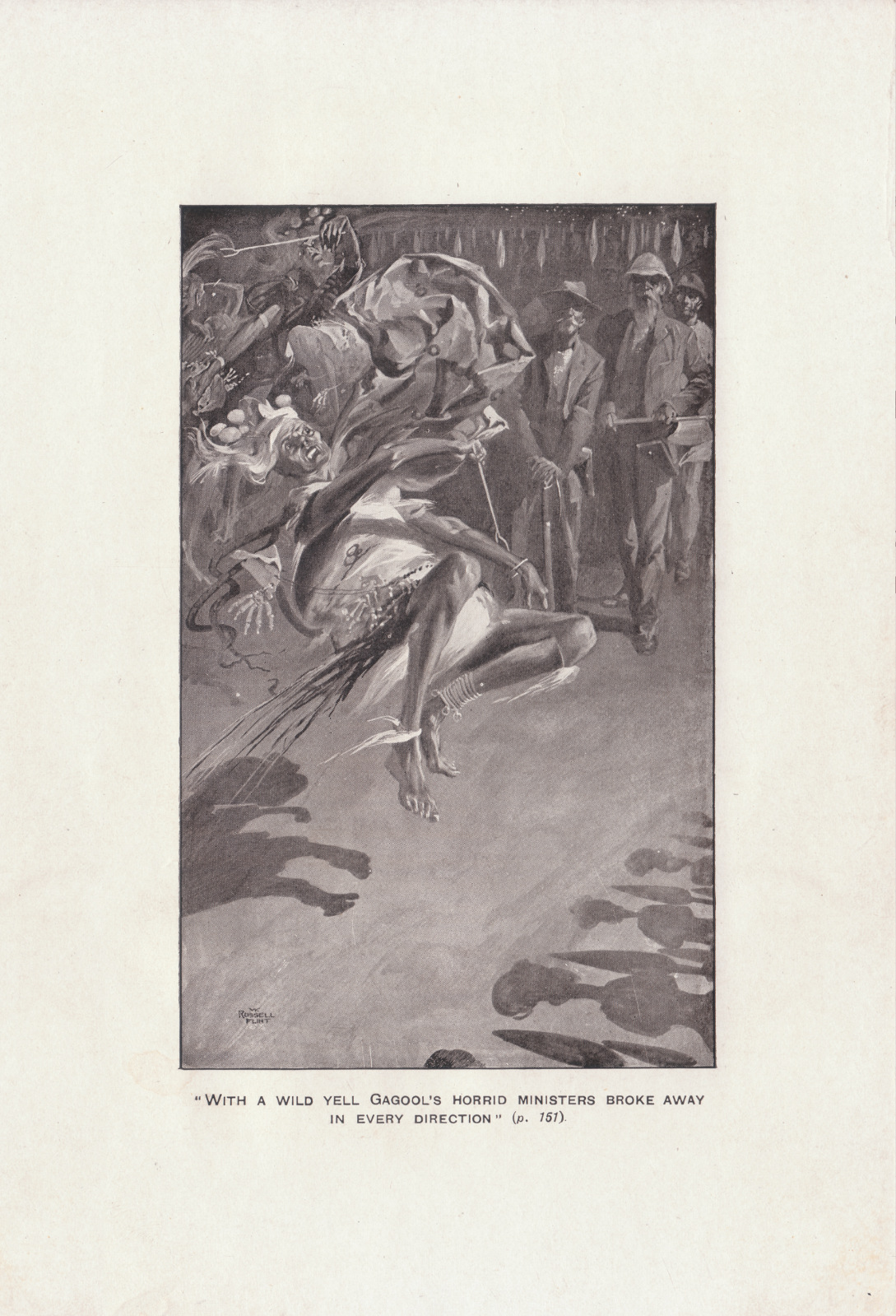