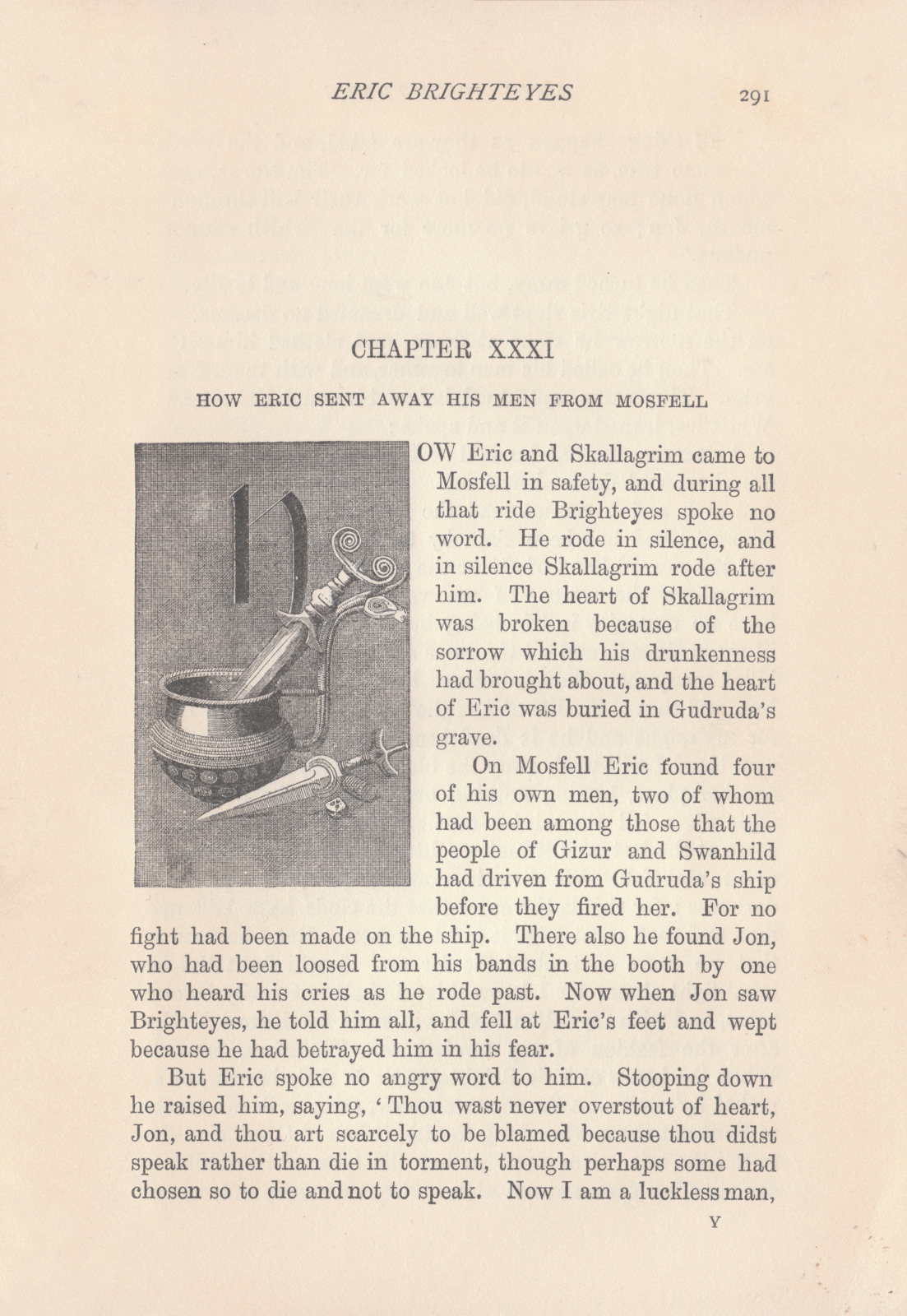 How Eric sent away his men from Mosfell. Eric Brighteyes. Seventh Impression. 1905 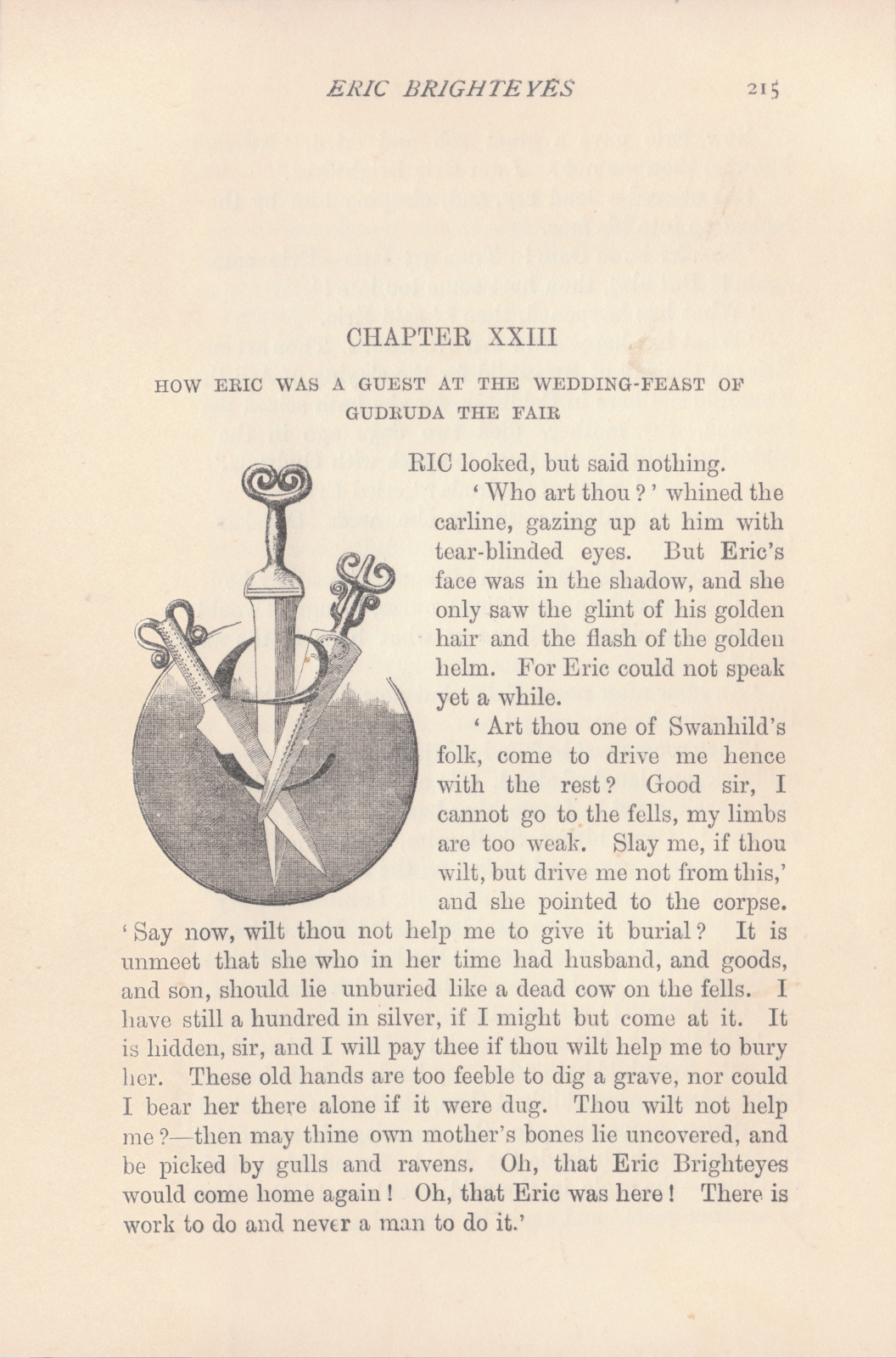 How Eric was a guest at the wedding-feast of Gudruda the fair. Eric Brighteyes. Seventh Impression. 1905 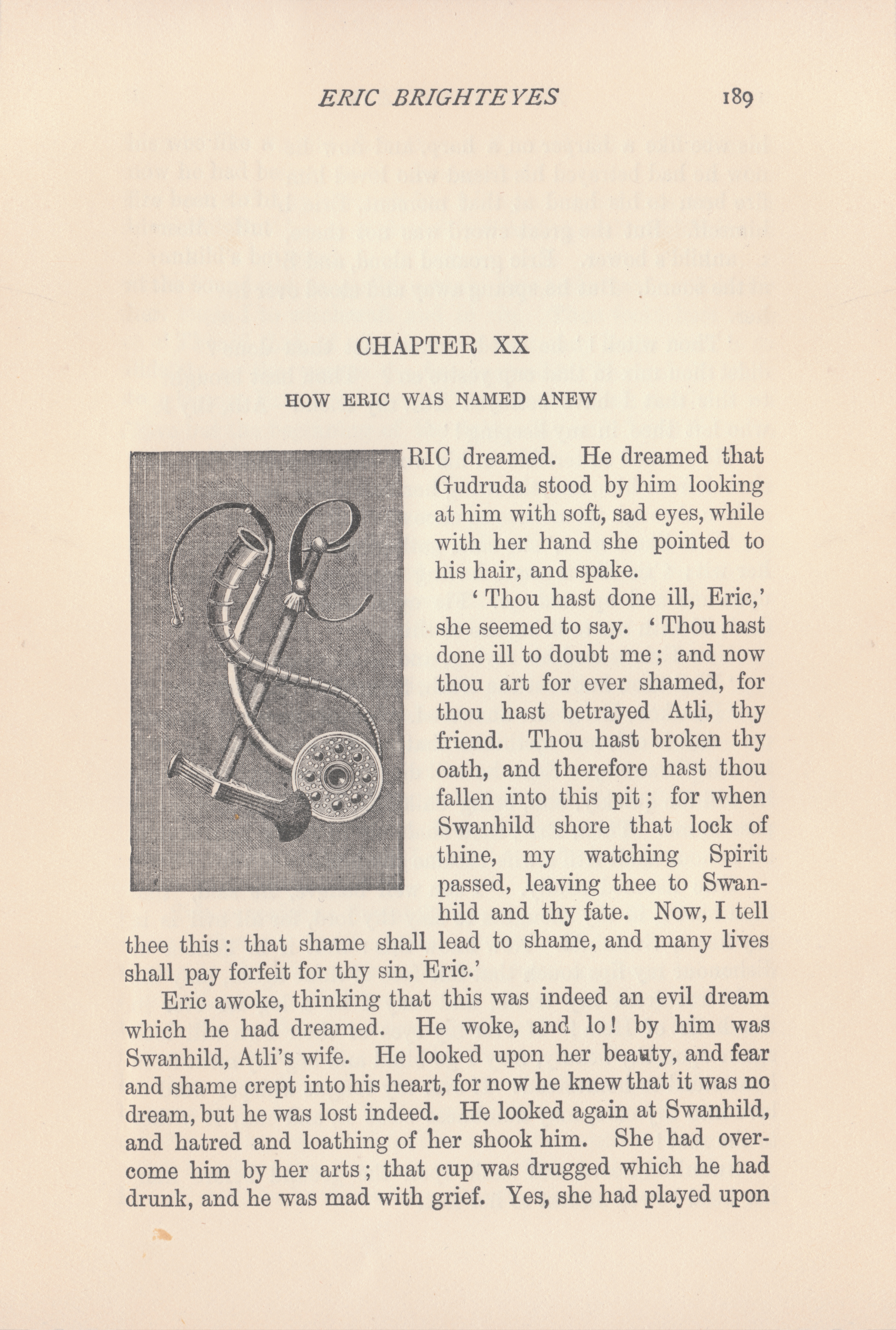 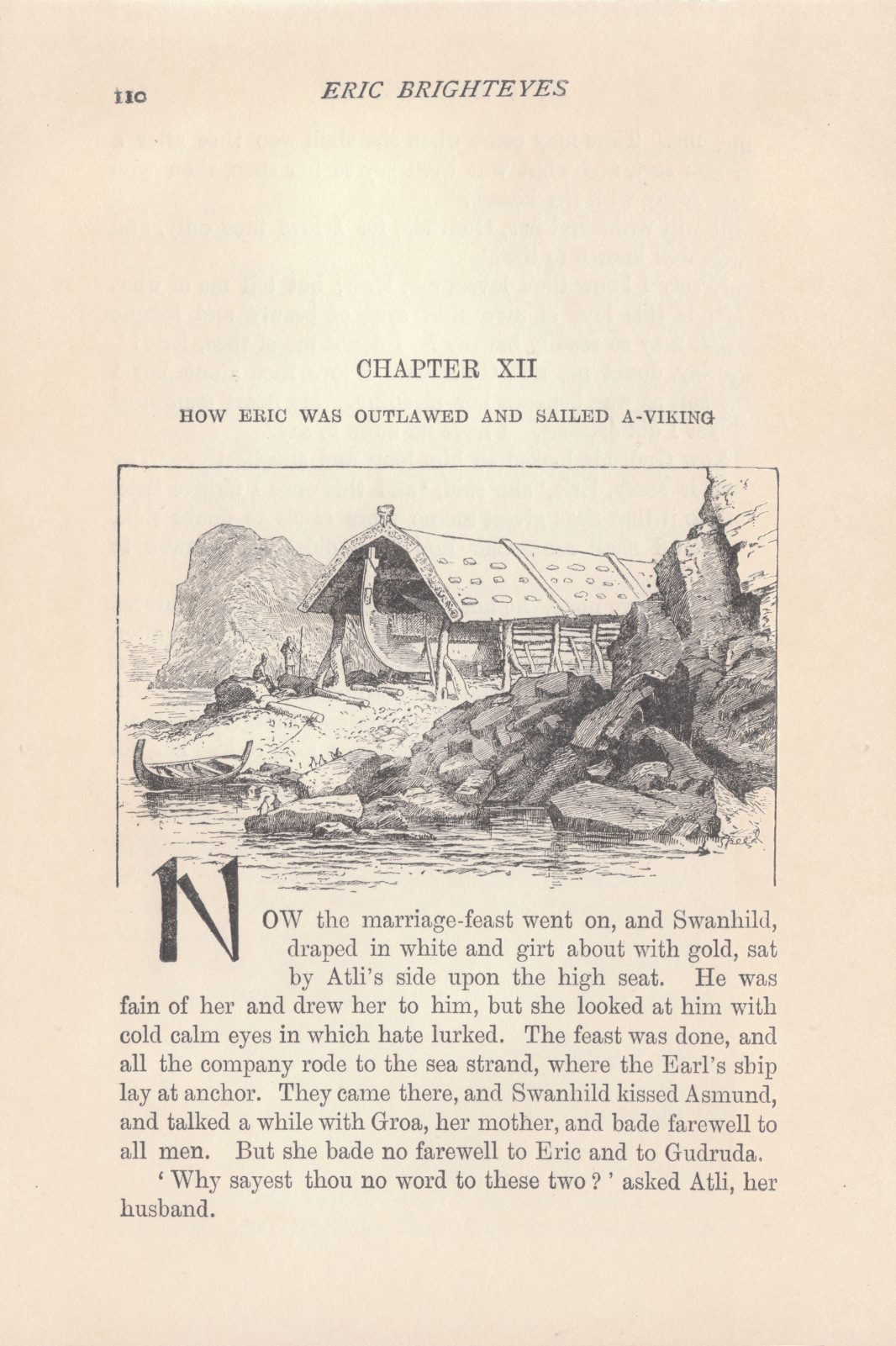 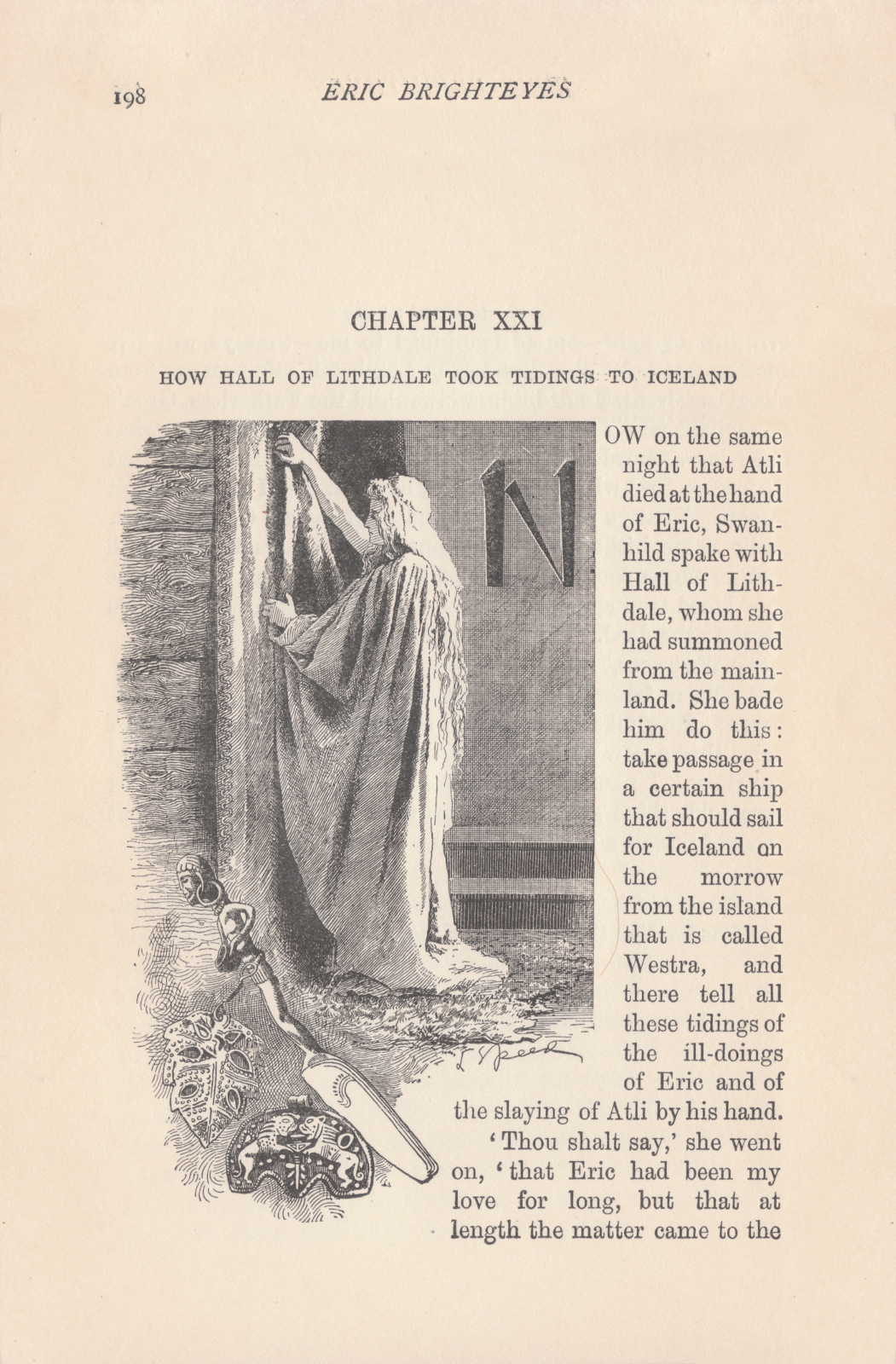 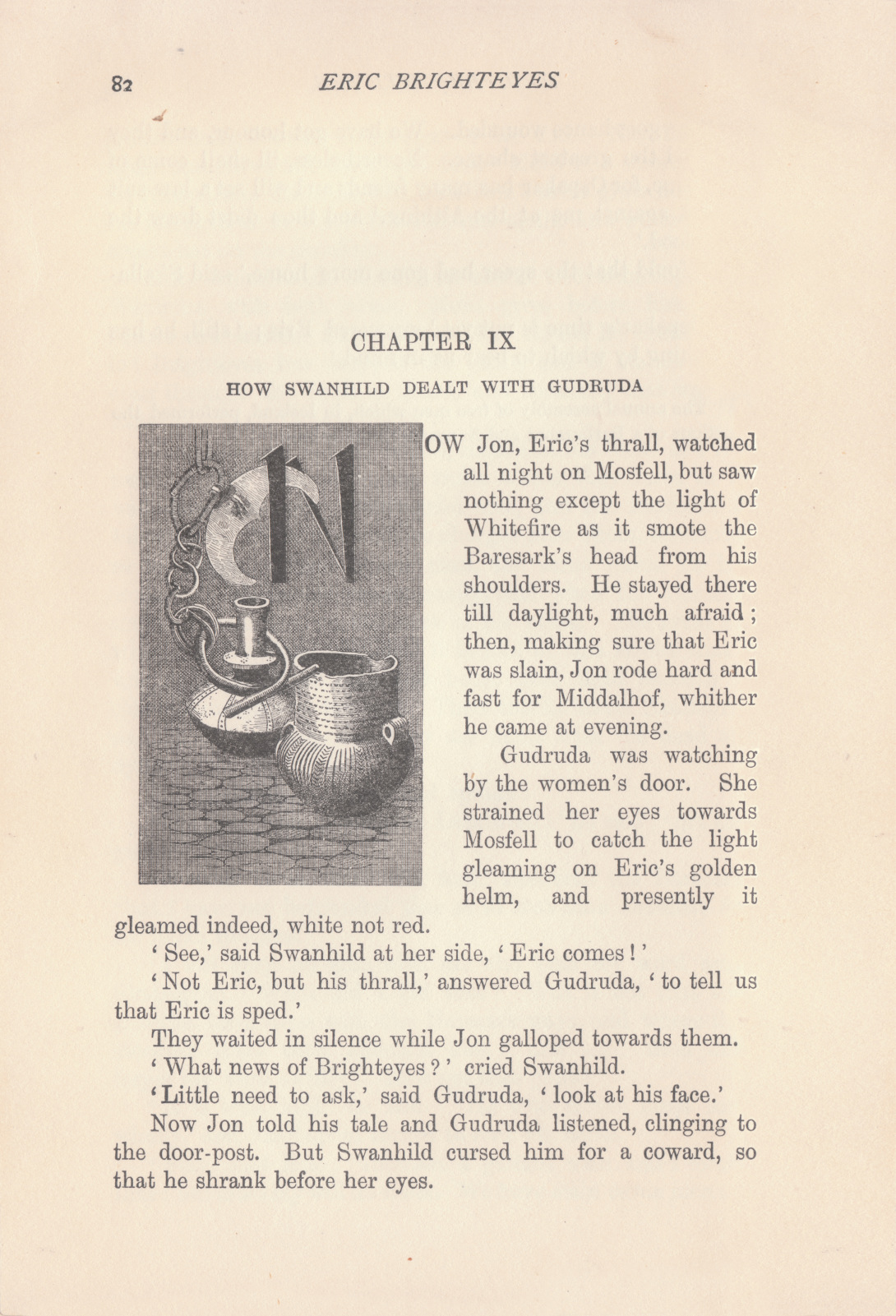 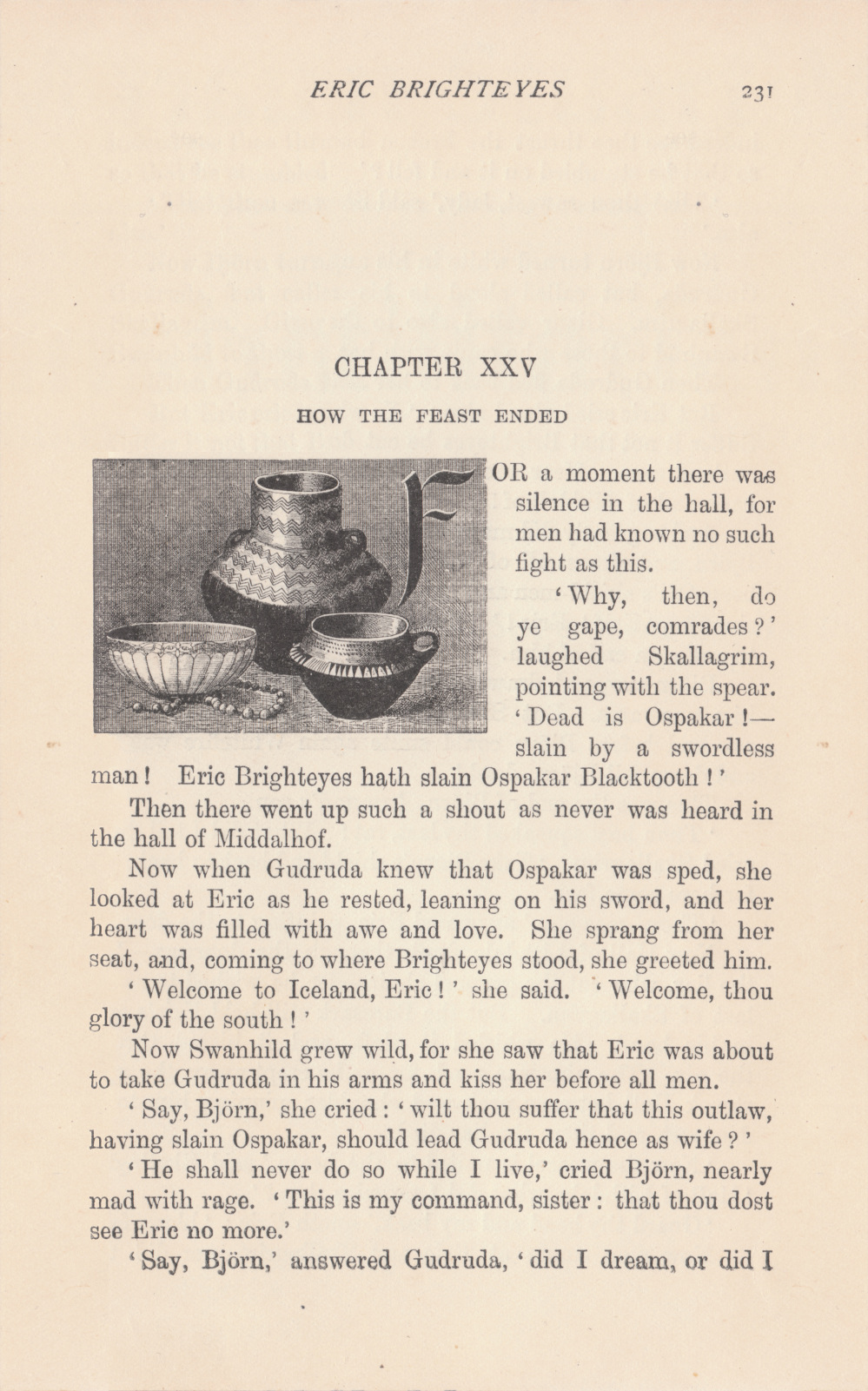 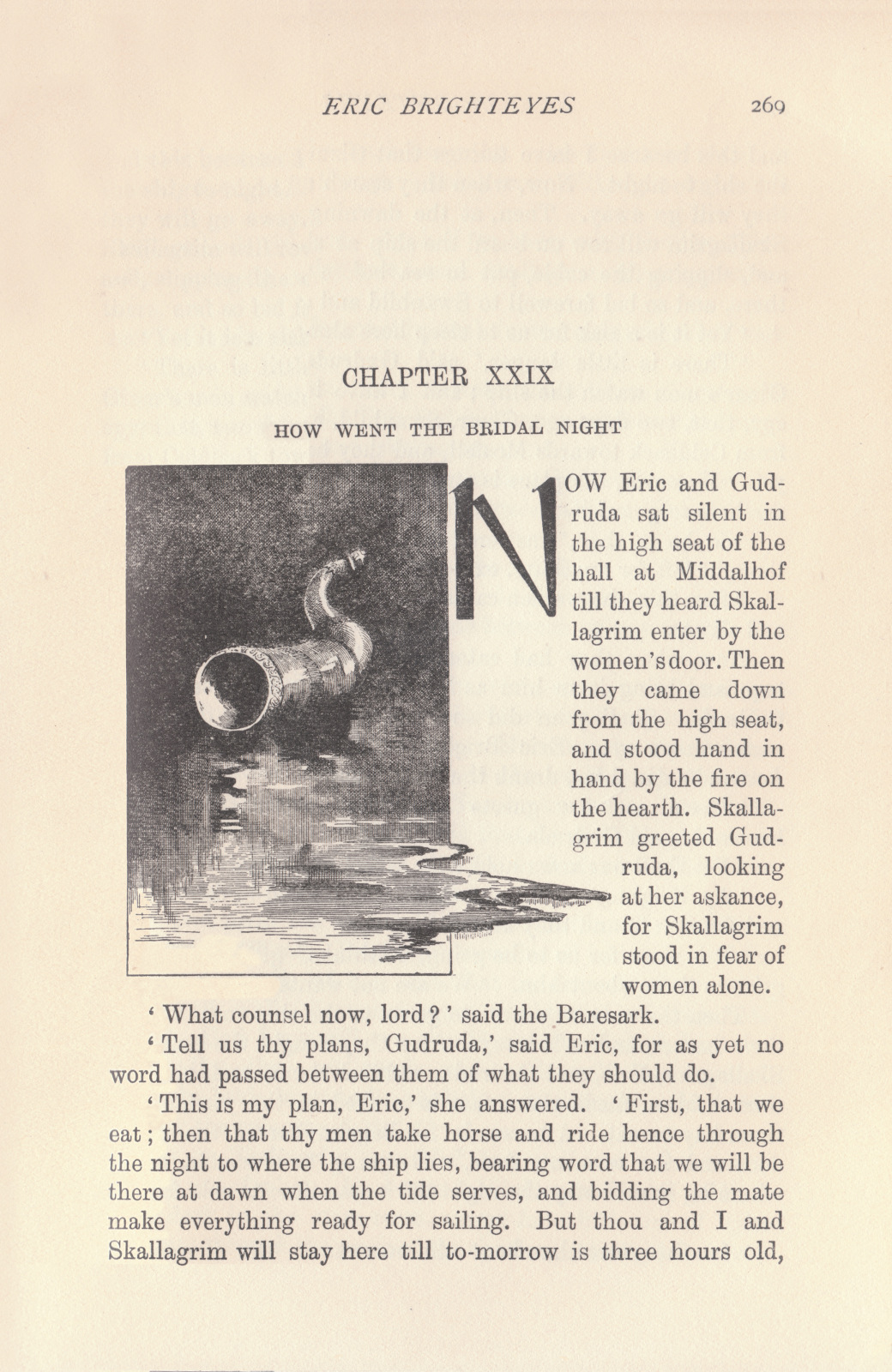 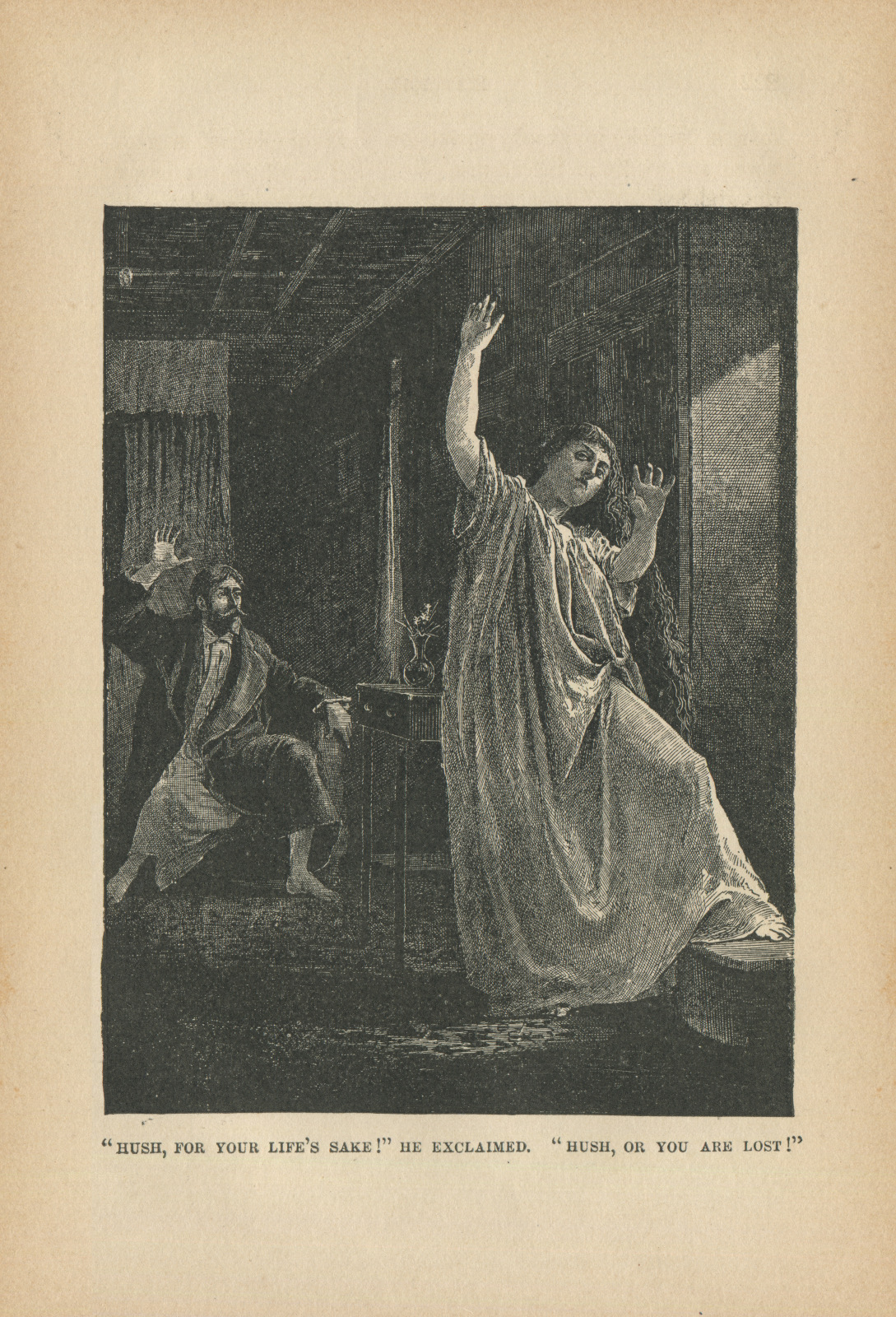 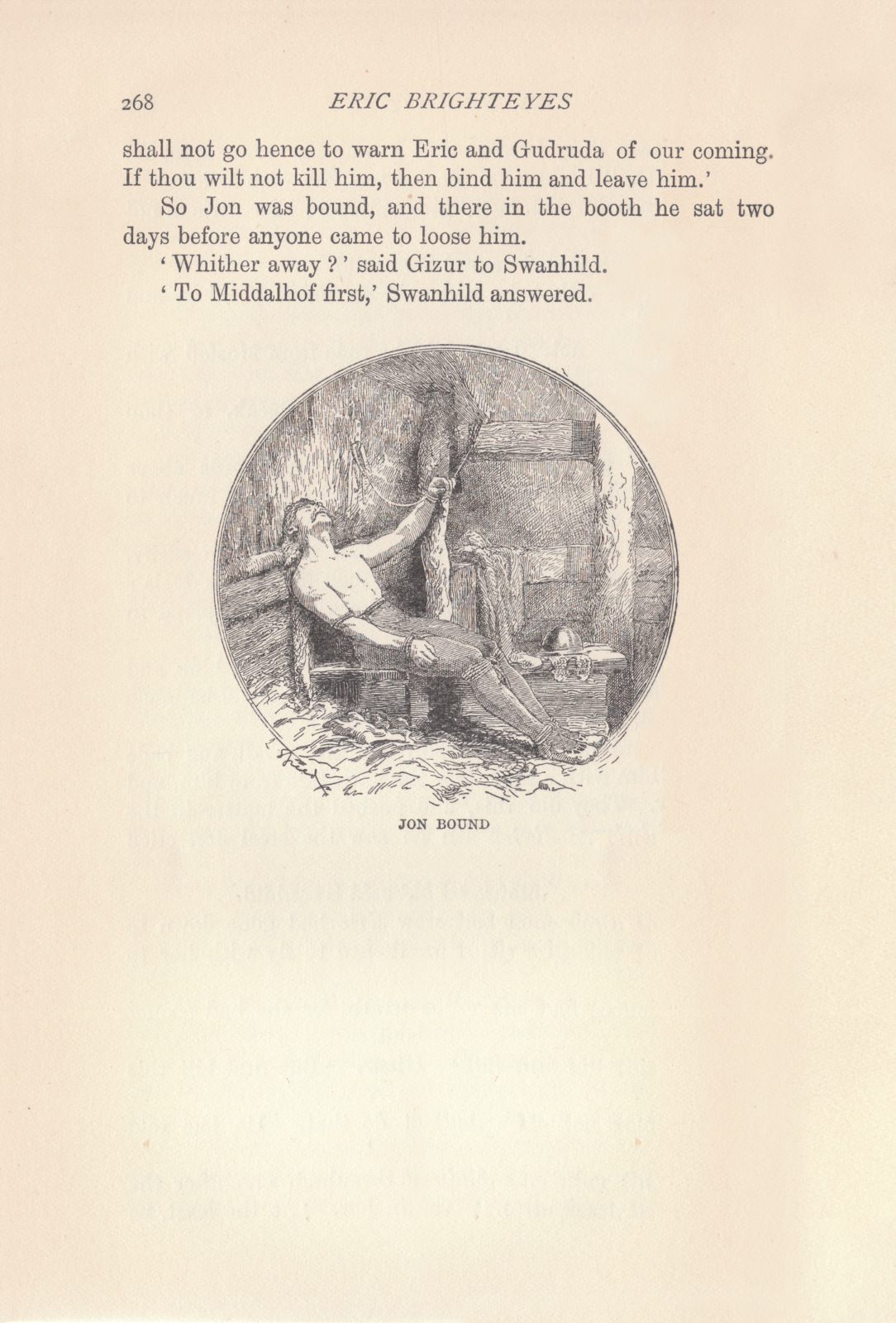 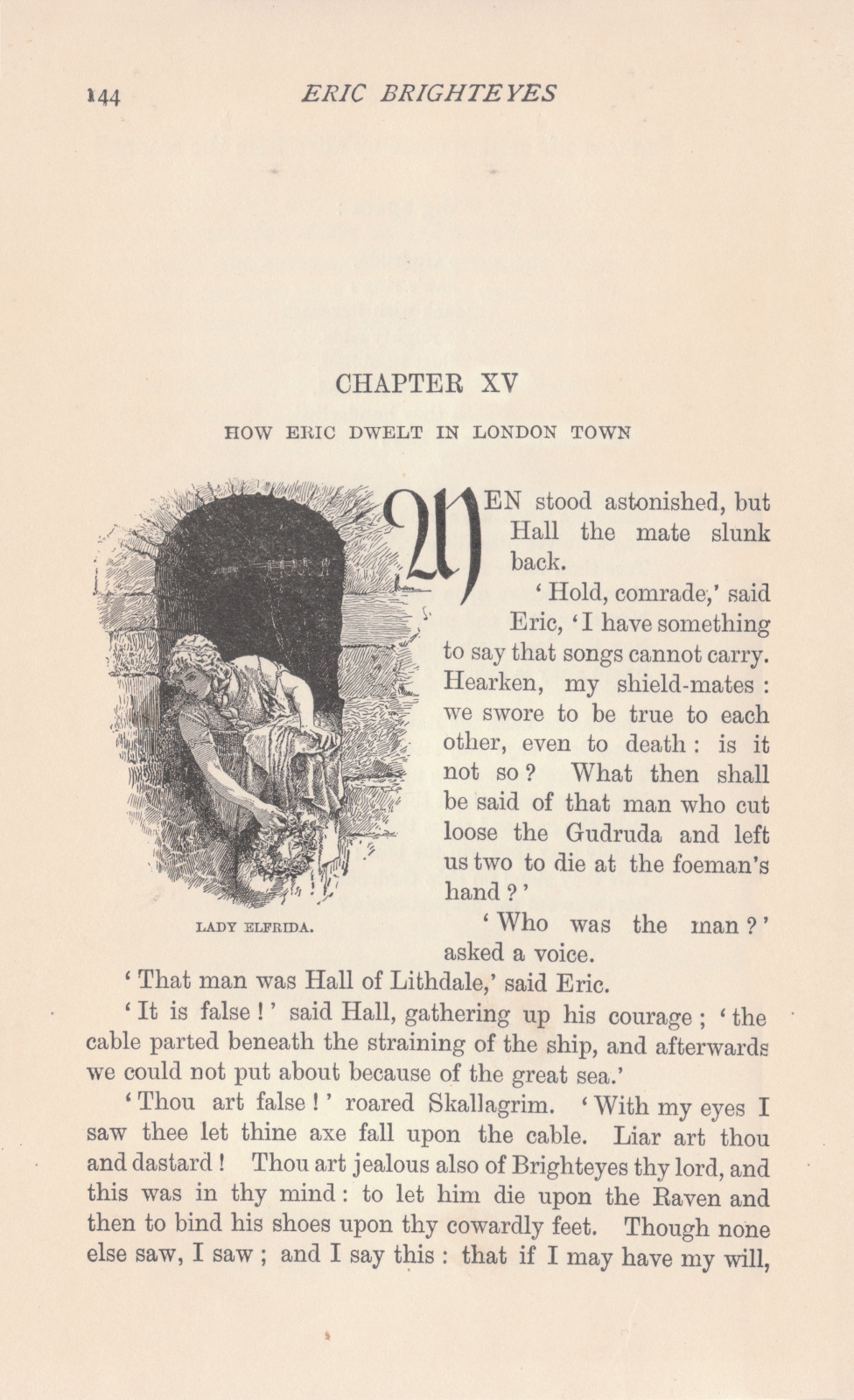 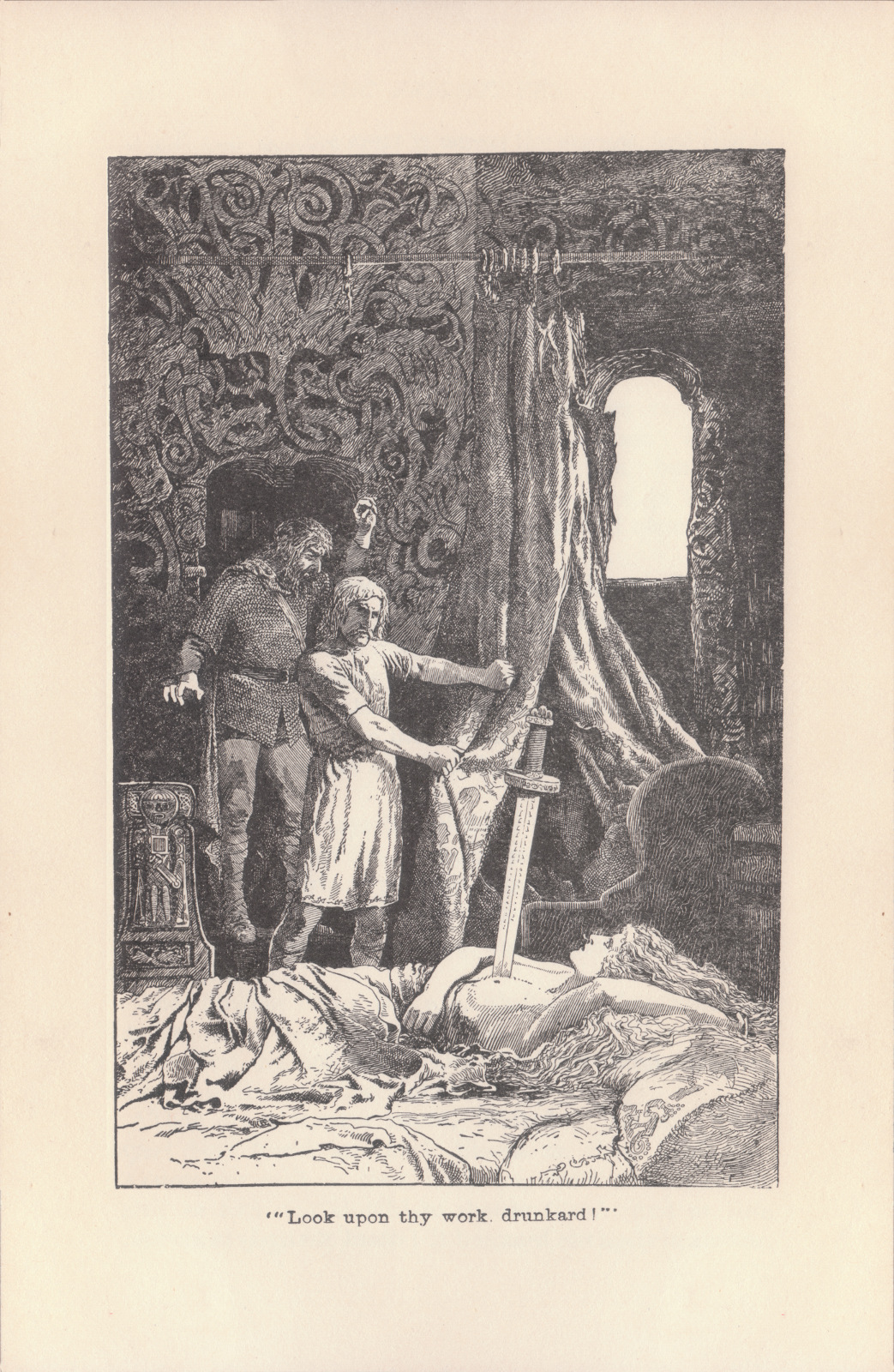