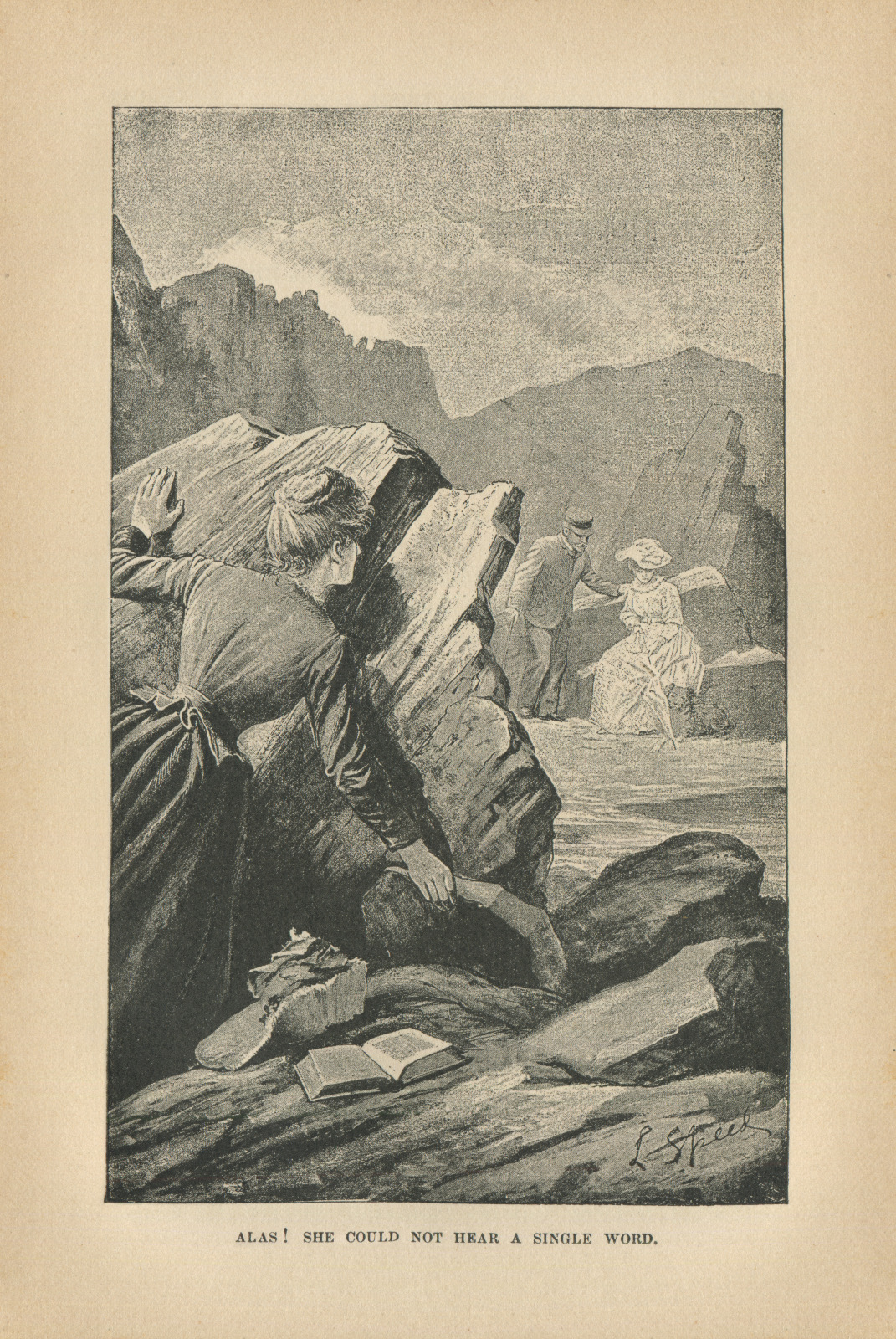 Alas! She could not hear a single word.. Beatrice. 1st US illustrated edition. 1890 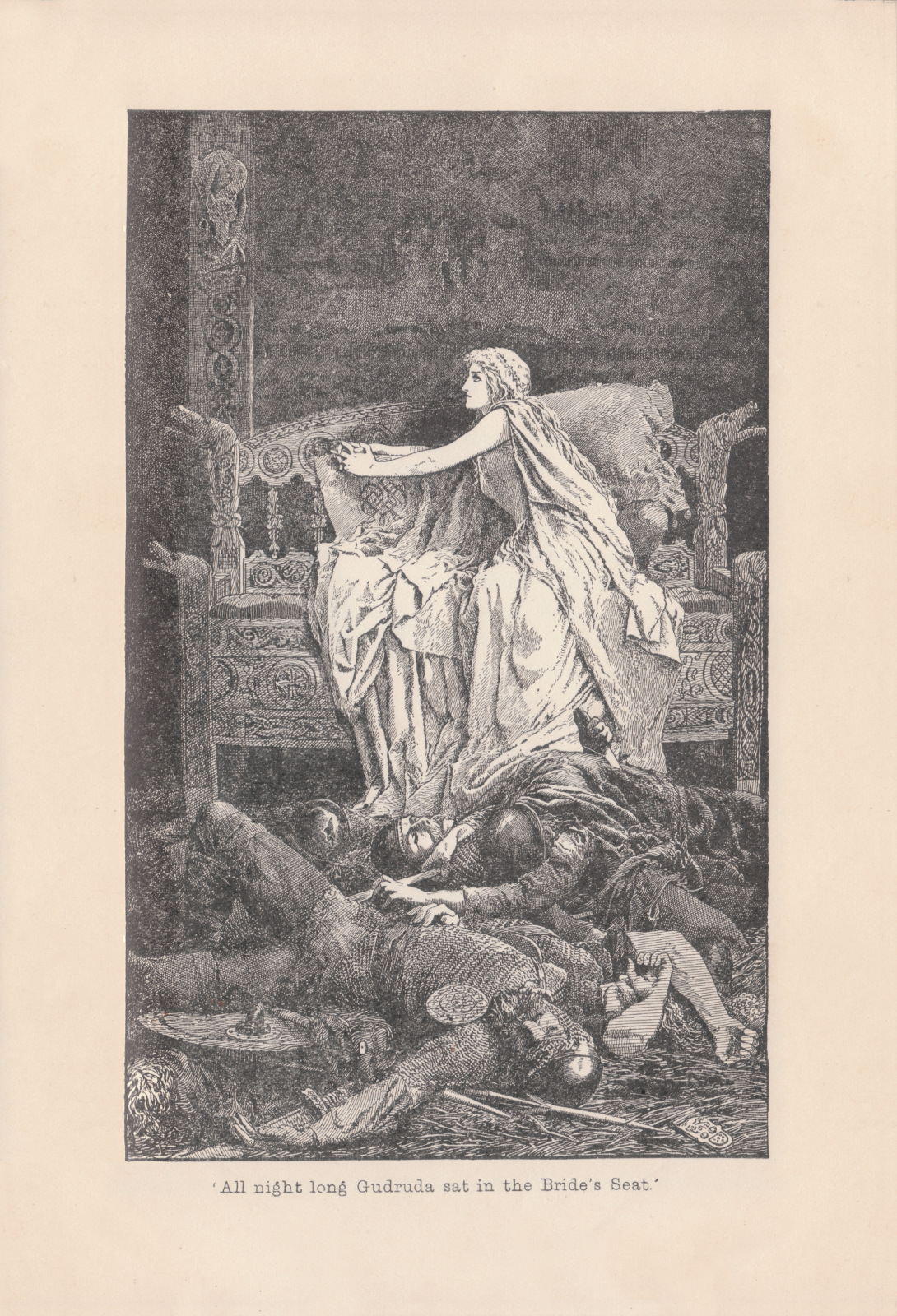 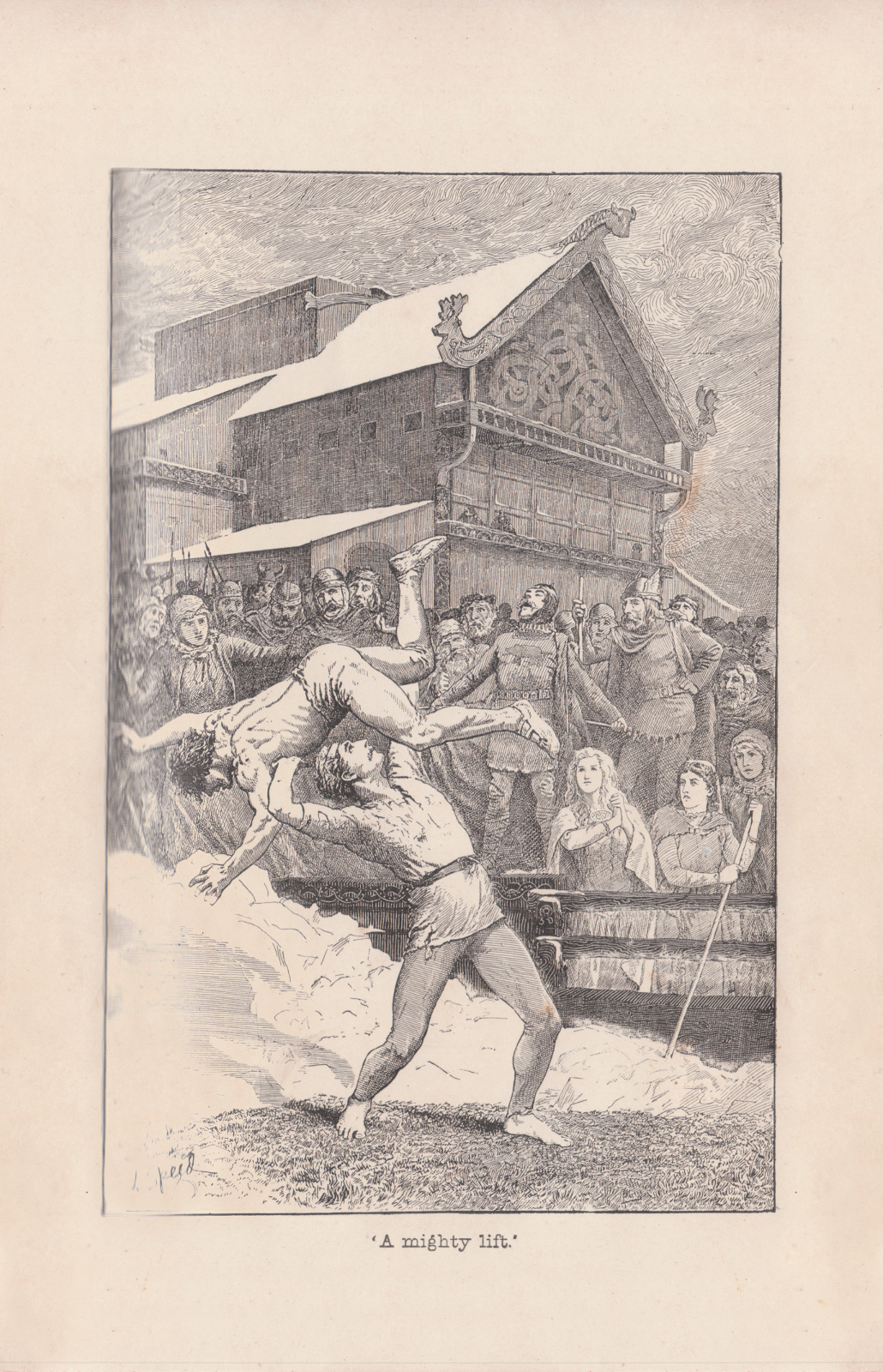 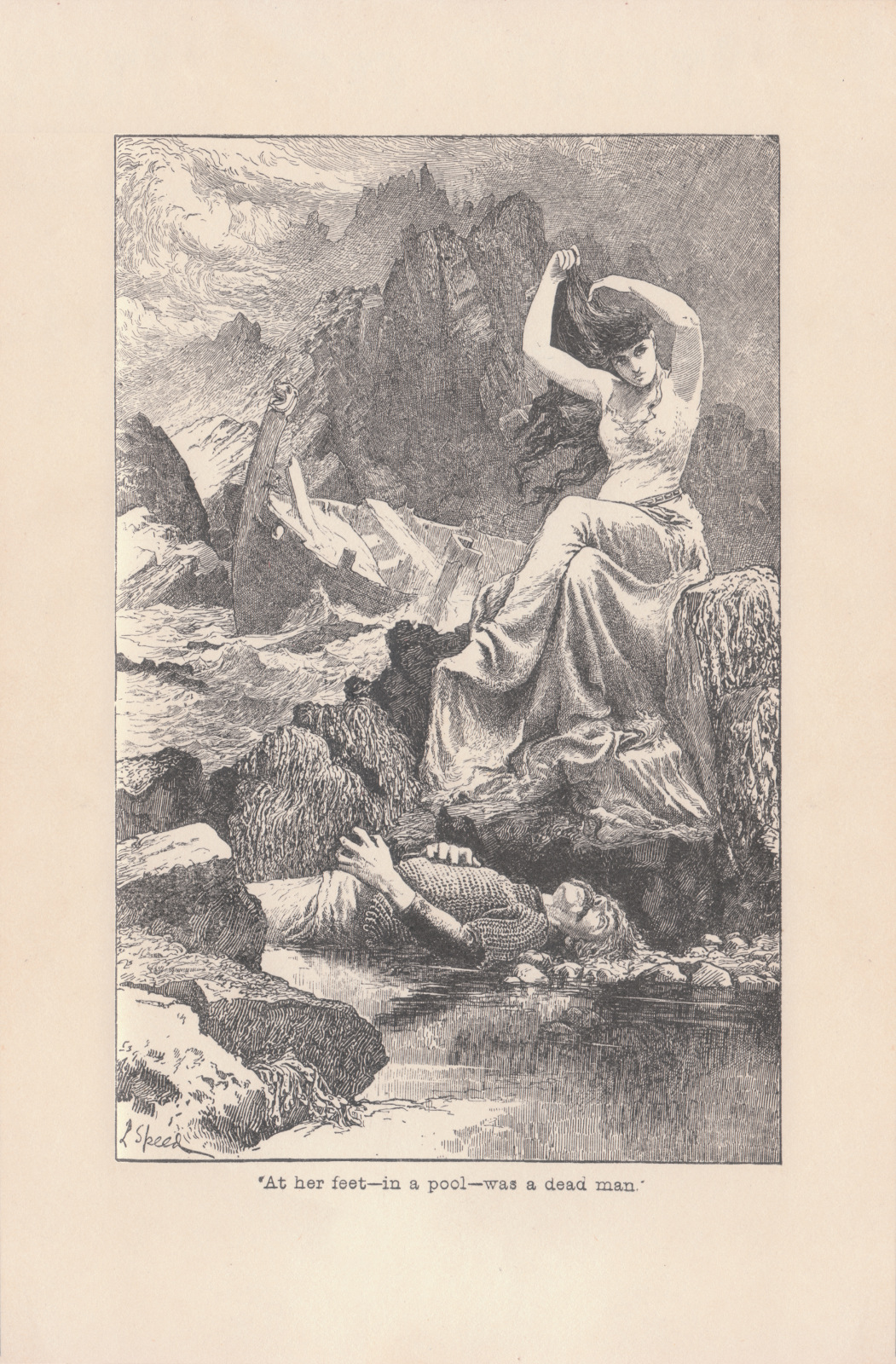 At her feet—in a pool—was a dead man. Eric Brighteyes. Seventh Impression. 1905 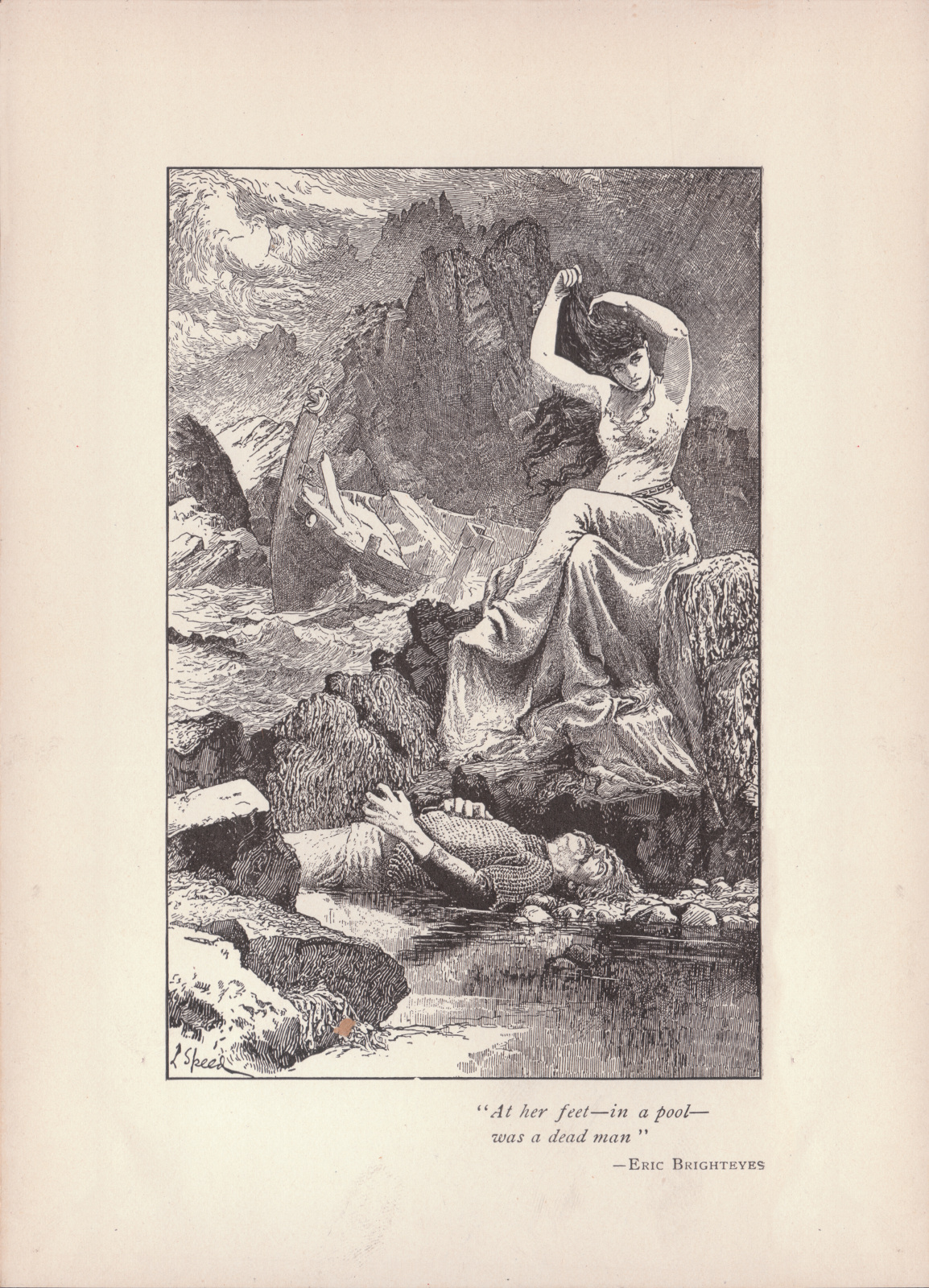 At her feet—in a pool—was a dead man. Eric Brighteyes. Authorized Edition. None 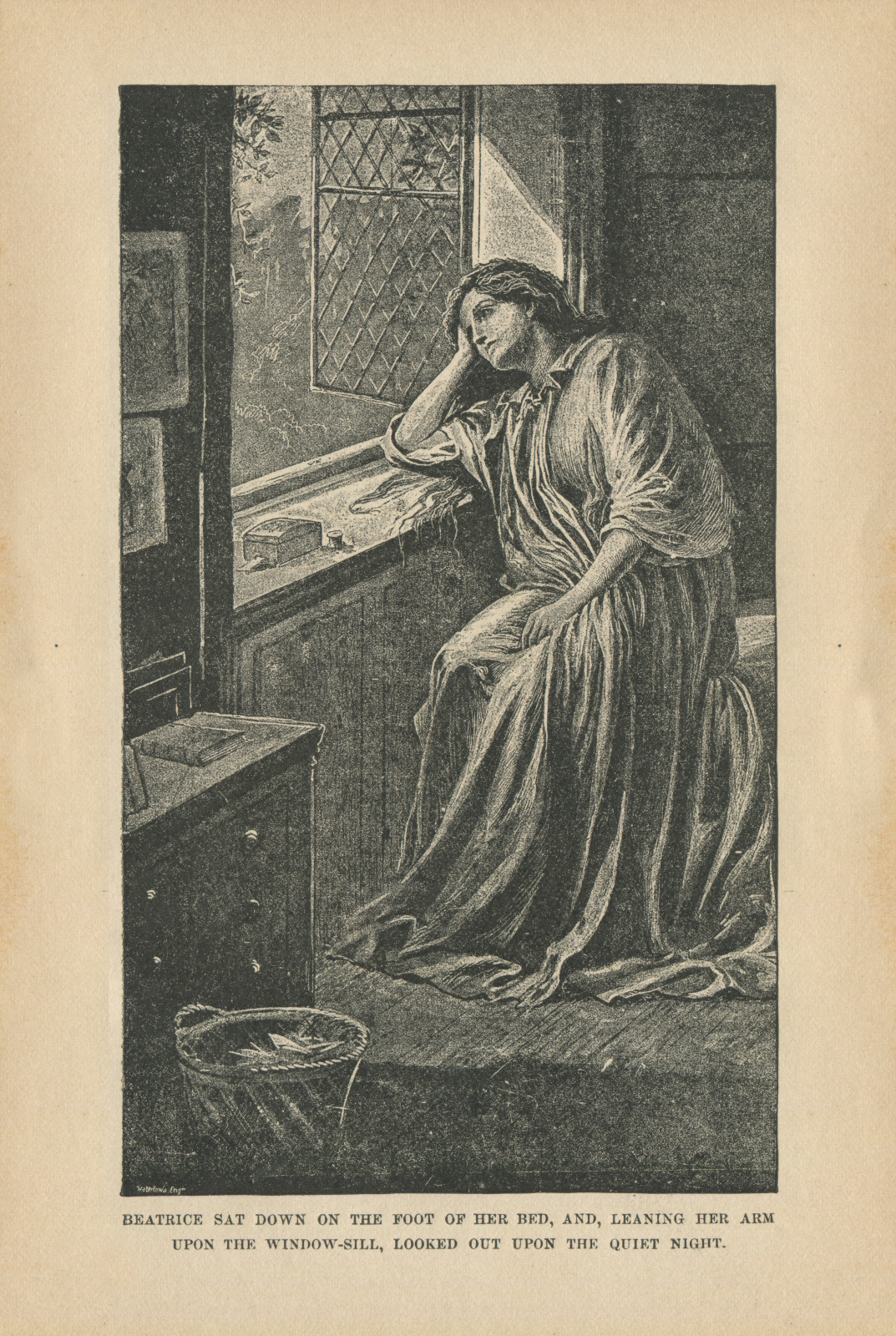 Beatrice sat down on the foot of her bed, and, leaning her arm upon the window-sill, looked out upon the quiet night.. Beatrice. 1st US illustrated edition. 1890 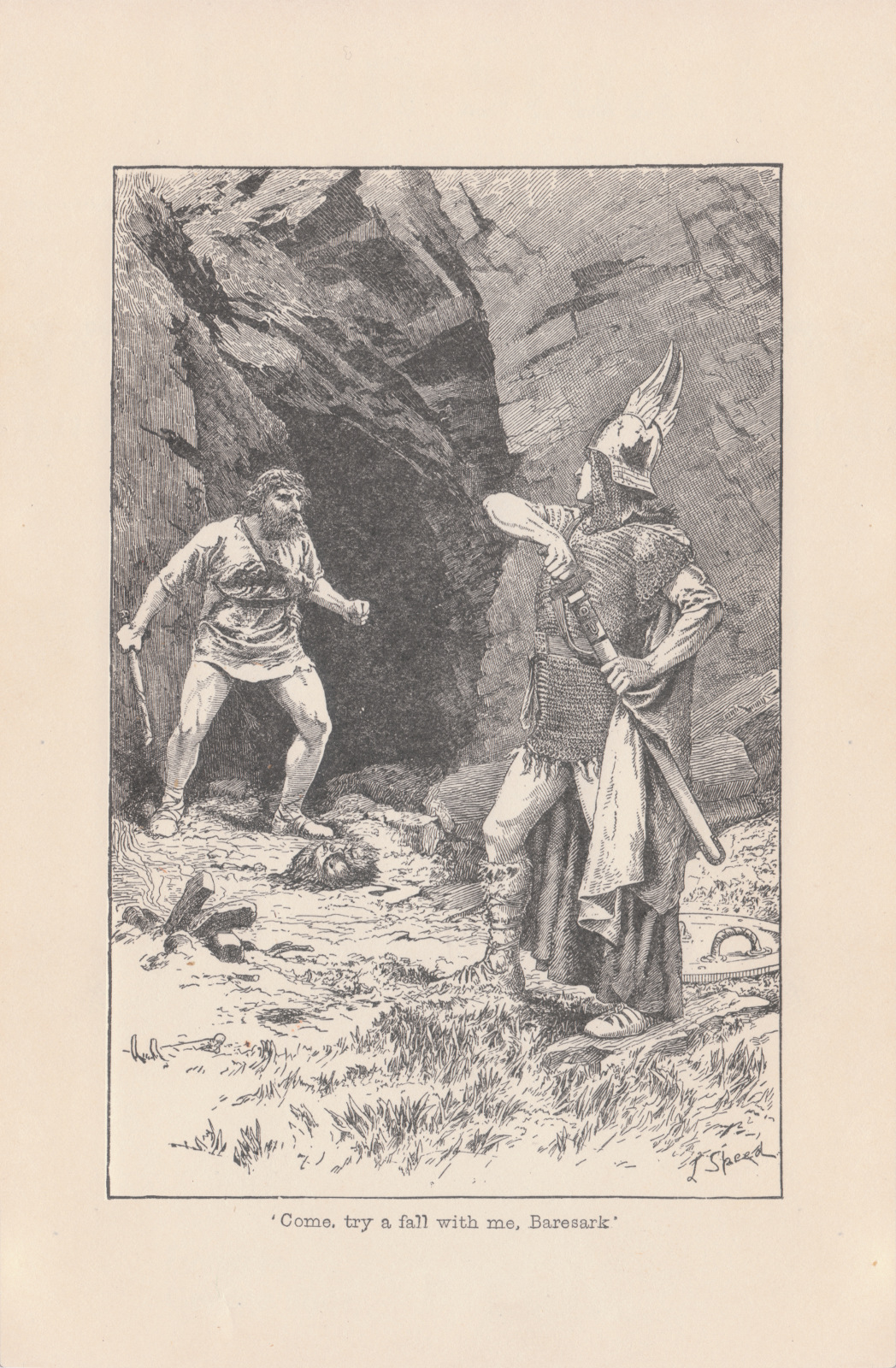 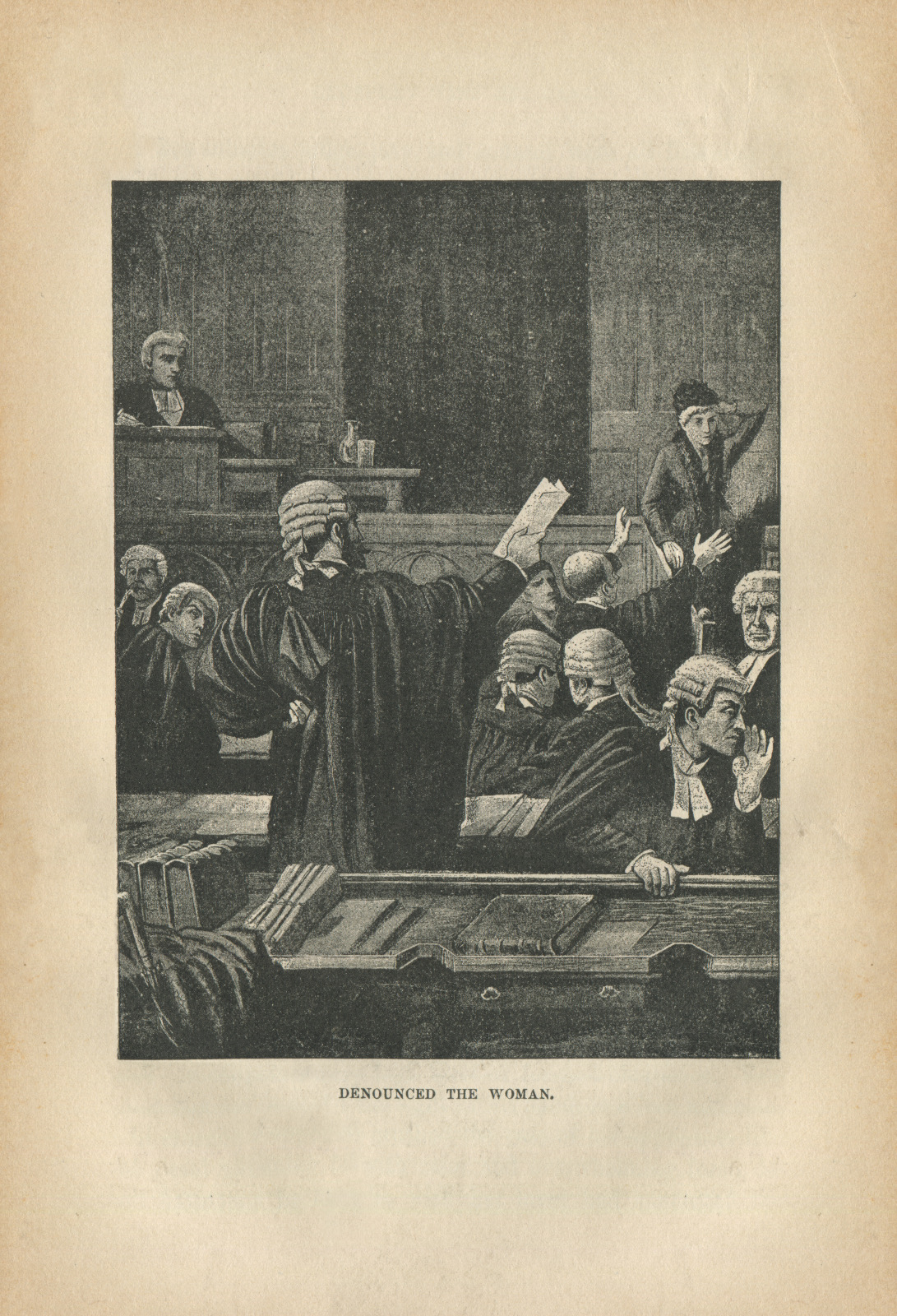 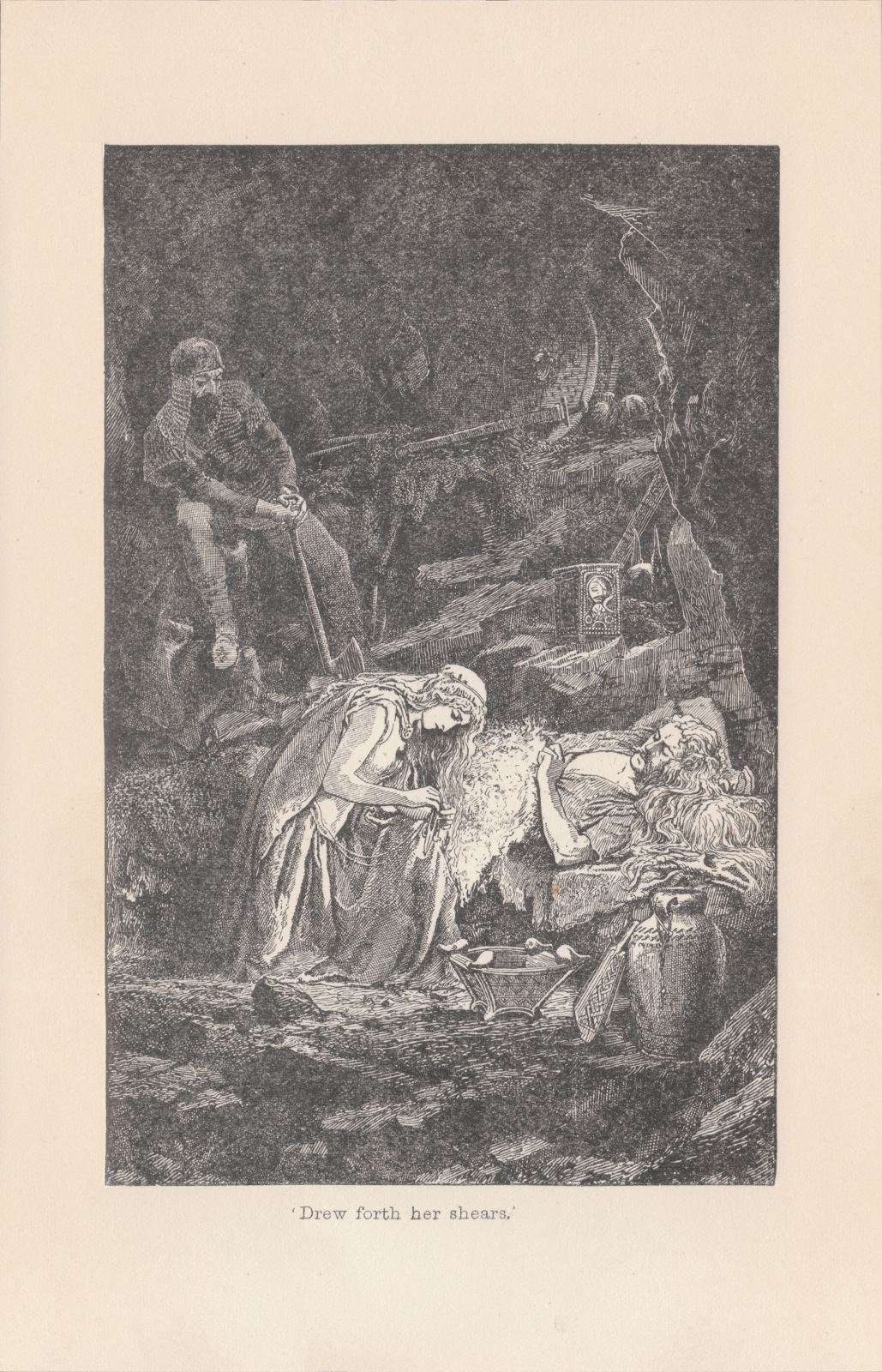 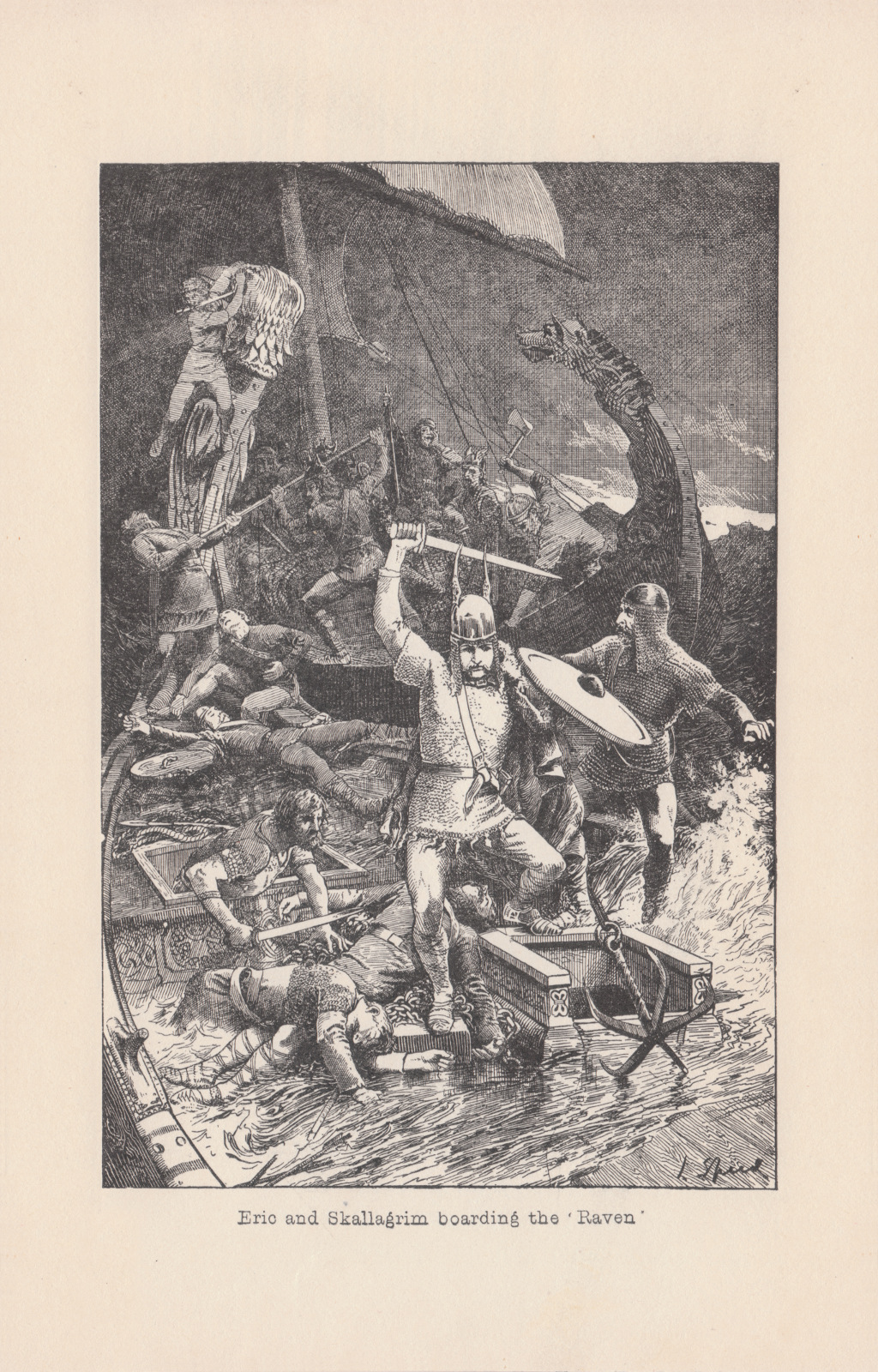 Eric and Swanhild saw her not. Eric Brighteyes. Seventh Impression. 1905 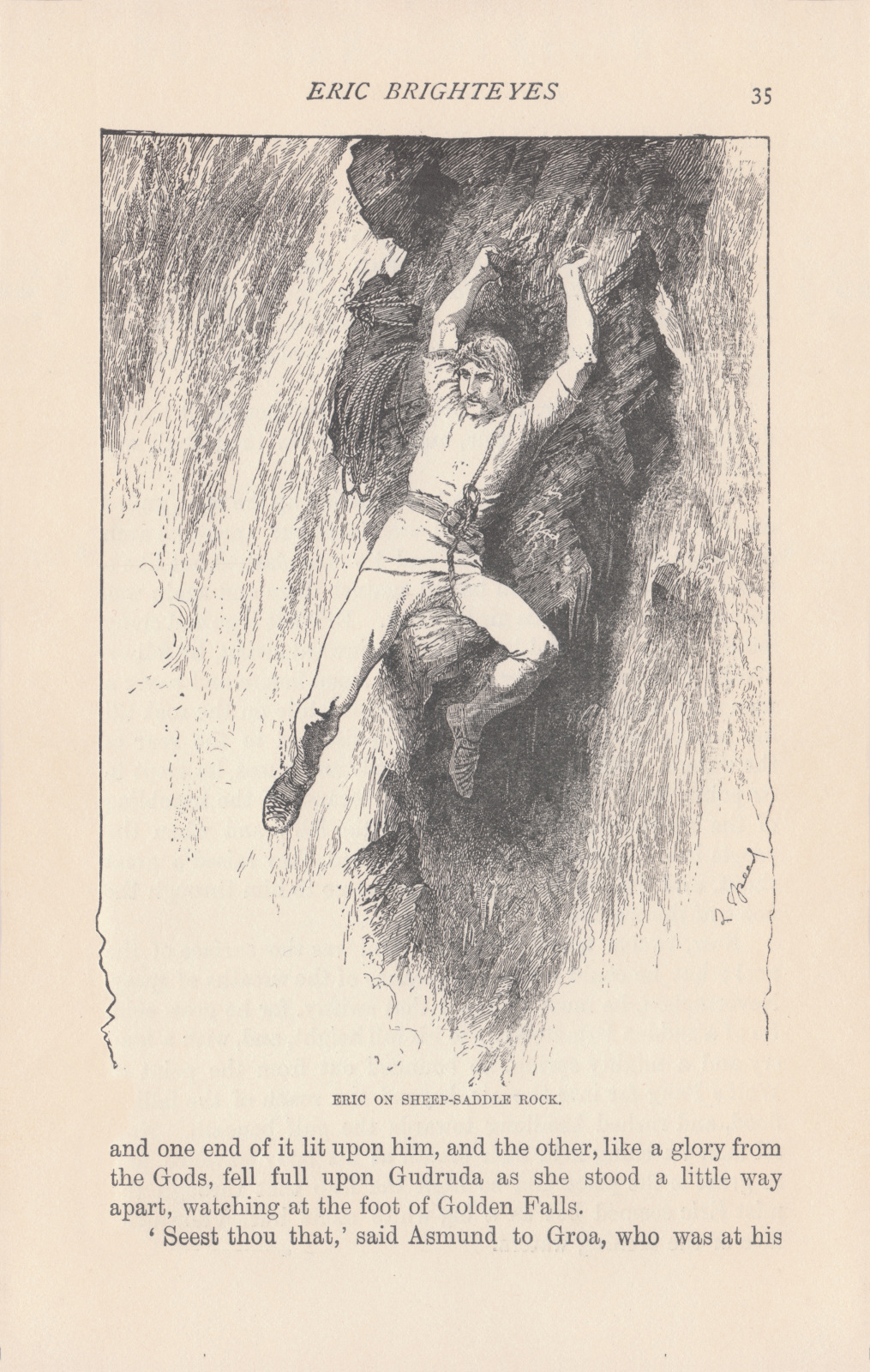