Henry “Harry” Matthew Brock (1875–1960), also known as H. M Brock, is an illustrator and watercolor painter. Brock was born in Cambridge, England on 11 July 1875. Harry and his brothers Charles Edmund Brock (1870–1938) and Richard Henry Brock (b. early 1870s) were prolific British illustrators. The Brocks exhibited at the Royal Academy and the Royal Institute of Painters in Water Colours. In 1906 Harry was elected to the Royal Institute. Harry established his reputation in 1895 by illustrating Captain Frederick Marryat’s swashbuckling adventure novels. In addition to book and periodical illustration Harry was involved in theater. He painted several commissions for D'Oyly Carte Opera Company as well as cigarette cards depicting Gilbert and Sullivan characters. Brock married Doris Joan Pegram and they had three children, Margaret, Joan, and Bevis. Brock died In Cambridge on 21 July 1960. 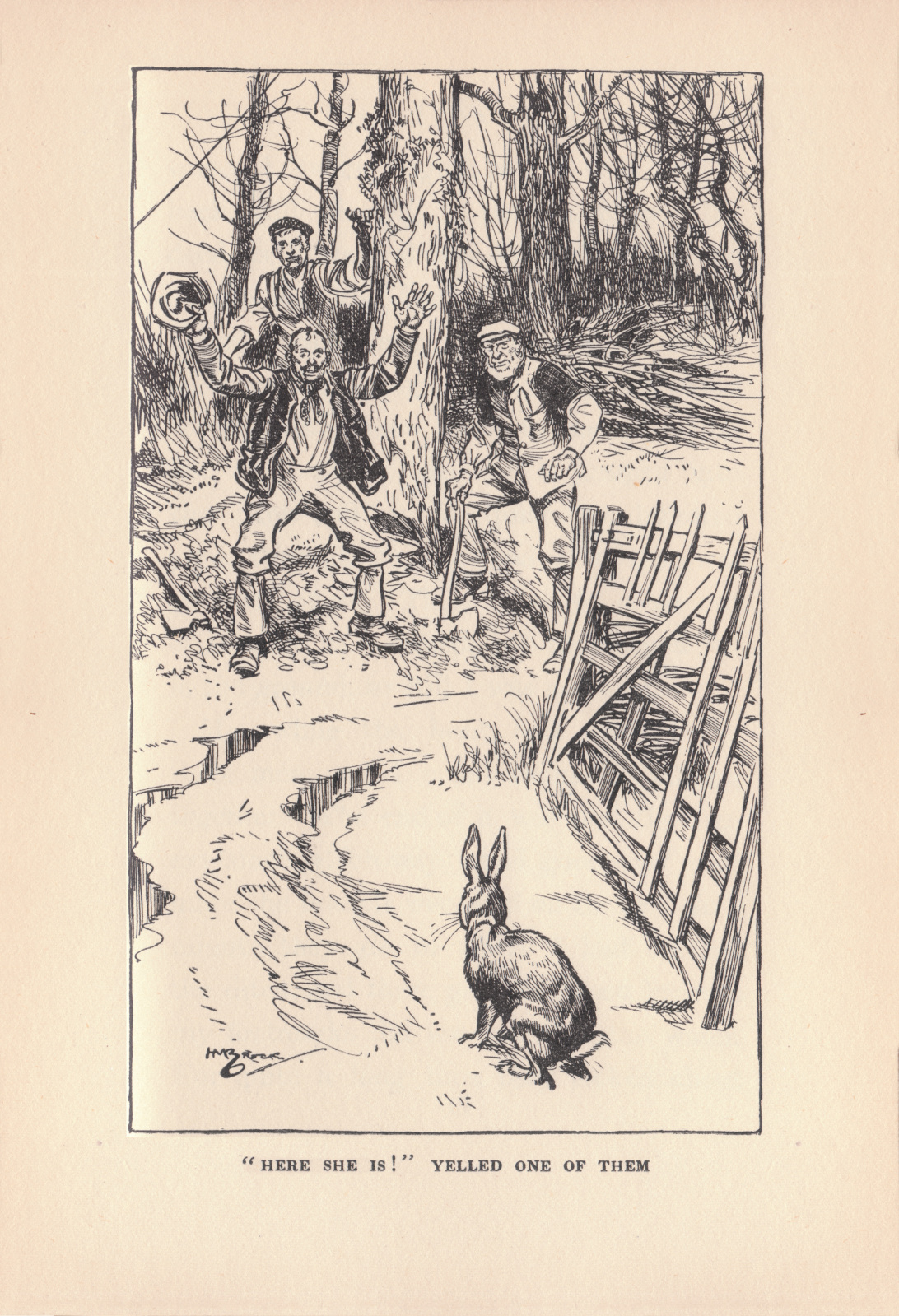 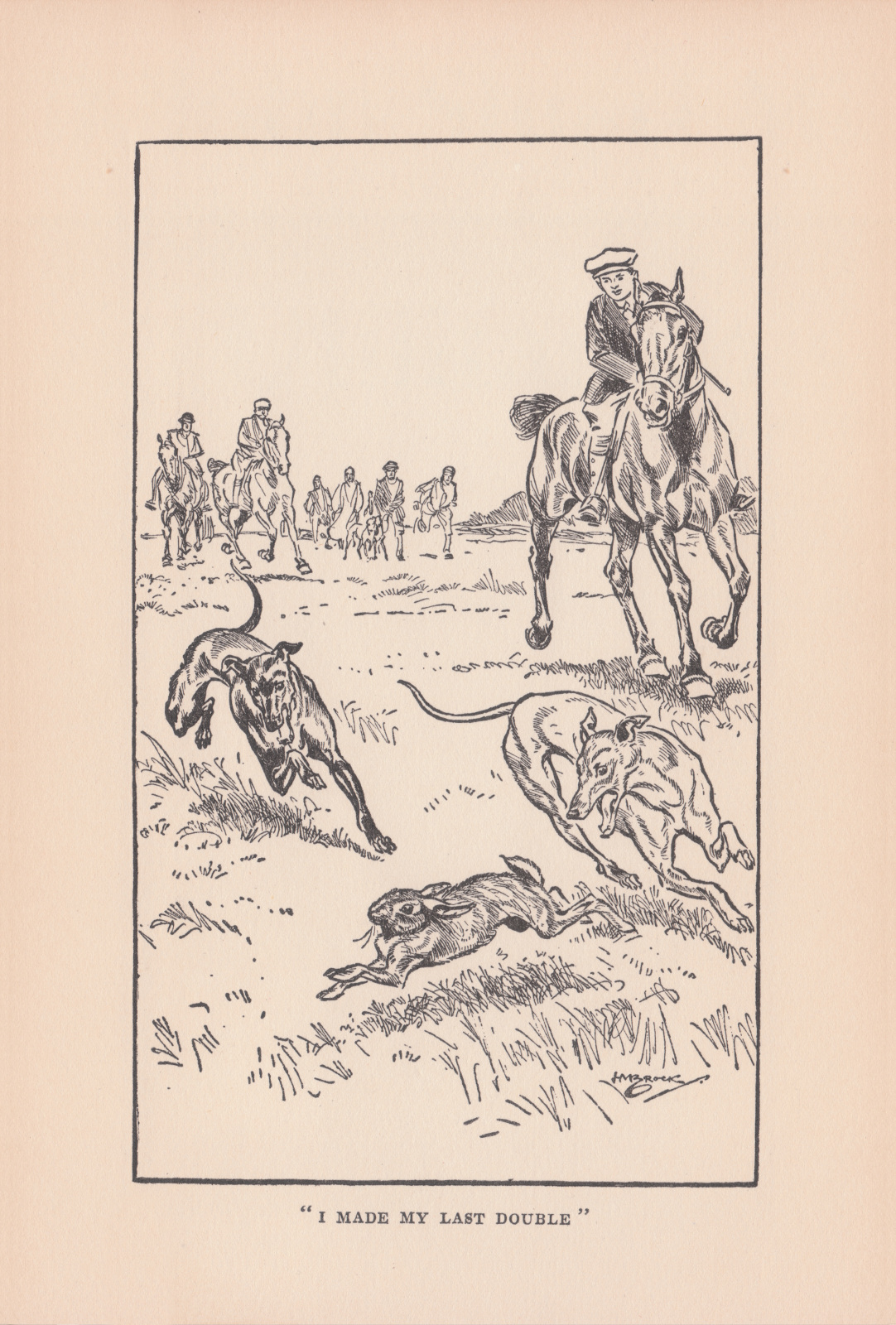 I made my last double. The Mahatma and the Hare, A Dream Story. 1st Edition. 1911 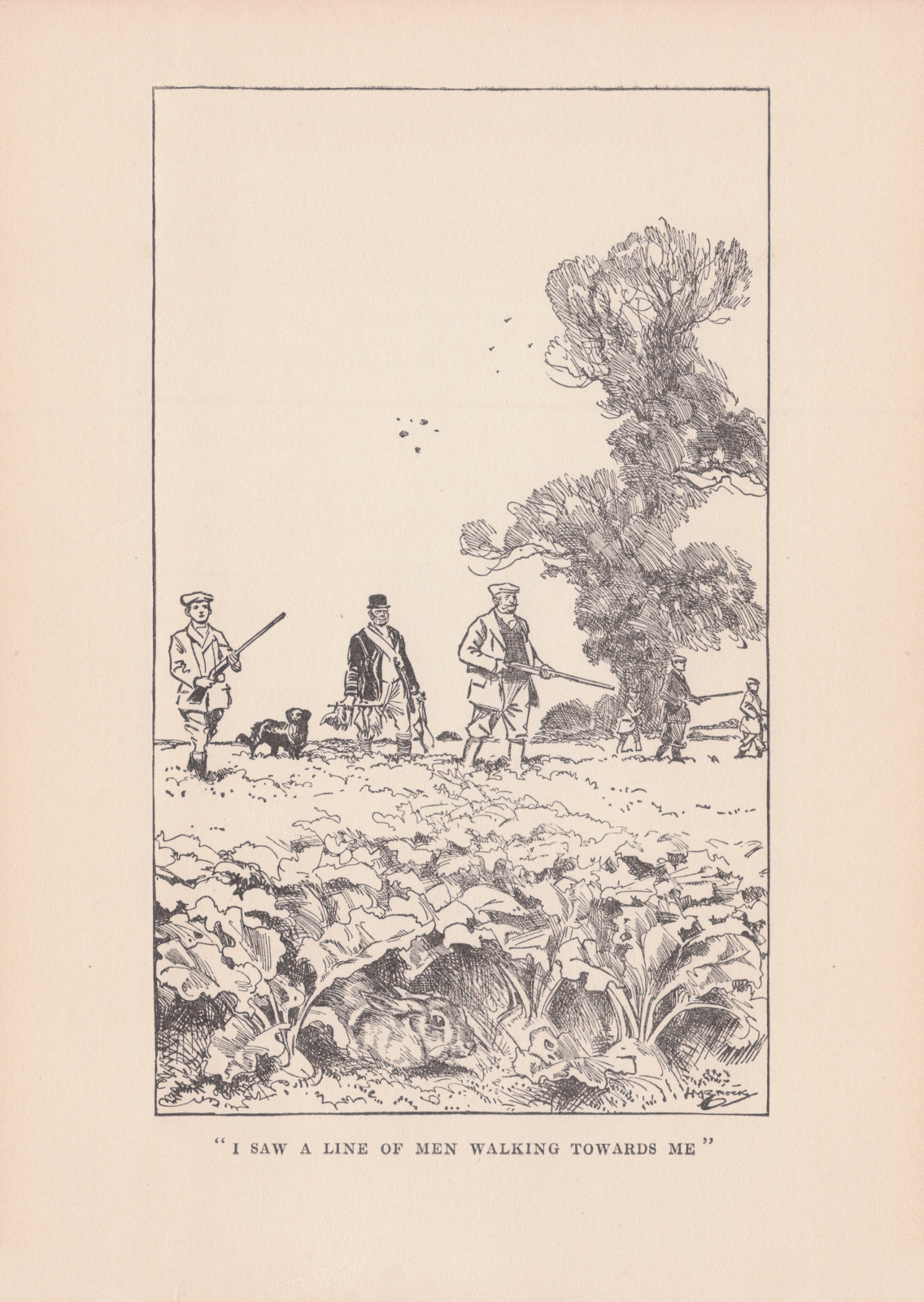 I saw a line of men walking towards me. The Mahatma and the Hare, A Dream Story. 1st Edition. 1911 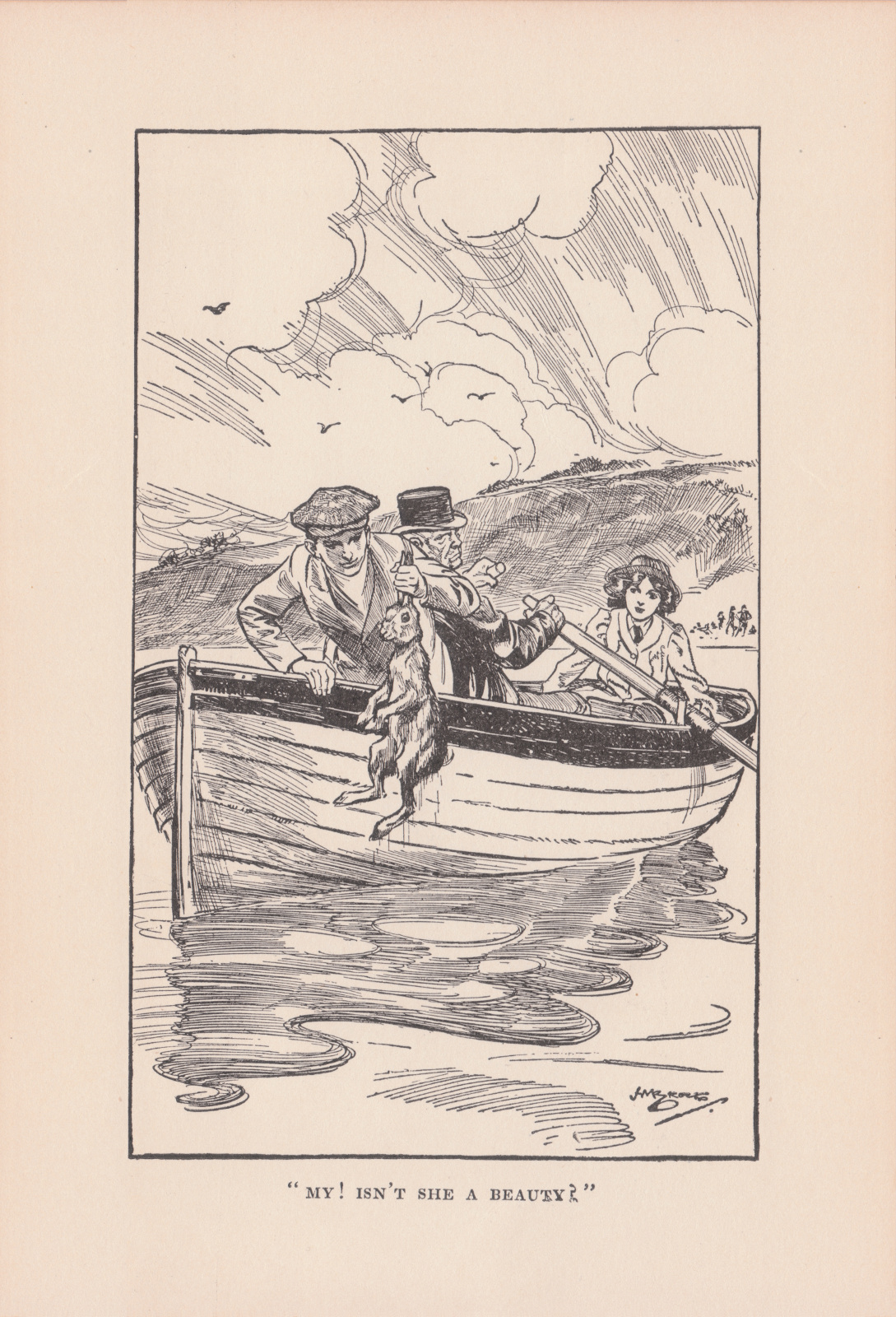 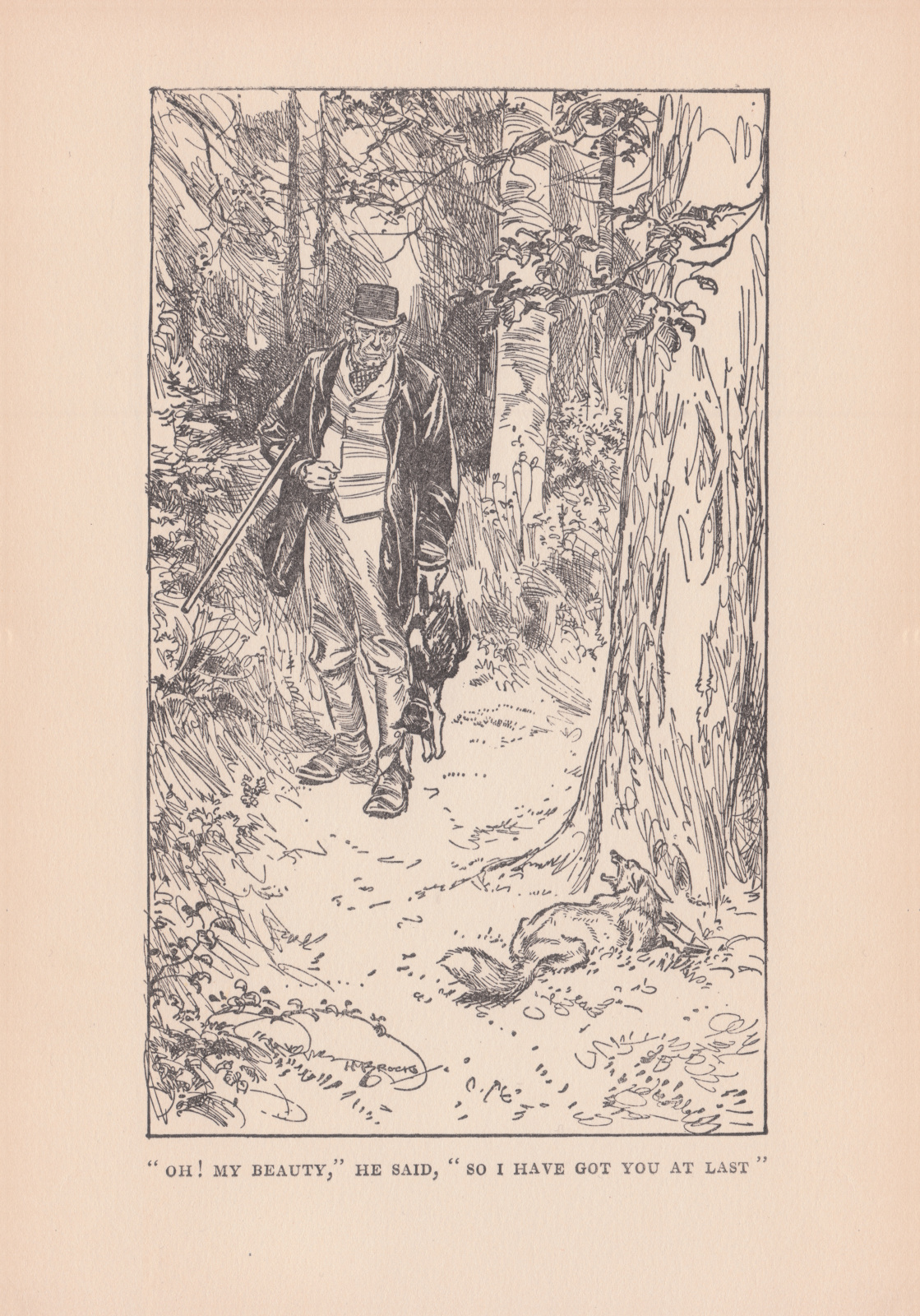 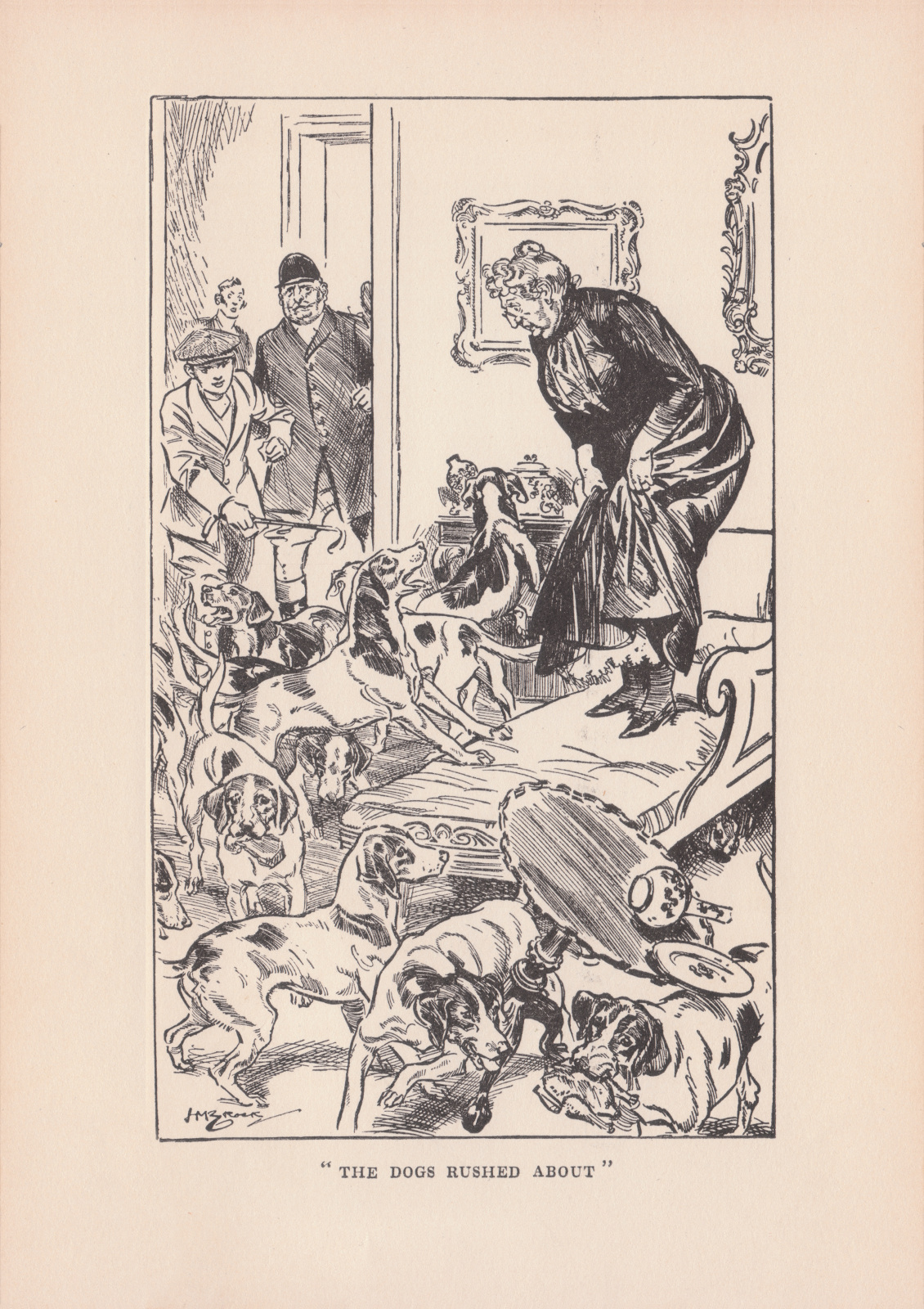 The dogs rushed about. The Mahatma and the Hare, A Dream Story. 1st Edition. 1911