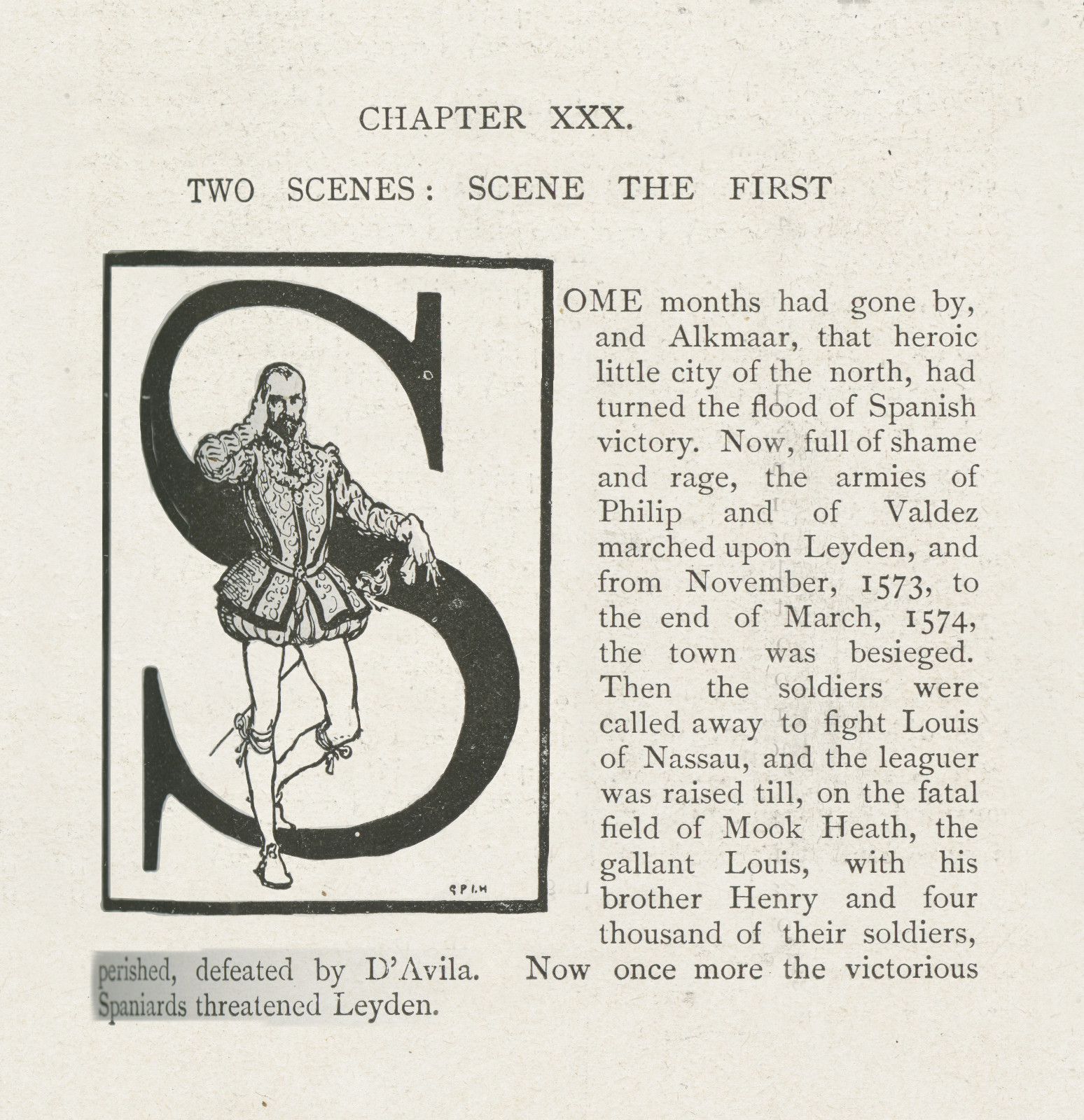 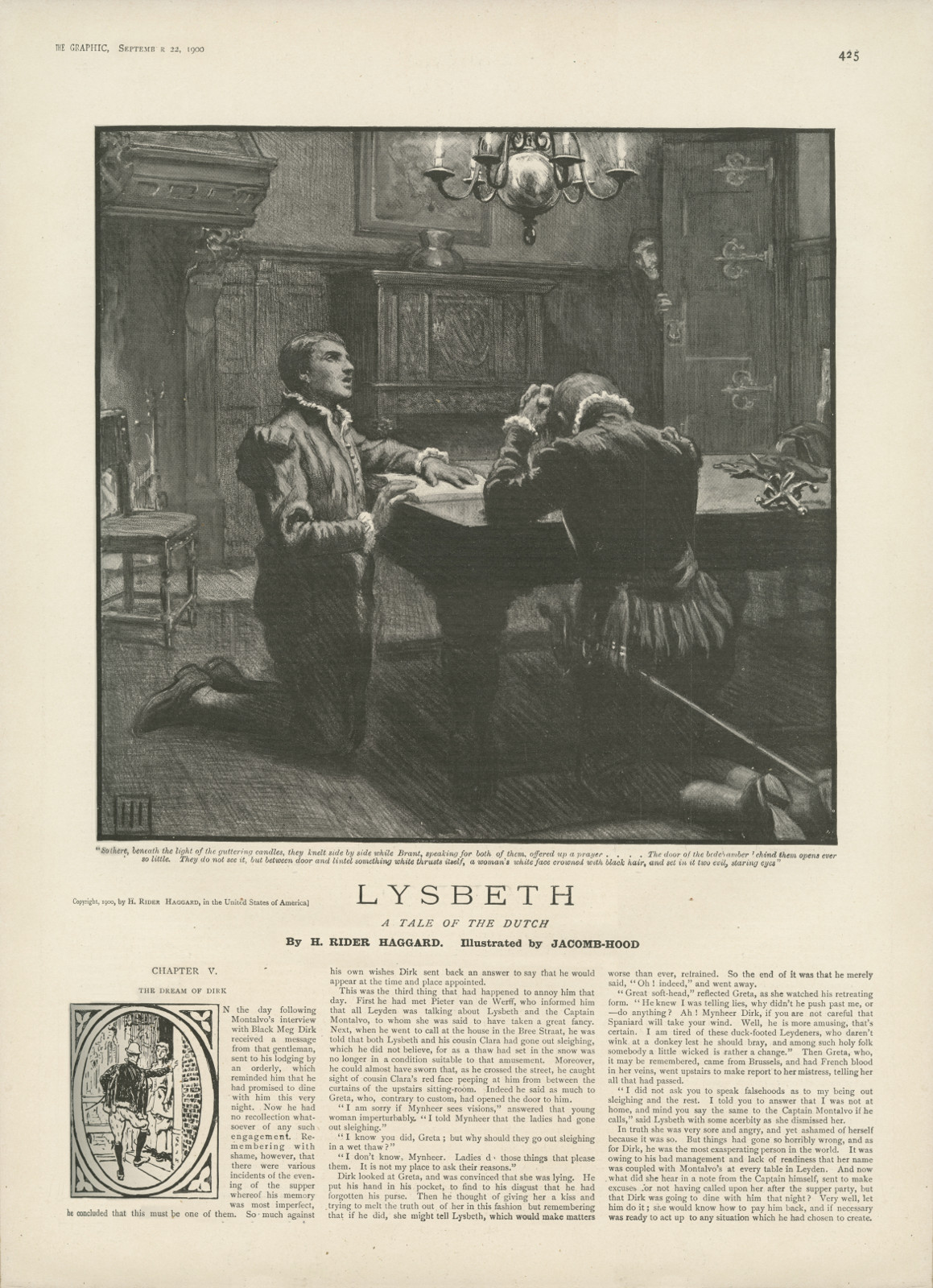 So there, beneath the light of the guttering candles, they knelt side by side while Brant, speaking for both of them, offered up a prayer. Lysbeth, A Tale of the Dutch. The Graphic, vol. 62, no. 1608. 22 September 1900 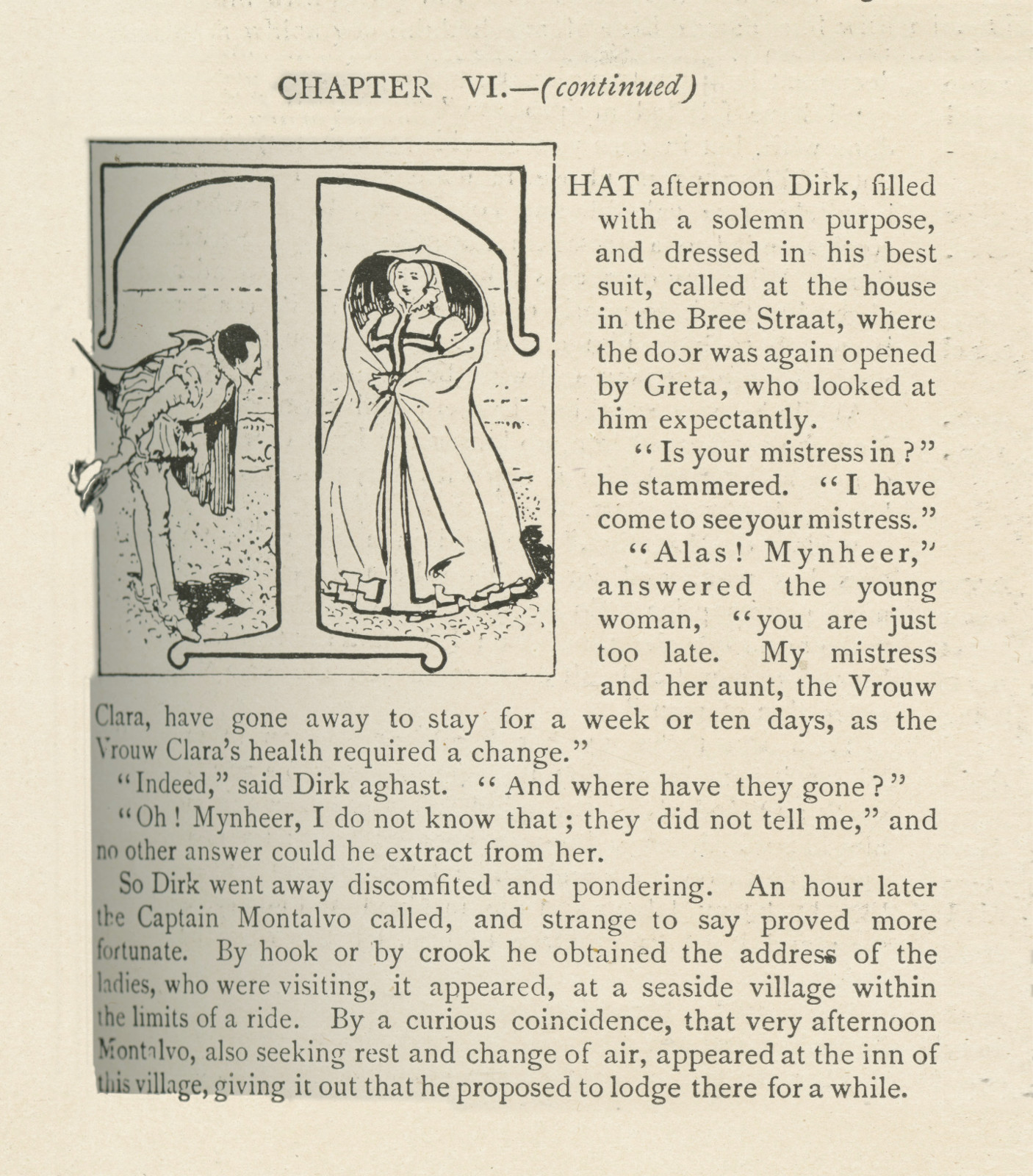 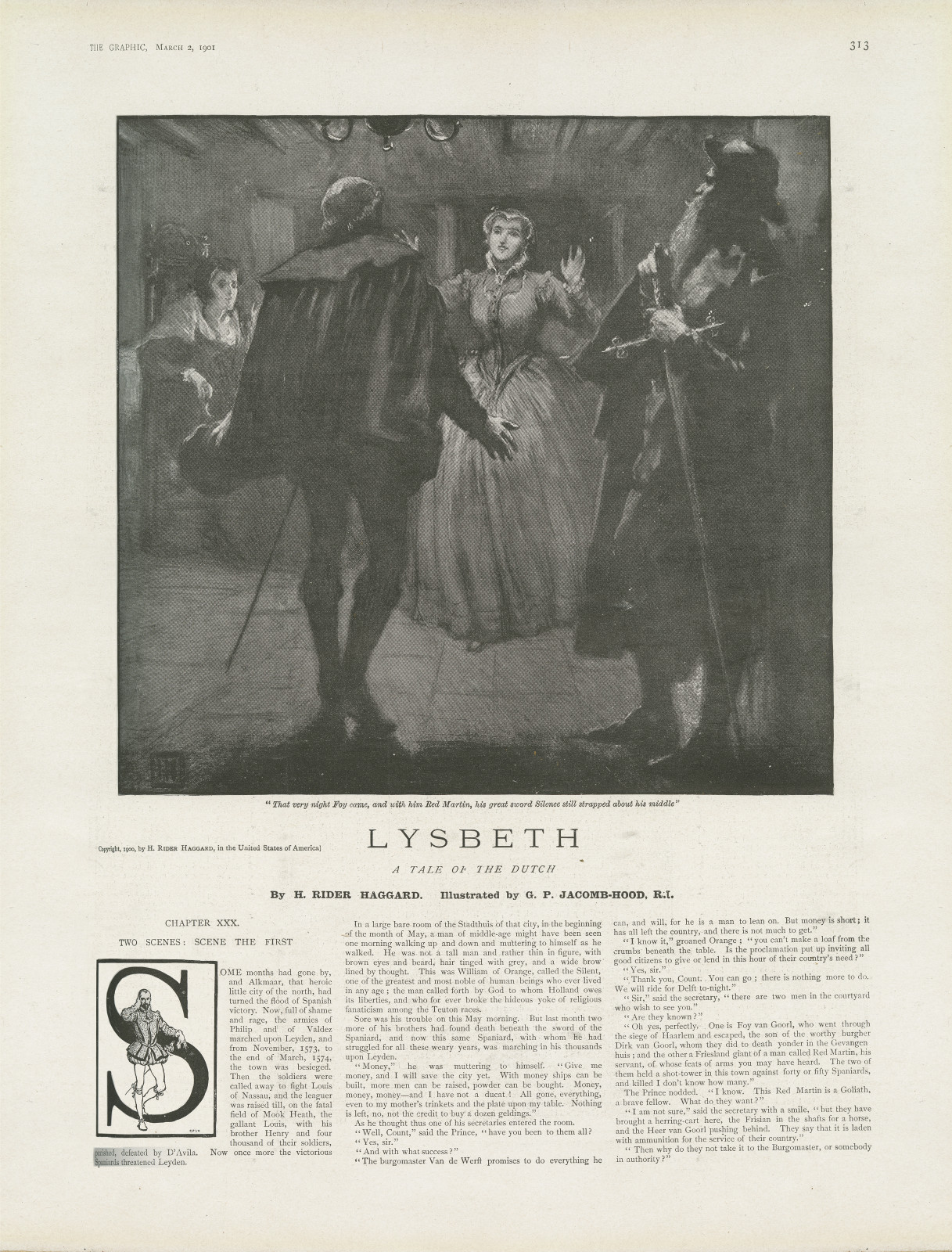 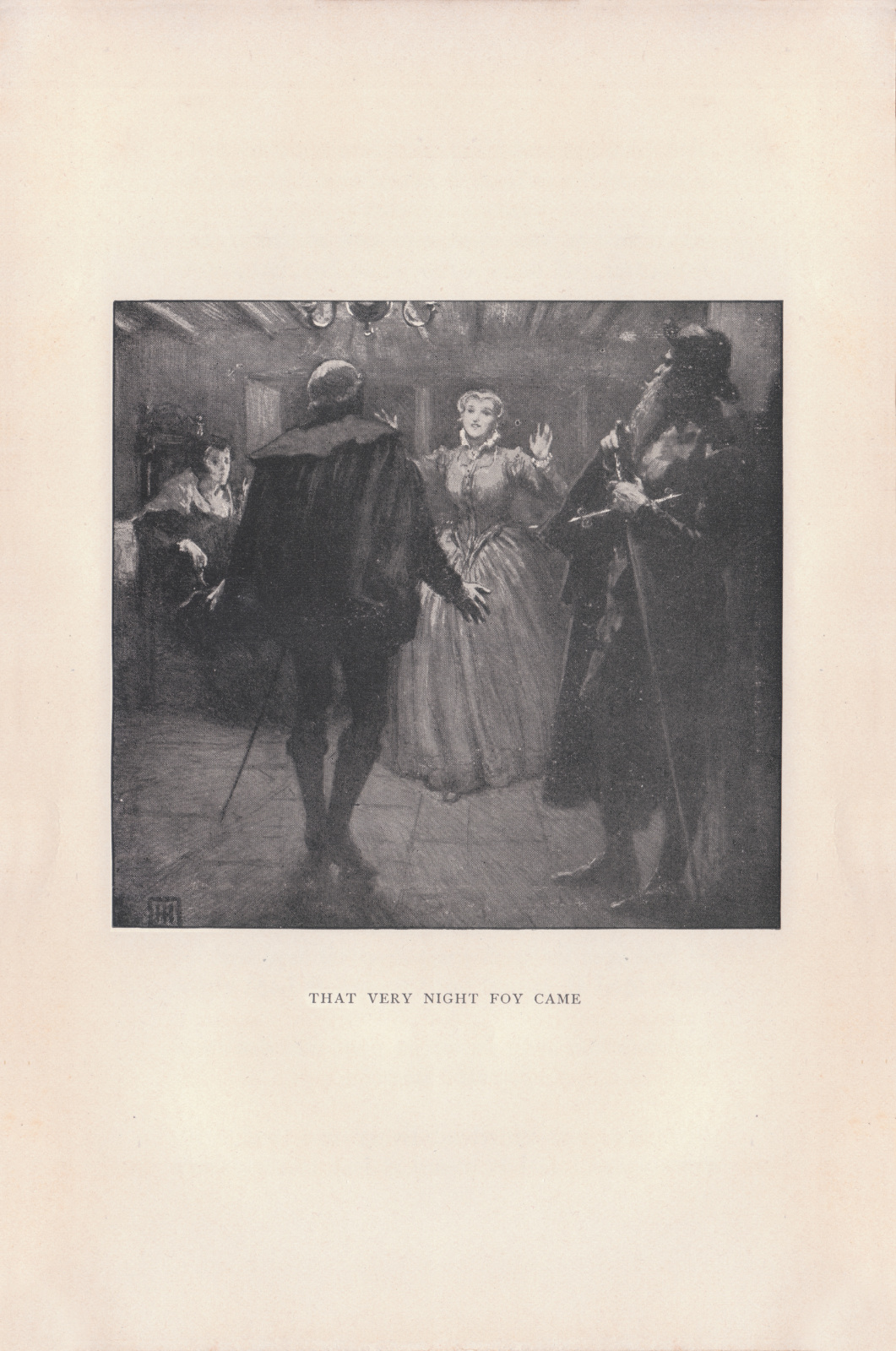 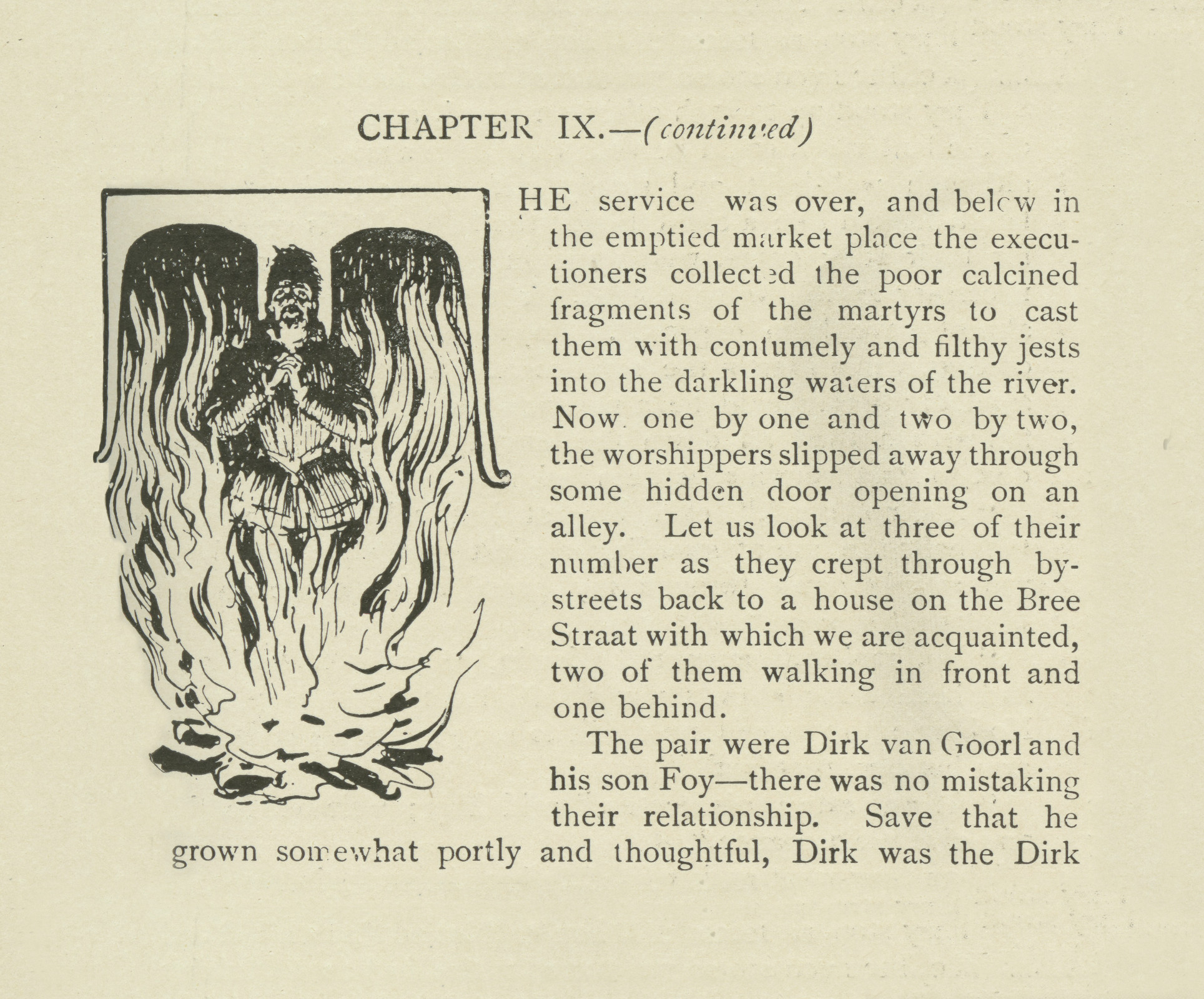 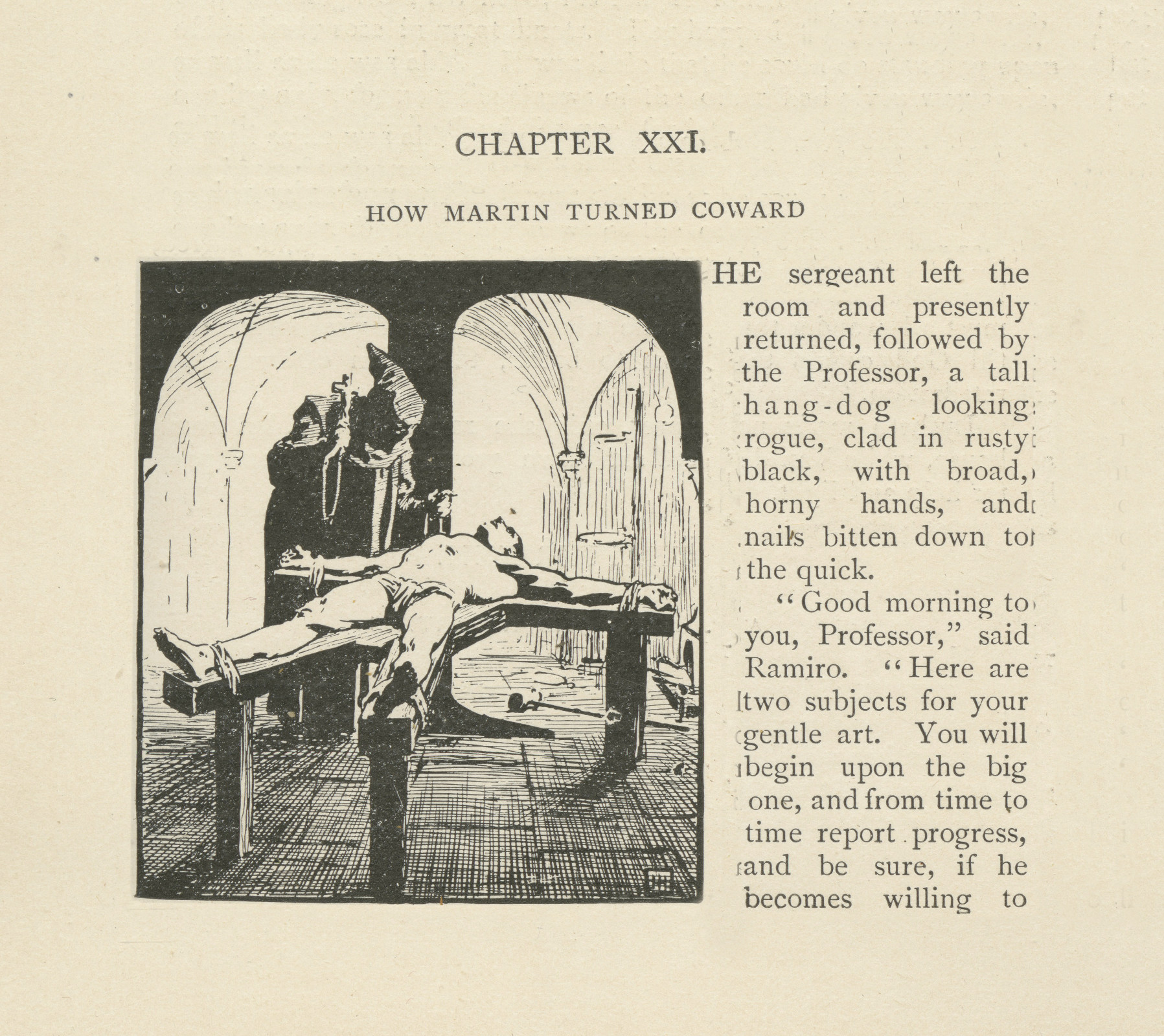 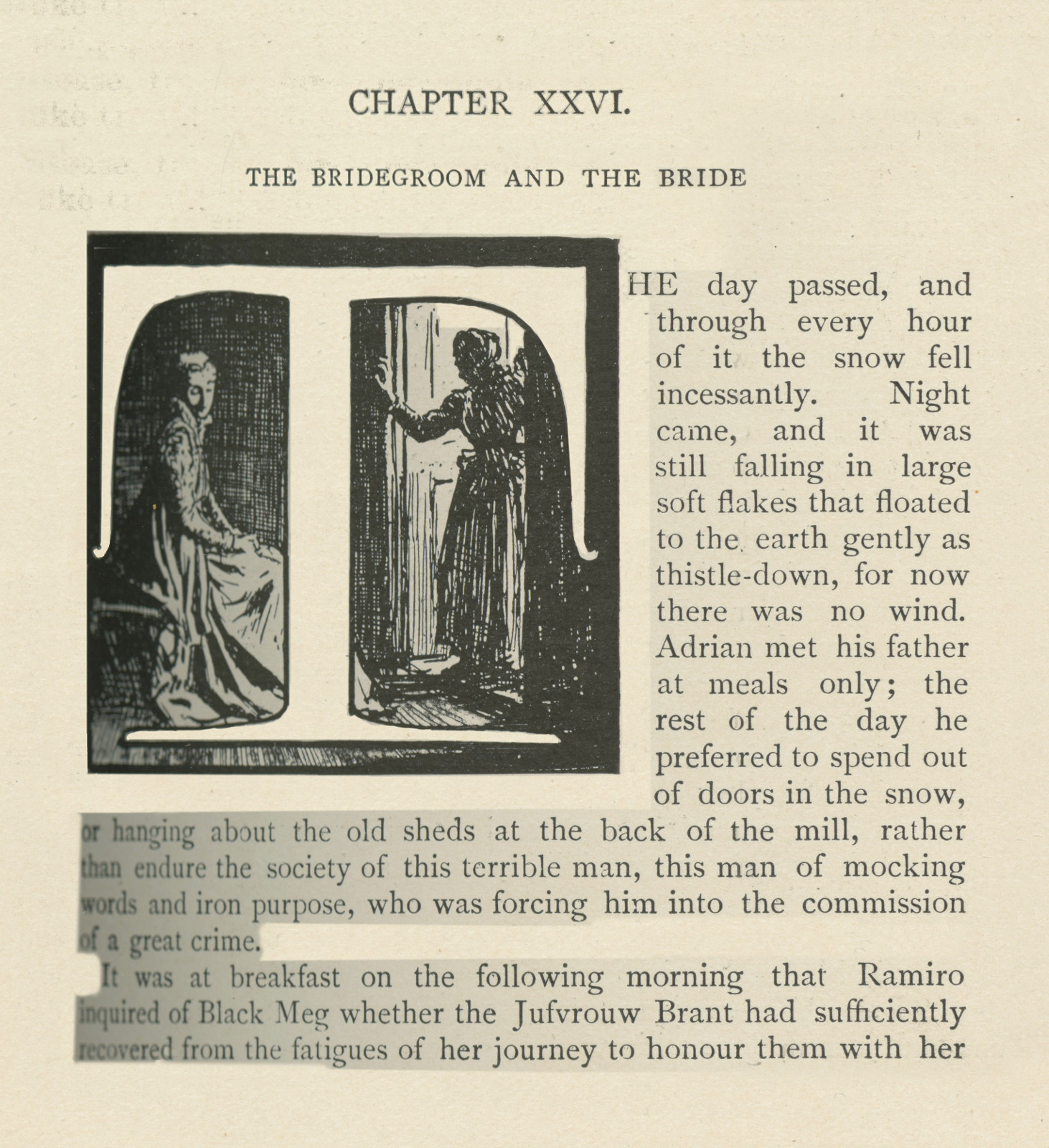 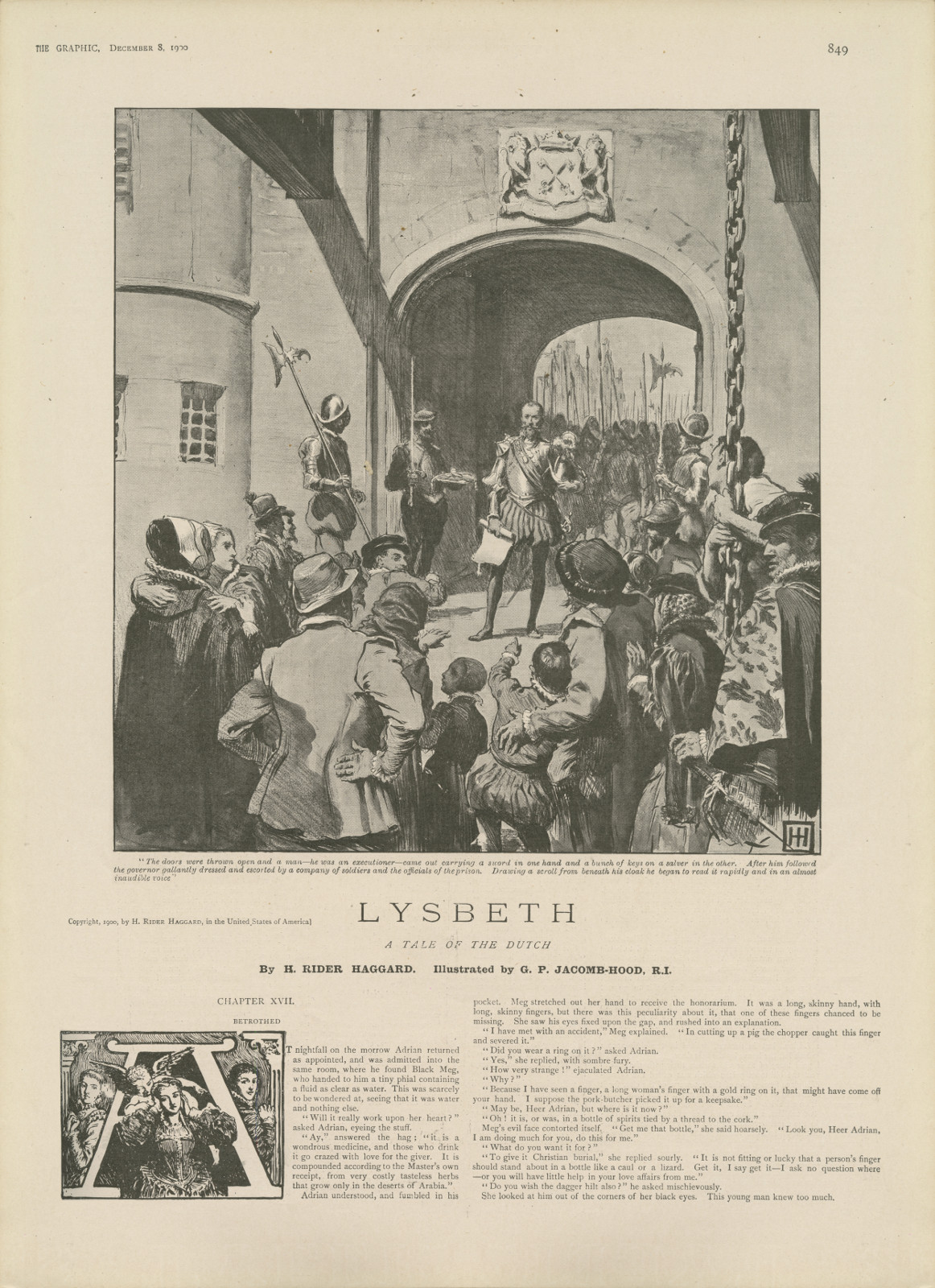 The doors were thrown open and a man—he was an executioner—came out carrying a sword in one hand and a bunch of keys on a salver in the other. Lysbeth, A Tale of the Dutch. The Graphic, vol. 62, no. 1619. 8 December 1900 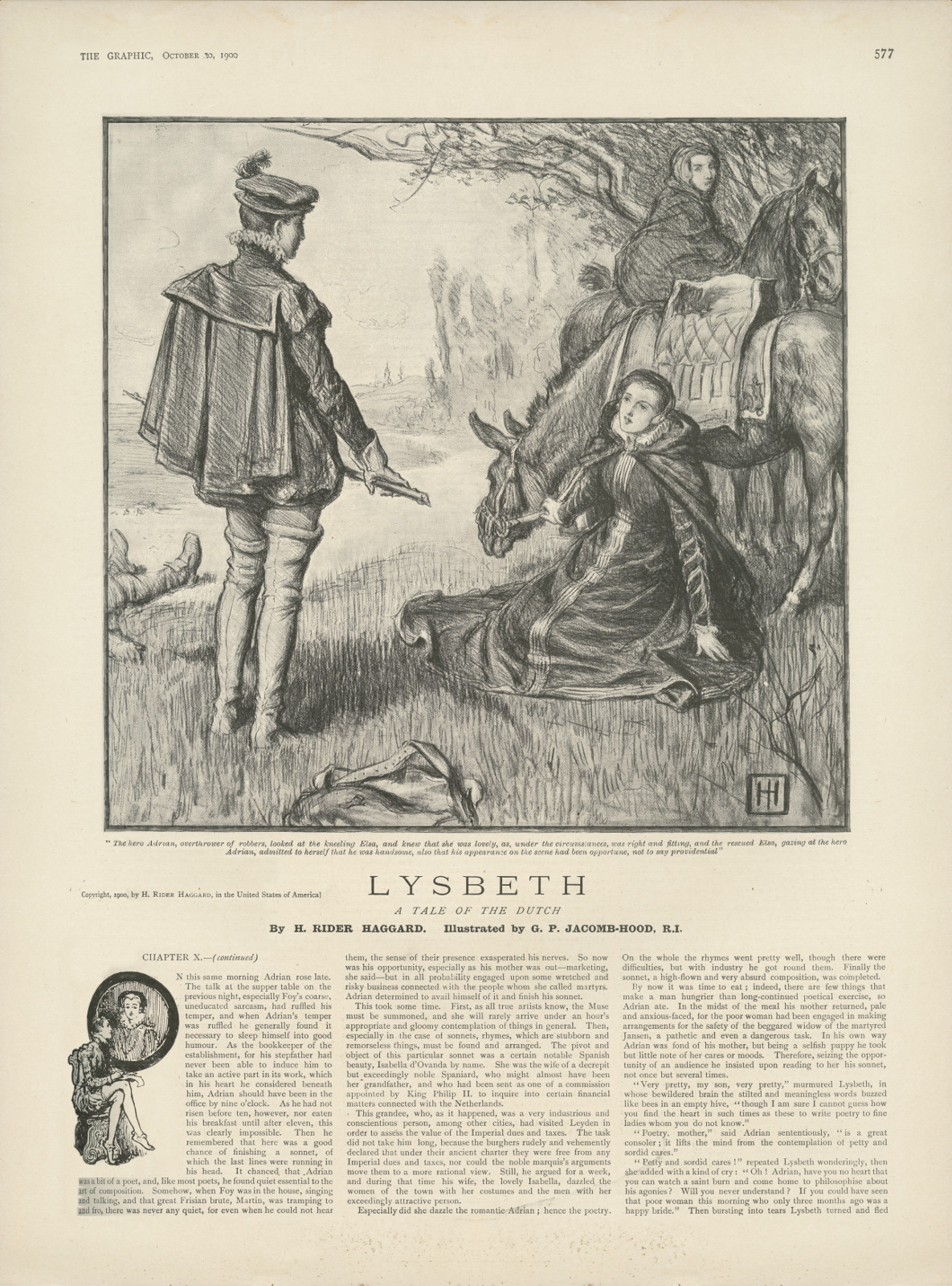 The hero Adrian, overthrower of robbers, looked at the kneeling Elsa, and knew that she was lovely, as, under the circumstances, was right and fitting, and the rescued Elsa, gazing at the hero Adrian, admitted to herself that he was handsome. Lysbeth, A Tale of the Dutch. The Graphic, vol. 62, no. 1612. 20 October 1900 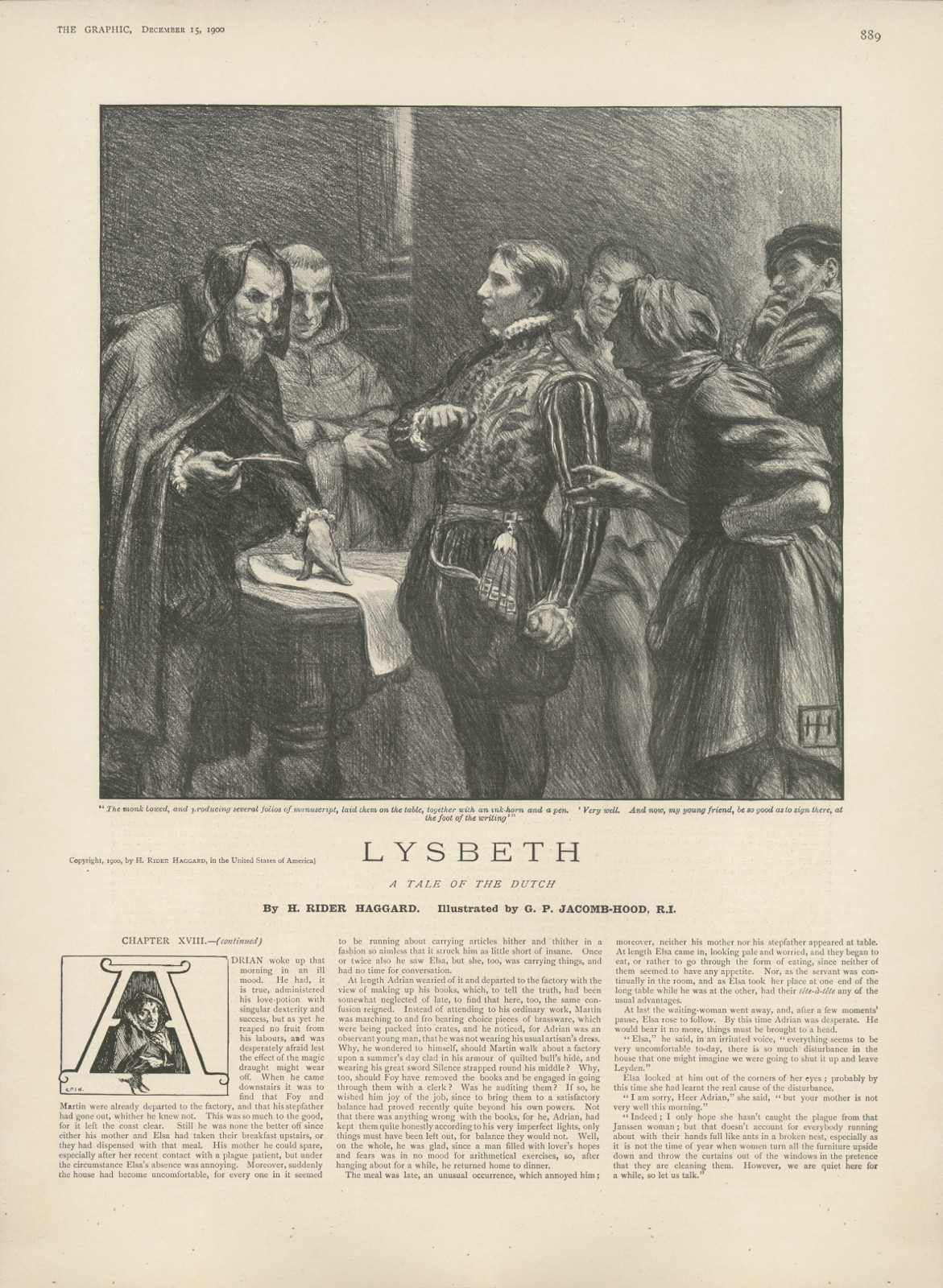 The monk bowed, and producing several folios of manuscript, laid them on the table, together with an ink-horn and a pen. 'Very well. And now, my young friend, be so good as to sign there, at the foot of the writing'. Lysbeth, A Tale of the Dutch. The Graphic, vol. 62, no. 1620. 15 December 1900 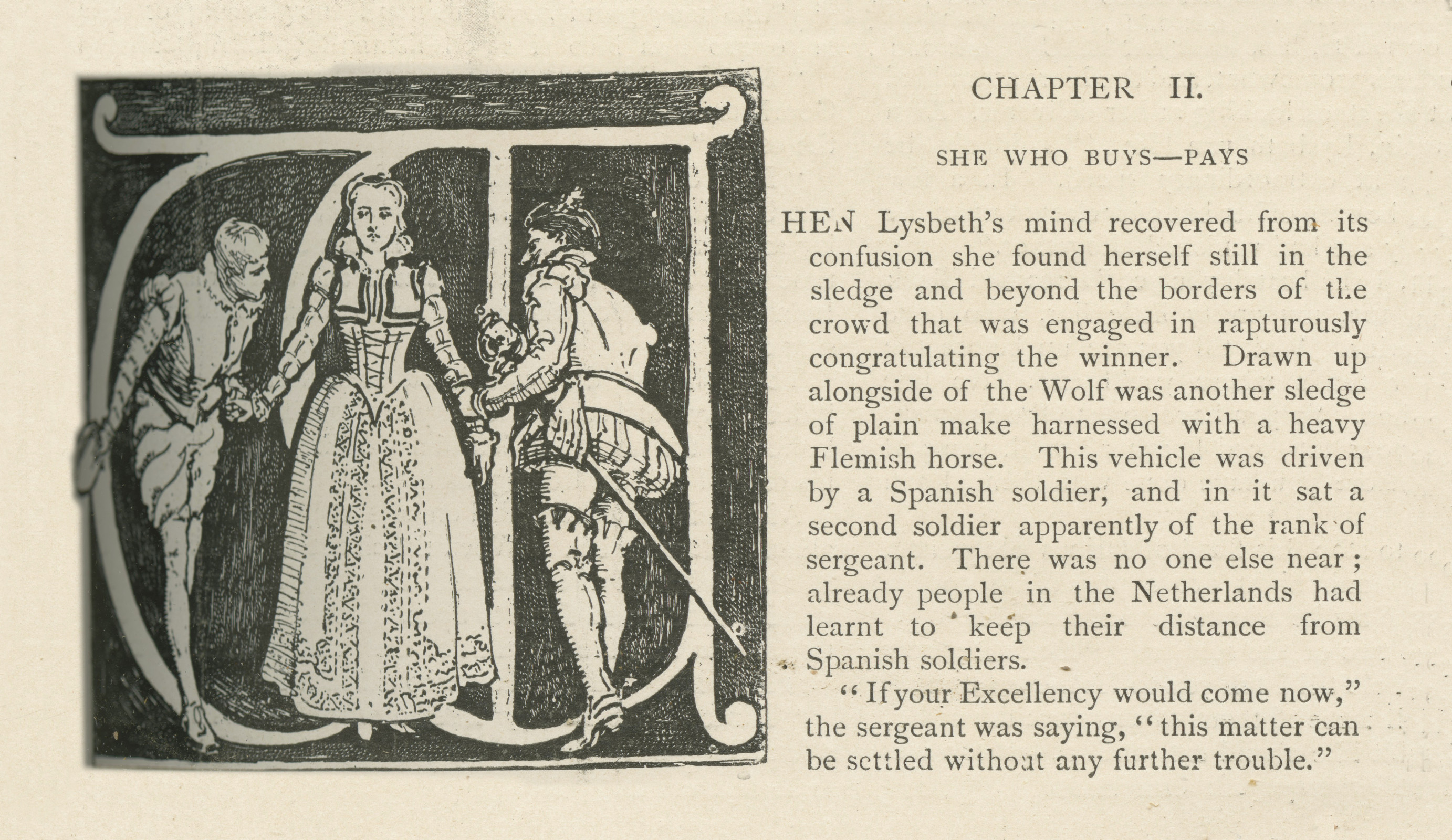