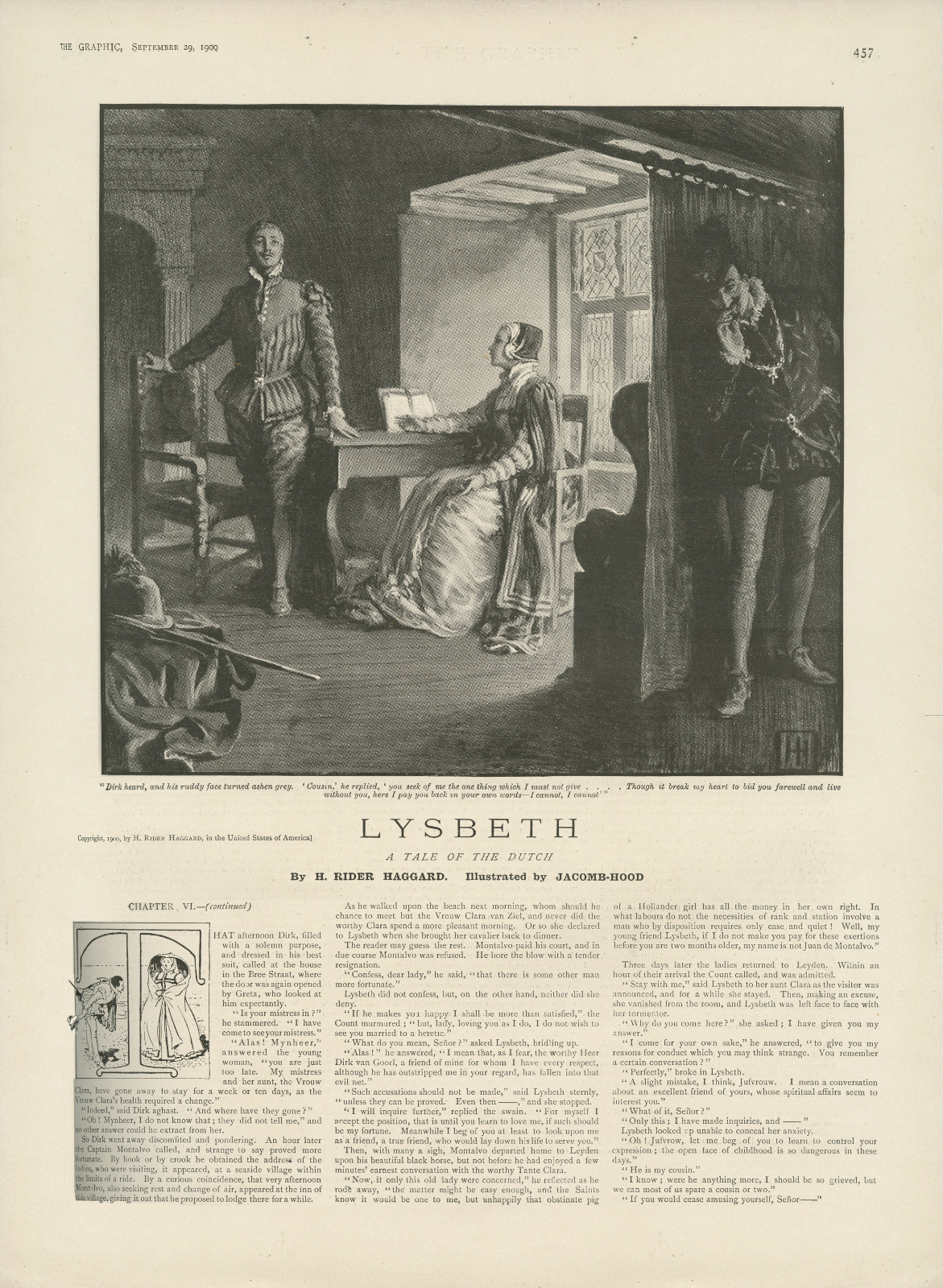 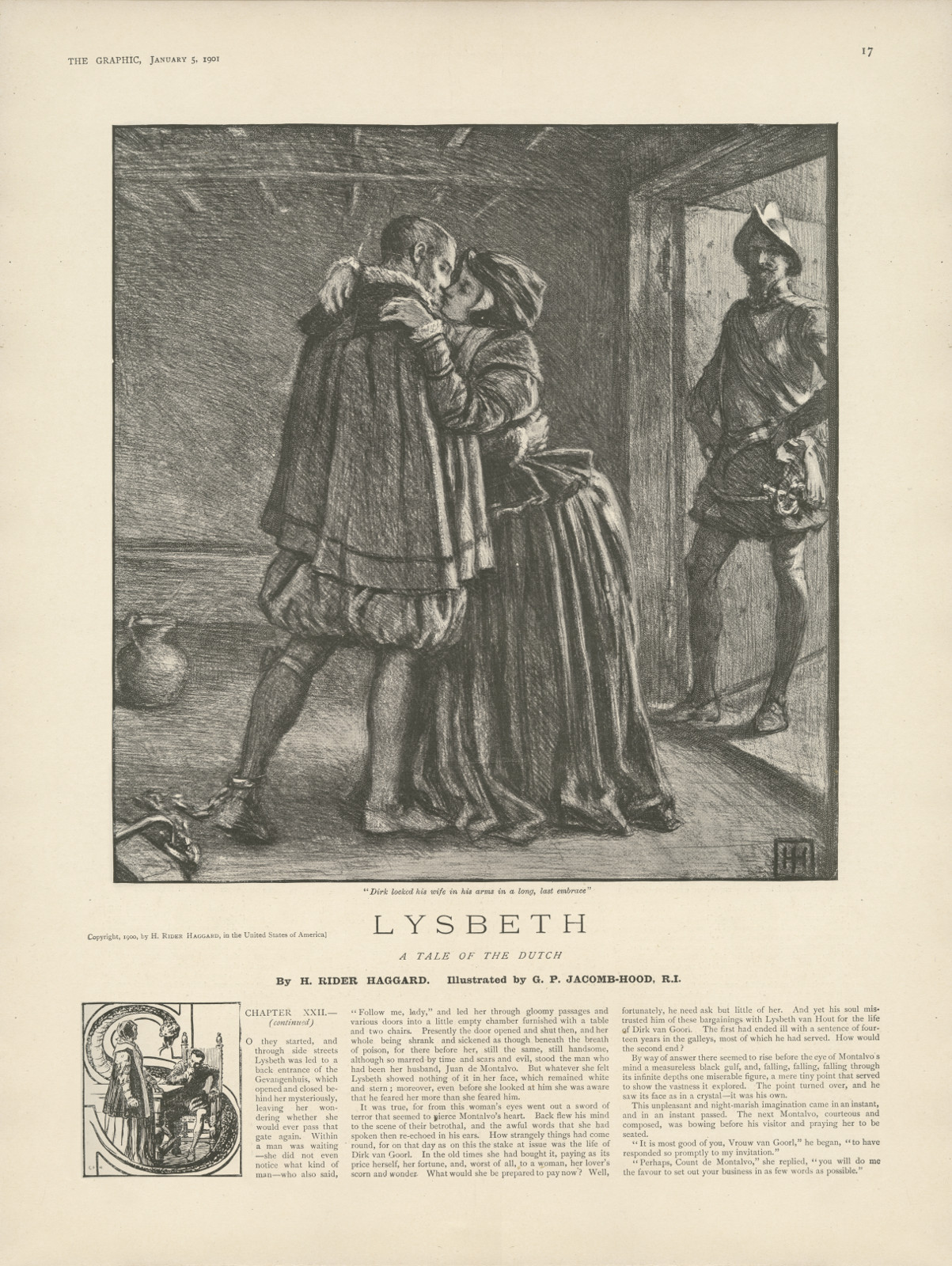 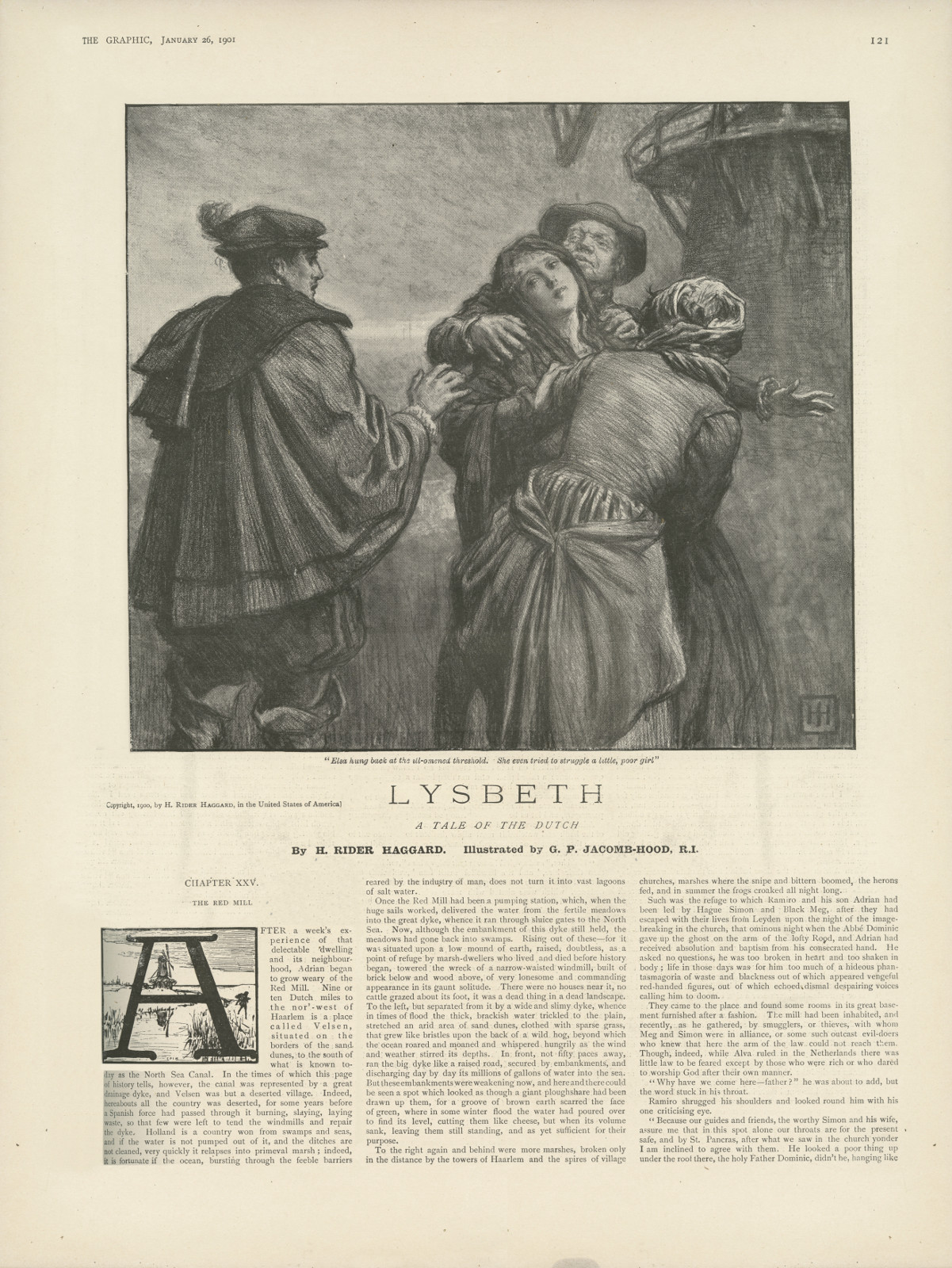 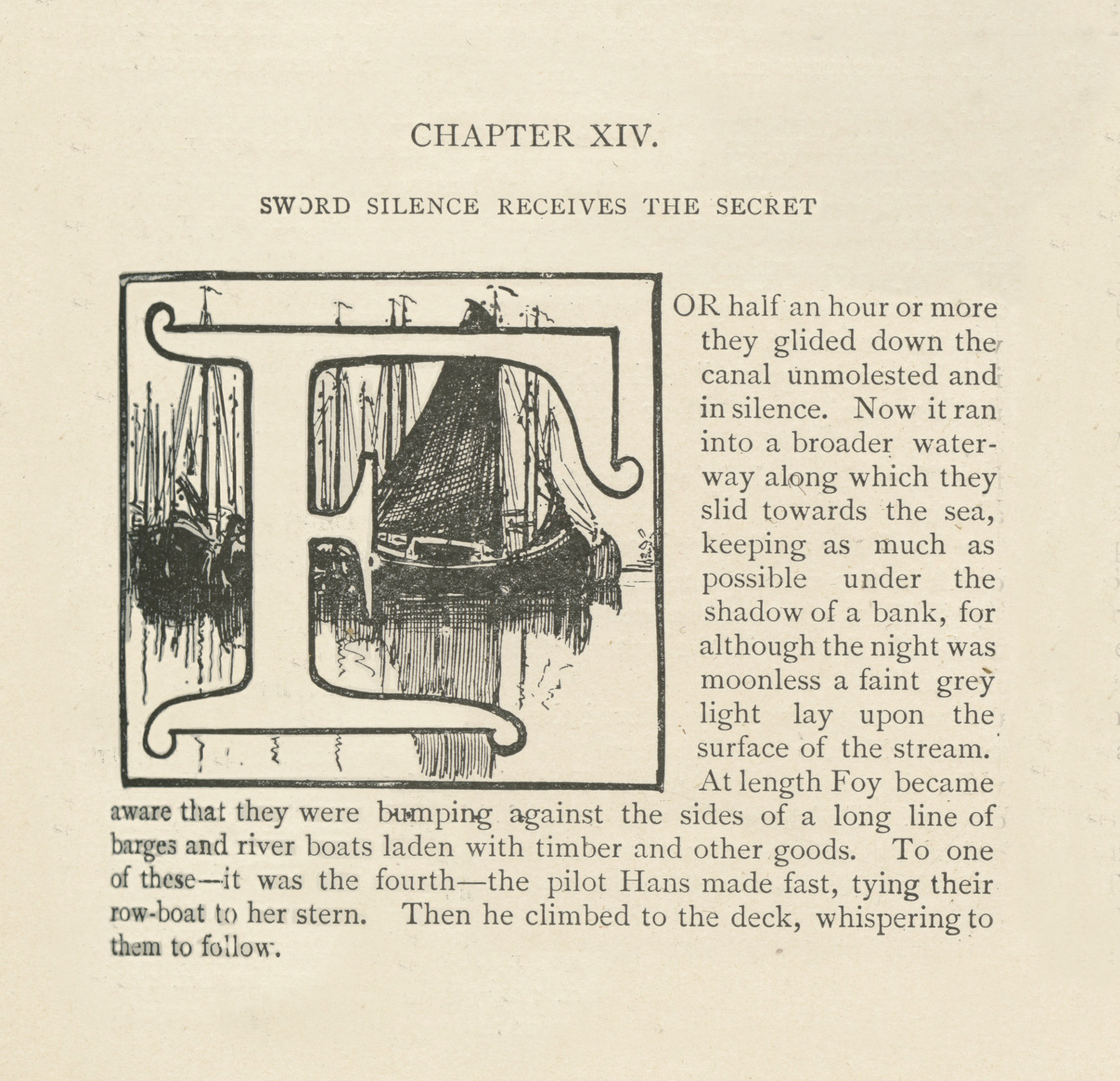 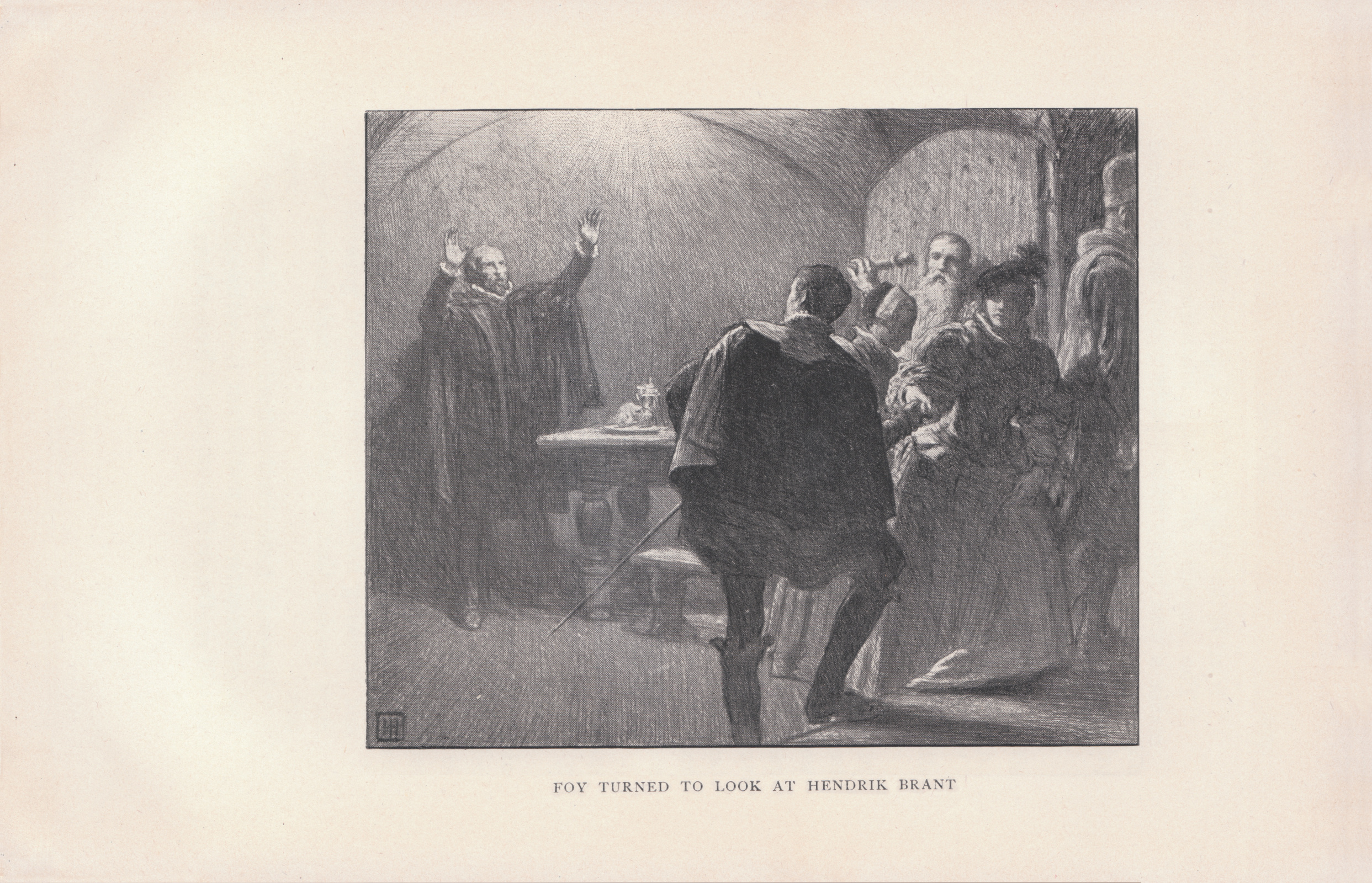 Foy turned to look at Hendrik Brant.. Lysbeth, A Tale of the Dutch. 1st US Edition. 1901 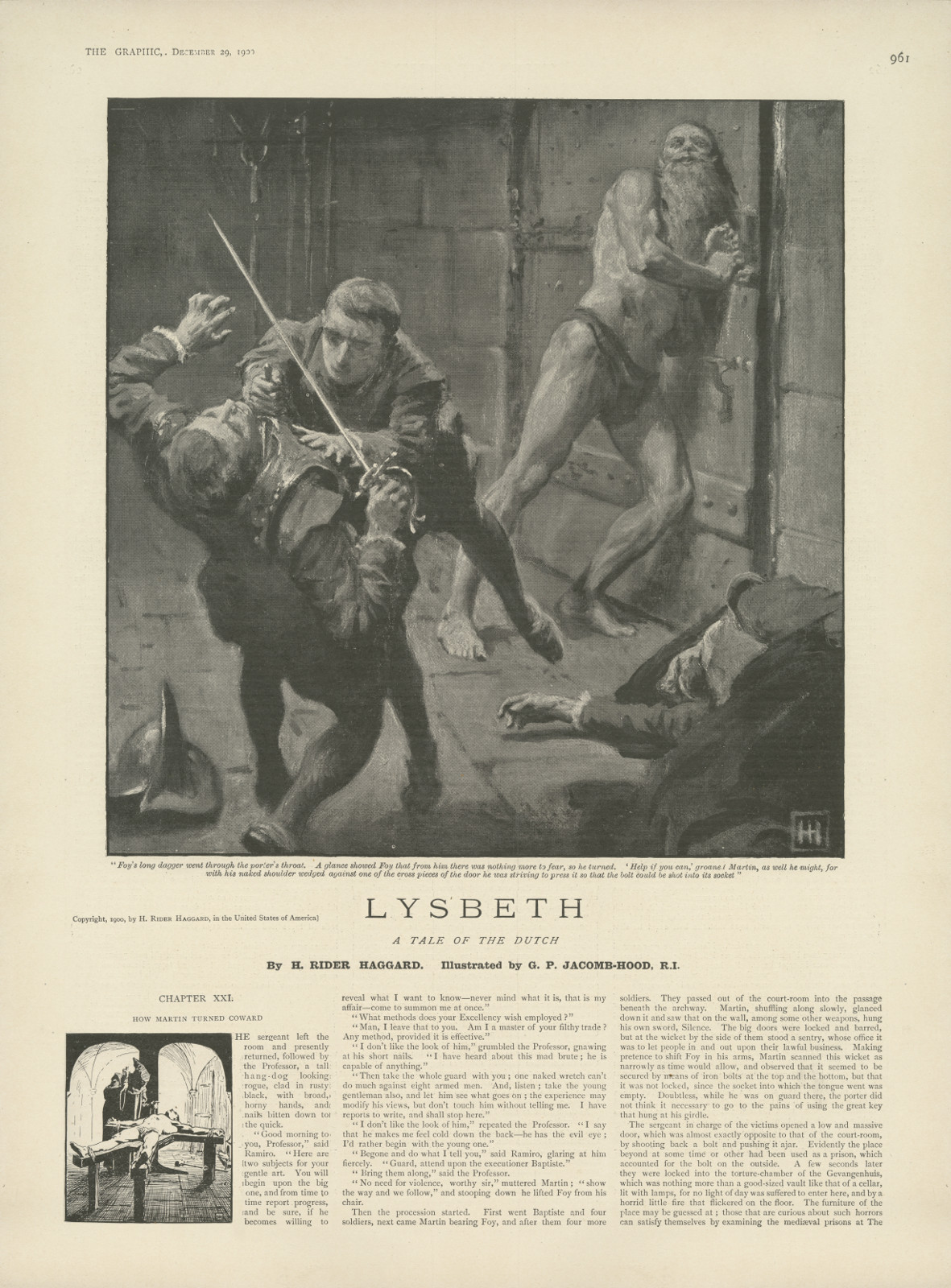 Foy’s long dagger went through the porter’s throat. A glance showed Foy that from him there was nothing more to fear, so he turned. 'Help if you can,' groaned Martin, as well he might. Lysbeth, A Tale of the Dutch. The Graphic, vol. 62, no. 1622. 29 December 1900 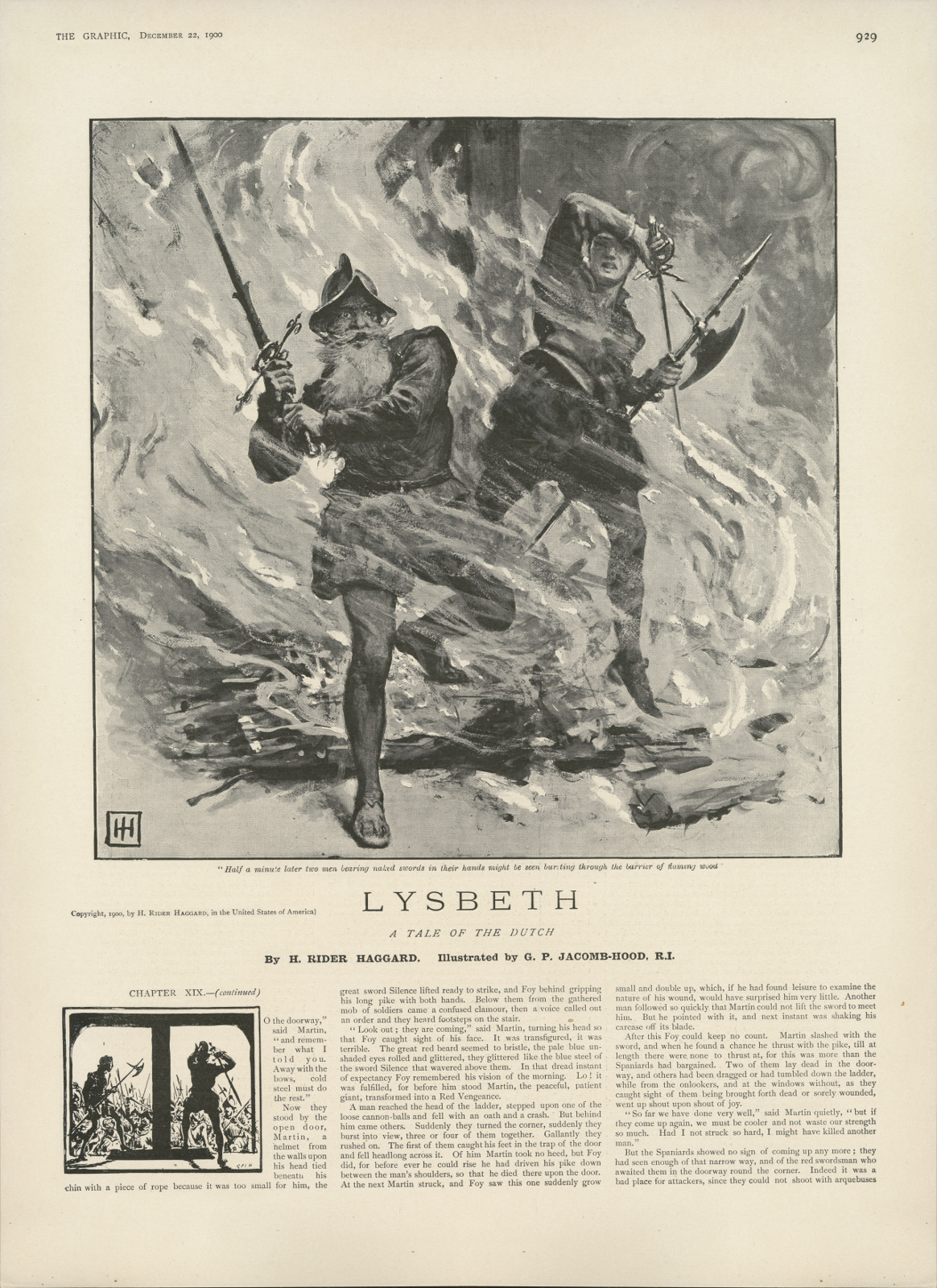 Half a minute later two men bearing naked swords in their hands might be seen bursting through the barrier of flaming wood. Lysbeth, A Tale of the Dutch. The Graphic, vol. 62, no. 1621. 22 December 1900 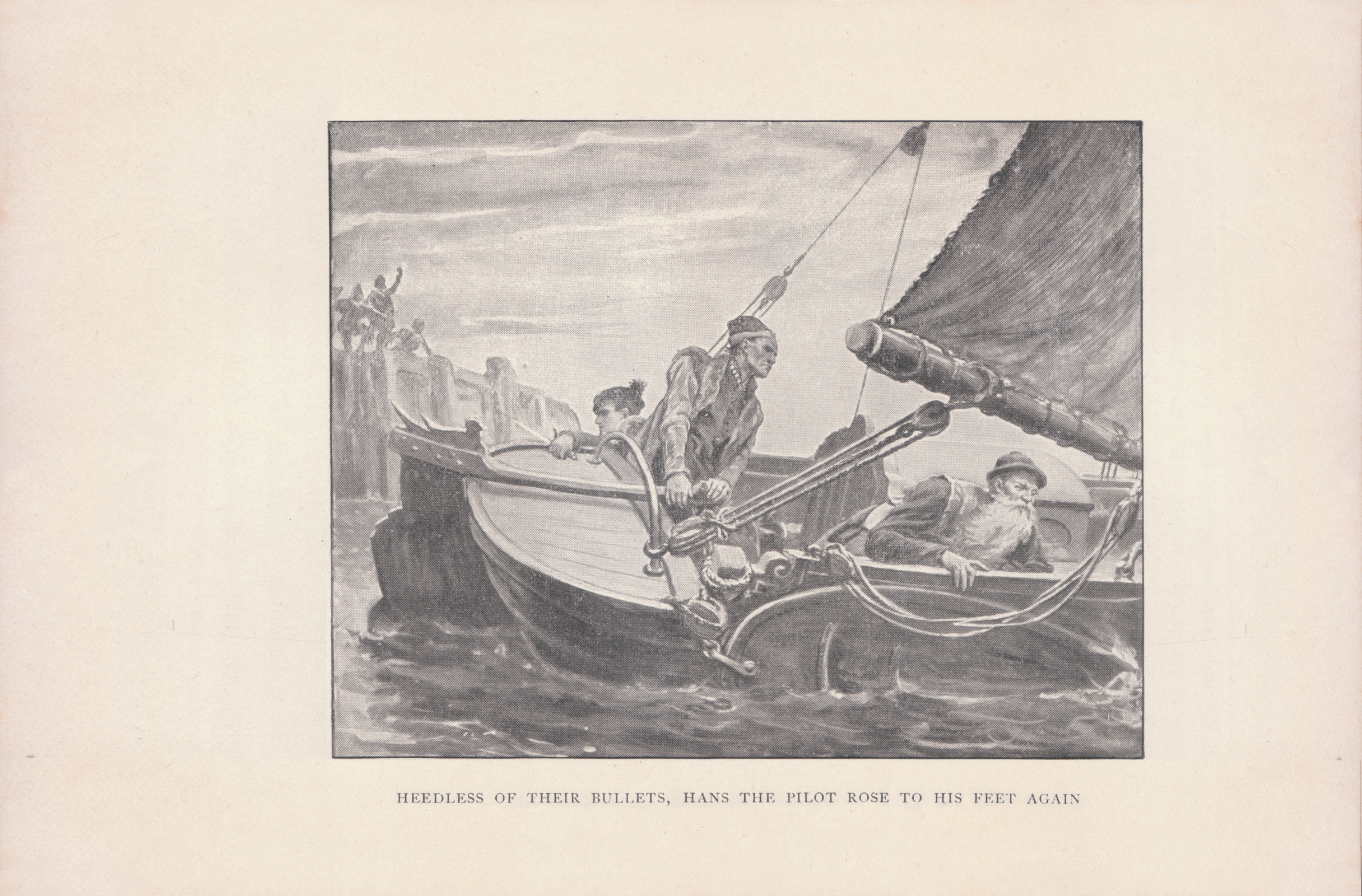 Heedless of their bullets, Hans the pilot rose to his feet again.. Lysbeth, A Tale of the Dutch. 1st US Edition. 1901 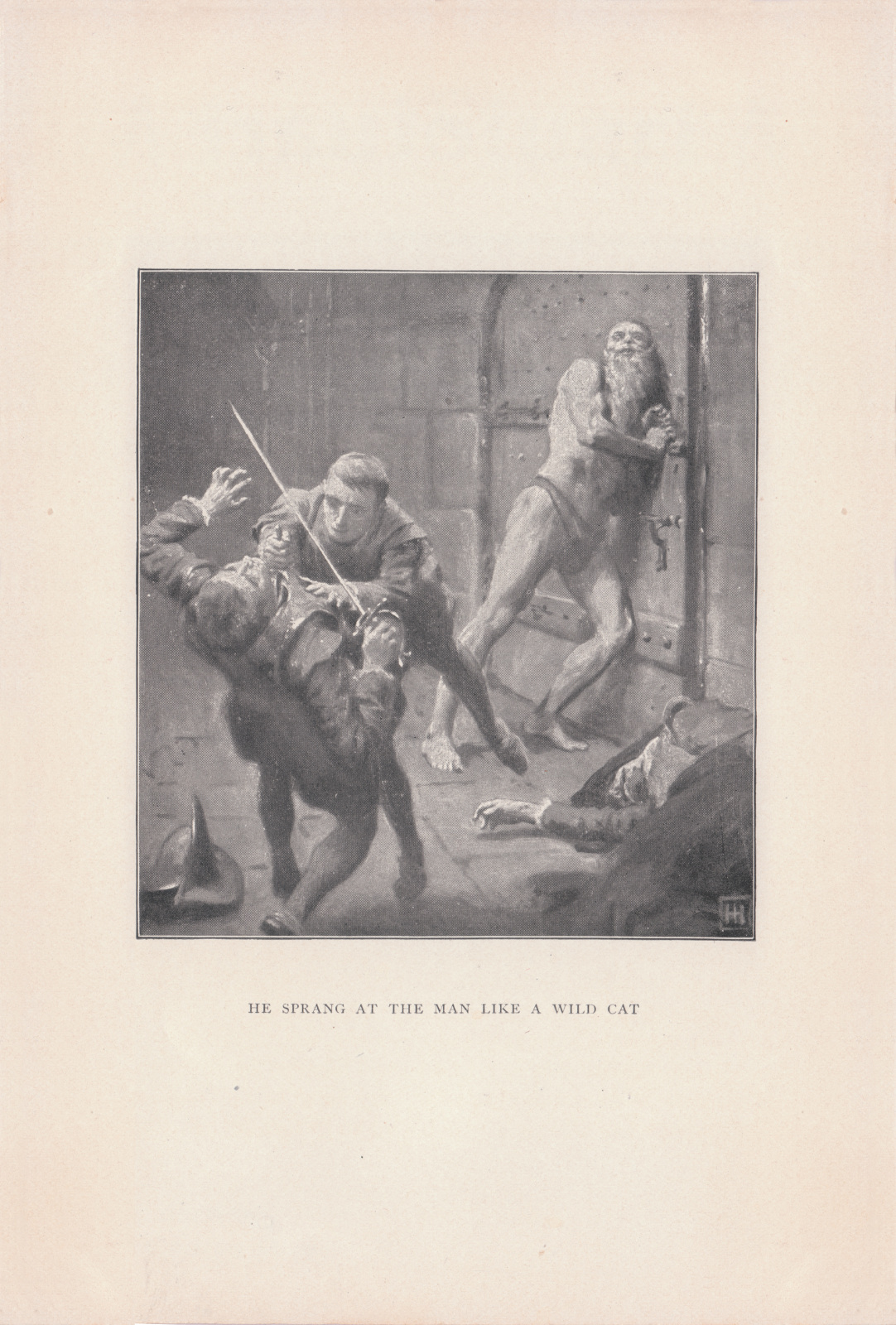 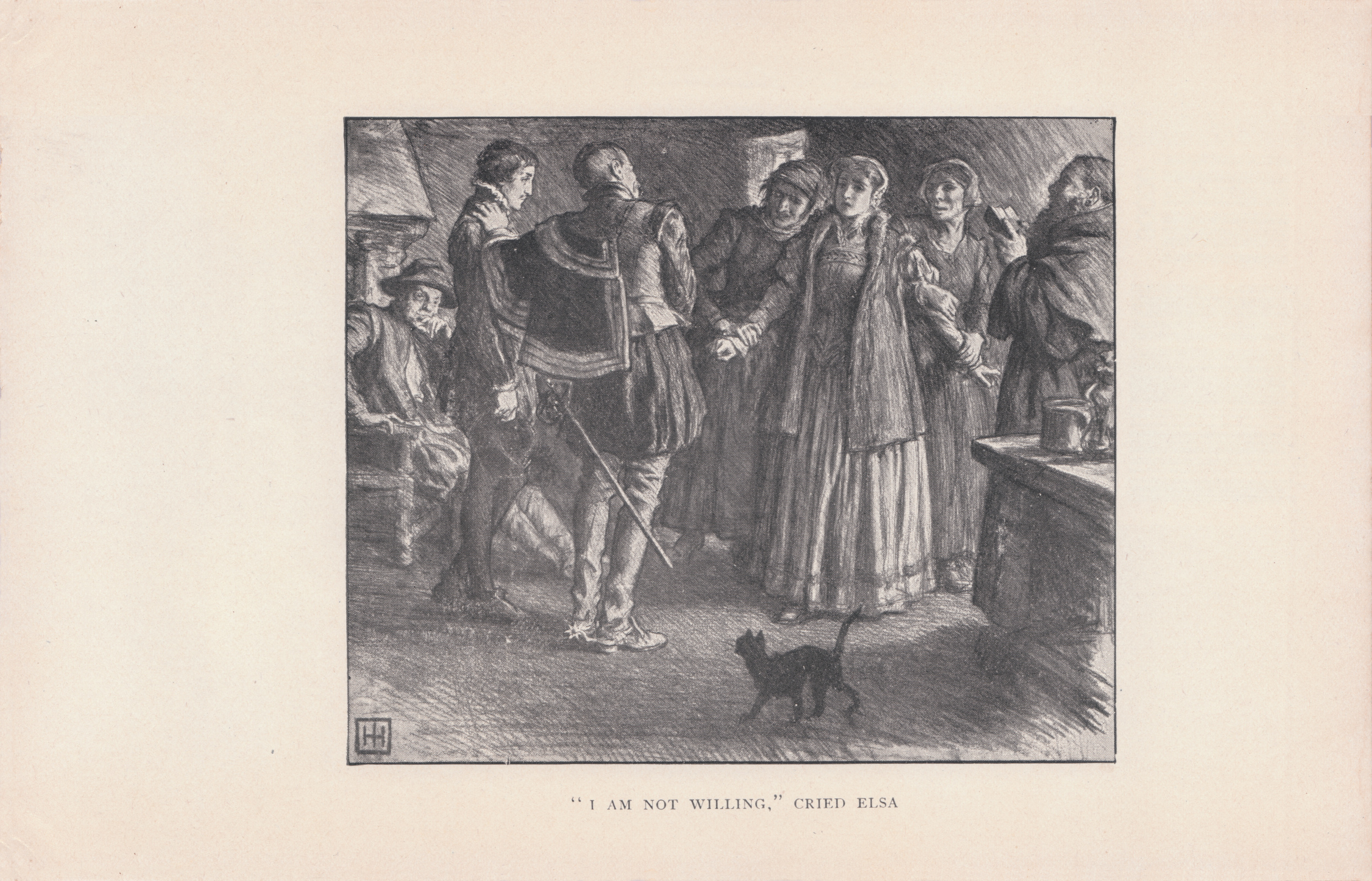 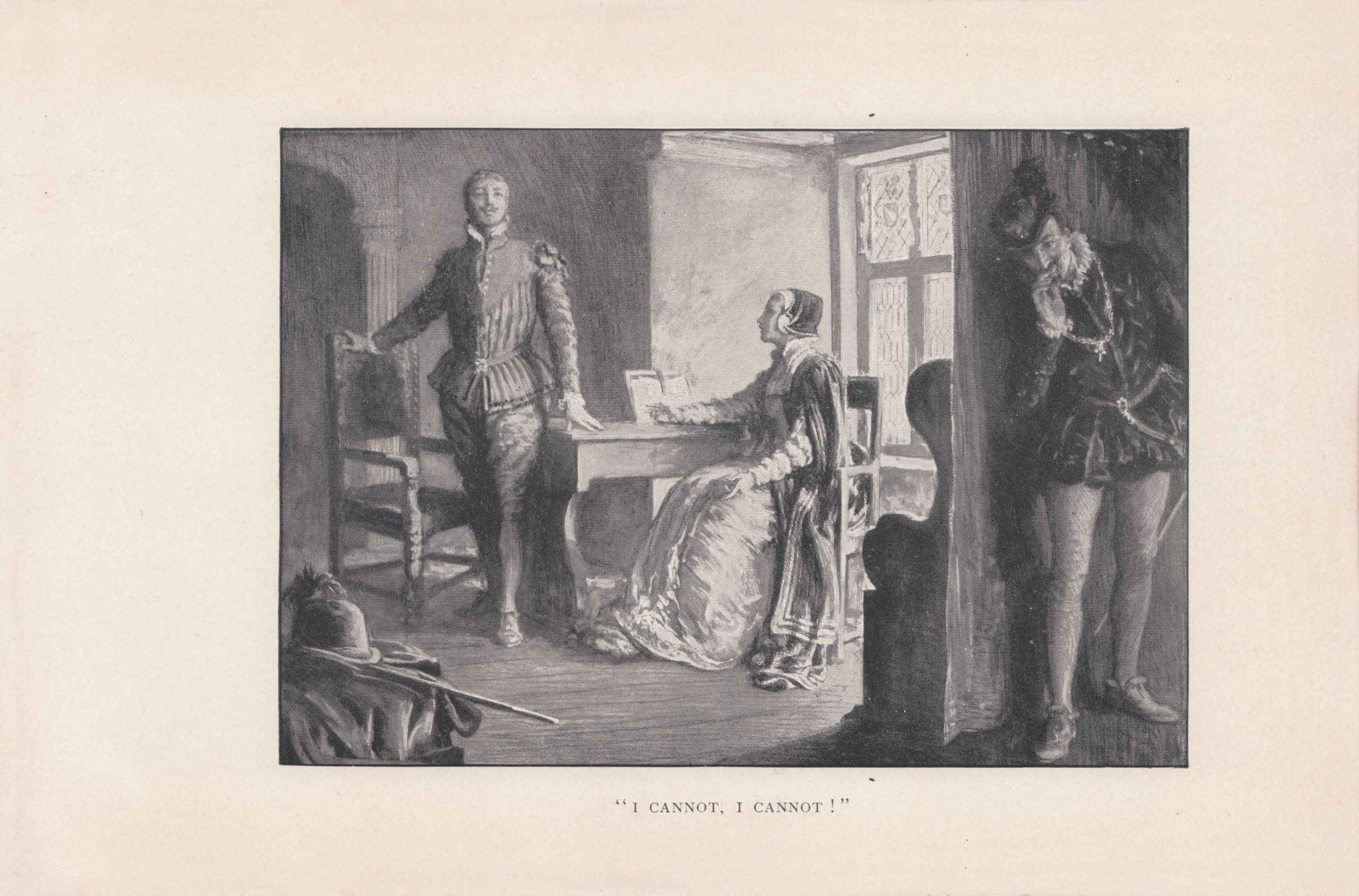 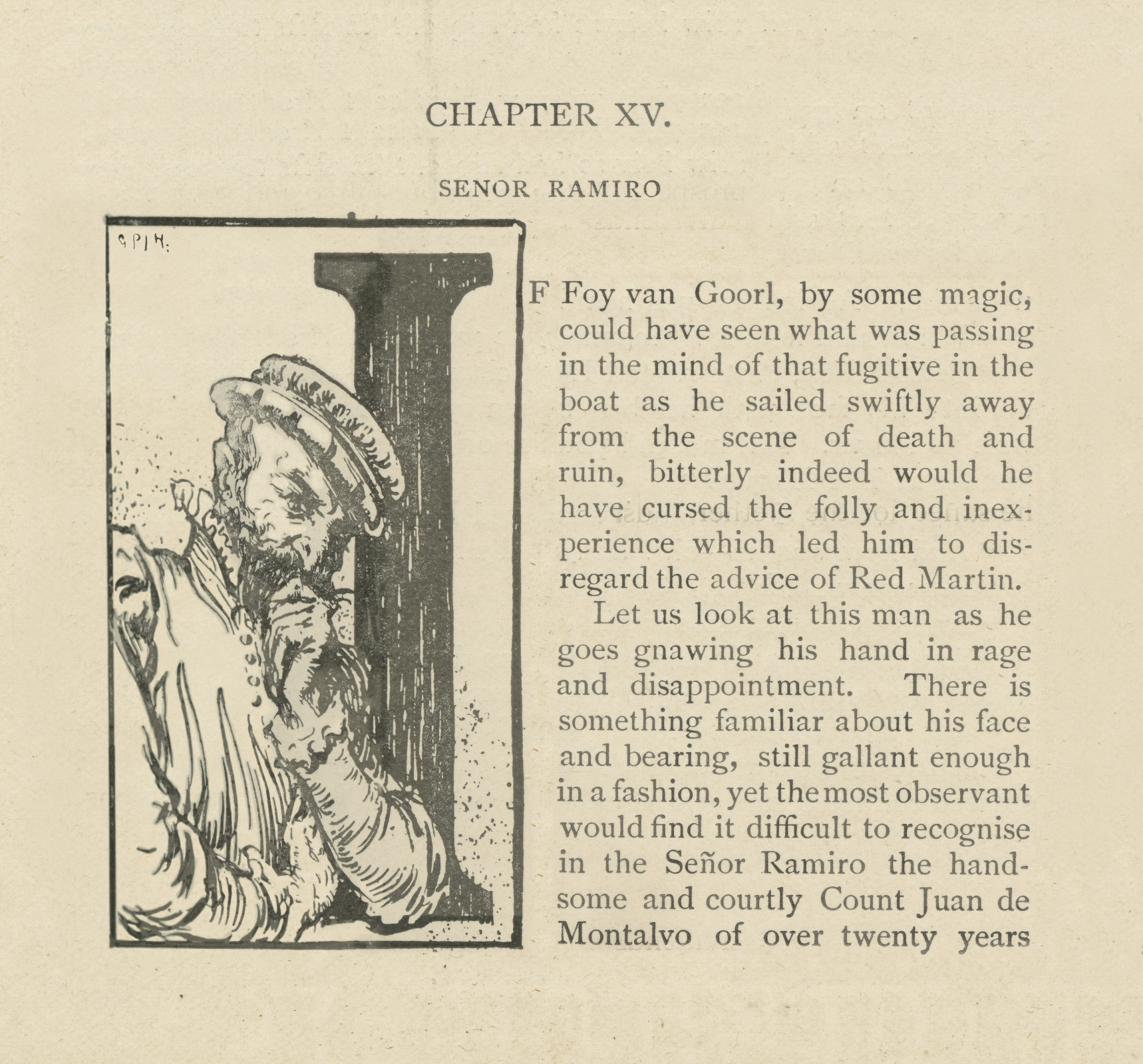