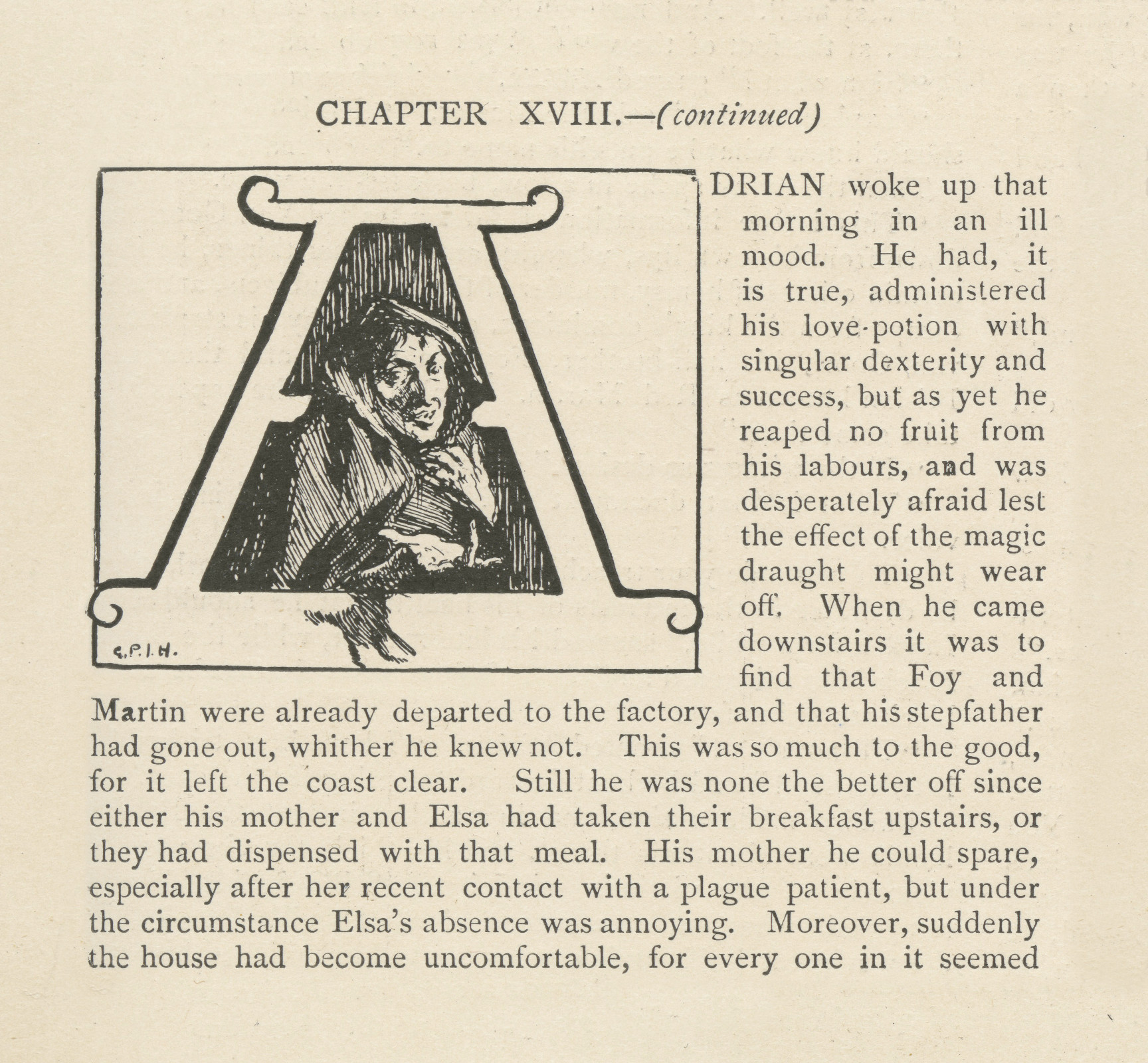 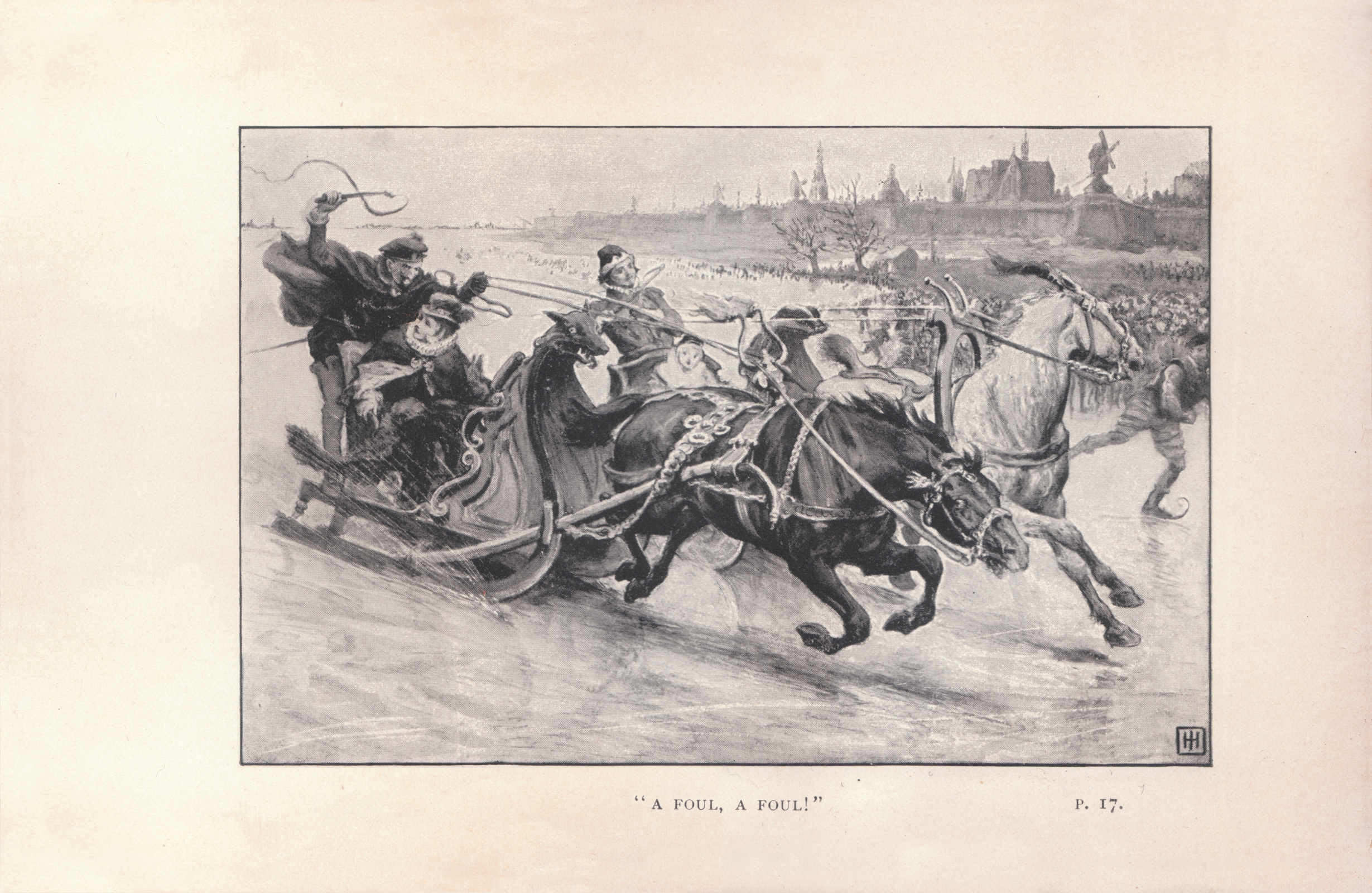 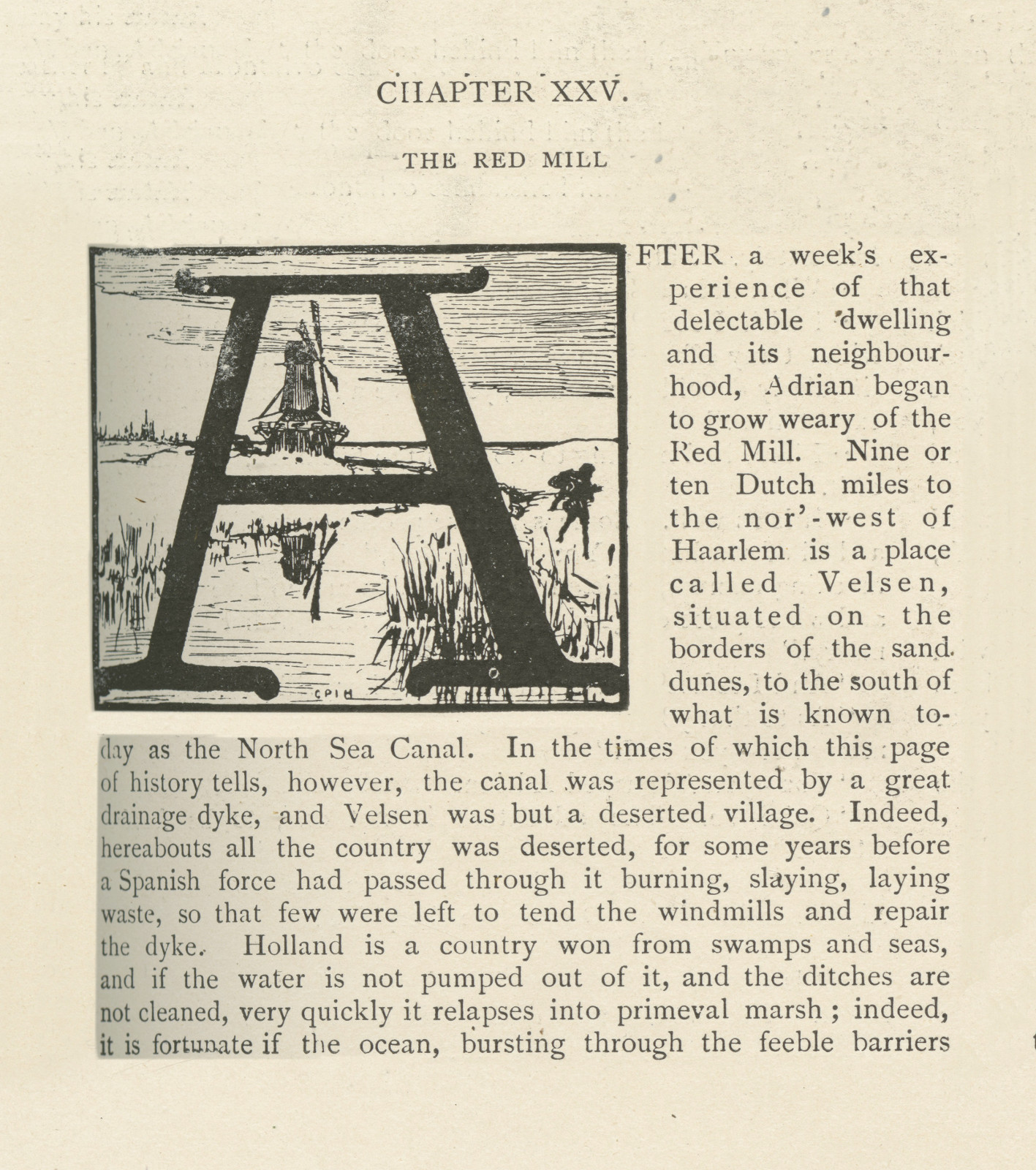 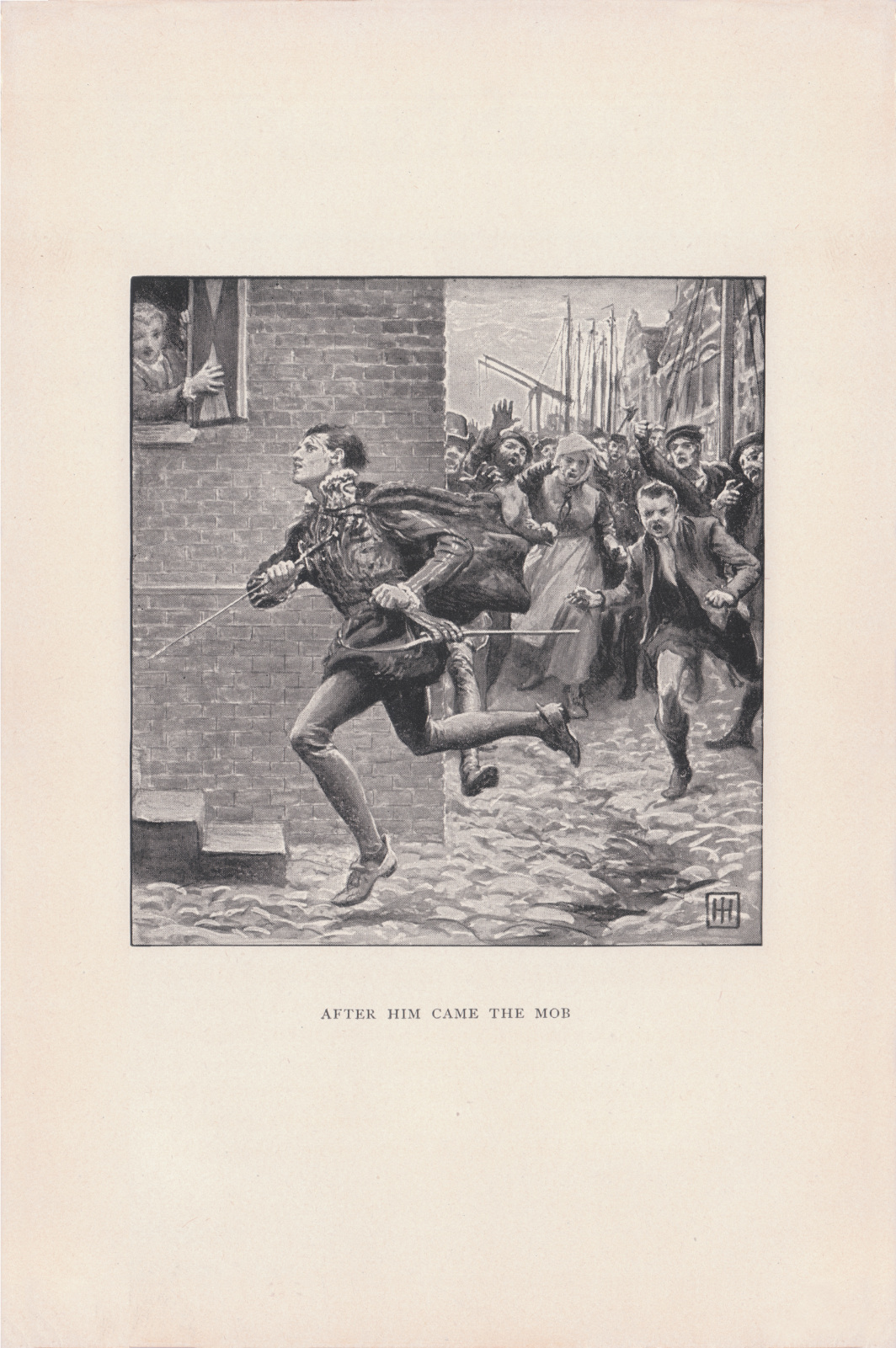 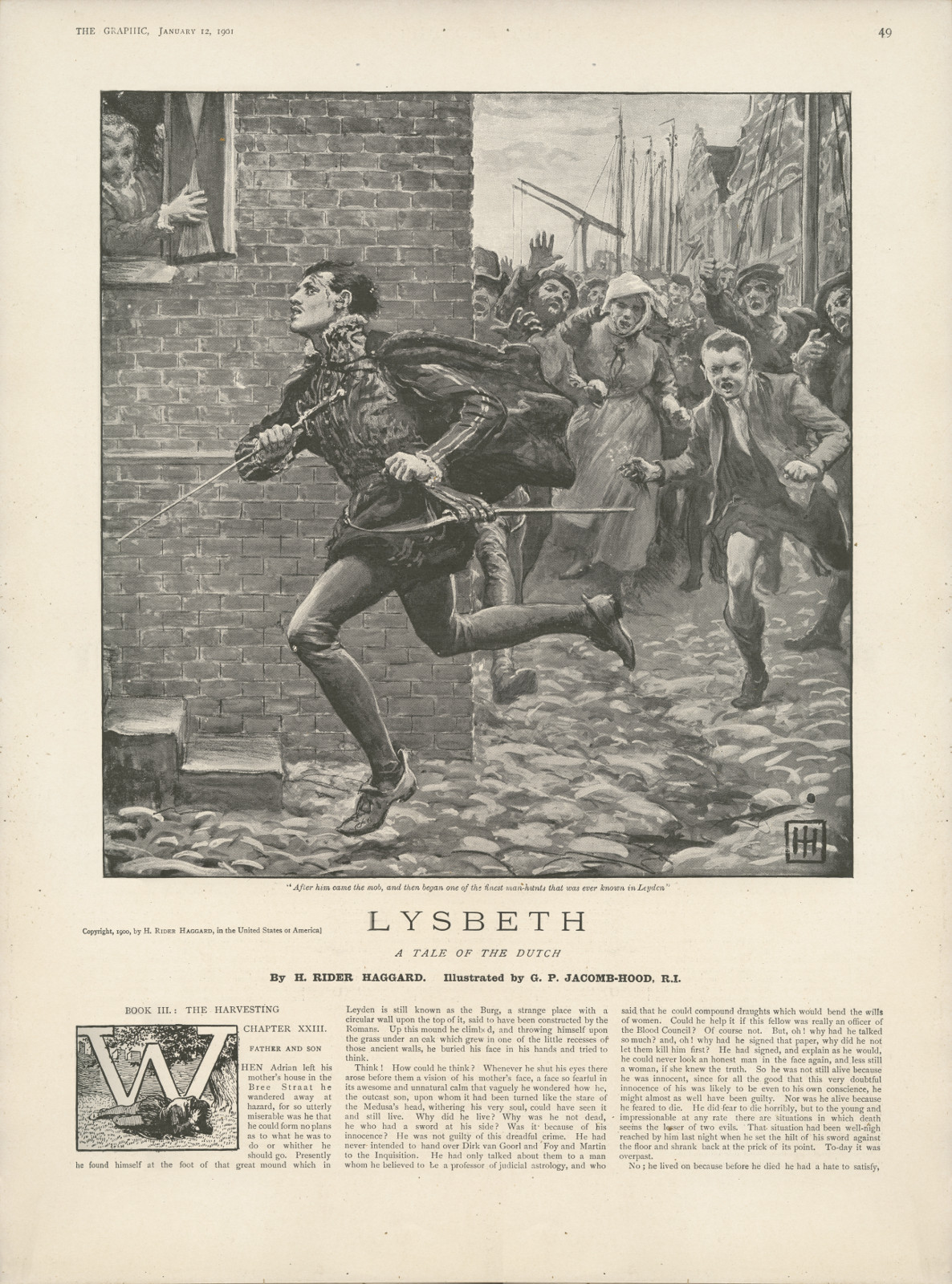 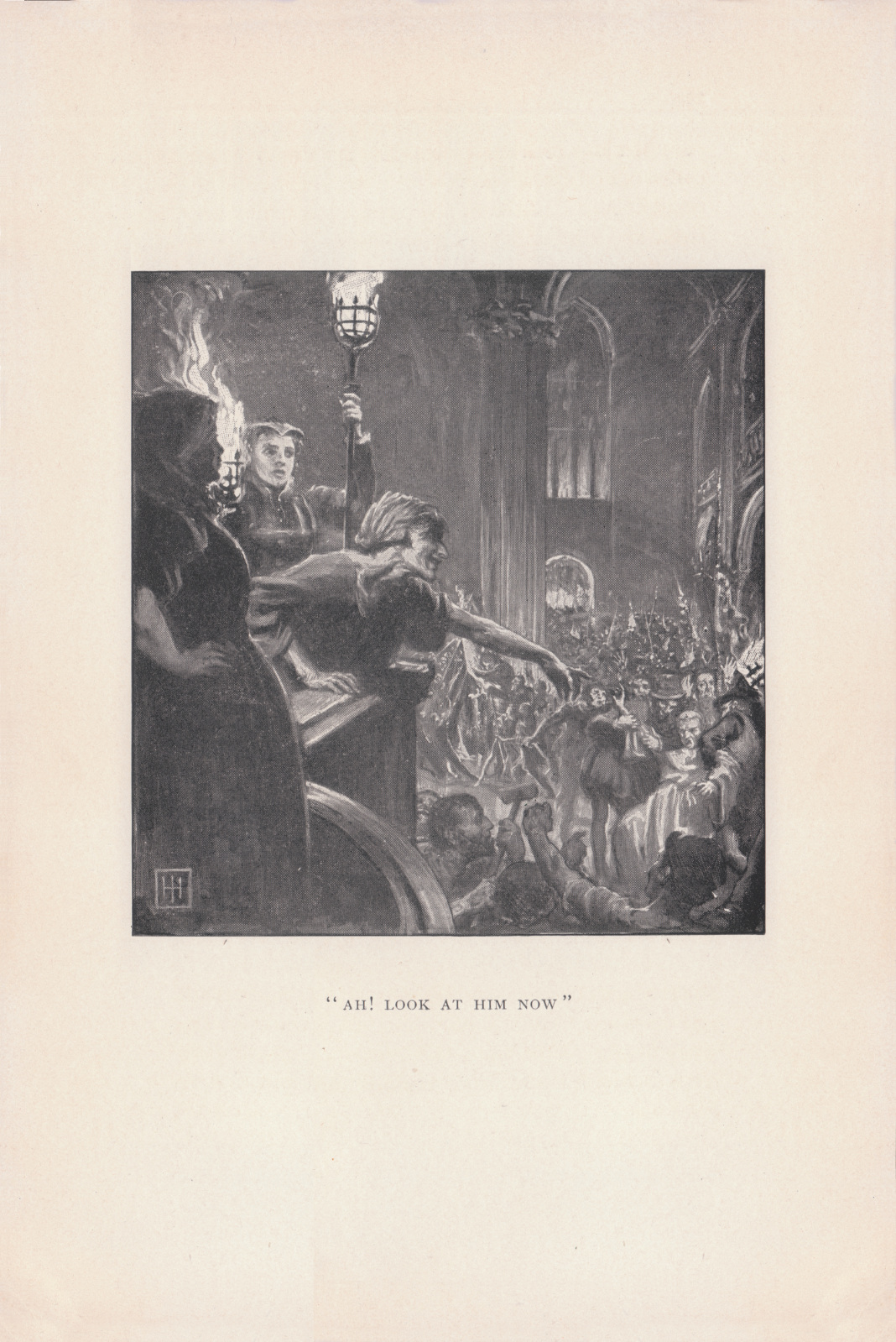 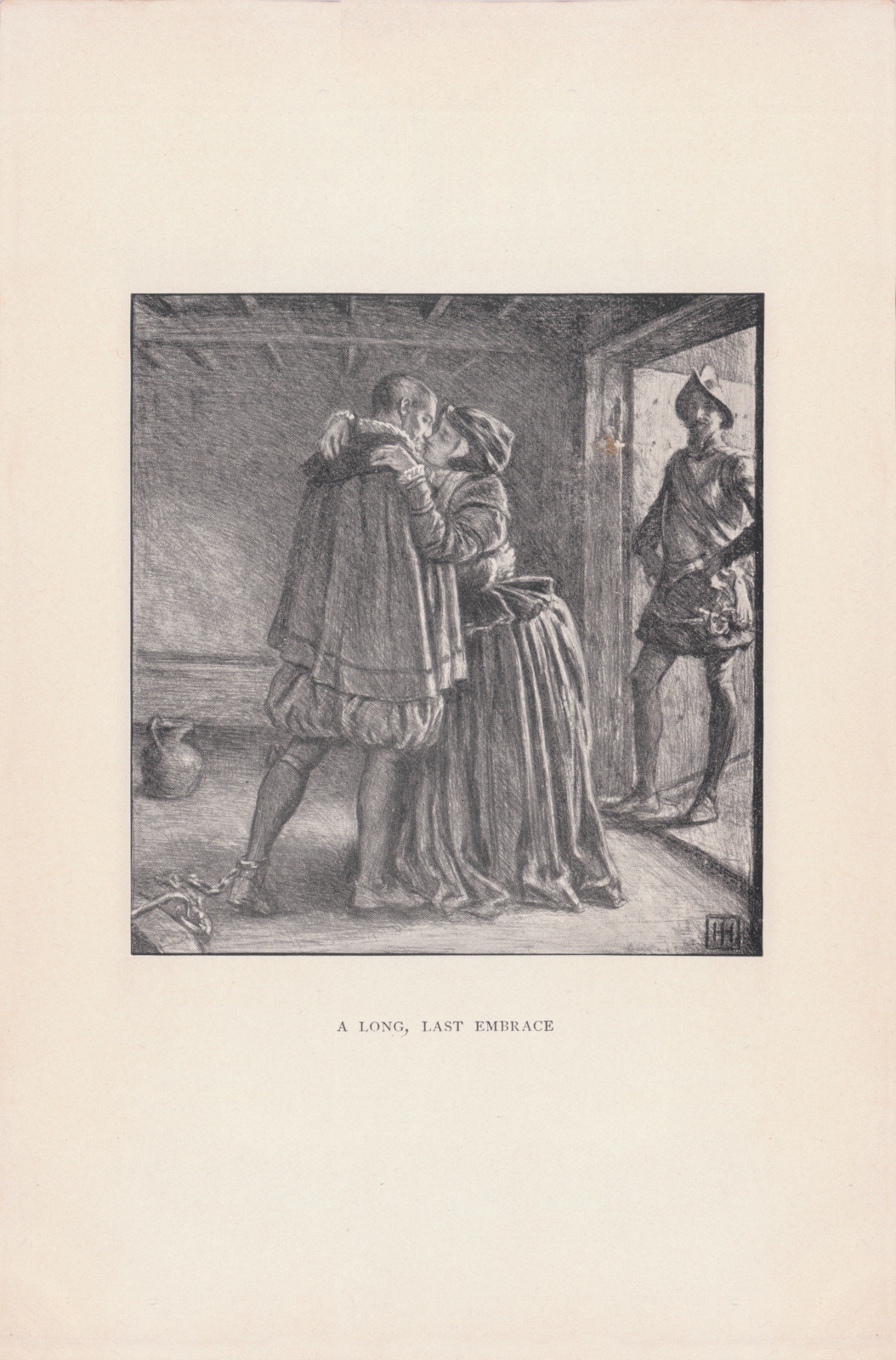 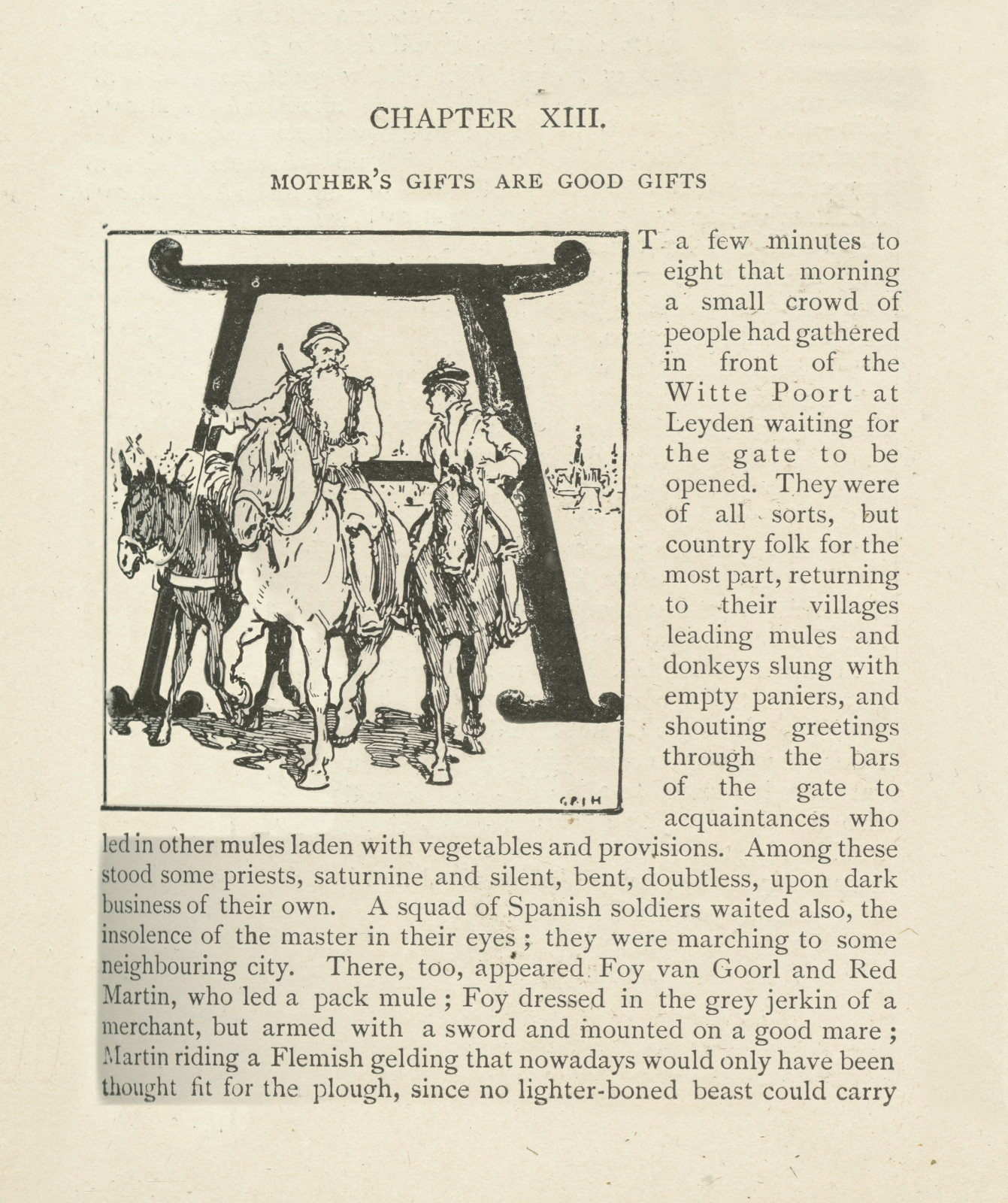 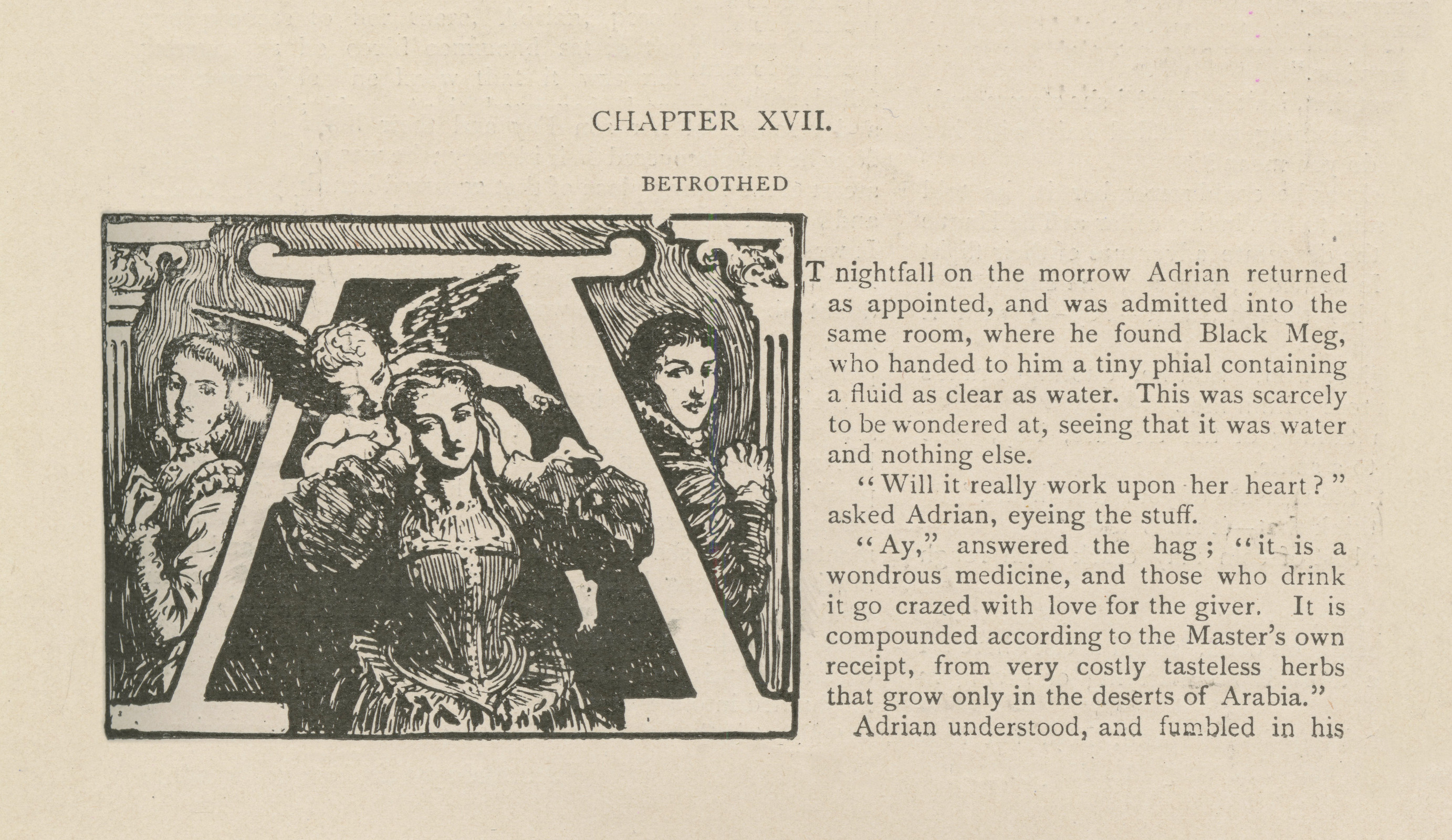 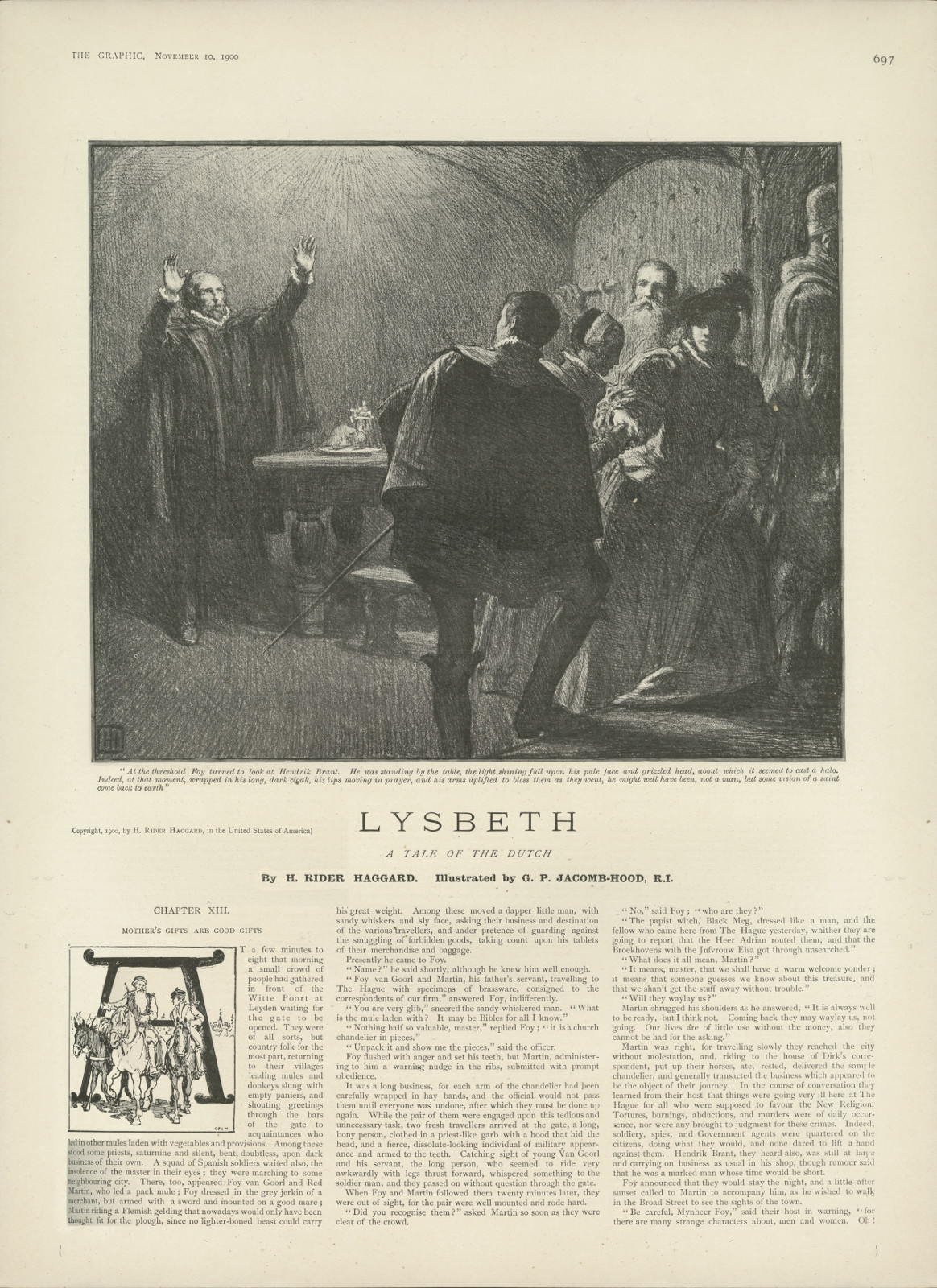 At the threshold Foy turned to look at Hendrik Brant. He was standing by the table, the light shining full upon his pale face and grizzled head, about which it seemed to cast a halo. Lysbeth, A Tale of the Dutch. The Graphic, vol. 62, no. 1615. 10 November 1900 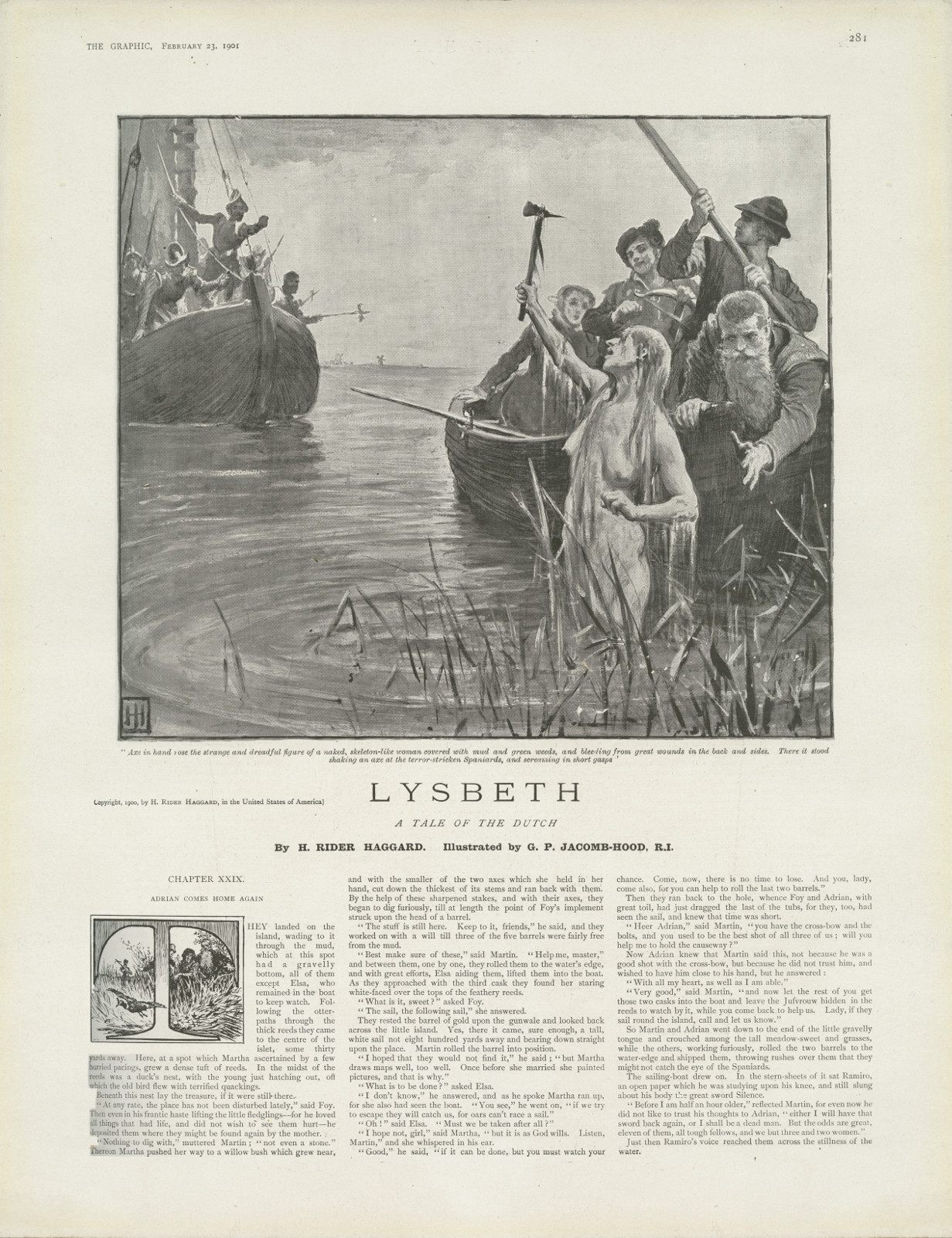 Axe in hand rose the strange and dreadful figure of a naked, skeleton-like woman covered with mud and green weeds, and bleeding from great wounds in the back and sides. There it stood, shaking an axe at the terror-stricken Spaniards. Lysbeth, A Tale of the Dutch. The Graphic, vol. 63, no. 1630. 23 February 1901 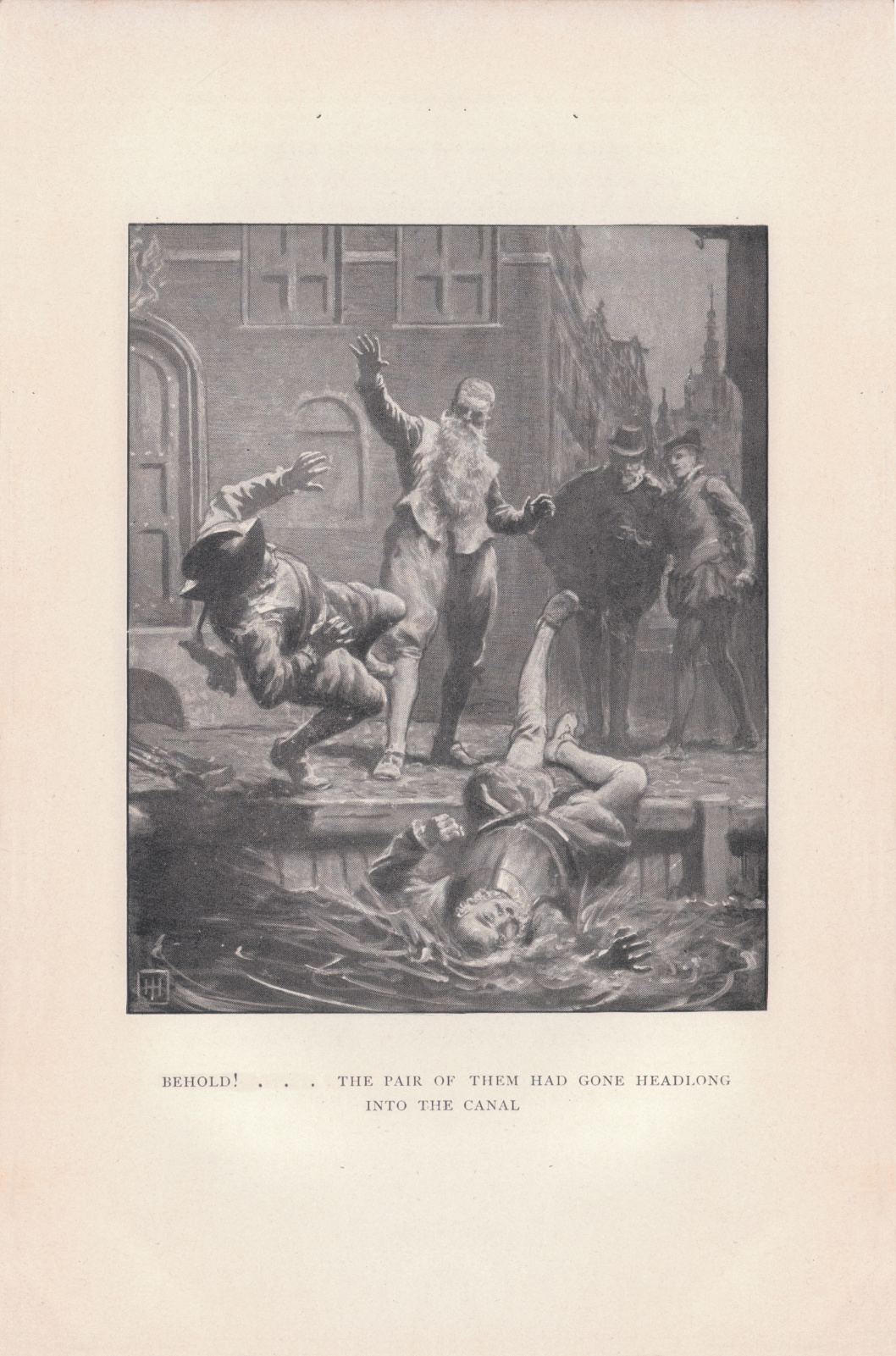